The driver of a £155,000 supercar had a lucky escape after their vehicle careered off a wet road and ploughed into a tree.

The McLaren 570GT, which has a top speed of 204mph, aquaplaned and flew off the A31 near Cadnam in the New Forest National Park, Hampshire, on December 29.

Hampshire Roads Policing team, who were called to the scene at 4.15am, shared an image of the luxury sports car, which had been stopped by a tree down at ditch, next to the caption: ‘Tree 1-0 McLaren.’

The driver, who has not been named, escaped without injuries but police issued a warning urging motorists to take extra care while driving in the area following torrential rain. 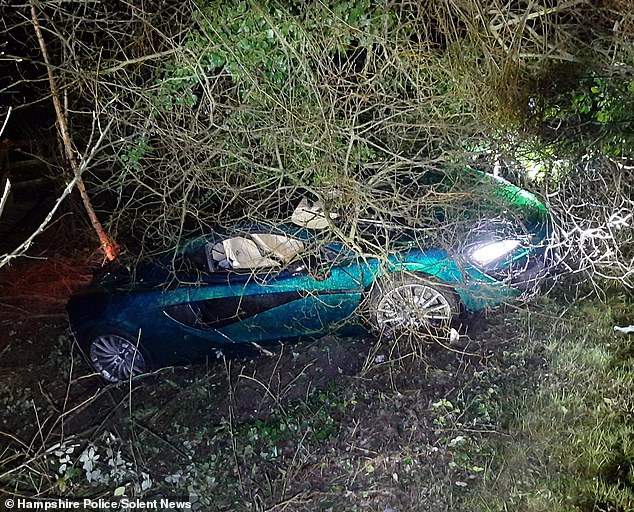 The McLaren 570GT aquaplaned and flew off the A31 near Cadnam in the New Forest National Park, Hampshire

In a message on Twitter the police said: ‘Please be careful on the roads this morning. There is still plenty of standing water around, causing a risk of aquaplaning.

‘Unfortunately the driver of this vehicle found this out the hard way on the #A31! Luckily driver was uninjured! Tree 1 McLaren 0 #ItsNotWorthTheRisk.’

A spokesperson for Hampshire Constabulary said: ‘We were called just before 4.15am on Dec 29 to a report of a Mclaren 570GT having left the road on the A31 near to the junction for the M27. Officers attended, no injuries were reported.’

The McLaren 570G, which can reach 60mph in just 3.3 seconds due to its powerful 3.8-litre twin-turbo V8 engine, is made from carbon fibre and boasts a 562 brake horsepower. 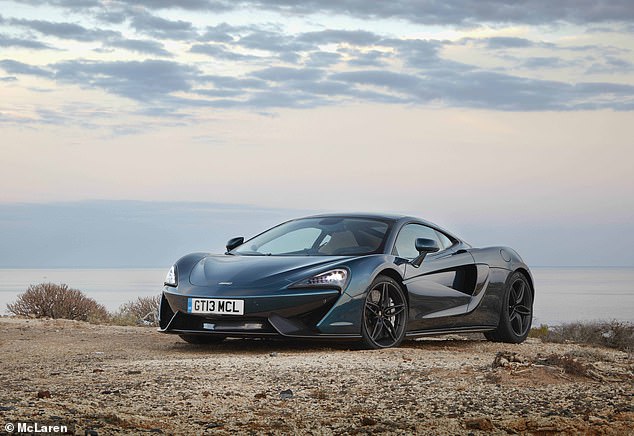 The McLaren 570G, which has a top speed of 204mph, is made from carbon fibre and boasts a 562 brake horsepower. (Stock image)

Aquaplaning, which is also known as hydroplaning, occurs when a build up of water in front of the car’s tyres creates a layer of liquid between the vehicle’s wheels and the road.

This layer causes the tyres to lose their grip on the road and can leave a driver unable to steer, brake or accelerate temporarily.

The risk of aquaplaning is affected by the driver’s speed, the tyre tread and the water levels on the road.

In the event of aquaplaning, the AA suggests drivers avoid slamming the brakes and slowly and gently ease off the accelerator, making sure to hold the steering wheel straight.