A drunk passenger forced a holiday flight to be diverted when he became abusive after cabin crew refused to sell him more alcohol.

The passenger was removed from a Jet2 flight, on its way from Belfast for Ibiza, by police after the pilot was forced to make landing in Toulouse, the airline said.

Other passengers said the man was part of a large stag party who queued up for the early morning flight carrying a blow up doll in front of families with young children. 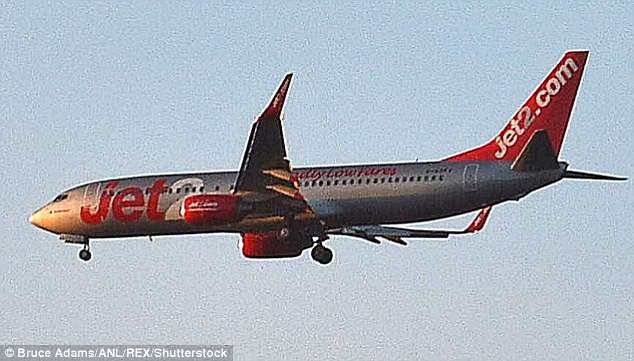 A Jet2 spokesman said the decision to divert was taken due ‘the deplorable behaviour of a particularly disruptive customer’, who has now been handed a lifetime ban.

A woman who was on the flight with her partner and four-month-old baby told the BBC that the man was part of a ‘large stag group’ that was ‘quite rowdy’ when they came on board.

She said the stag group were some of the last passengers to board the plane.

‘The captain introduced himself and gave a really stern warning and reiterated that only alcohol bought on board could be consumed on flight and duty free can’t be consumed.’

The passenger said the diversion doubled the length of their trip.

‘Passengers couldn’t get off the plane and it was roasting,’ she said. 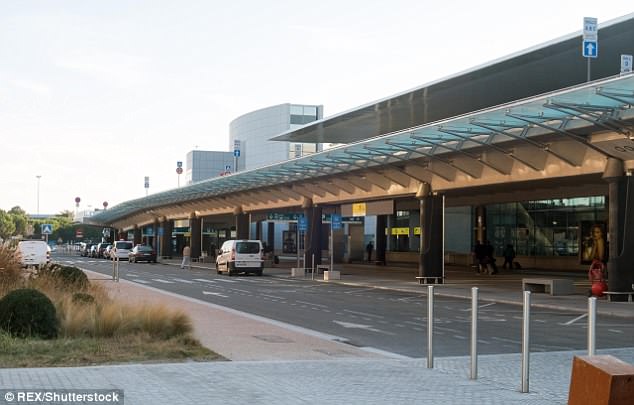 ‘All the babies and kids on the plane were so unsettled. Six hours in total when it should have been a three hour flight.’

Another passenger said one of the party on the flight was seen holding a blow up doll.

The passenger tweeted: ‘Nice one guys! Together with a blow up doll at 7am in front of my kids & long queues. Way to go!’

Phil Ward, managing director at Jet2.com said:  ‘We will not under any circumstances tolerate this type of disgraceful behaviour onboard our aircraft.

‘Fellow customers and families travelling for a well-earned holiday should not be subjected to this sort of behaviour and we sincerely apologise to all the other customers on that flight.

‘We will be taking further action in support of our crew to ensure the passenger is held accountable for his actions and indeed he has already received a lifetime ban from future Jet2.com flights.’