George Kanda’s barge that he lived on in Bradford-on-Avon, Wiltshire, was sunk after a party of “mindless yobs” in a hire boat collided into it on Friday evening. 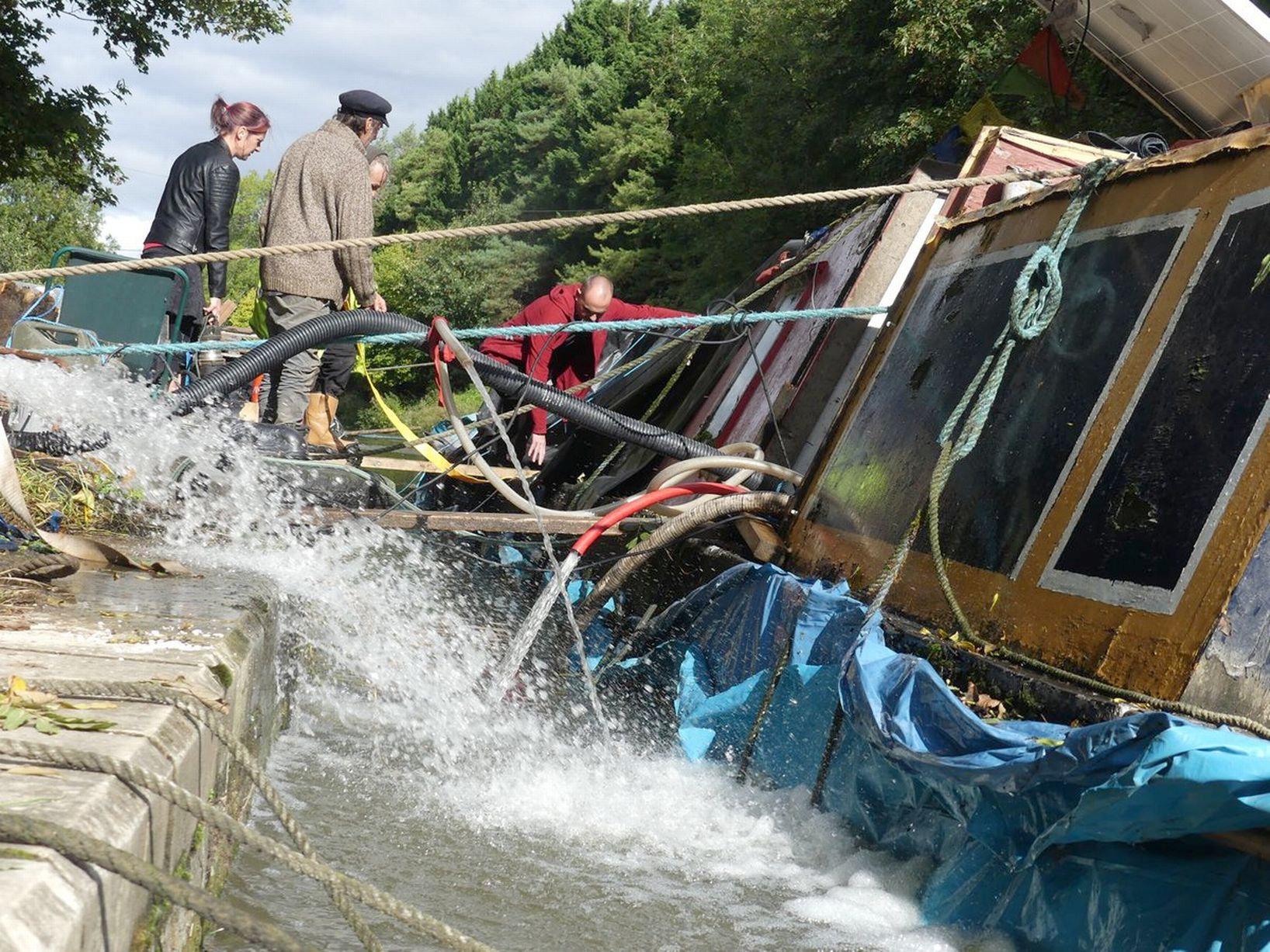 By Saturday morning his home was at the bottom of the Kennet and Avon Canal.

A man who wished to remain anonymous told Bath Live it was "another case of mindless yobbish behaviour on the canal by drunken stag parties in a hire boat".

"Apart from just being downright unpleasant and swearing at anyone who challenged them, they also managed to sink a boat at Bradford-on-Avon, leaving an elderly vulnerable boater homeless and losing all his possessions."

"This is not an isolated case. 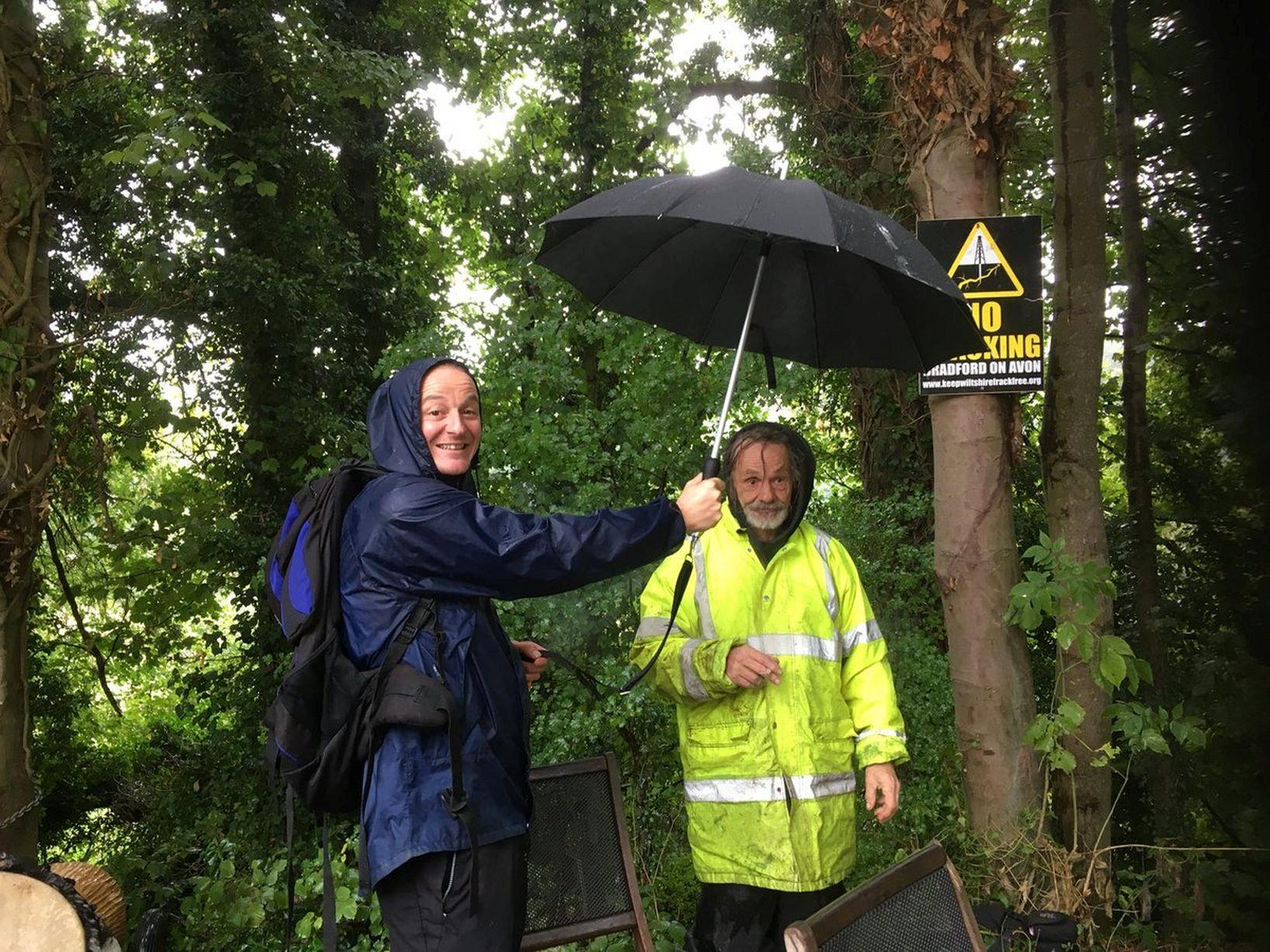 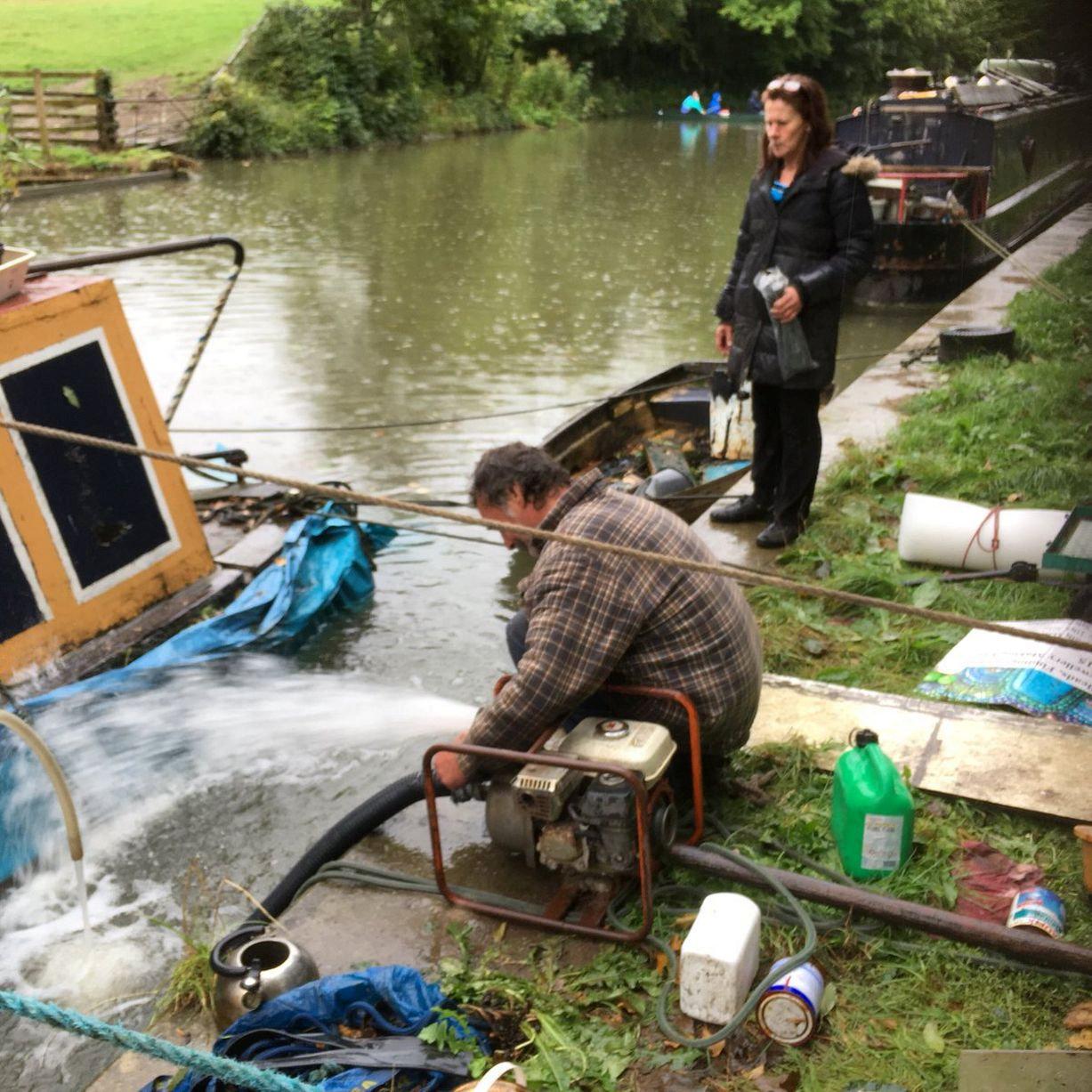 "Similar occurrences happen most weekends but the hire companies and Canal and River Trust seem unwilling or unable to come up with a solution."

Dru Marland wrote in a blog post: “Two hireboats had just come at speed round the bend from Bradford on Avon. They lost control and went into the offside bank; careered off with the use of poles and collided with Deb's boat, just up from mine.

"George, whose boat is just around the corner they'd come round, was following them.

"Their wake had thrown his boat around particularly badly and they were shouting abuse at him. 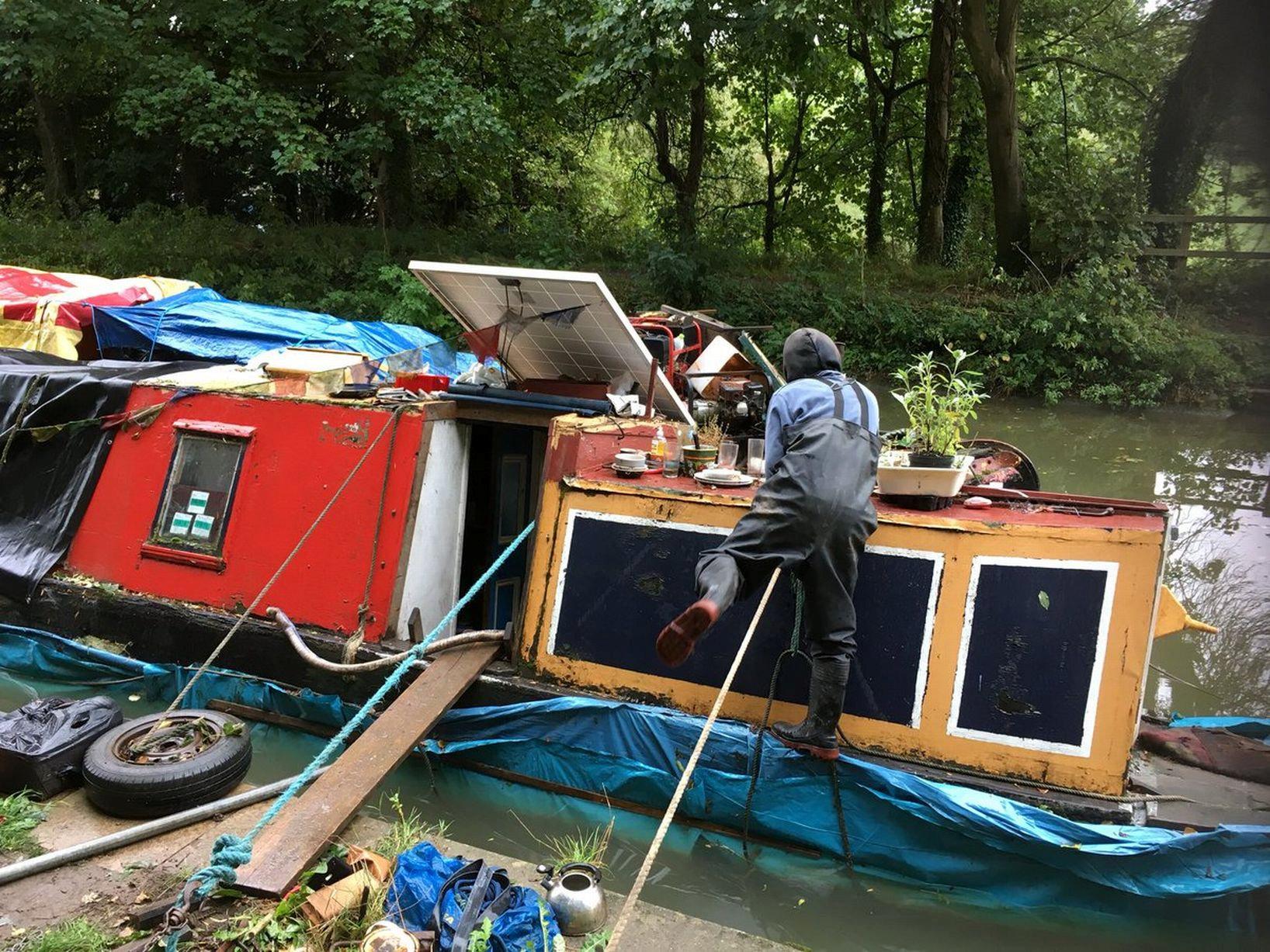 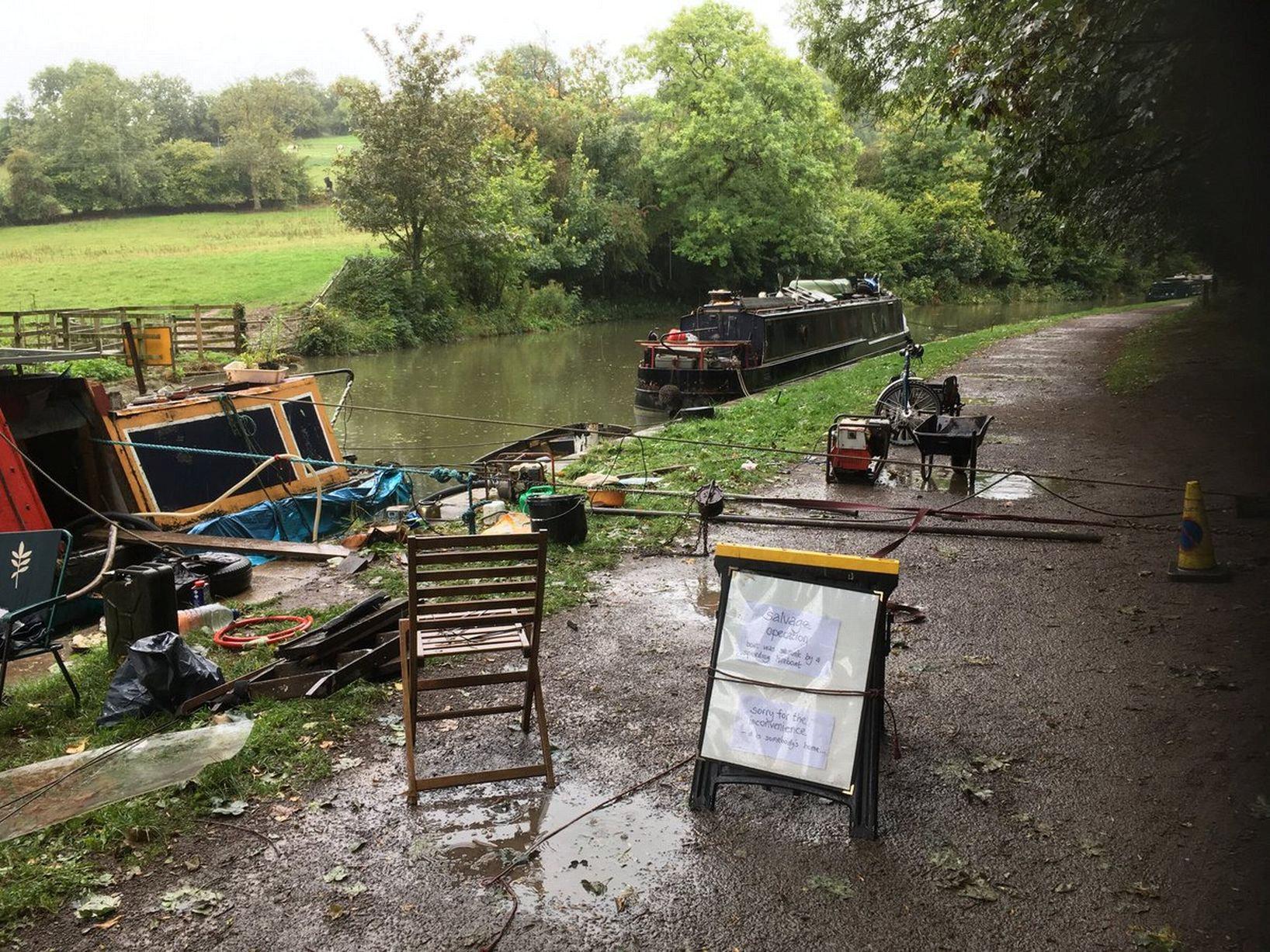 "'When was the last time you paid council tax? Are you on drugs?' and so on.

"They were drunk, and obviously enjoying the fun.

"'Do you want to say anything to me?' asked the young bloke on the bow of the first boat.

Attempts are now underway to salvage George’s home but so far have been unsuccessful.

Other boaters have joined together to provide the man with dry clothes and food.

A GoFundMe page has also been set up which has already raised £6,675.

Gypsy, traveller and boater coordinator for the Bath homeless charity Julian House Alice Young said: "This is the last straw really for the boating community.

"Every single weekend we have hire boats that come out and I would suggest that most of them are well behaved, really respectful and they're a pleasure to have.

"The challenge that we have got is the increase in popularity of stag boats: this unfortunate situation where it's lads on holiday for 48 or 72 hours with a large amount of alcohol involved and a lack of respect for their surroundings.

"When you've got that week in week out throughout the summer period it has a real negative impact on the lives of the people living in the community."