Drunk policewoman, 39, who attacked two of her colleagues in an alcohol-fuelled rage in her home while screaming ‘where’s my f*****g Jack Daniels?’ is struck off 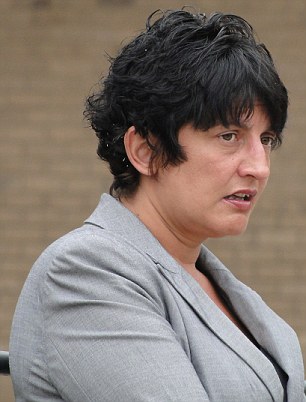 PC Sarinda Welsh, 39 (pictured outside court) admitted attacking PC Emma Cross and PC Amanda MacKerill when they carried out a welfare check at her house in Beldevere, south east London

A drunken police officer has been banned from the profession after assaulting two of her colleagues in an alcohol-fuelled rage when they went to check on her at home.

PC Sarinda Welsh, 39, admitted attacking PC Emma Cross and PC Amanda MacKerill when they carried out a welfare check at her house in Beldevere, south east London on January 9.

The former Bexley borough officer has been officially struck off after she handed in her notice earlier this year, given a 12-month community order, £385 fine and told to attend alcohol dependency meetings.

Bexley Magistrates Court heard that she threw a glass tumbler across the room, shouting ‘where’s my f***** Jack Daniels’ before reaching for a rack of knives.

She had to be pulled away from them by one of the female officers before she kicked the other who tried to put pyjama bottoms on her, magistrates were told.

Welsh also threw a baking tray across the room, but it narrowly missed both PC Cross and MacKerill.

Welsh was accused of conduct that breached the standards of professional behaviour relating to ‘authority, respect and courtesy’ ‘discreditable conduct’ at the hearing on August 29.

The chairman ordered Welsh should be dismissed without notice.

She was also convicted of assaulting her estranged long-term boyfriend Shane Gibson by clawing at his wrist at her home in April – a charge she denied.

She admitted communicating false information to the police on June 5, after claiming Mr Gibson had punched her in the head.

Prosecutor Denise Clewes told Bexley Magistrates earlier this year: ‘She had been off work for a period of time because of problems she was having. 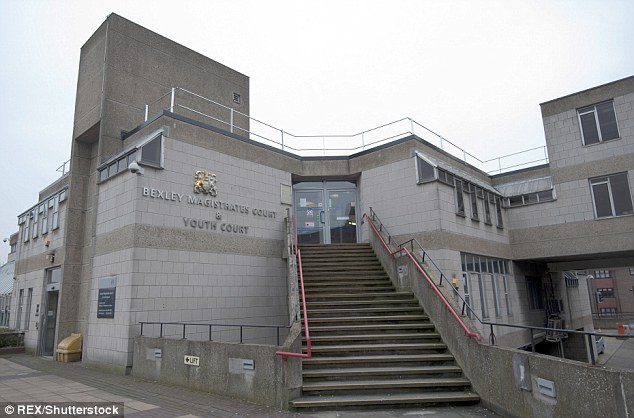 Bexley Magistrates Court (pictured) heard that she threw a glass tumbler across the room, shouting ‘where’s my f***** Jack Daniels’ before reaching for a rack of knives

‘She had been in rehab and was released the day before the first assaults.

‘Police officers visited her to carry out a welfare check and when they arrived they found she had been drinking.

‘She threw a glass tumbler that smashed against a wall and PC MacKerill says: “she was shouting and swearing.”

‘She reached for a knife rack and one of the officers pulled her back, fearing she would cut herself or someone else.

‘She swung a baking tray in the direction of the officer that did not hit the officer.’

They attempted to put pyjama bottoms on Welsh before taking her to the police station but she resisted.

‘Police were at the address again three months later. ‘Ms Welsh called them, saying her partner hit her in the face.

‘Mr Gibson answered the door and said she was drunk upstairs and had assaulted him while he was asleep.

‘He said he pushed her when she tried to wake him up and she fell to the floor. She then dug her nails into his wrist, causing a number of small scratches.

‘She said she had been punched in the head by Mr Gibson because she was drunk and had been drinking vodka and whiskey the night before and had been an alcoholic for a long time.

‘She said she woke him for work because he was lazy and he pushed her away and she fell to the floor and then called the police.’ 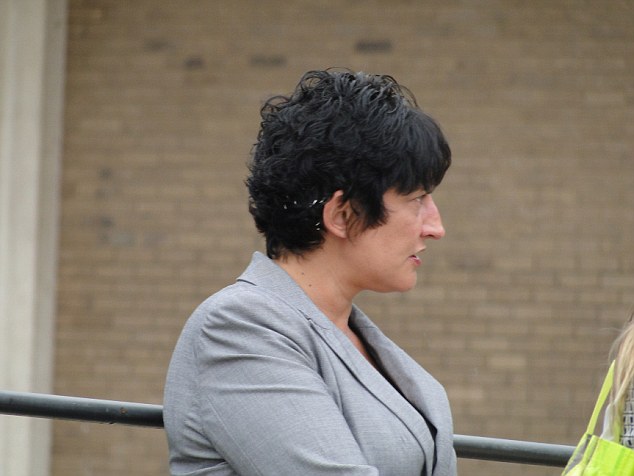 ‘When officers arrived her front door was open and Ms Welsh was asleep on the sofa and there was a strong smell of alcohol.

‘She was very confused and said Mr Gibson had punched her to the head and left.

‘An ambulance was called and Welsh did not make a statement against her boyfriend to police, who became increasingly suspicious about her claim.

‘Mr Gibson was able to prove he was in Bristol all day and showed a receipt for coffee he bought on the M4 half an hour before the police were called.’

Her lawyer Heather Oliver told the court: ‘She is a woman of impeccable character, having served twelve years with the police and before that was a legal secretary.

‘She has expressed remorse and embarrassment and accepts she was reckless rather than having an intention to hurt the officers.

‘On officer was trying to put her pyjama bottoms on and she was lashing out and caught her with her bare foot.’