E-scooters face pavement ban: Battery-powered two-wheelers should be fully legalised within 18 months… but NOT on footpaths, MPs say

E-scooters should be fully legalised within 18 months but must be kept off footpaths, MPs said yesterday.

They believe that while the battery-powered two-wheelers help cut car journeys and pollution, they are a severe risk when used on pavements.

Since July, the law has allowed local councils to authorise the use of rented scooters on roads, cycle ways and tracks on a trial basis. 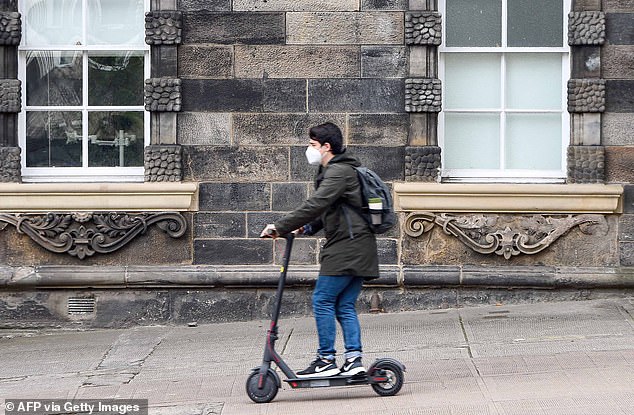 E-scooters should be fully legalised within 18 months but must be kept off footpaths, MPs said yesterday

Areas including Teesside, Hartlepool, Milton Keynes, Northamptonshire and the West Midlands have signed up.

Safety helmets are recommended but not compulsory, speed must be limited to 15.5mph and riders need a full or provisional car, motorcycle or moped licence.

Privately owned models can be legally used only on private land with the permission of the owner.

However, the restrictions are being widely ignored as e-scooters whizz around on both roads and pavements.

The transport committee has now called for nationwide legalisation, including for privately owned models and for people without driving licences.

Chairman Huw Merriman said: ‘E-scooters have the potential to become an exciting and ingenious way to navigate our streets and get from place to place.

‘If this gets people out of the car, reducing congestion and exercising in the open air, then even better.’

But he added: ‘We need to ensure that their arrival on our streets doesn’t make life more difficult for pedestrians, and especially disabled people.’

The committee also said that e-scooters should be promoted only as an alternative to short car journeys and not to healthy forms of transport such as walking and cycling. 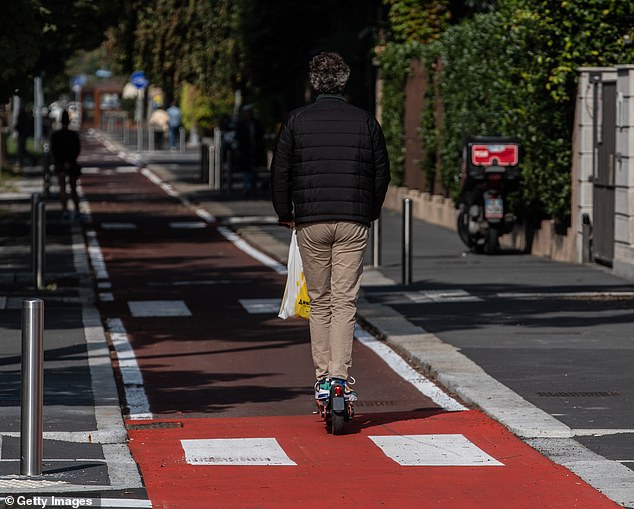 They believe that while the battery-powered two-wheelers help cut car journeys and pollution, they are a severe risk when used on pavements

Rental operator Lime says that 8 per cent of e-scooter trips have replaced car or taxi journeys across Paris, Lyon and Marseille and 21 per cent in Lisbon.

But in France 44 per cent of users said they would have walked if an e-scooter had not been available for their trip.

The transport committee said there must also be a docking system to prevent ‘street clutter’ with scooters abandoned on pavements, as has happened with many dockless systems across Europe.

AA president Edmund King said: ‘We support the legalisation of e-scooters for use on the public highway, as long as certain safety criteria are met.’