Egypt bombshell: How body of ancient pharaoh was discovered ‘intact’ by archaeologists

Ramses II was the third pharaoh of the Nineteenth Dynasty in Egypt. Often regarded as the greatest and most celebrated rulers of the New Kingdom, he led several military expeditions into surrounding countries to strengthen the empire. He was buried in the Valley of the Kings, near the west bank of the Nile, but this is not where his body was found. Tony Robinson revealed during his new Channel 5 series how we know so much about this great pharaoh.

He said earlier this month: “Ramses had more than 60 years on the throne and left us with more statues and images of himself than any other pharaoh.

“It’s absolutely sensational, imagine when this whole thing had got a sandstone roof to keep out the Sun.

“[It would have been] quarried and prepared at Gebel el-Silsila.” 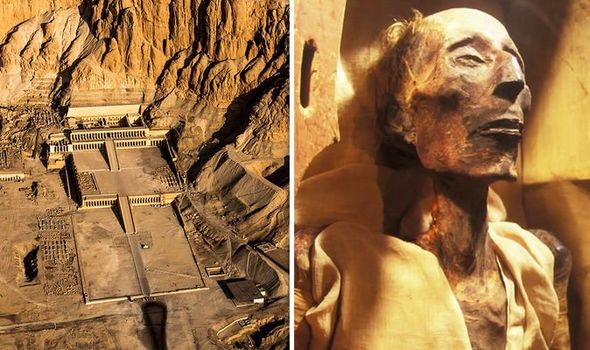 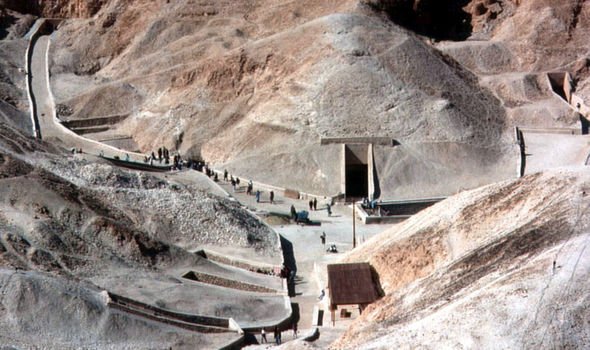 Mr Robinson detailed how Ramses II was buried in the famous valley, which was explored in 1821.

However, that is not where they found his body.

He added: “I’m not here just to look at temples, I’m on the hunt for big tombs.

“Just across the river from Luxor lies the Valley Of The Kings, where Ramses himself was buried.

“One of the few pharaoh’s whose body has survived largely intact.”

It has since emerged that the pharaoh’s body was moved to a royal cache.

Also known as tomb TT3BO, this ancient burial chamber is located next to Deir el-Bahri, in the Theban Necropolis, opposite the modern city of Luxor.

It also contains the last resting place of High Priest of Amun Pinedjem II, his wife Nesikhons, and other close family members.

In addition to an extraordinary collection of mummified remains and funeral equipment of more than 50 kings, queens, and other New Kingdom members of the royalty.

During the same series, it was revealed how the tomb of an ancient Egyptian ruler left archaeologists scratching their heads. 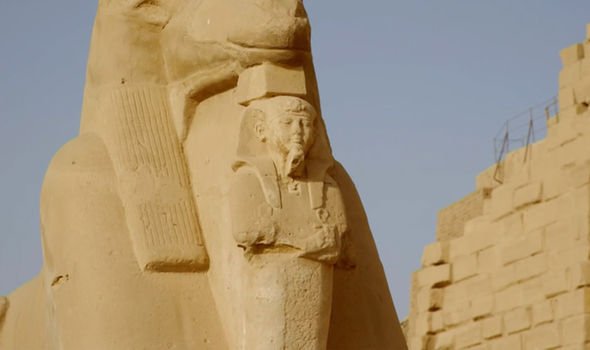 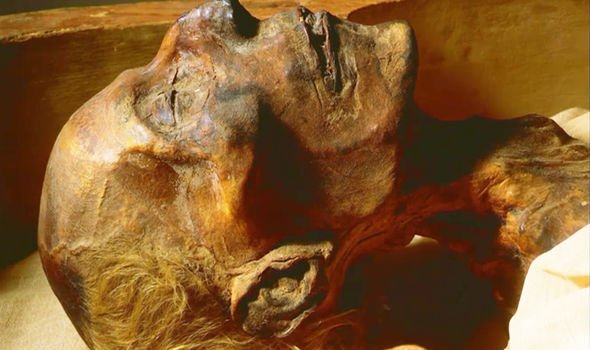 “Some 700 years before the times of Ramses, Ipi held the exotic title of Vizier to the Pharaoh.

As Prime Minister, Ipi’s tomb reflects his status – it is huge.

“The last time archaeologists were here was nearly 100 years ago.

“They spend just a few days in this tomb, and there’s plenty they didn’t find.”

However, Mr Robinson revealed how the body of Ipi has never been recovered.

He continued: “This is a surprise – suddenly it plunges away – the tomb extends 40 metres into the mountain and 20 metres down.

“After the day of Ipi’s funeral, no one was supposed to go where we are now – his burial chamber.

“This giant stone sarcophagus would once have contained Ipi’s mummy.

“But we know very little about him, beyond his name, as his mummy went missing 4,000 years ago.”