Archaeologists found the well-preserved and finely painted tomb near the Egyptian town of Sohag, and unveiled their discovery on Friday. Around 50 mummified animals were discovered in the tomb. The tomb is believed to have been built for a senior official named Tutu and his wife, and is one of the seven discovered in the area since last October, where authorities found smugglers illegally digging for artefacts. Archaeologists also uncovered two mummies of a middle-aged woman and a young boy, which have now been put up for display outside the burial chamber.

The tomb is thought to have come from the early Ptolemaic period, dating as far back as 350BC.

The painting depicts funeral processions and images of workers plowing in the fields, as well the man’s family records written in hieroglyphics – the formal writing system in ancient Egypt.

Mostafa Waziri, secretary-general of Egypt’s Supreme Council of Antiquities, said the “beautiful, colourful tomb” was one of “one of the most exciting discoveries ever in the area.”

He said: “The tomb is made up of a central lobby, and a burial room with two stone coffins. The lobby is divided in two. 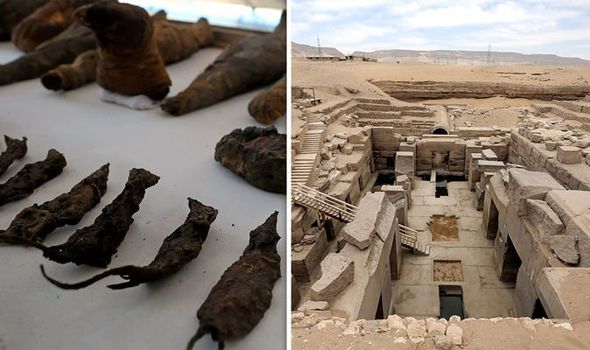 “It shows images of the owner of the burial room, Tutu, giving and receiving gifts before different gods and goddesses.

“We see the same thing for his wife, Ta-Shirit-Iziz, with the difference that (we see) verses from a book, the book of the afterlife.”

Ptolemaic rule spanned about three centuries until the Roman conquest in 30 B.C. 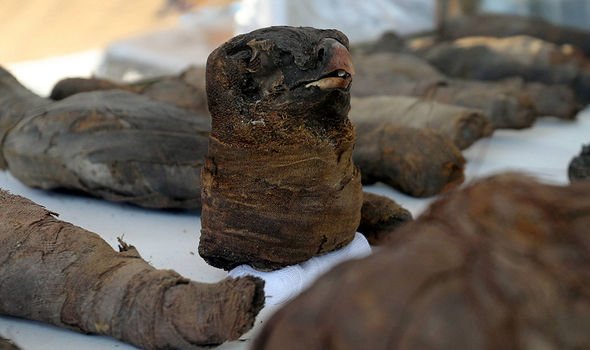 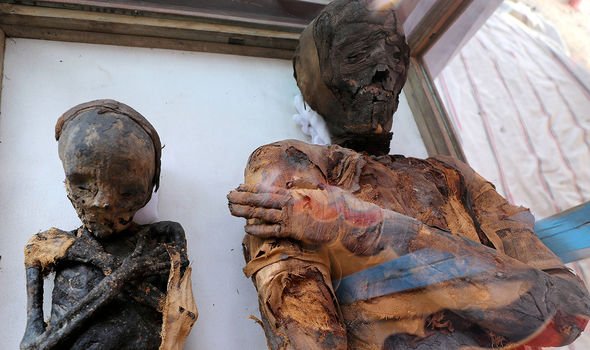 The burial chambers were said to be in good condition, archaeologists said, shedding a light on how ancient Egyptians lived thousands of years ago.

The mummies were believed to have been upper-middle class Egyptians, as the mummification process and burial chamber appeared to have been sophisticated.

Cleopatra belonged to the Macedonian Greek dynasty of the Ptolemies, with European origins dating back to northern Greece.

Ancient Egypt is famous for its incredible artefacts, ranging from impressive tombs and pyramids, drawing in millions to its tourism industry.