Today Muslims all over the world are celebrating Eid al-Adhar – 'Greater Eid' – the tenth day of the holy month, coinciding with the Hajj pilgrimage from Medina to Mecca. 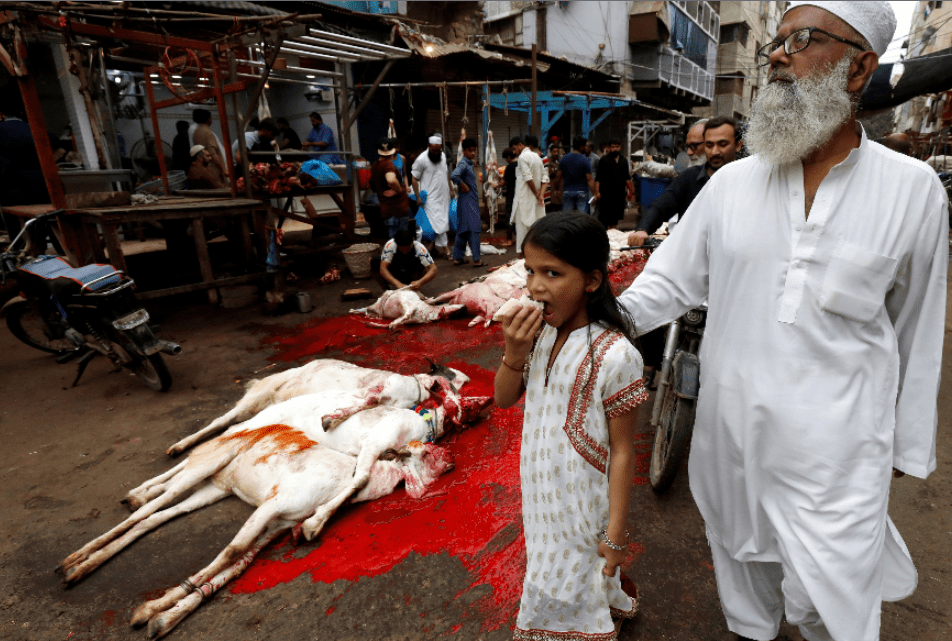 Gruesome photos depict the ritual bloodshed of animals in the name of a global Islamic tradition that has been branded "cruel and abhorrent".

Beheaded cows and goats leave streams of blood as they are dragged through the streets of countries including Pakistan, Iran, Bangladesh and Malaysia to the applause of worshippers observing an annual holy rite of passage.

Children stand as spectators to huge beasts making a last and desperate bid for freedom before falling under the bloody blades of butchers.

The custom is undertaken to replicate the willingness of the prophet Abraham to murder his son Ishmael (Isaac in Christianity) under Allah's orders. 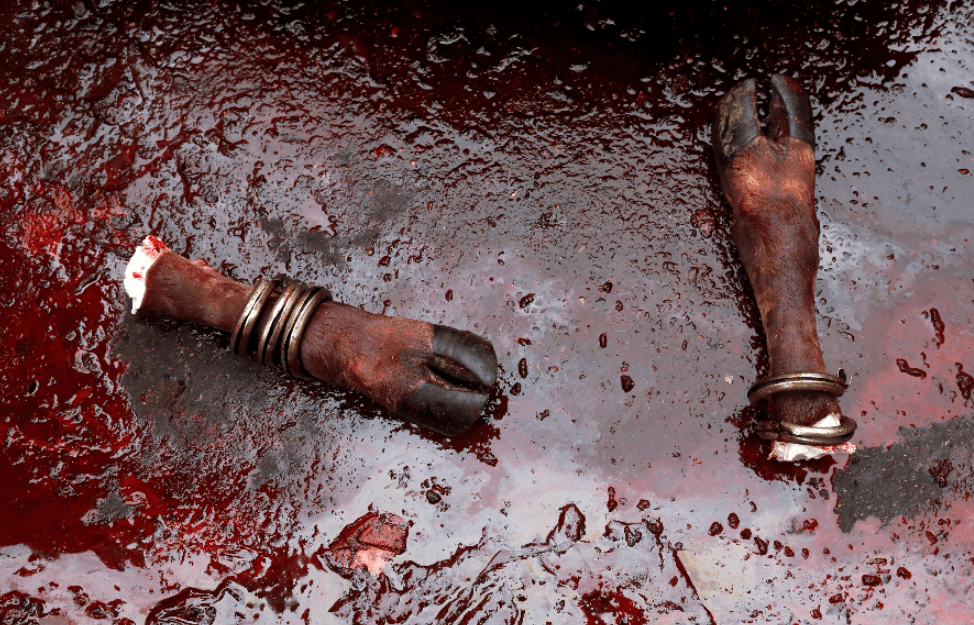 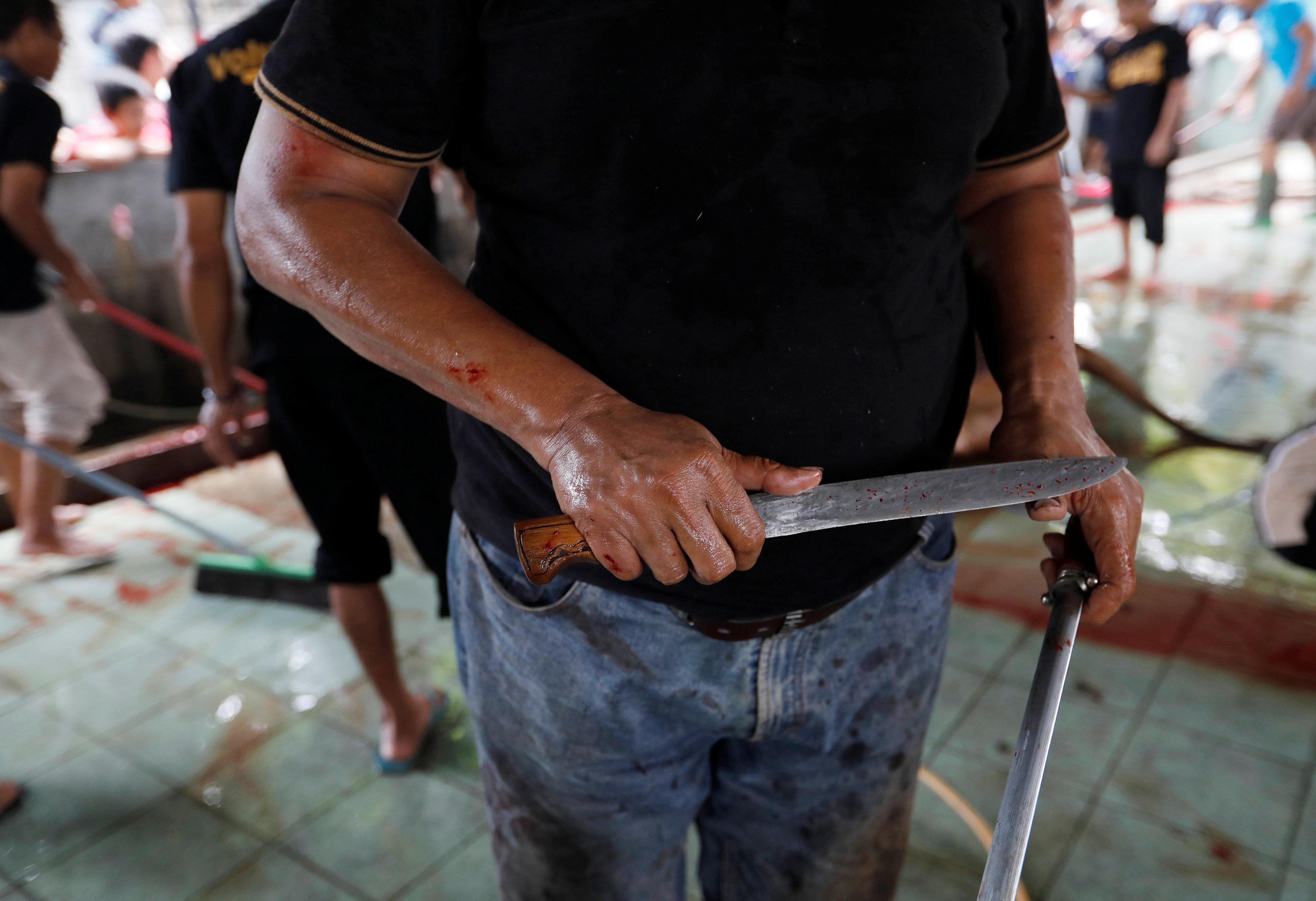 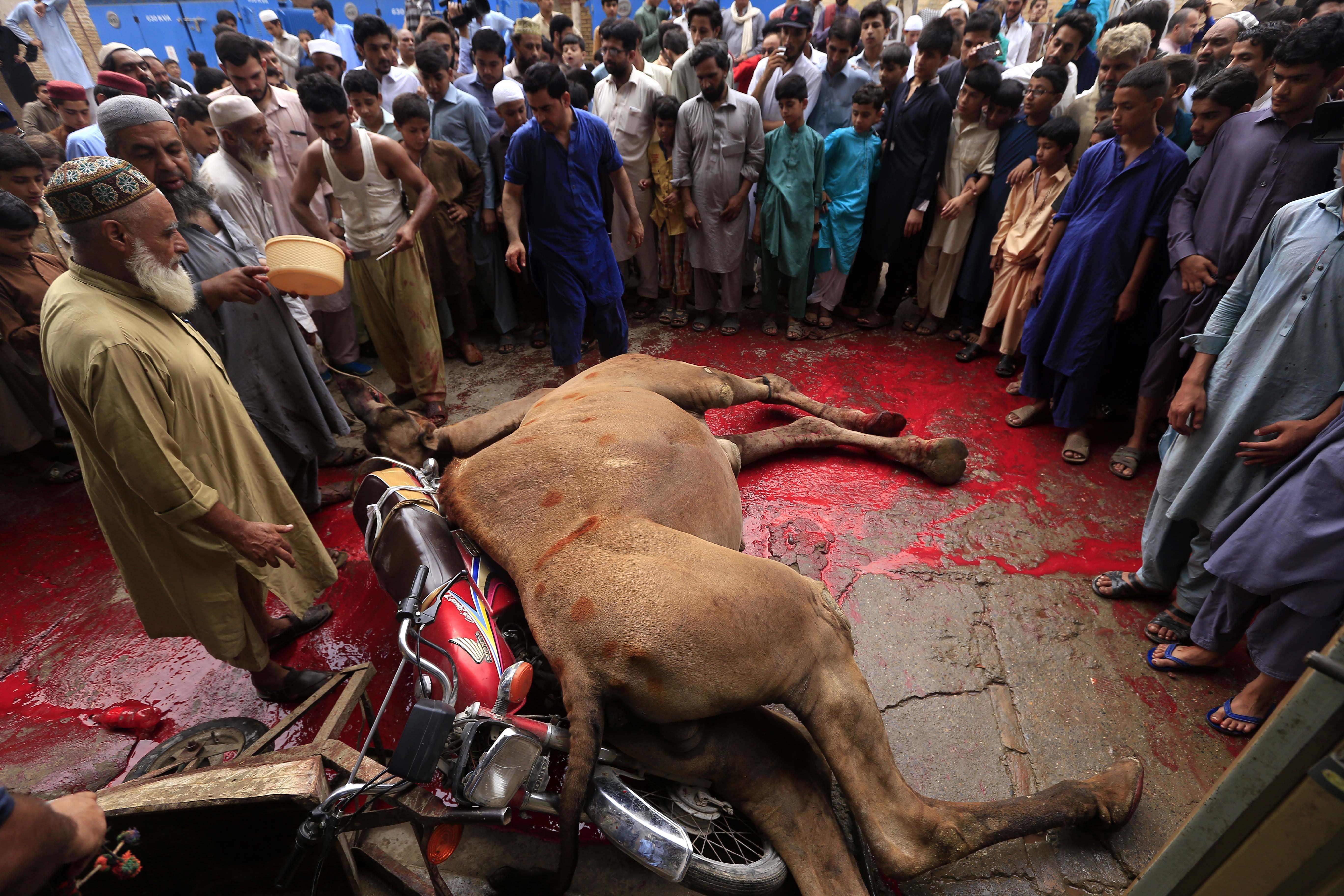 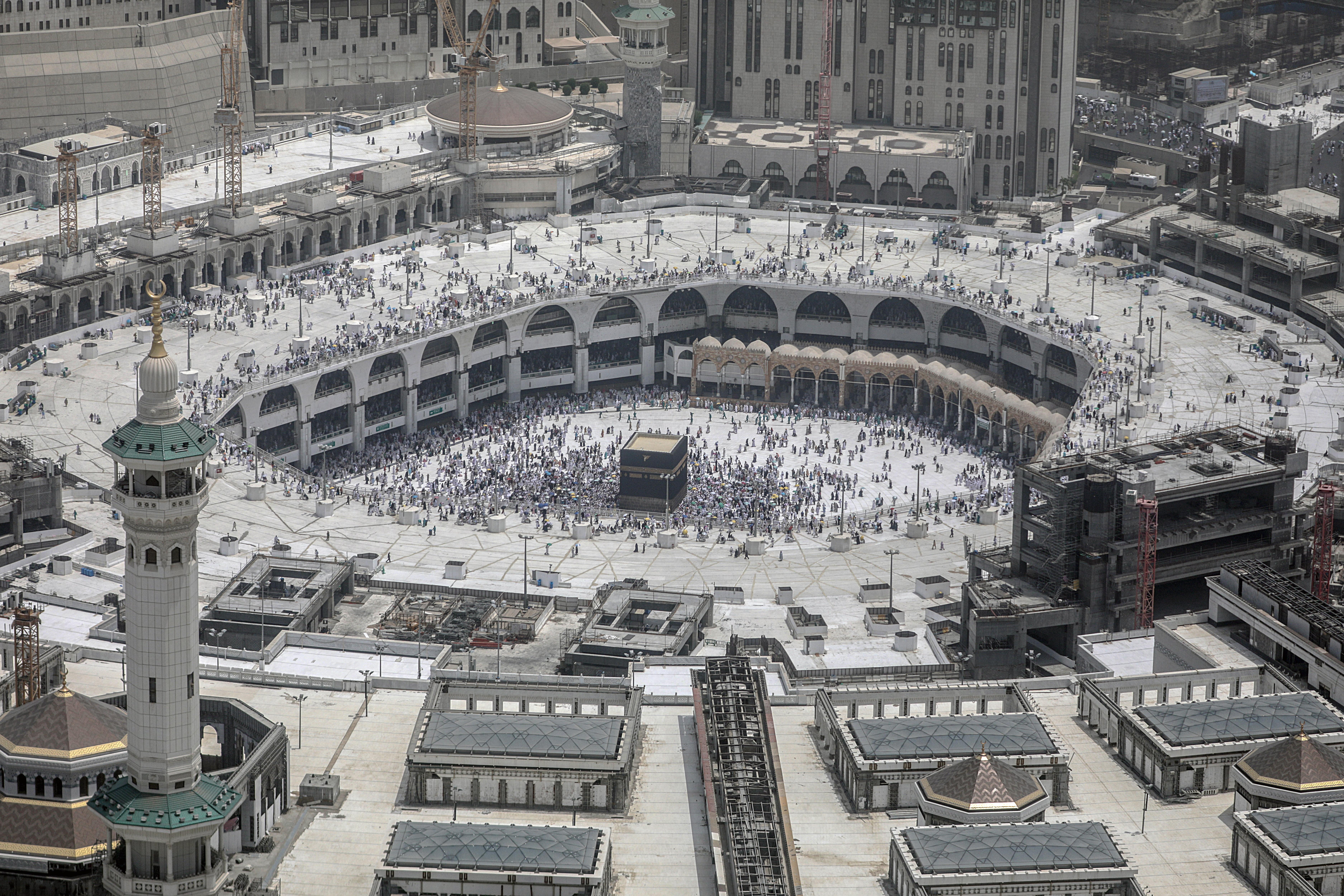 In the Koran, Allah instructed Abraham to sacrifice his own son to demonstrate his loyalty and obedience to God.

Modern Muslims believe that by slaying beasts and carving up their corpses, they are reminding themselves that they should not be distracted by material possessions and should instead provide their utmost devotion to Allah.

The slain mammal is then cut into thirds, with one third given to the poor and hungry, one given to family friends and relatives and the final piece enjoyed by the family who owned the animal.

This Islamic 'sunnah' (custom or tradition) is observed in countries all over the world – but it is often a fiercely controversial practice depending on in which country it is followed. 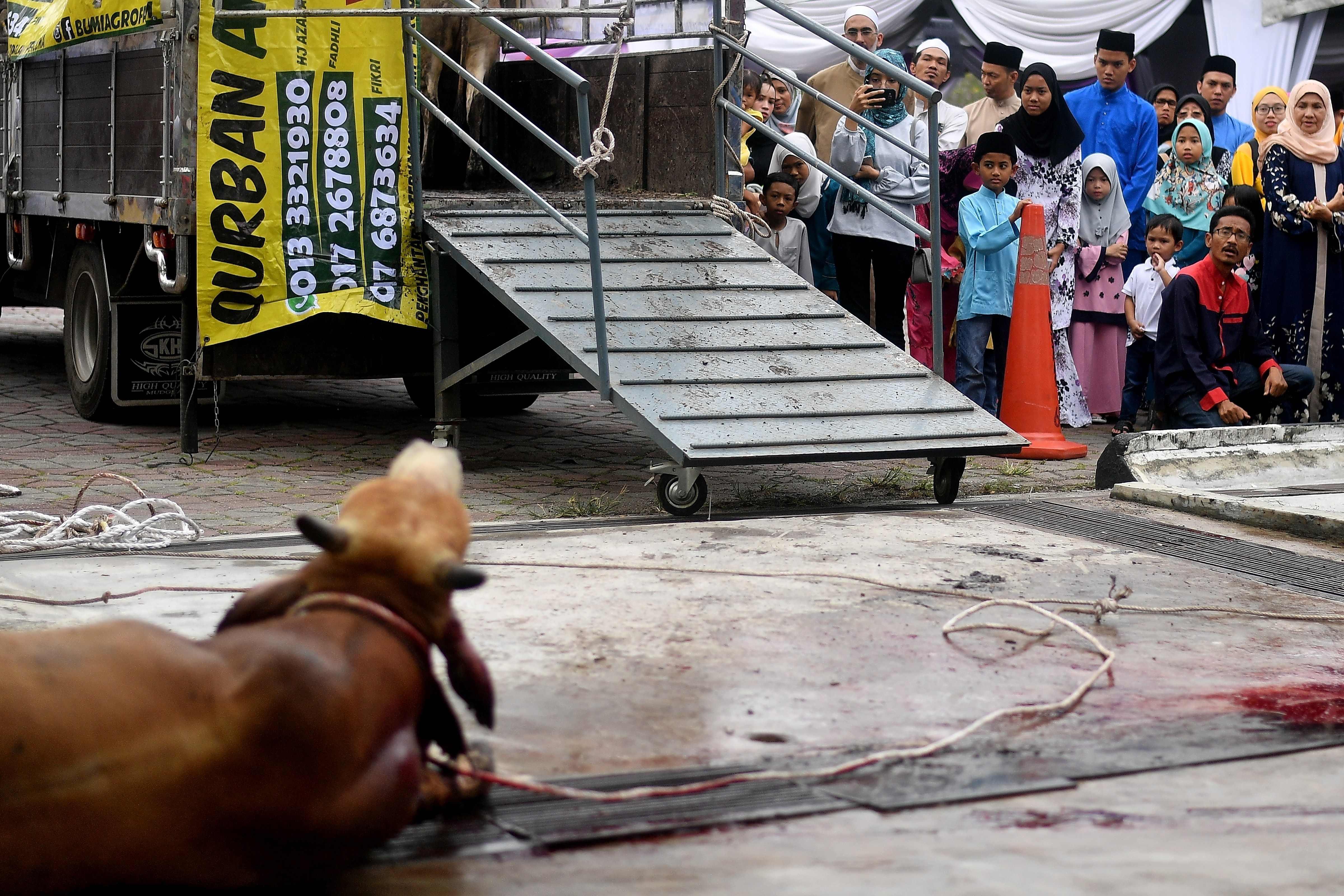 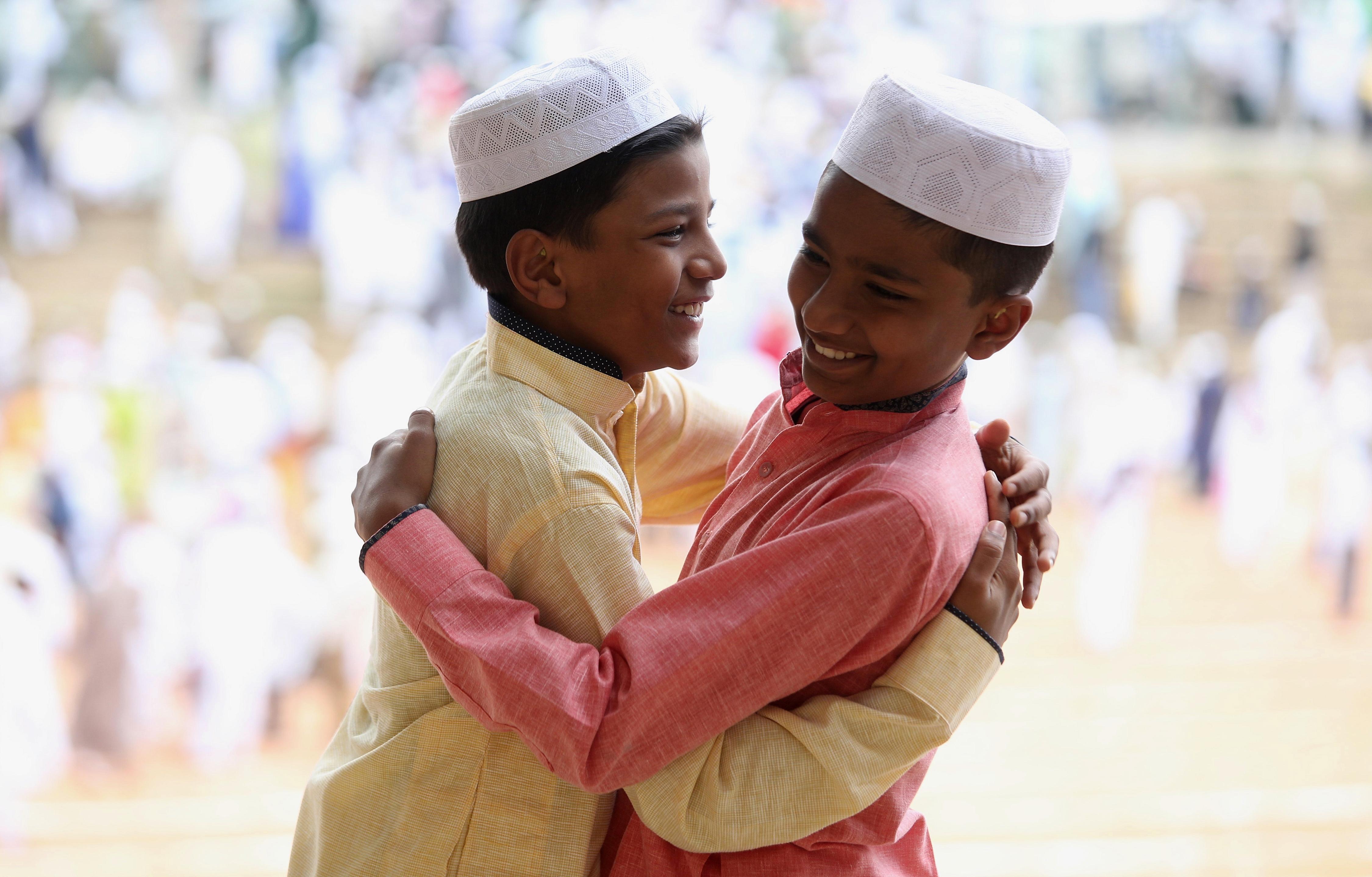 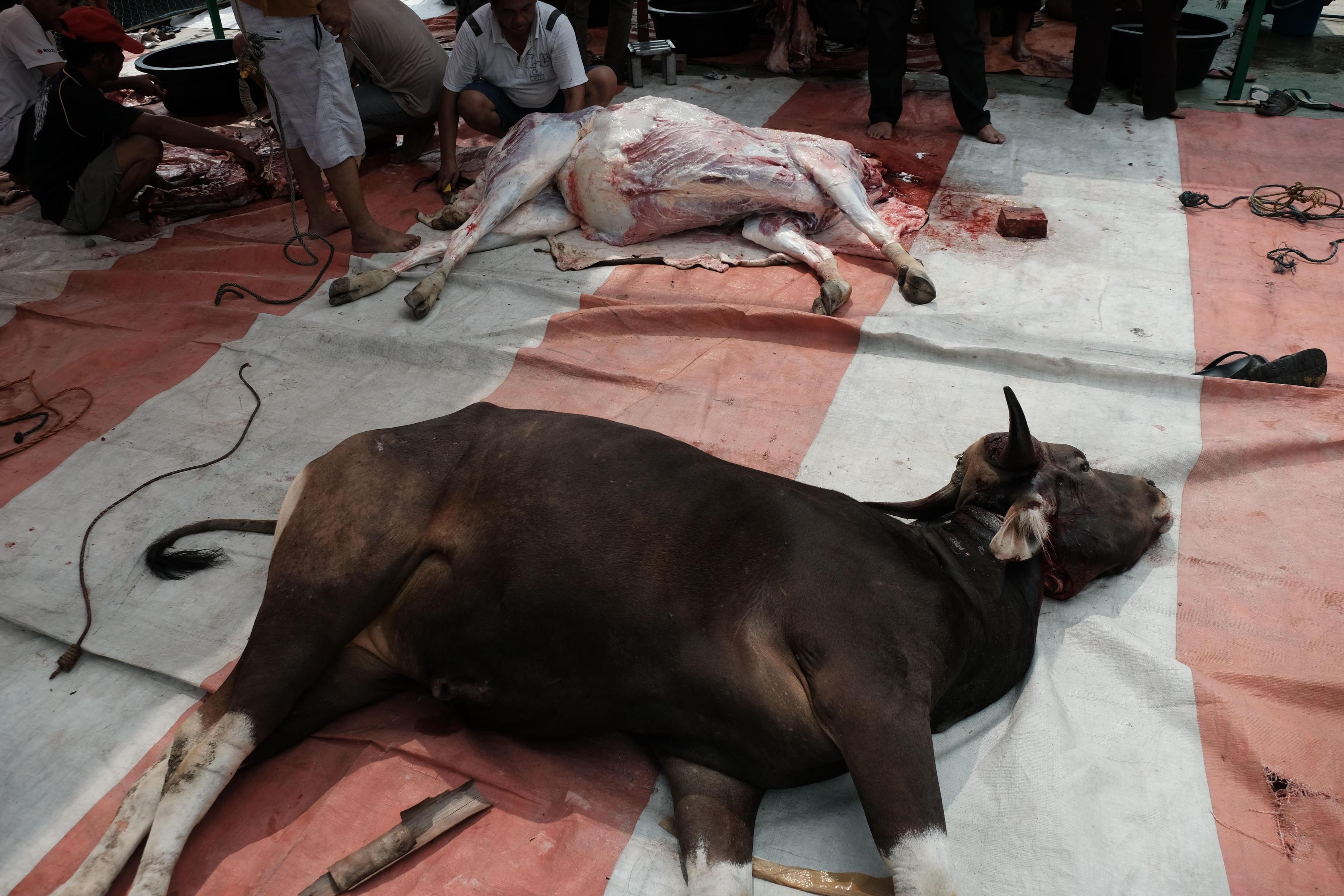 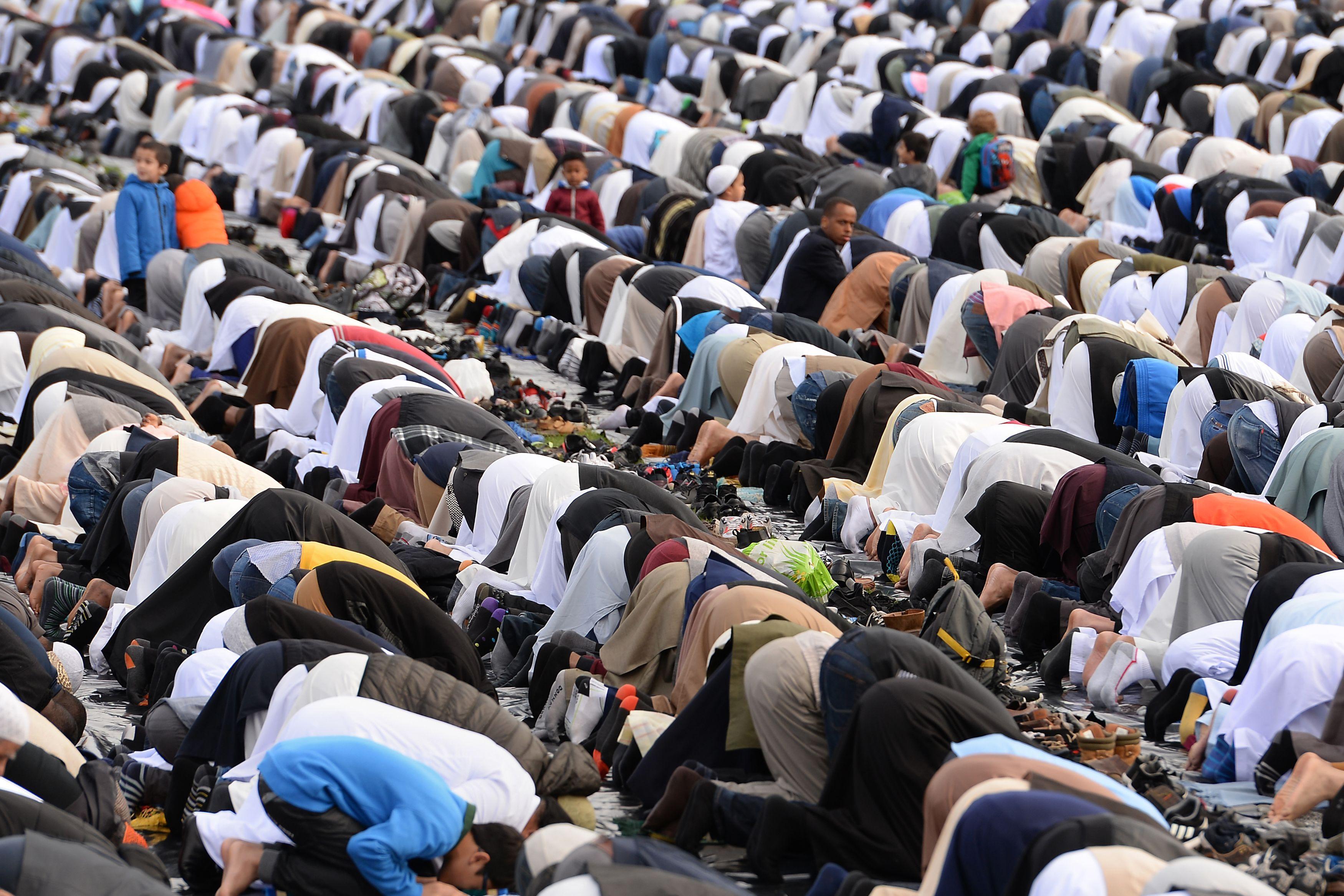 What is Eid al-Adha festival?

Eid al-Adha means 'Greater Eid' and marks the end of the Islamic pilgrimage Hajj, the annual trip from Medina to Mecca undertaken by Muslims from all over the world.

The date is one of the holiest in the Muslim calendar in which millions of Muslims convene to feast and celebrate in their best clothing. 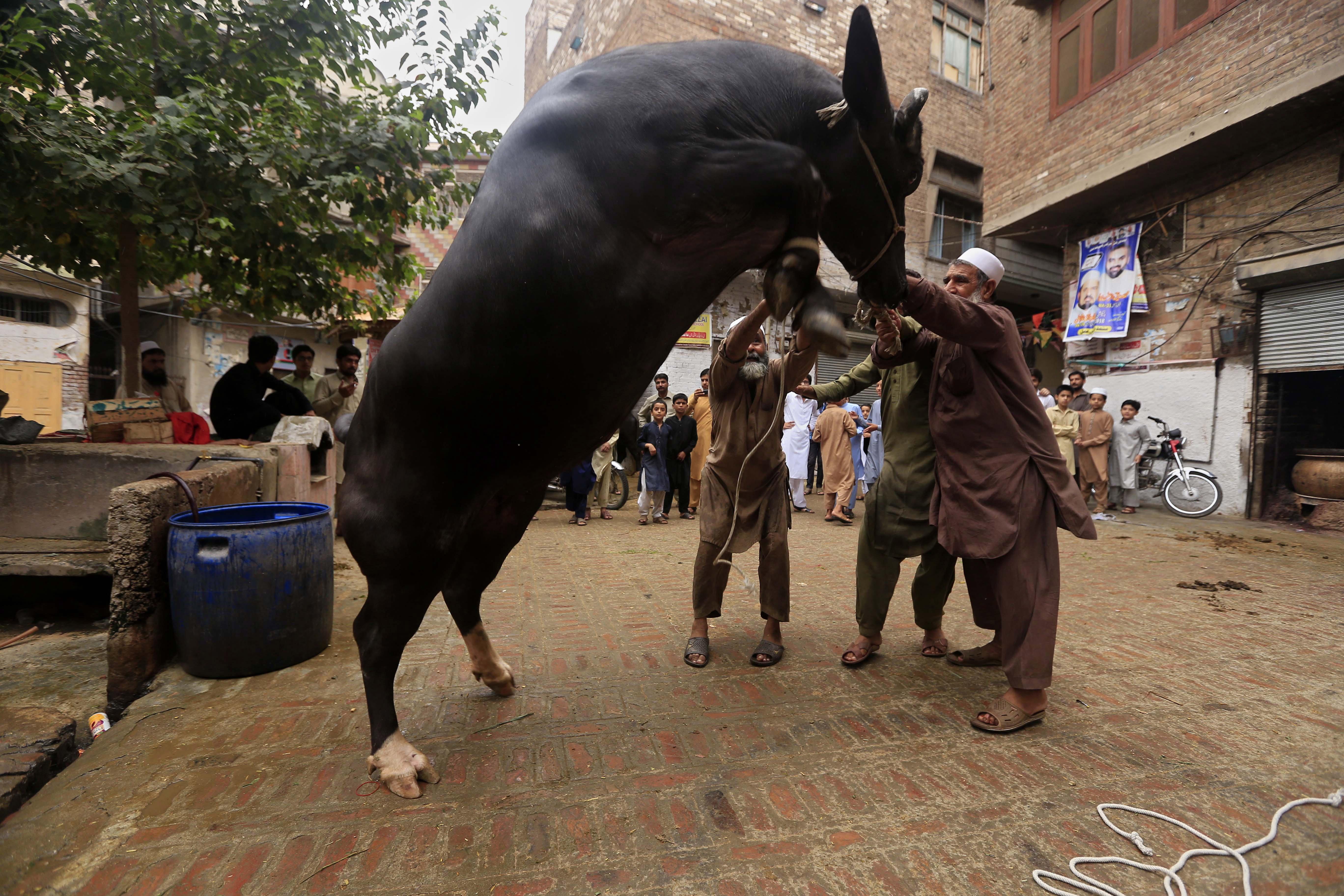 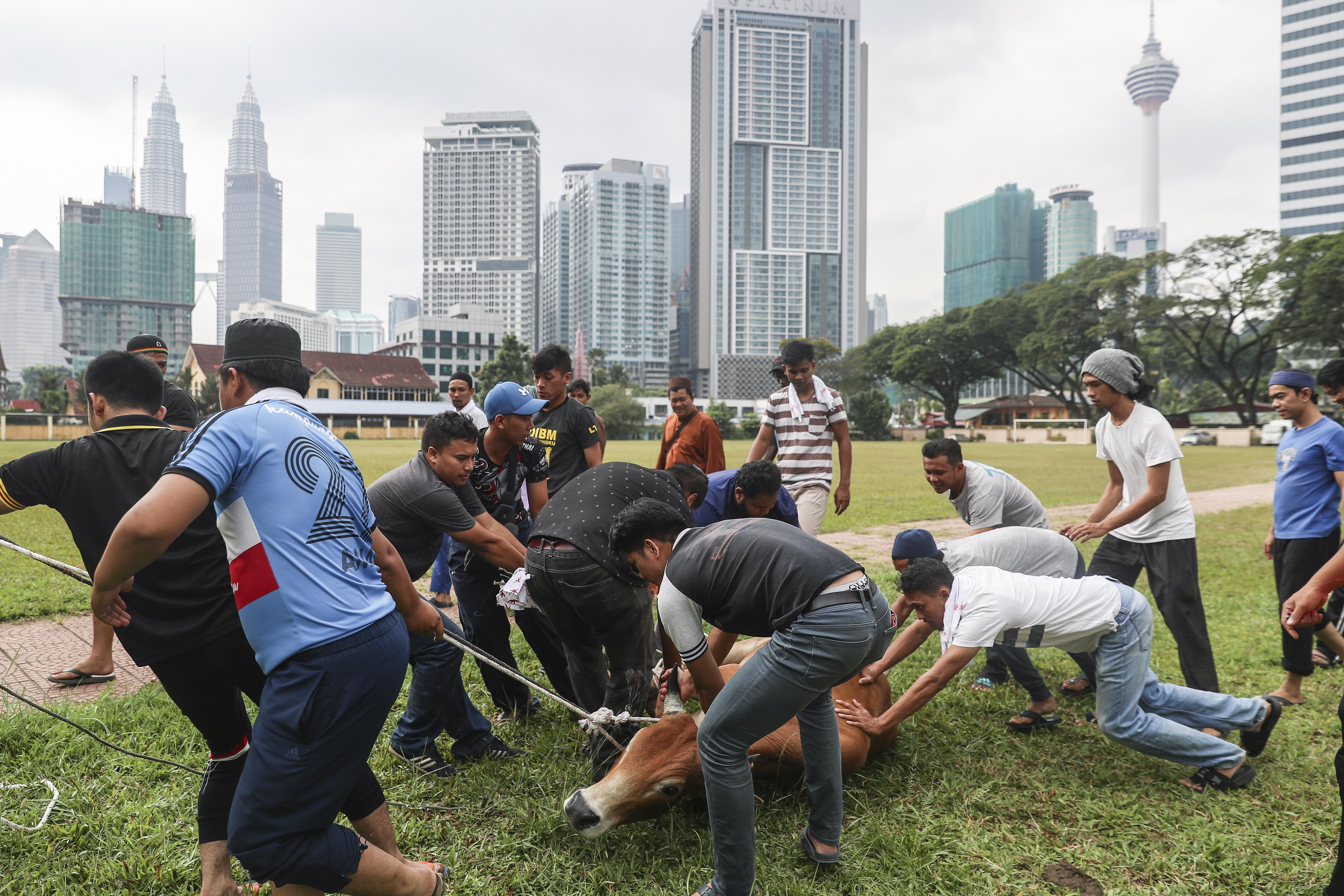 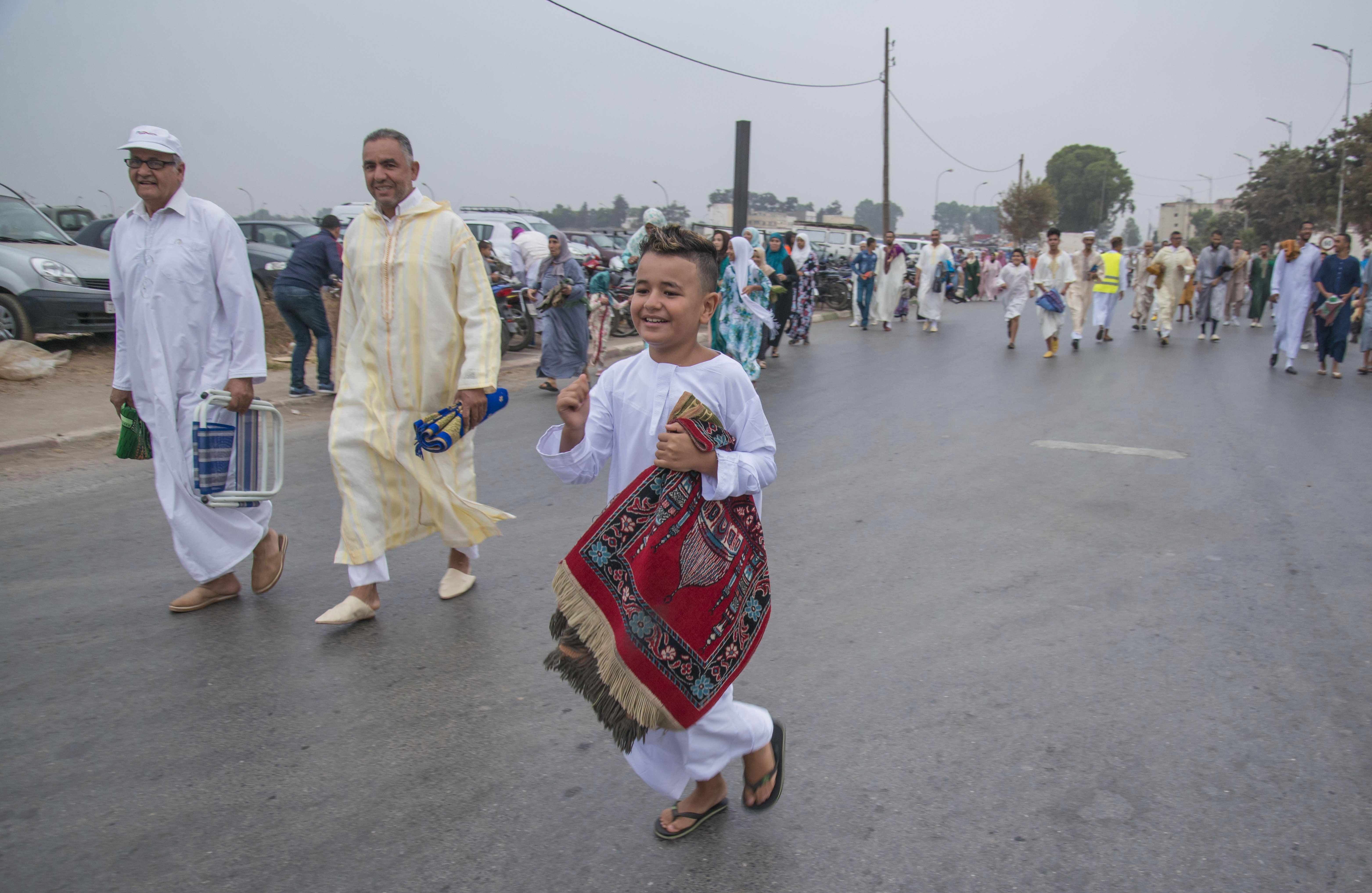 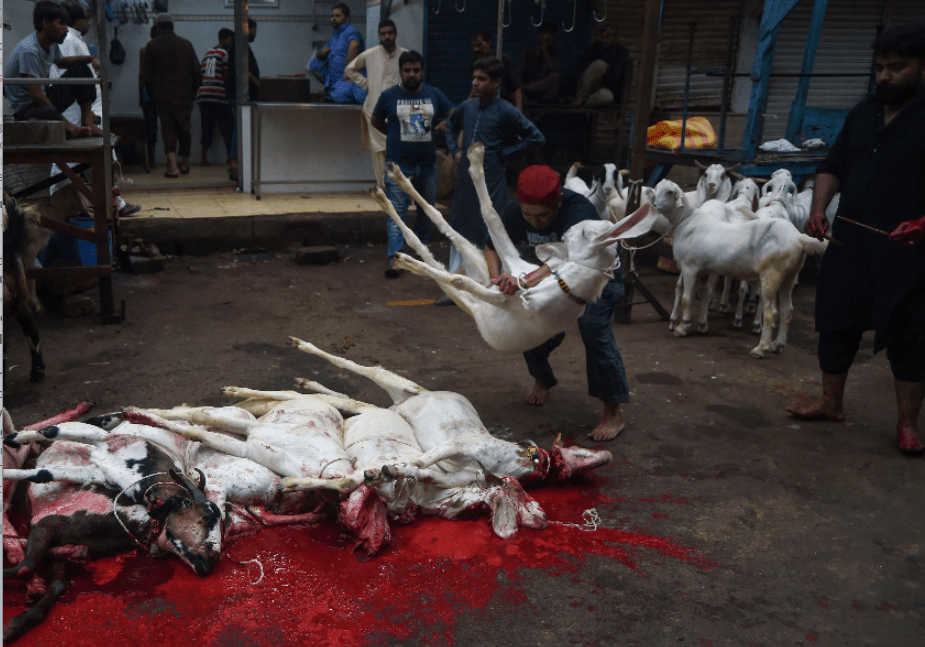 In 2018 Eid al-Adhar will begin in the evening of August 21 and end four days later on August 25. The festival normally lasts for four days but public holidays vary around the world – with Arab countries observing a nine-day public holiday.

Why are animals slaughtered during the event?

In the story, Abraham is initially distressed by the instruction and turns to his marked son Ishmael for advice. Ishmael strongly advises his father to honour Allah's wishes. 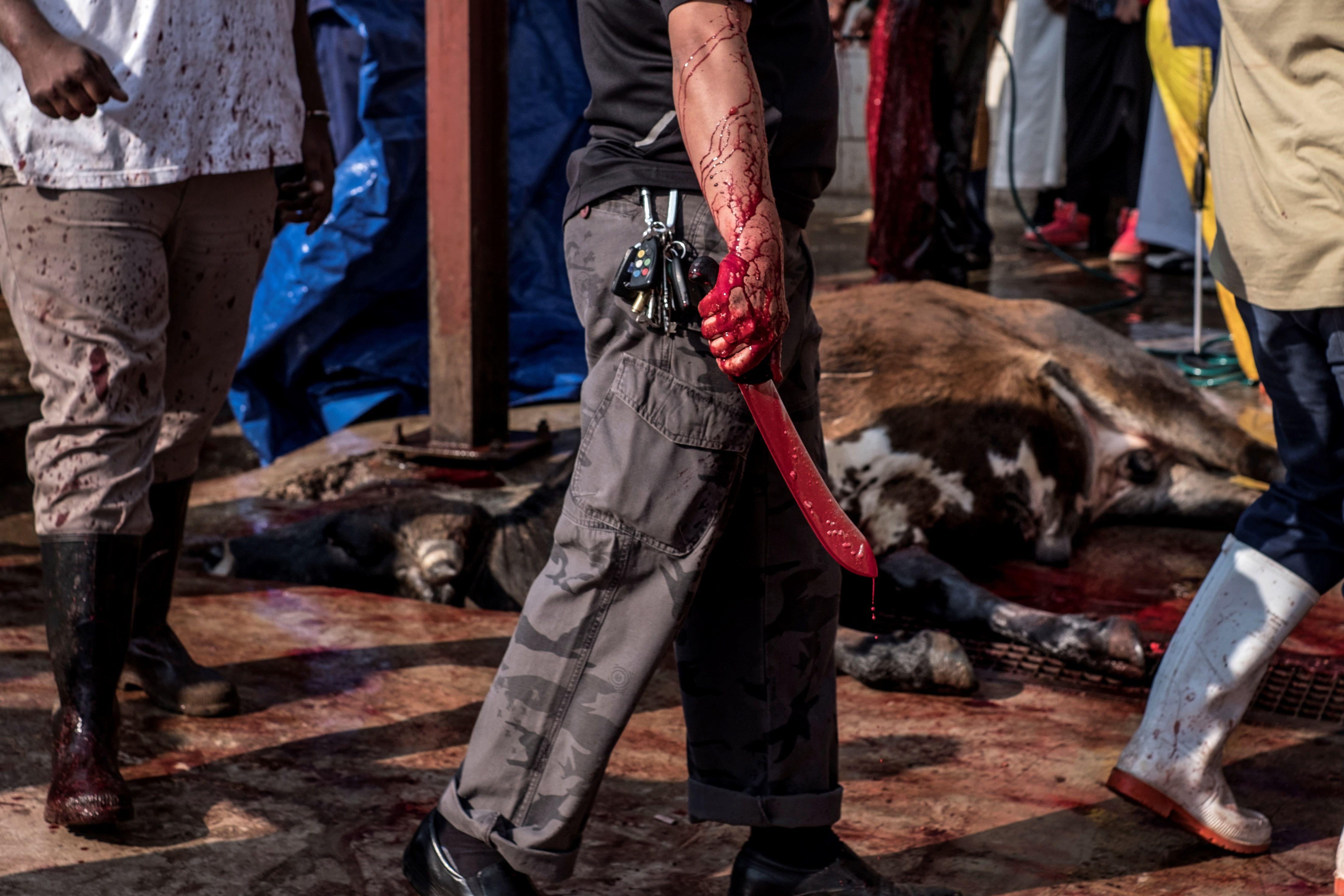 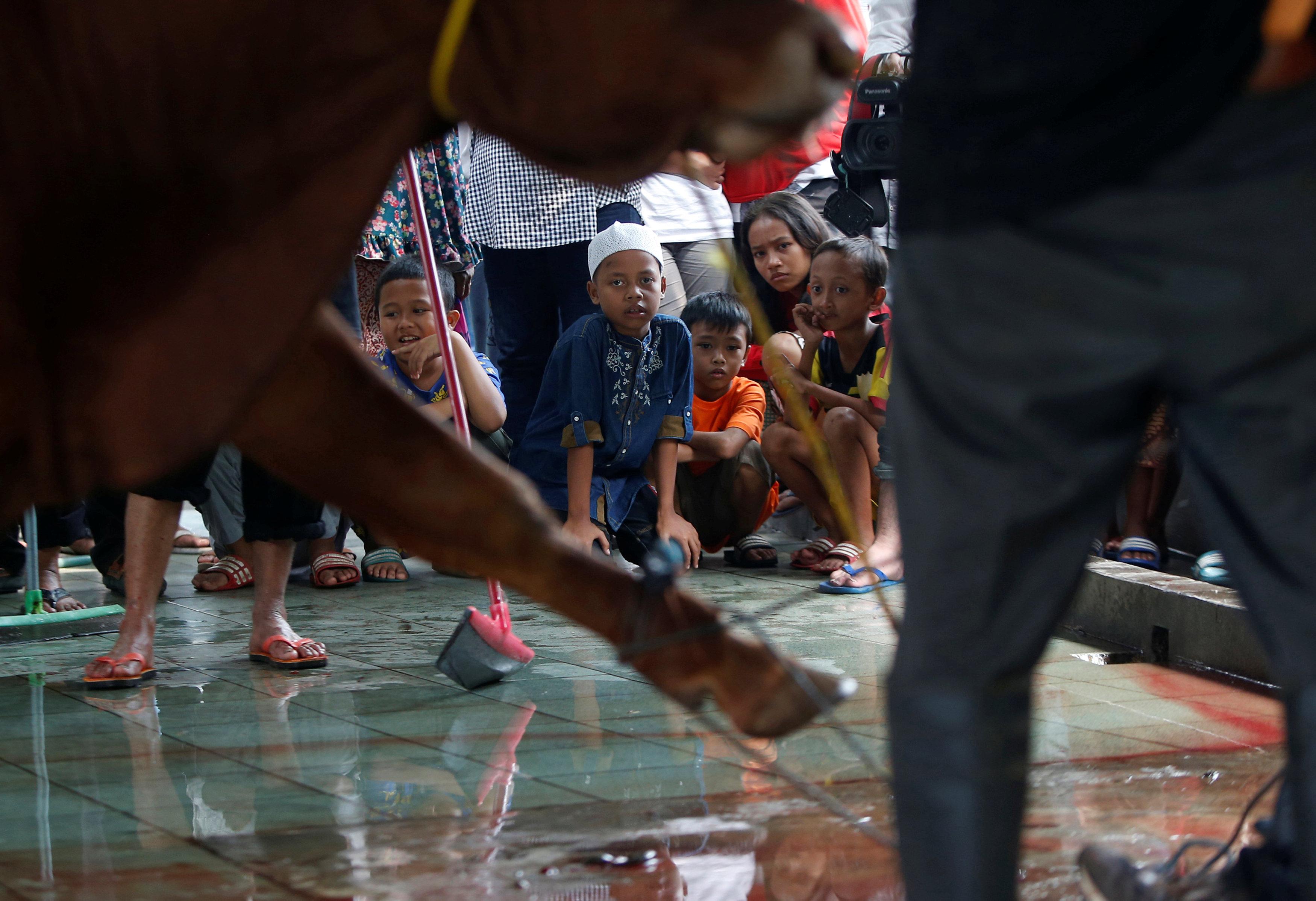 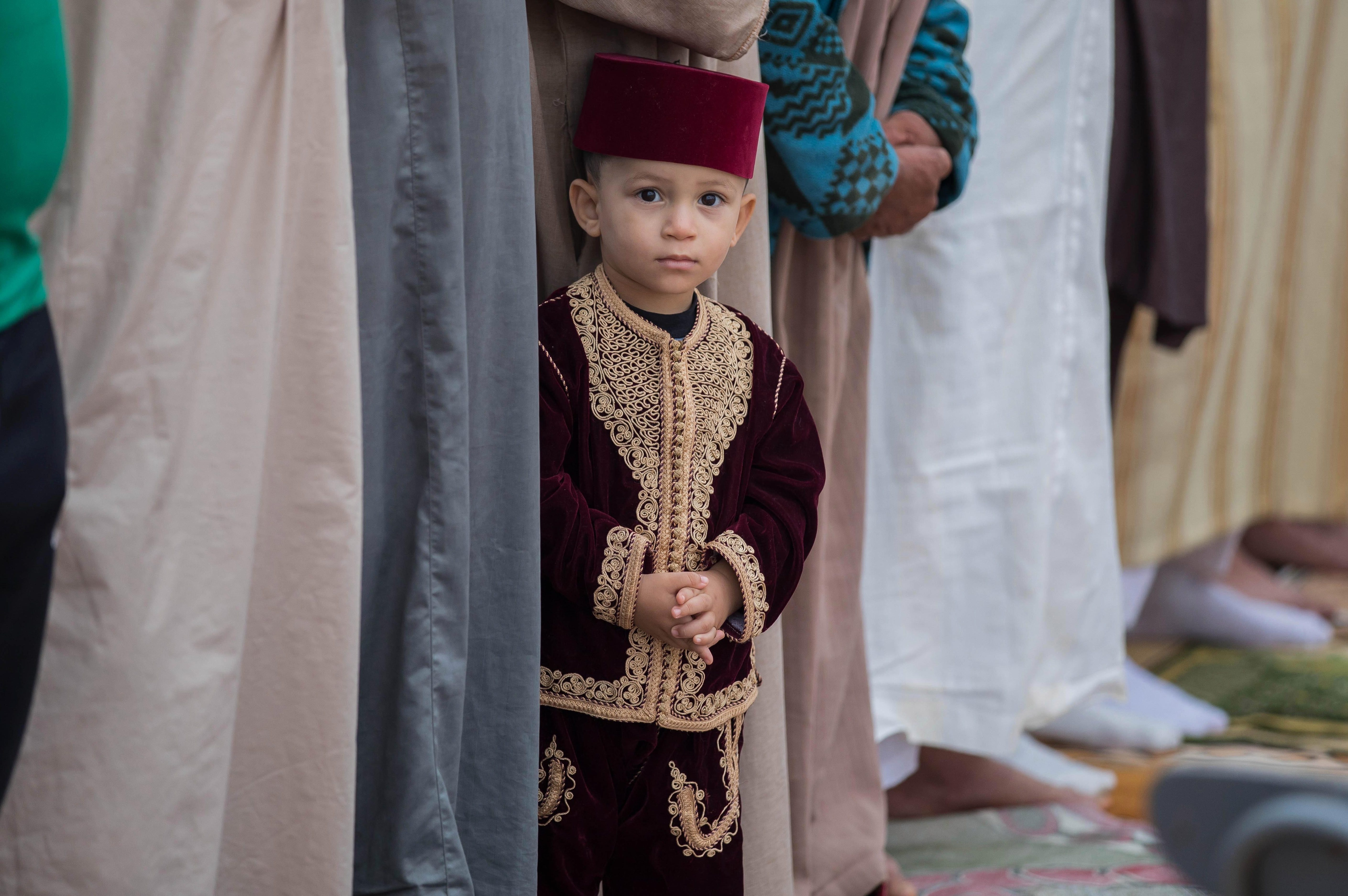 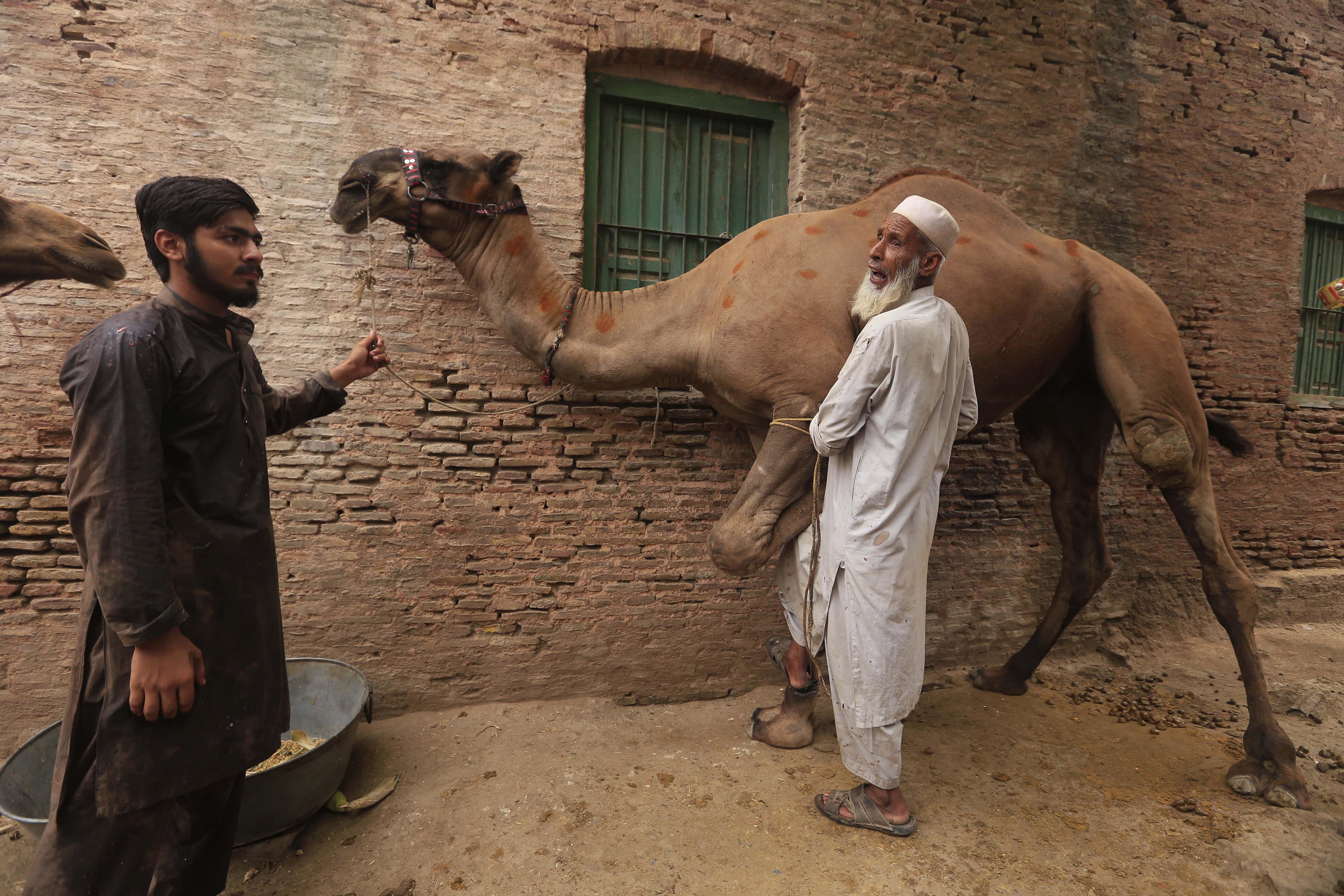 However, when stood atop Mount Arafat with blade poised in hand above his son's throat, Abraham spots the angel Gabriel, who tells father Abraham he can do away with killing his son because he has already demonstrated his love for Allah.

A goat was slaughtered in the boy's stead and today Muslims copy the act by slaughtering the same or a similar animal.

Where is the animal sacrifice legal in public?

Many Islamic countries still follow the tradition of slaughtering animals publicly, but are nevertheless aware of the dangerous health and hygienic complications this can give rise to such as the spreading of disease through the discarded entrails and blood and the meat itself becoming tainted by exhaust fumes or close proximity to garbage.

In the UAE (United Arab Emirates including Dubai and Abu Dhabi) people are allowed to honour the tradition at government-sanctioned public abattoirs, or risk facing a £1,000 fine. 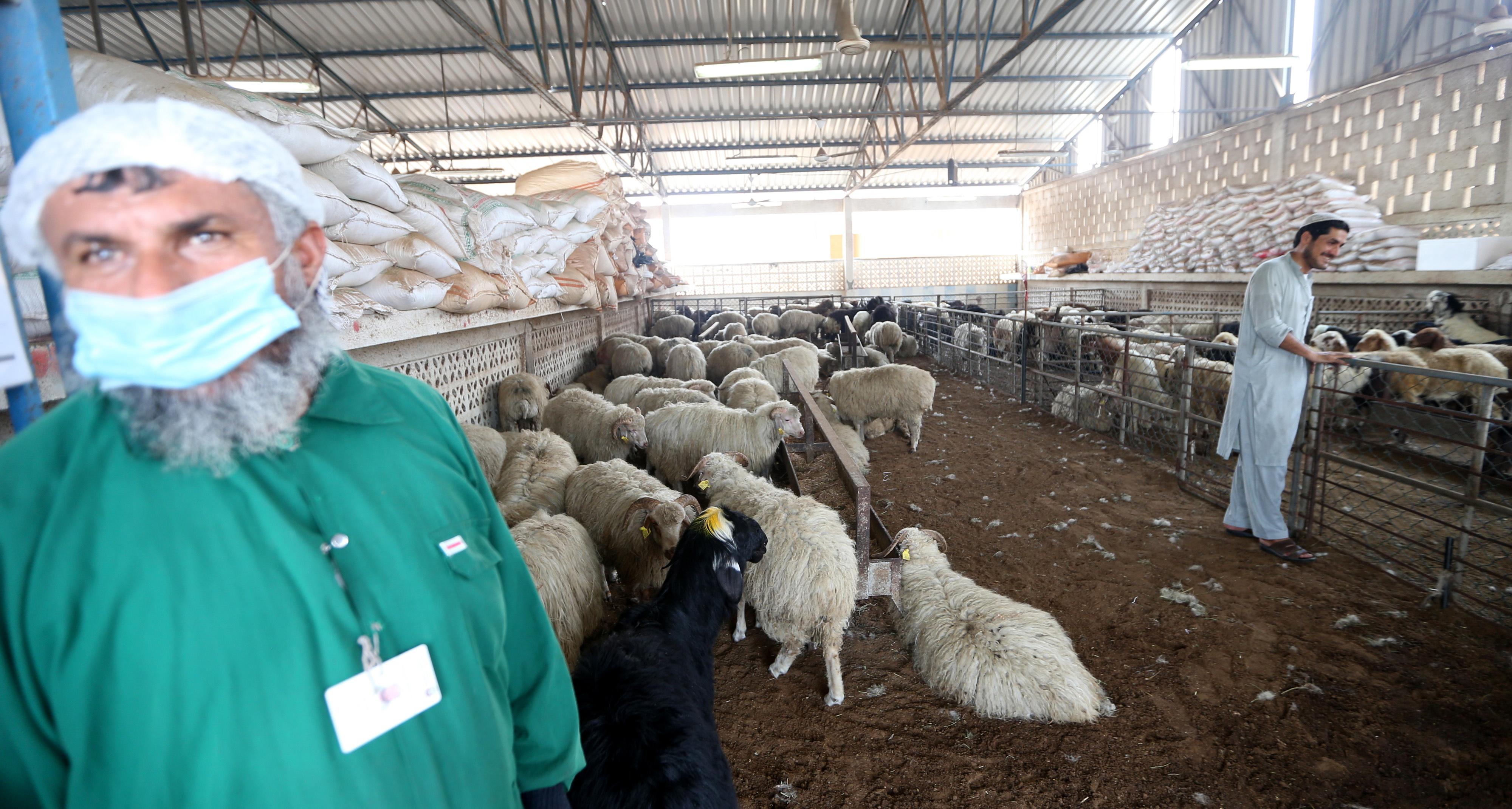 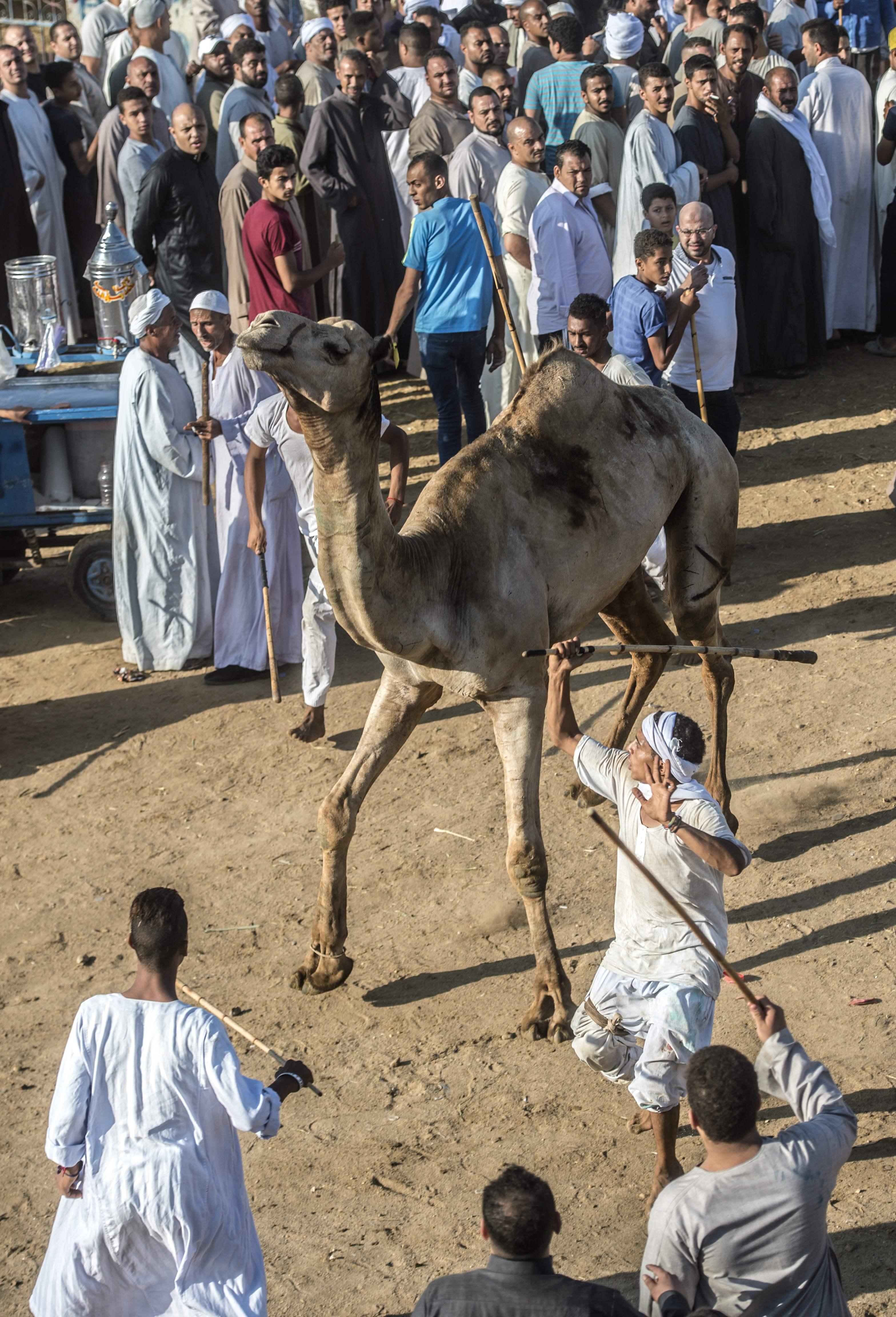 The city spokesman of Cairo went further, describing the practice as "barbaric and unacceptable" whilst issuing strict prohibitions and fines which equal more than the Egyptian average monthly salary.

In India the issue is particularly contested by Hindus, who believe that the cow is a sacred animal and should be protected. The state of Jharkhand has instructed police to intervene and prevent the slaughtering of cows.

Some Western Muslims are also against the practice, with the Vegan Muslim Initiative claiming there is no scriptural basis for slaughtering animals and that Muslims confuse the Koranic passage with the Biblical account of Isaac's near-slaughter.