Eight customers, including four kids, were injured when a man climbed over security barriers at The Alphabet Zoo and jumped from a 15ft balcony onto the crowds below. 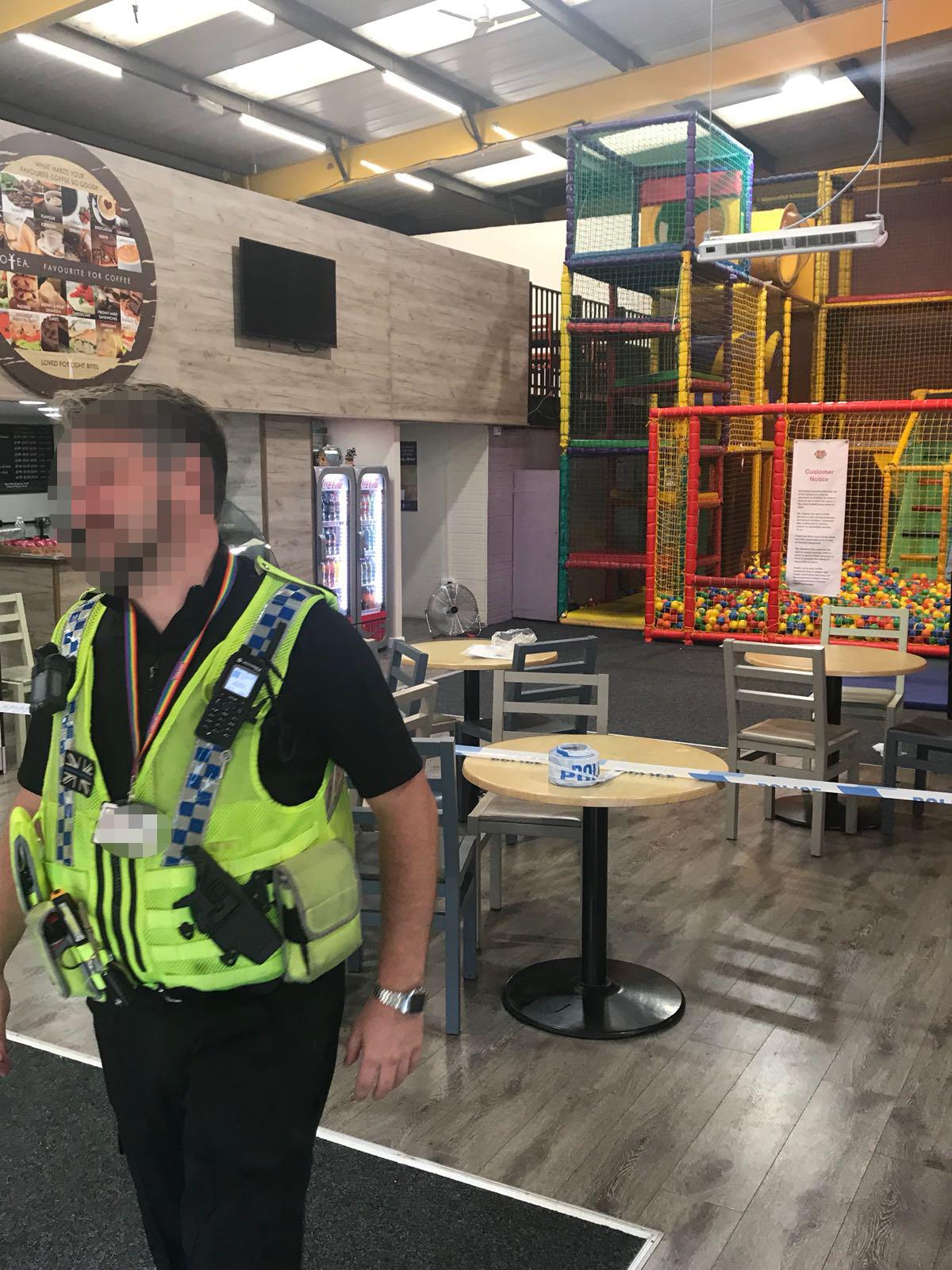 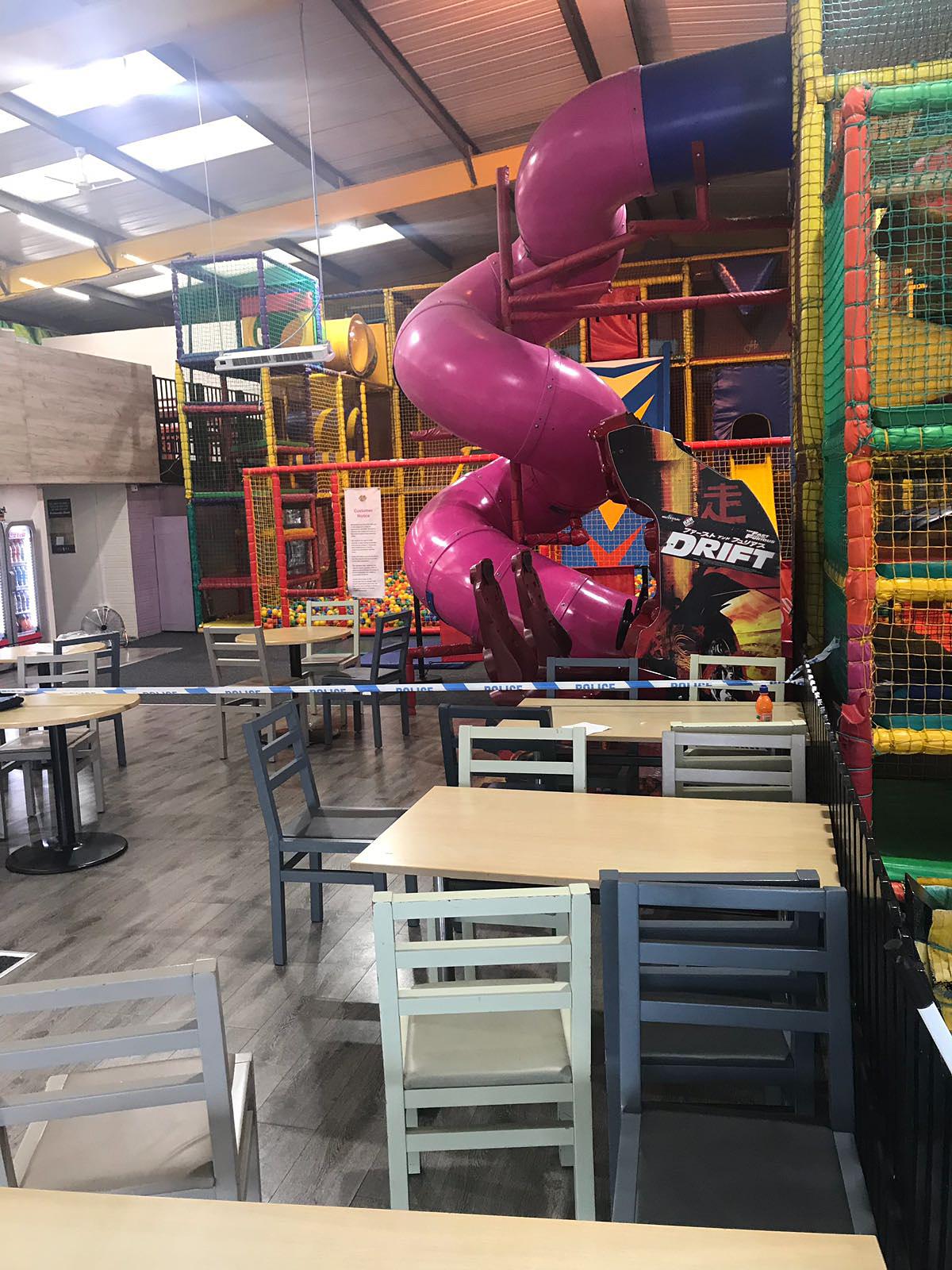 A spokesman for West Yorkshire Police confirmed its officers were called to the dramatic incident on Cemetery Road at around 4.30pm this afternoon.

Owner Ashiq Hussain told the Sun Online: "This man jumped over the security barriers and ran through the centre. He was knocking little children and adults over like skittles.

"He then headed up and  jumped off the first floor mezzanine and landed on the hard floor below. Both adults and kids were  injured."

He added that one terrified woman was also grabbed around the throat and slapped by the man as he desperately tried to grab her phone. 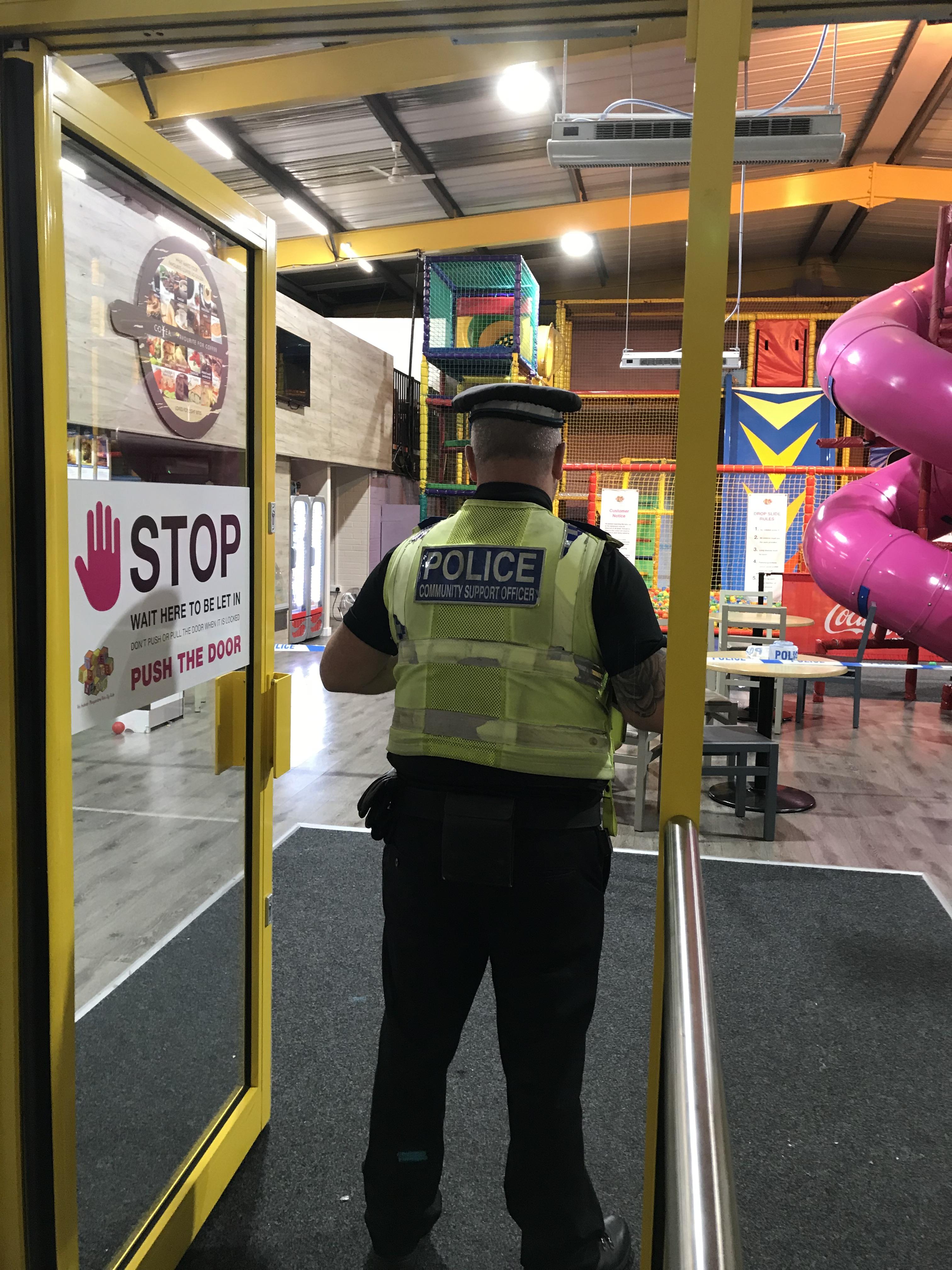 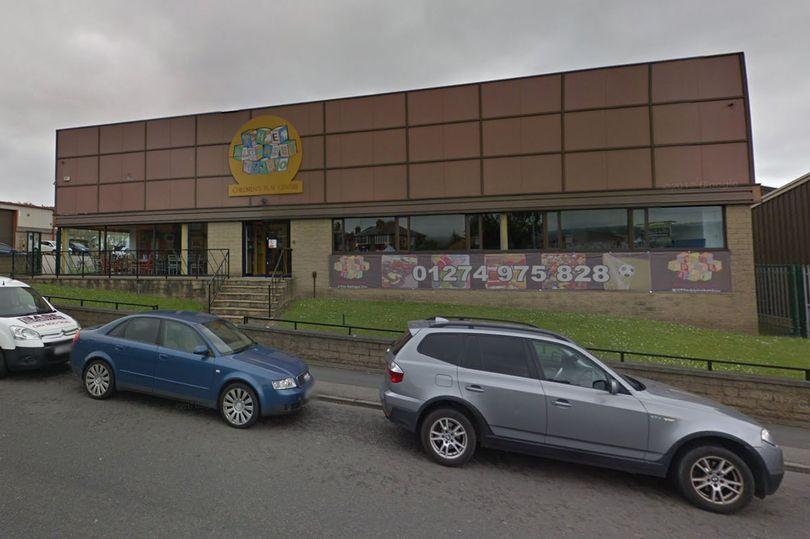 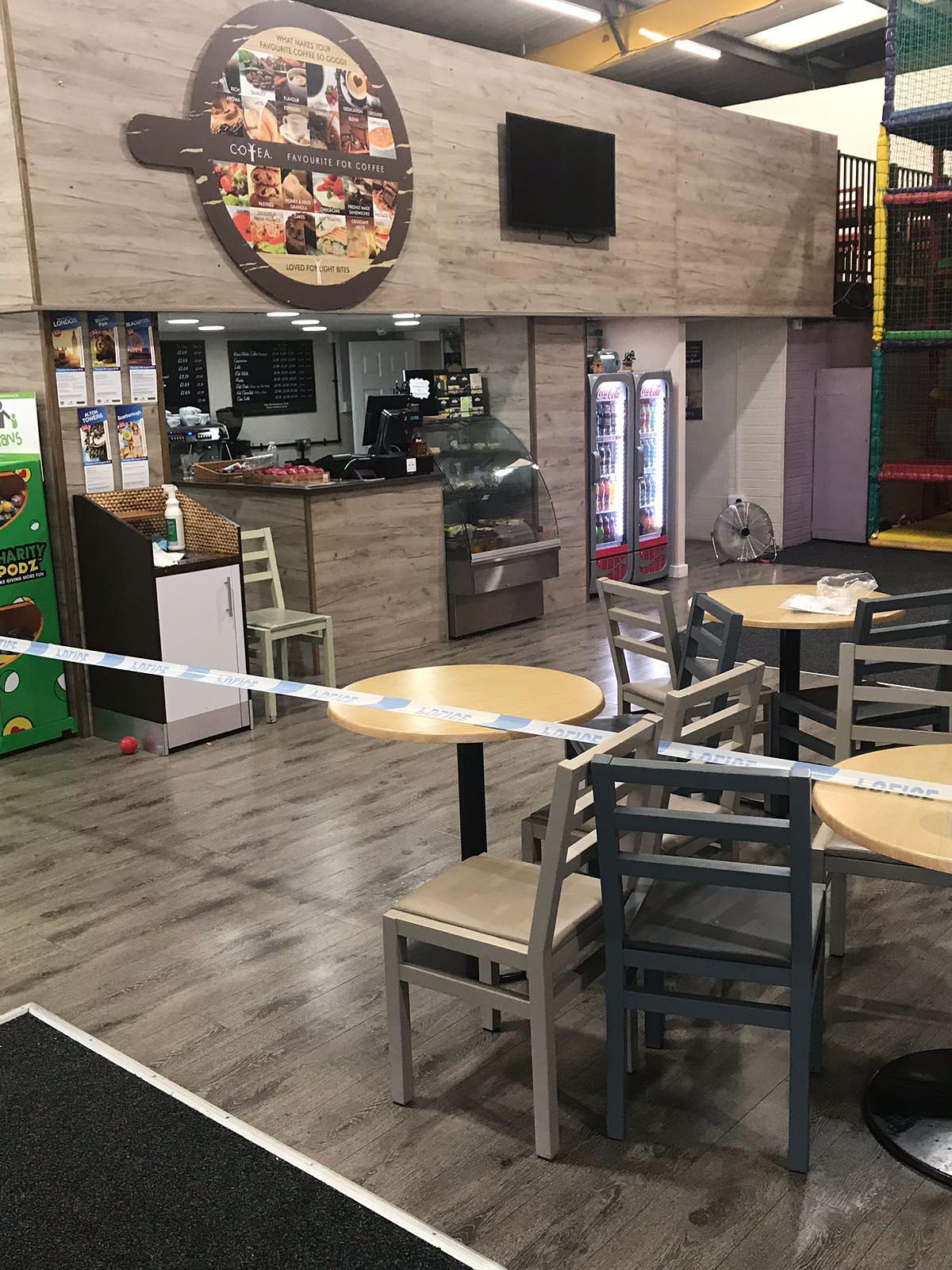 "Police were on the scene within seconds. We calmed the situation down, we got everybody out. No one was that badly unjured, " said Mr Hussain.

He said the the centre was quickly evacuated, but there was still a lot of "distressed" customers. "We are closed until the cordon is lifted," he revealed.

The hugely popular play centre – which caters for children aged from newborns up to 16 years – was packed with around 100 people when the intruder broke in.

West Yorkshire Police said the man, believed to be in his early 30s, was already "being sought as part of a call for concern" ahead of the incident.

He was taken to hospital by police where his condition is described as serious but is not believed to be life-threatening.

A spokesman confirmed no charge has been made and he was not known to any of the children in the centre. 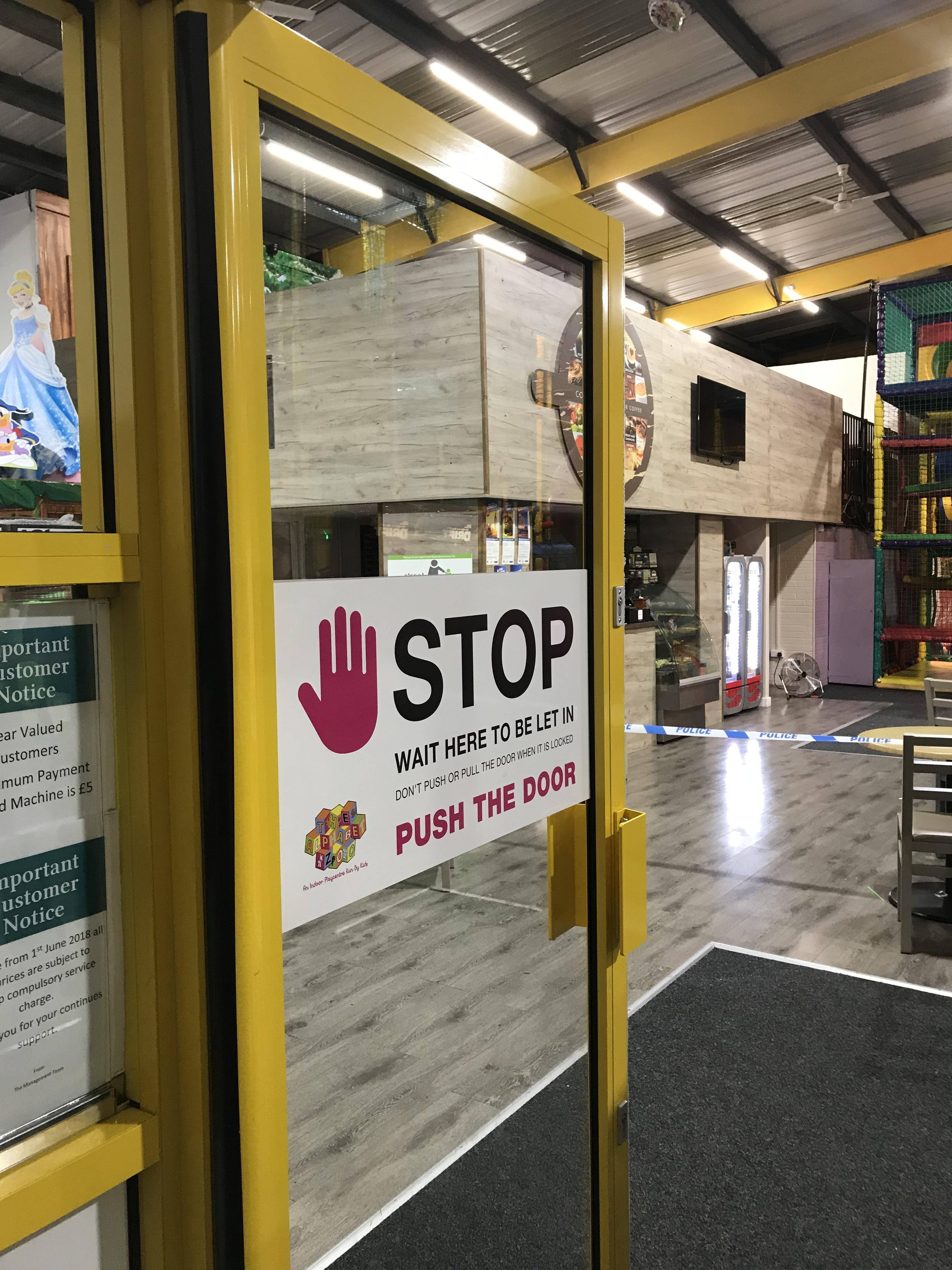 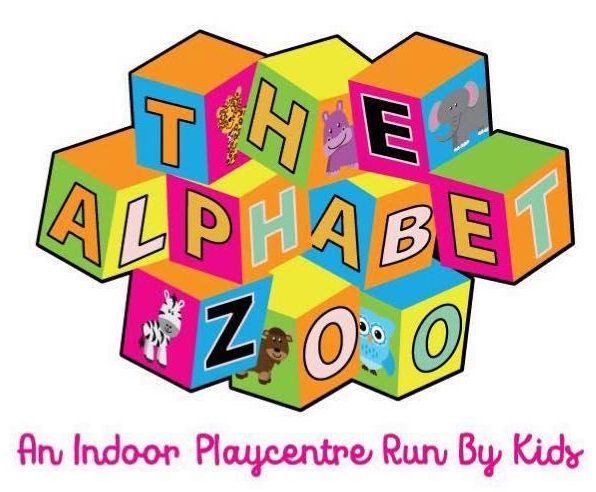 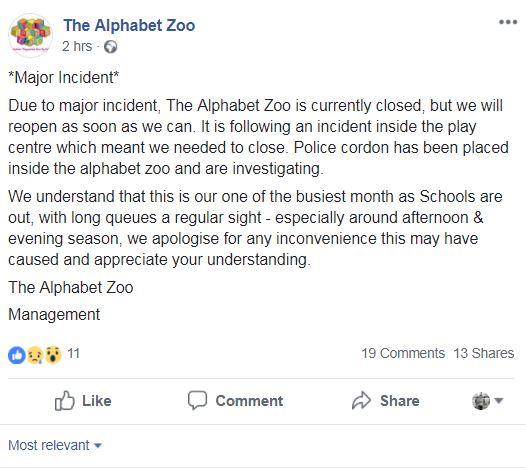 A post on Facebook reads: "Due to major incident, the Alphabet Zoo is currently closed, but we will reopen as soon as we can. a police cordon has been placed inside.

"We understand that this is our one of the busiest months as schools are out, with long queues a regular sight – especially around afternoon and evening season.

"We apologise for any inconvenience this may have caused and appreciate your understanding."