The 47-year-old was asked on Twitter whether he could help the 12 youngsters who have been stranded in the flooded cave for nearly two weeks. He said that two of his firms, The Boring Company and SpaceX, had the equipment which was “pretty good at digging holes”.

Mr Musk also suggested a way which could help the boys and said a 1m diameter nylon tube could be used.

He said it could be “inflated with air like a bouncy castle” which would create an “air tunnel underwater”.

James Yenbamroong, founder of satellite communications provider mu Space Corp, said that he was contacted by SpaceX who are trying to help.

He tweeted: “SpaceX team reached out to us today to help connect to Thai govt.

“Our team connected and provided some prep feedback to your team.

“For pumps, cave has narrowest 70cm cross section and about 5km to 13 guys. For vertical drill, it’s about 1/2 mile down and tricky.” 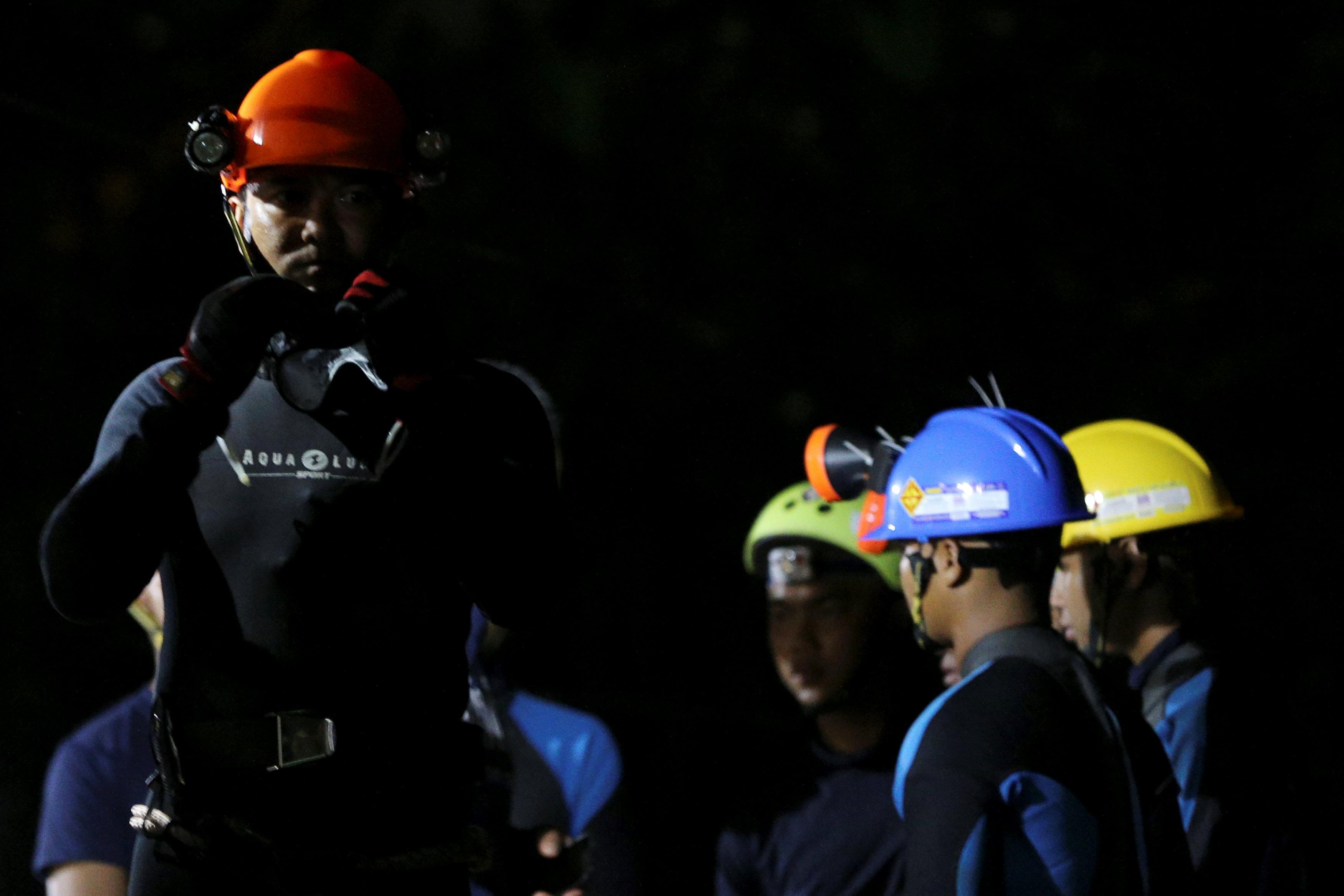 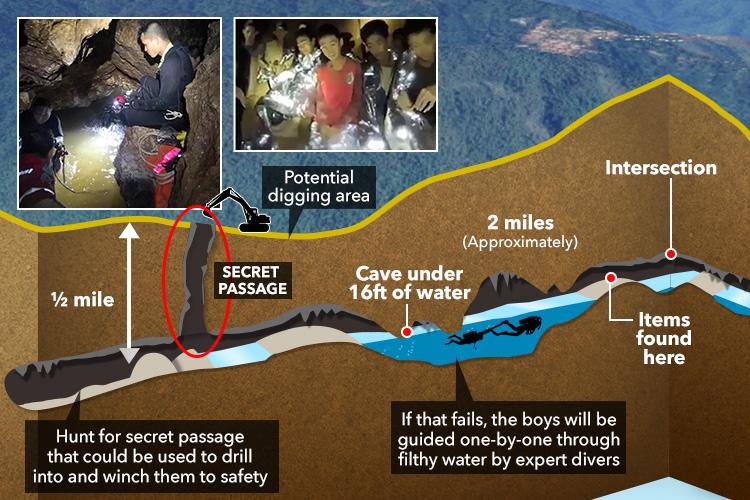 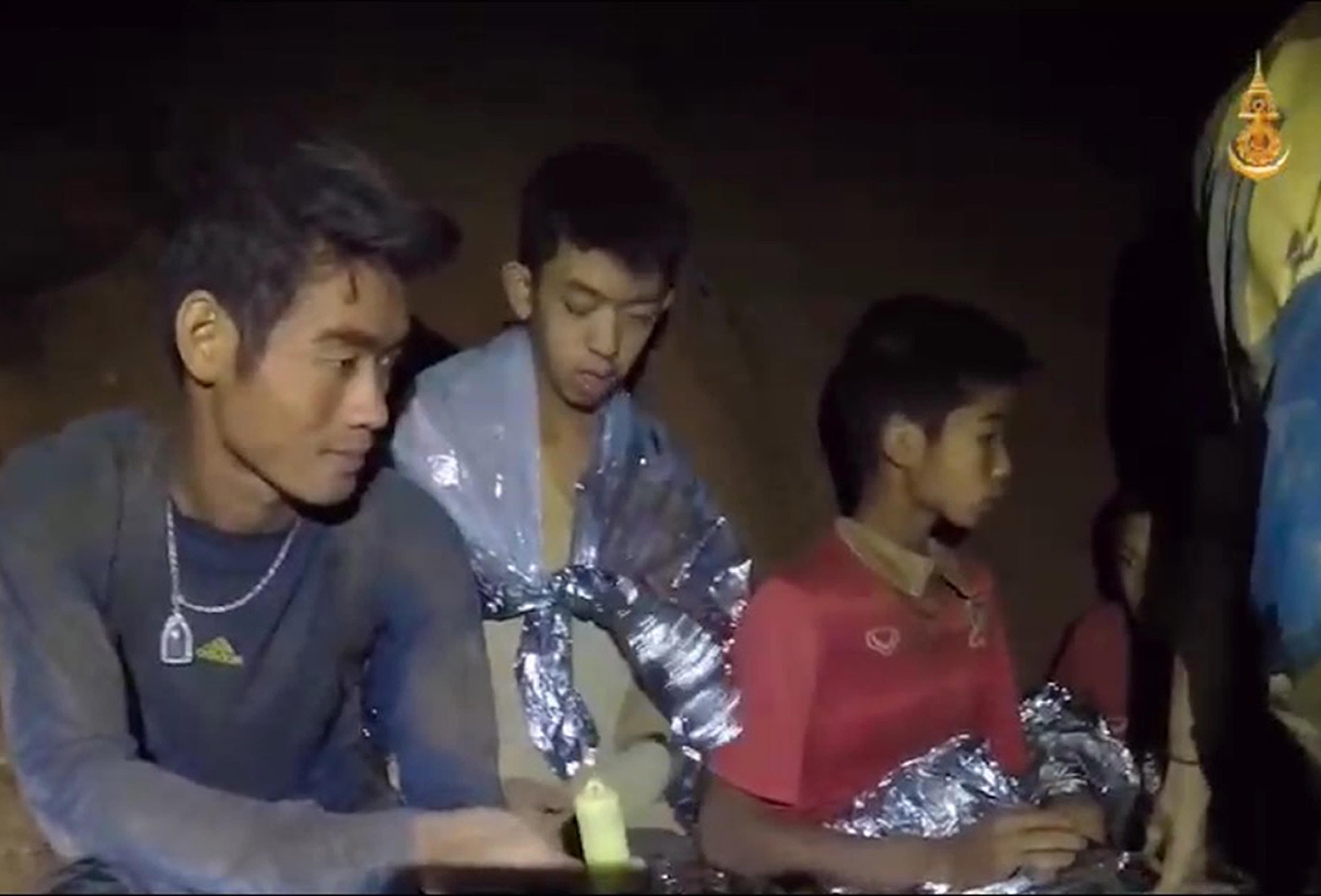 The trapped boys could be forced to escape underwater because a torrent of floodwater is now imminent.

Heavy rain could start in the coming hours and divers will have to fit breathing masks on the boys if the water rises in the caves.

Earlier efforts to pump out water from the cave have been set back every time by heavy rain and a quick underwater evacuation now looks likely.

Earlier efforts to pump out water from the cave have been set back every time by heavy rain and a quick underwater evacuation now looks likely.

Speaking outside the Tham Luang caves in northern Thailand, Chiang Rai provincial Gov Narongsak Osatanakorn, admitted the boys have not had enough time in the few days since searchers reached them to learn diving skills.

When asked if they were ready to go, he said: "Not today because they cannot dive at this time."