Paris: Experts in France have launched a last-ditch attempt to save a stranded beluga whale by injecting it with a vitamin-infused dart to entice it to eat.

Time is running out for the emaciated whale, which appeared in the River Seine around a week ago. First seen on August 2, the animal is about 70 kilometres from Paris, far from its natural habitat of arctic waters. 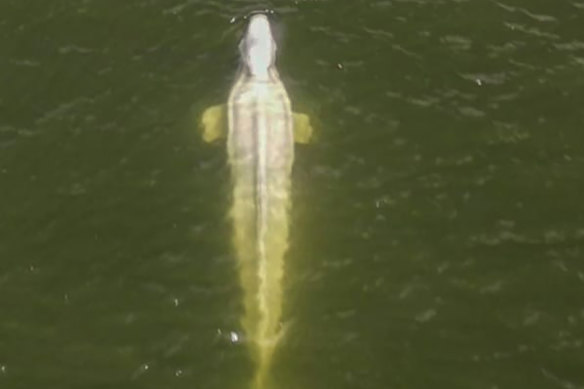 A drone image of the beluga whale in the Seine river in Saint-Pierre-la-Garenne region, west of Paris, on Friday.Credit:Sea Shepherd/AP

The vitamin dart was used after efforts to strengthen the starving animal with frozen herring and live trout failed as it showed no interest. The injection also contained antibiotics and an appetite stimulant.

“He has to be moved in the coming 24 to 48 hours; these conditions are not good for him,” Lamya Essemlali, head of the marine conservation group Sea Shepherd France, told AFP on Sunday.

Experts have also considered the possibility of opening up the locks and leading the animal 160km back out into the open sea.

The locks were closed at the request of Sea Shepherd France, which has been tracking the whale, to prevent it from swimming further inland. But the longer it stays in stagnant freshwater, the less likely the whale will be able to make the long and exhausting journey.

“We are doubtful about its ability to return to the sea,” she said. “Even if we drove it with a boat, that would be extremely dangerous, if not impossible.”

On Sunday, Sea Shepherd France issued a new update on Twitter, saying that while the severely underweight animal continues to reject food, it is alert and dynamic, and that euthanasia would be premature.

The four-metre mammal was seen swimming “calmly” back and forth in the basin between two locks in the Seine. Along with being worryingly lean, spots on its skin also suggest illness.

“He is fairly emaciated and seems to have feeding difficulties,” said Isabelle Dorliat-Pouzet, secretary general of the Eure prefecture in north-west France at a press conference on Saturday. 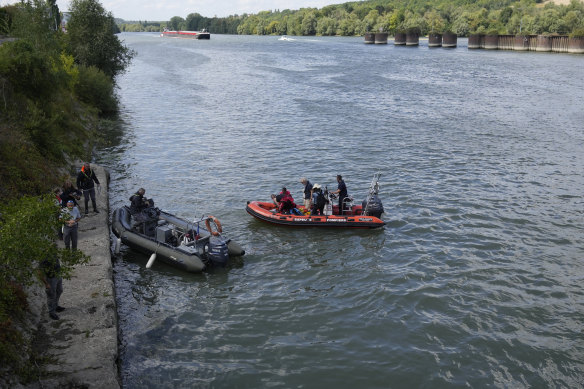 A French fire brigade tracks the whale in the Seine by boat. Credit:AP

She ruled out direct intervention and extracting the whale from the river, saying it was too weak to survive such an aggressive rescue mission. She also added that any decisions would be made in the best interest of the animal.

The beluga is the latest cetacean to find itself stranded in the Seine. In May, a sick orca became separated from its pod and was spotted swimming in the river between the ports of Le Havre and the town of Honfleur.

Attempts to guide the young female back to sea failed and the animal eventually died. The results of an autopsy concluded that the immediate cause of death was starvation. 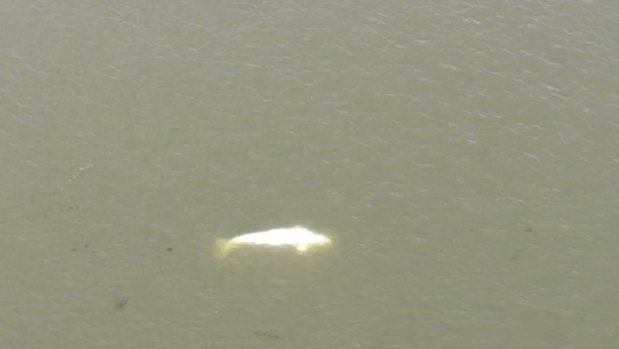 The beluga whale in the Seine river in Saint-Pierre-la-Garenne on Thursday.Credit:SDIS27/AP

Veterinarians also discovered a bullet lodged at the base of its skull, but said there were no other signs of trauma.

Essemlali said one explanation for the phenomenon of whales straying far from home and into the Seine could be the rise of human noise pollution.