Employment rate at its highest since records began in 1971 and wages are rising faster than inflation in the first quarter of the year, new figures reveal

Regular wages are growing while employment is at its highest level since 1971 – fuelling hopes the squeeze on living standards is abating.

The Office for National Statistics said 75.6 per cent of people are in work in the three months to March this year – up from 74.8 per cent compared to the year before.

While unemployment remains at 4.2 per cent – the lowest level since 1975, according to the numbers.

Meanwhile regular wages, excluding bonuses, are up 2.9 per cent compared to the same period last year. This is higher than last month where it stood at 2.8 per cent.

Although wages including bonuses have taken a slight dip, growing by 2.6 per cent compared to the year before – down slightly on last month’s 2.8 per cent.

On both counts wages are rising higher than inflation, which fell to 2.5 percent in March.

The findings will fuel hopes that the prolonged squeeze on wages and living standards may finally be ending. 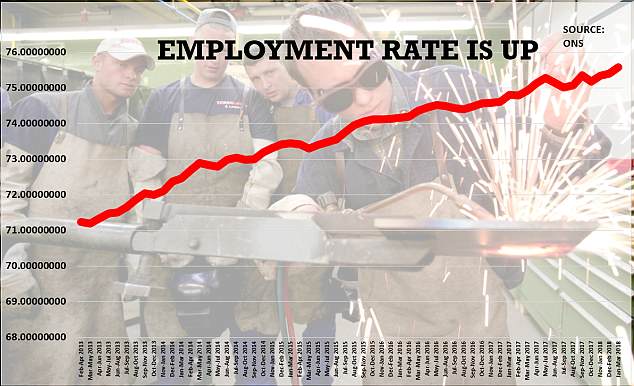 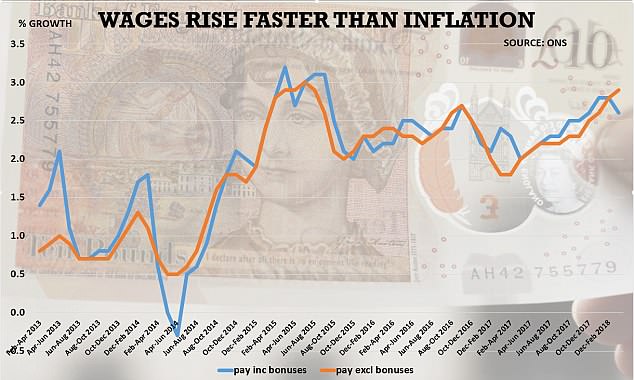 Senior ONS statistician Matt Hughes said: ‘With employment up again in the three months to March, the rate has hit a new record, with unemployment remaining at its lowest rate since 1975.

‘The growth in employment is still being driven by UK nationals, with a slight drop over the past year in the number of foreign workers.

‘It’s important to remember, though, that this isn’t a measure of migration.

‘Growth in total pay remains in line with inflation, meaning real earnings are flat on the year.’

The figures will be seized upon by ministers who will say they show that the British economy is fundamentally performing well. 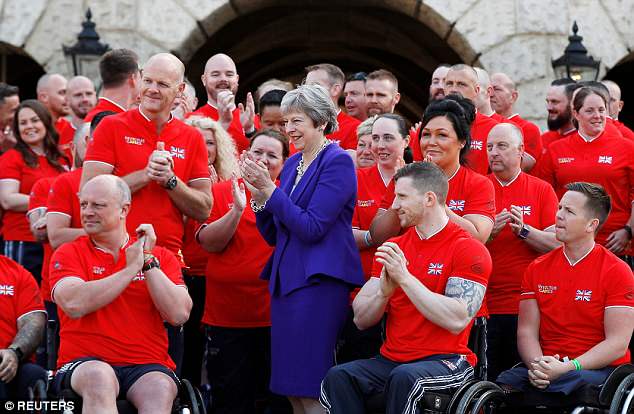 The figures also show that the number of 16 to 64 year-olds judged economically inactive from January to March this year has fallen by 115,000 compared to the three months before.

Stephen Clarke, Senior Economic Analyst at the Resolution Foundation think-tank said: ‘Britain started 2018 as it has spent much of the last decade, with more impressive jobs growth but little prospect of recovering from its disastrous record on pay.

‘Employment has hit a record high, driven by male employment breaking the 80 per cent barrier for the first time in nearly three decades.

‘While the return to pay growth is very welcome it remains anaemic and wages are still over £700 a year lower than they were a decade ago.

‘The stark fall in productivity in recent months suggests that a strong pay recovery remain some way off.’