Racist maintenance contractor, 56, who accused ‘Gareth Wokegate’ of picking penalty takers ‘who were black instead of competent’ in expletive-filled email narrowly avoids jail

Brian Martin, 56, fired off an abusive email to Southgate at the end of England’s Nations League defeat to Hungary in June, criticising him for selecting black players to take penalties in last year’s Euros final and also the team for taking the knee, York Magistrates’ Court heard on Tuesday.

He went on: ‘Not only did you cause England to lose the European Championship final against Italy by playing for a draw from a winning position, and picking penalty takers who were black instead of being competent, you f****** clown, but you still appear blissfully unaware that 99% of English citizens hate Team Snowflake taking the knee in support of the racist, Marxist, fraudulent, rioting, looting and terrorist murderers of BLM (Black Lives Matter). 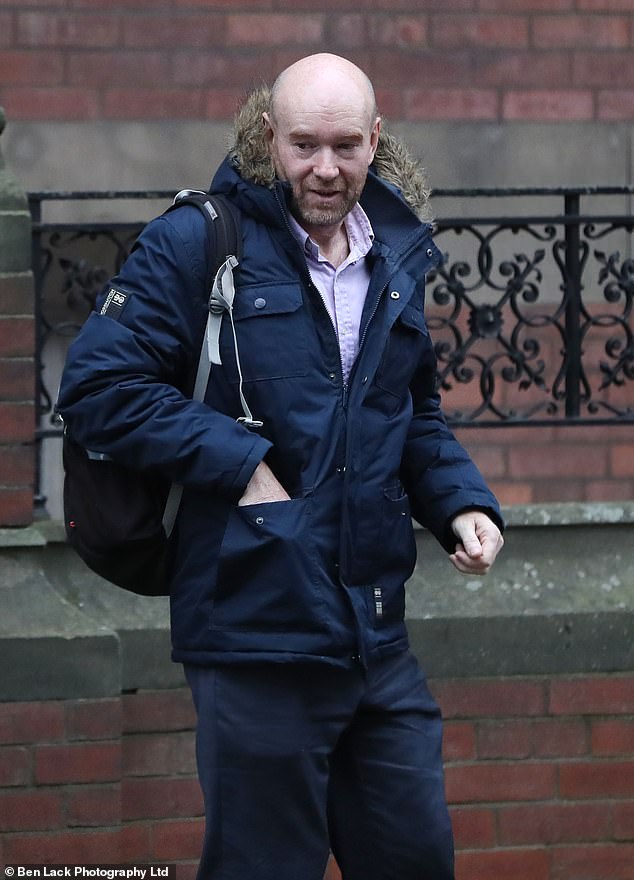 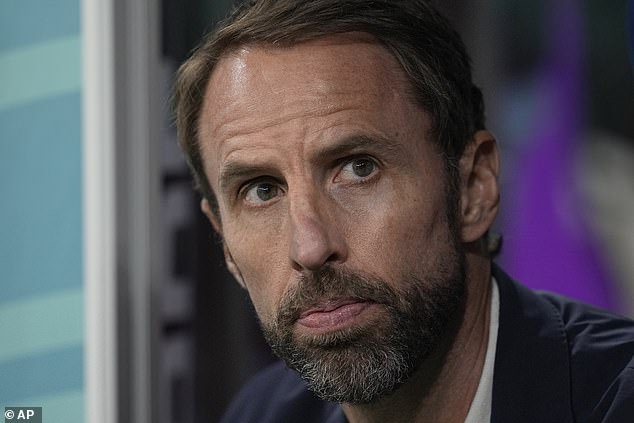 Martin sent the message to Gareth Southgate’s FA email address. The abusive message was passed on to the police who later arrested Martin. He was found guilty at an earlier hearing of sending an offensive or indecent message by a public communications network

‘And please say a personal thank you from me to the gutless, p***-poor, millionaire comedy clowns pretending to be an England football team who just had their piss-useless, bone-idle, couldn’t-give-a-f*** a***s handed to them by one of the worst teams in Europe.

‘Stop with the anti-woke racism.

‘I hope the virtue signaling, racist s*** pretending to be Team England get hammered every match.

‘They are utter c**** hated by everyone who despise their anti-white racism and they do not represent me or my country.’

Melanie Ibbotson, prosecuting, said Martin, from Selby, was found guilty earlier this year of one count of sending by a public communication network an offensive or indecent message.

Ms Ibbotson said it was not thought that Southgate received the message, as it was picked up by his personal assistant and sent to FA security, who contacted the police.

Representing himself in court, Martin said he would appeal against his conviction, adding: ‘It is an honest opinion, it is a legal opinion.’

Martin told the court he had been subjected to ‘an egregious abuse of my rights from day one’. 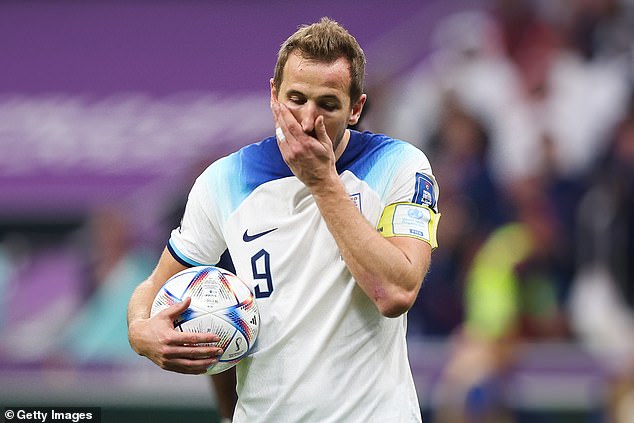 Martin said: ‘I hope the virtue signaling, racist s*** pretending to be Team England get hammered every match’

He added: ‘What did follow was a disgraceful, unacceptable, racist rant.’

‘Racism has no place in our diverse society. The language you used is deeply hurtful to many people, especially people of colour.’

The district judge said: ‘It is my public duty to send a strong message that this sort of behaviour will not be tolerated.’

He added that he did not think it was appropriate to award compensation to Southgate or anyone else and said: ‘There’s no price I can put on racism.’

He told Martin: ‘You have little or no insight into how offensive you have been.

‘You have shown no remorse for what you have done.’

He said the defendant has claimed he was ‘merely stating facts’.

Instead, the district judge imposed a two-year community order which included a £120 fine and 200 hours of unpaid work.