Excitement about the World Cup has hit fever pitch in England as fans dream of glory after the record-breaking 6-1 win over Panama yesterday.

But not everyone is that impressed – with others making fun of supporters for getting carried away by the victory over a team ranked just 55th in the world.

Some urged England fans to ‘simmer down’ and ‘keep dreaming’, while one from Ireland said: ‘Do England actually think they’re going to win the World Cup so easily?’ 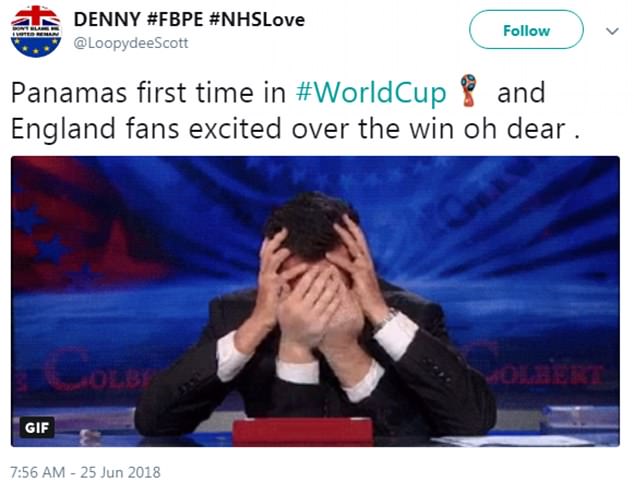 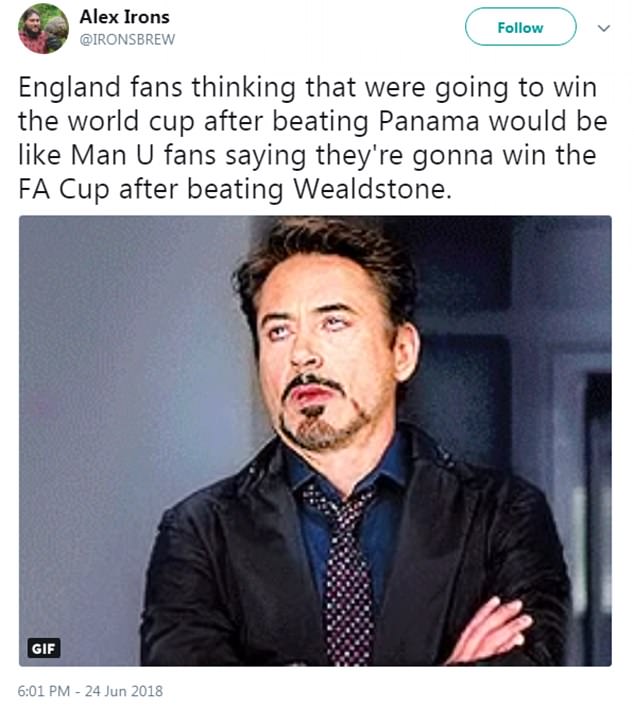 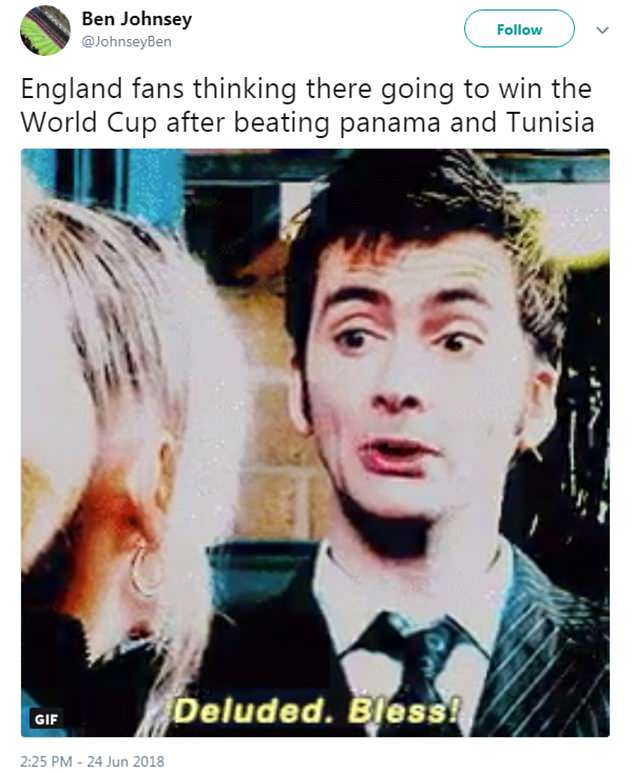 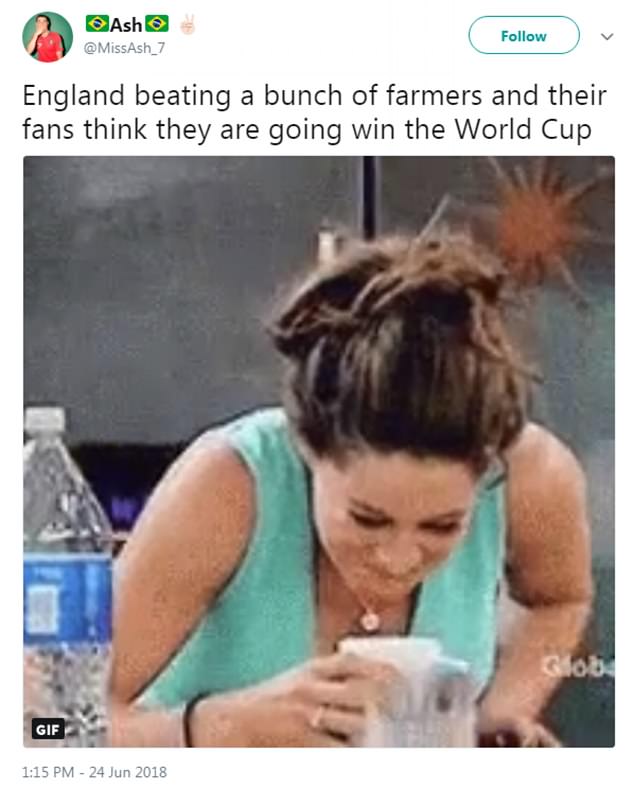 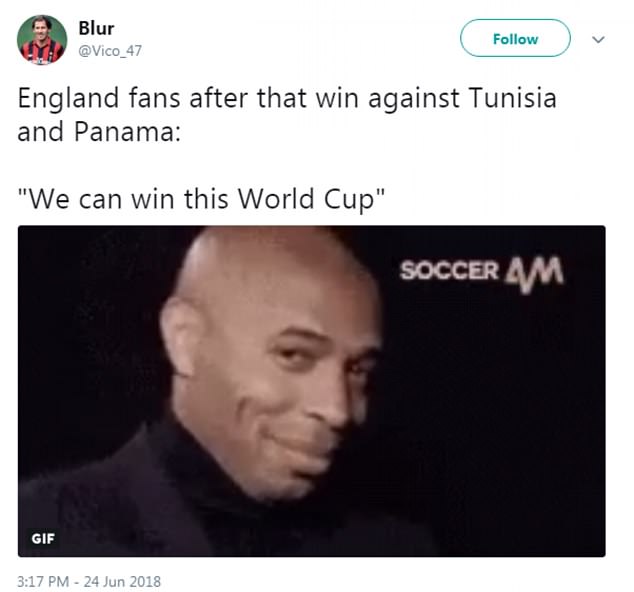 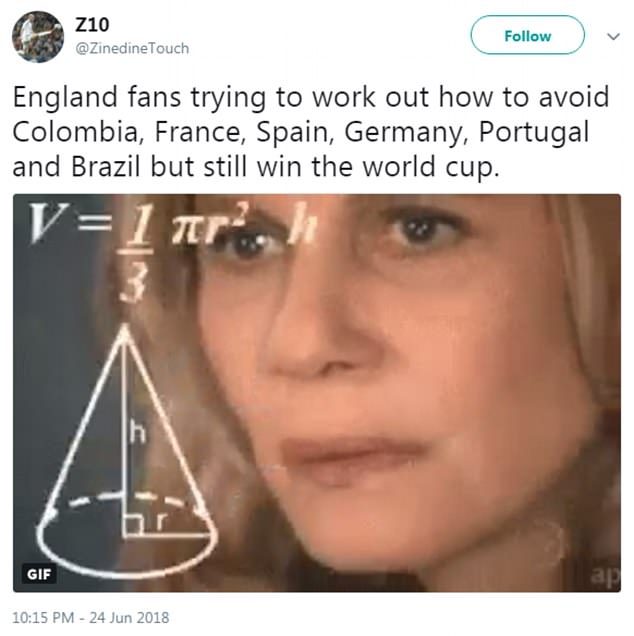 Another joked that England had only beaten a ‘bunch of farmers’, referring to the country that is known for its rice, maize and sugar cane farmland crops.

One added that England fans believing they will now win the World Cup is like ‘Man U fans saying they’re gonna win the FA Cup after beating Wealdstone’. 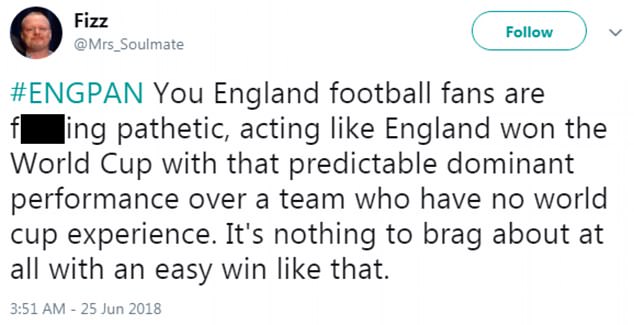 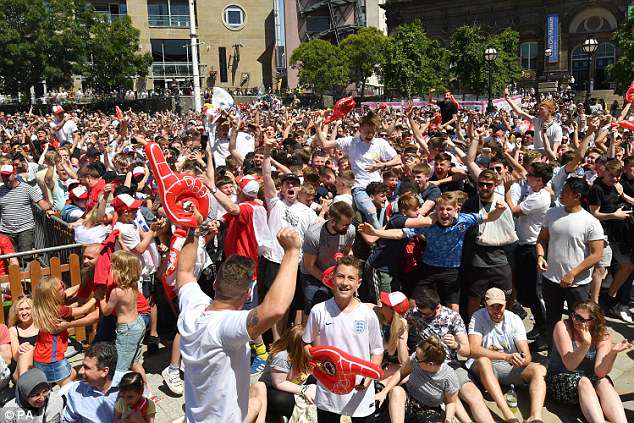 Yesterday’s match on BBC One had a peak audience share of 82.9 per cent, which is thought to be one of the largest in the history of UK television.

The figure puts it on a par with the 2012 London Olympics opening ceremony. A peak of 14million people watched the latter stages of yesterday’s second half.

Monday night’s game against Tunisia had a peak BBC One viewership of 18million, making it the most watched TV event of 2018 so far, but a lower peak audience share of 70 per cent.

Things are now looking up for an England side who were humiliated by Iceland at Euro 2016 and eliminated with a game to spare at the 2014 World Cup.

Yesterday’s win will live long in the memory as Kane’s hat-trick complemented John Stones’ brace and a Jesse Lingard stunner against an awful Panama side.

But former Ireland star Roy Keane played down the raised expectations on ITV last night, saying: ‘If I was in Gareth (Southgate)’s shoes I wouldn’t try be too clever.

‘I’m bored with the lads (pundits Gary Neville and Ian Wright) all night, they think England have already won the tournament.