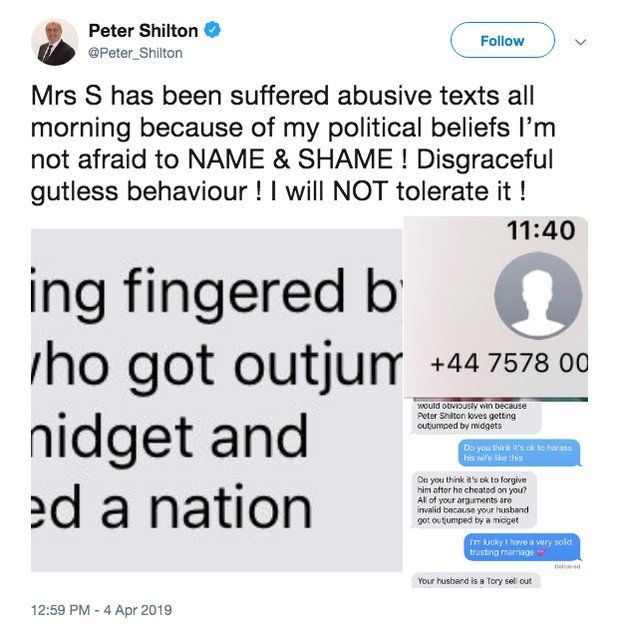 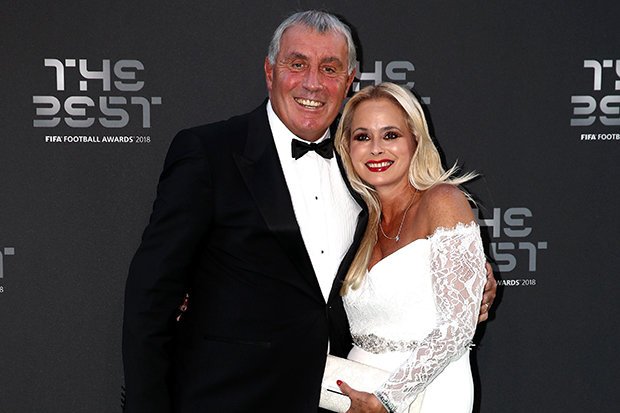 Shilton branded the messages as “disgraceful and gutless behaviour” and warned that he would contact the police if they continued.

They were sent to his wife’s business phone.

Shilton tweeted: “Mrs S has been suffered abusive texts all morning because of my political beliefs.

“I’m not afraid to NAME & SHAME! Disgraceful gutless behaviour! I will NOT tolerate it!”

His wife Steffi wrote: “Do you think it’s OK to harass his wife like this?” 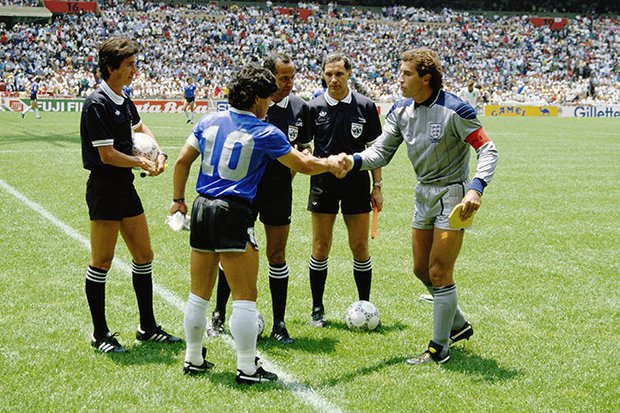 Shilton, 69, has been an open follower of Brexit and he has admitted being a fan of Jacob Rees Mogg.

One wrote: ”I don’t agree with your beliefs but that is plain out of order. Mrs S don’t argue, just block them!”

Shilton and former England teammate Gary Lineker got into a heated debate on social media over Brexit with the Match Of The Day presenter a staunch Remainer.

The two had a spat over Shilton’s support for Mr Rees Mogg and he challenged Lineker to a television debate.

Shilton married jazz singer Steffi Hayward in 2016 having split with first wife Sue Flitcroft in 2011 after 40 years of marriage.