A FOOTBALL mad dad has been collecting England shirts for more than 30 years – and is just a few shirts away from having every kit since he was born.

Jon Towler, 48, from Harrogate was bought his first football shirt when he was nine – and has been collecting them ever since. 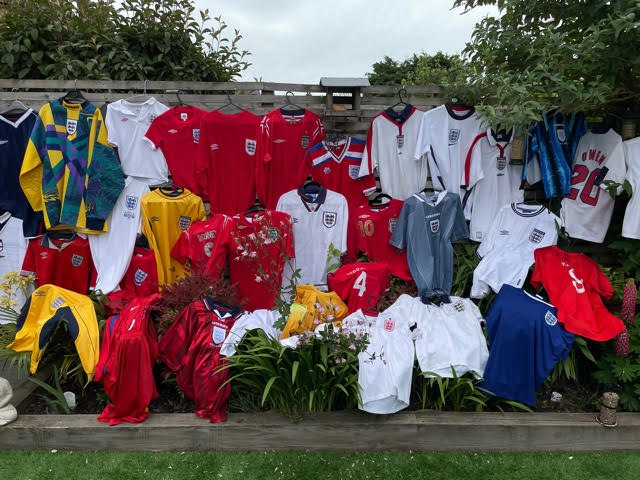 He has amassed more than 800 football shirts – nearly 50 of which are England kits.

The father-of-two has every shirt from 1978 onwards – and is missing just four strips to complete his collection.

He has spent more than £500 on England shirts, and he said his collection in total is worth around £12k.

Jon – who said he has spent up to £150 on just one shirt – a signed Lionel Messi kit – said his favourite kit is from 1978 – because of the simple collar design, and because it was the first England kit that he remembers having.

His other England favourites include The Spain 1982 kit, and the iconic grey England shirt from Euro 96. 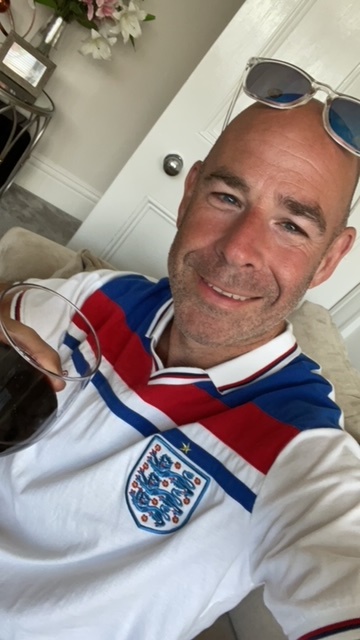 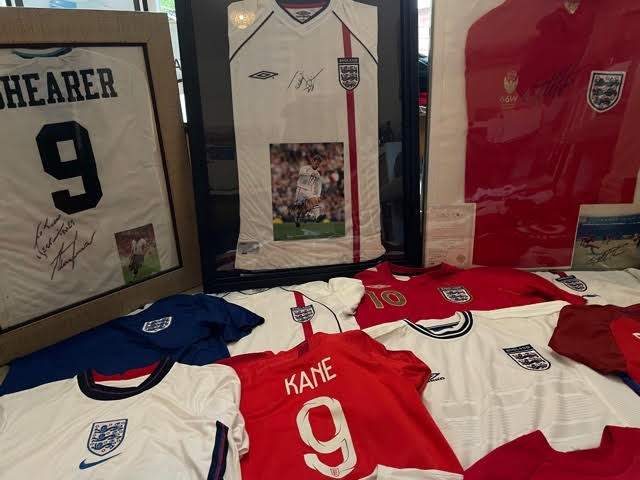 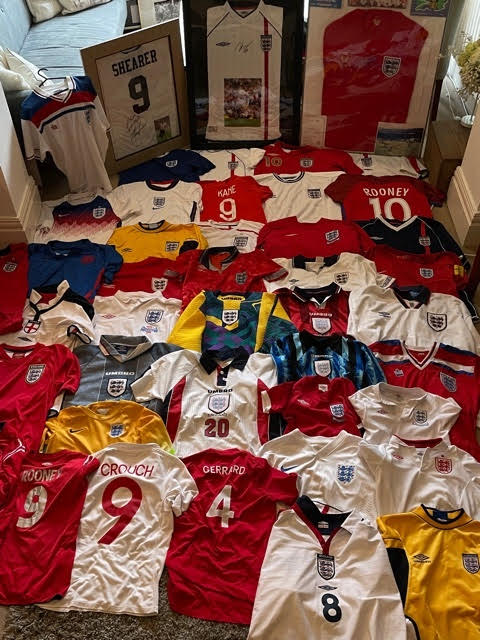 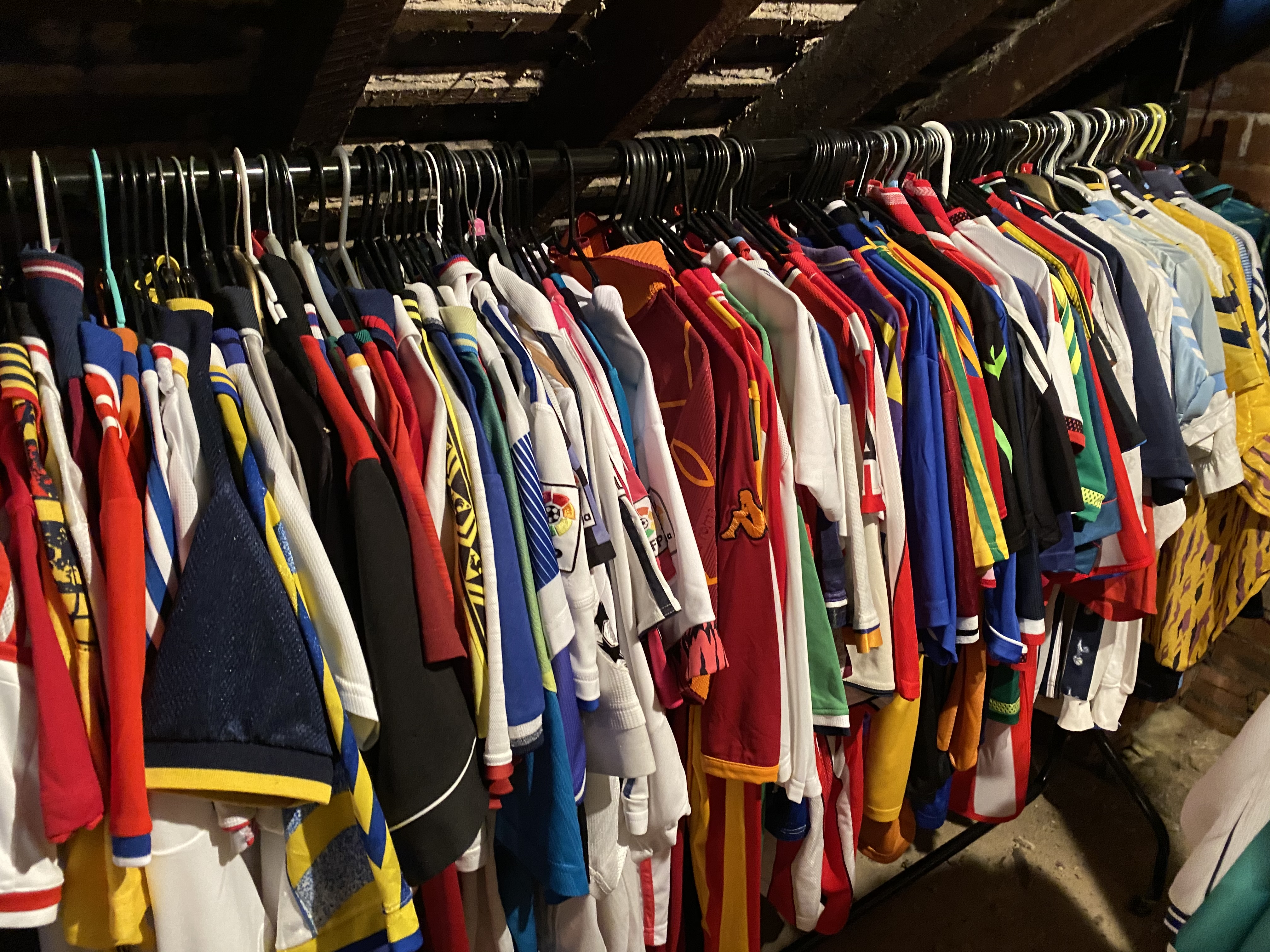 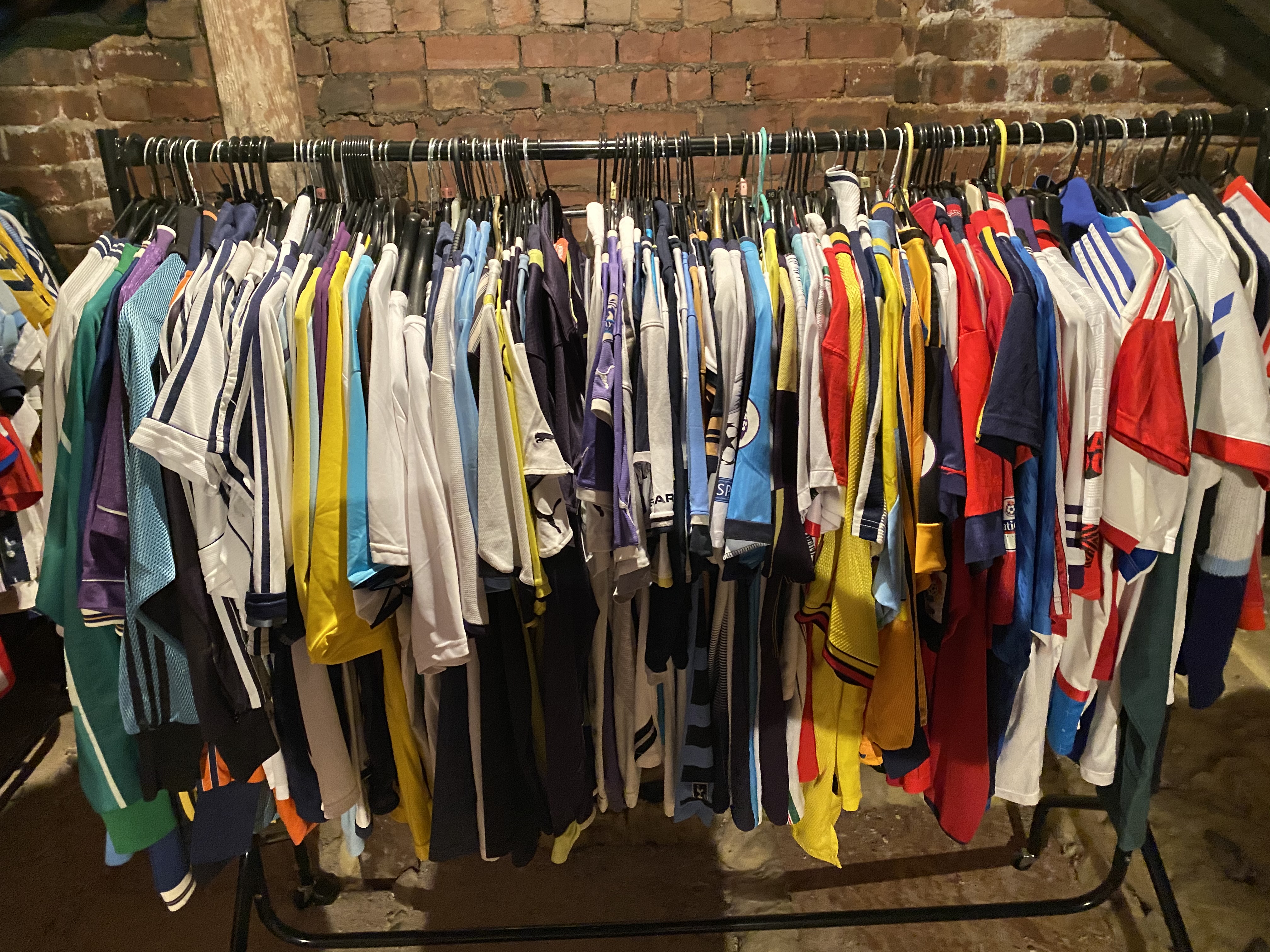 He told The Sun: “I got my first proper shirt as a 9 year old, I was a Tottenham fan, and every Xmas/Birthday all I’d ask for was the new kit, if I got the home one for my birthday, I’d ask for the away one for Xmas.

“I was football mad, and you couldn’t get me out the shirts! I still have those shirts. I guess from then on I always kept my shirts, and they just built up steadily as I got older.” 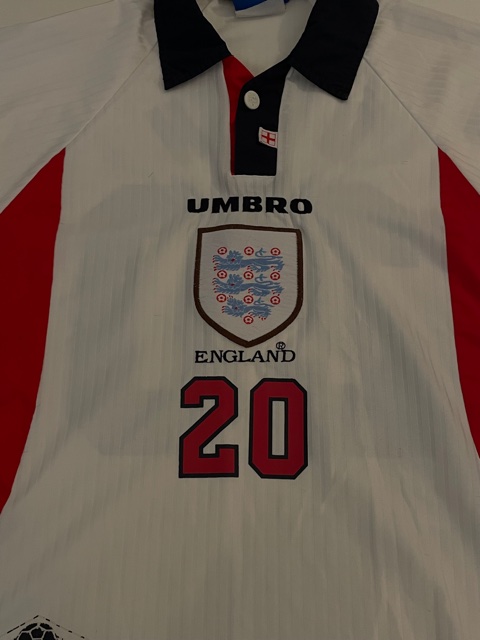 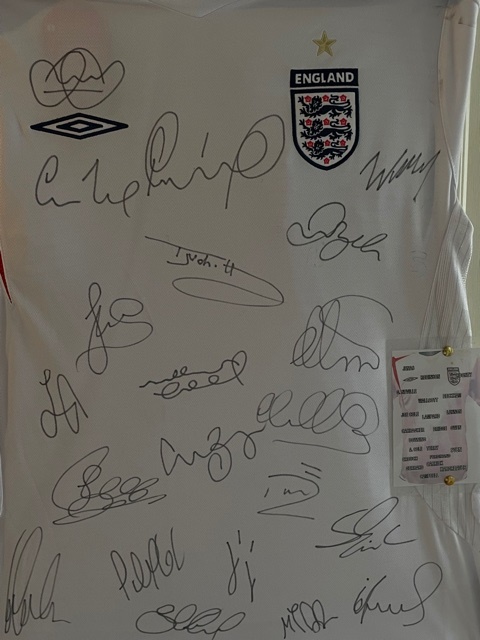 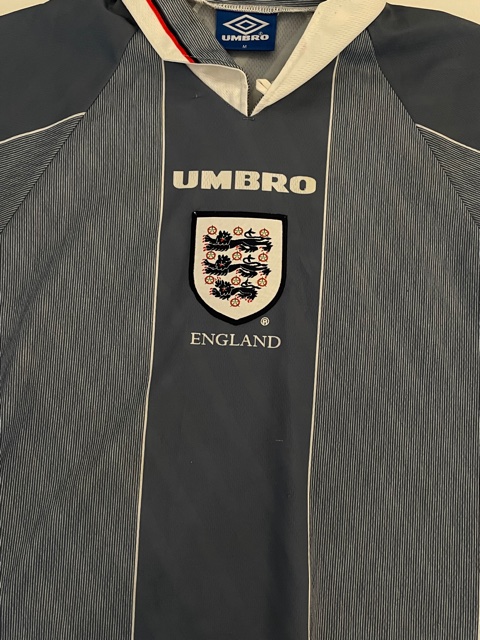 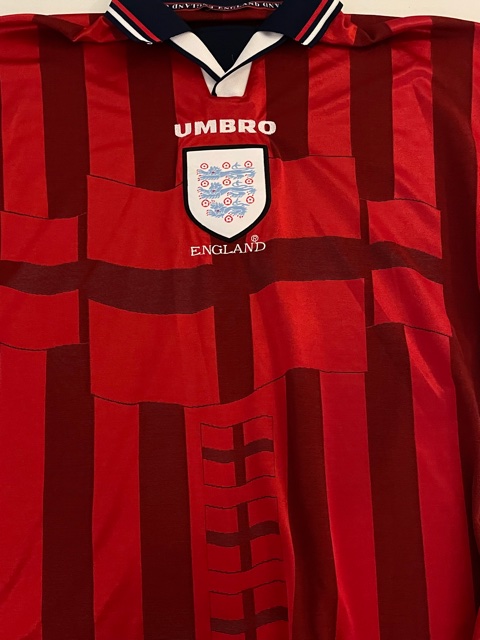 He has been hunting online for bargain kits, and also spends a lot time running down the rails in charity shops.

He added: “I love the different designs over the years, and the change in styles when different manufacturers create the new shirts. I would love to have had more from the 80’s when I was growing up.

“I think many of the kits really started evolving then, and some of the designs were epic and others horrendous! Possibly my favourite part about collecting is that it is an endless job!!

“There must be thousands of shirts produced each year around the world, year after year, so how ever many I collect there will always be new ones to find!”

He is backing England to go all the way and claim the Euro 2020 title and added: “It’s a great mixture of youth and experience and I believe a genuine lack of fear in the squad. Gareth Southgate is also a local, so backing him and the team to bring it home!”

If you've got an England football shirt collection, and think it is better than Jon's please email [email protected]