Save our frescoes! English Heritage warns about the state of our crumbling wall paintings, from medieval marvels to WWI graffiti

wall paintings illuminating centuries of history are in danger of being lost for ever because they are decaying so quickly, experts warned yesterday.

The artworks are peeling, fading or flaking away, said English Heritage yesterday. They range from 1,900-year-old Roman murals to Victorian church decoration, and also include paintings in medieval churches and even graffiti from the First World War.

In many cases damp is responsible for the decay but in others failed restoration attempts have done more harm than good. 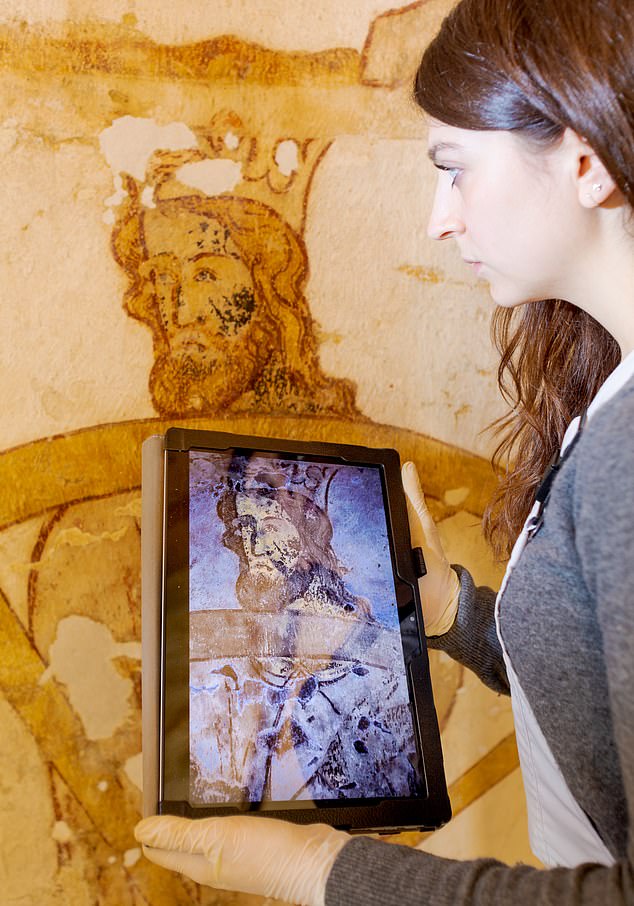 English Heritage has today revealed that England’s precious wall paintings, some older than those in the Sistine Chapel, are at risk from a catalogue of threats. Pictured: Longthorpe Tower, Peterborough

English Heritage, which cares for 77 murals and frescoes, is checking the condition of all them to see what needs to be done. The charity’s Rachel Turnbull said: ‘For thousands of years people have left little glimpses into their lives through richly decorated wall paintings.

‘These artworks tell a story about the people who painted them and the communities who lived or worshipped in these buildings centuries ago.

‘We need the public’s help today to repair their [the paintings’] buildings, stabilise their structures and protect them from damp and decay before time runs out.’

The works at risk include paintings at Lullingstone Roman Villa in Kent built in the first century AD and the interior of the Victorian gothic church of St Mary’s at Studley Royal in North Yorkshire. 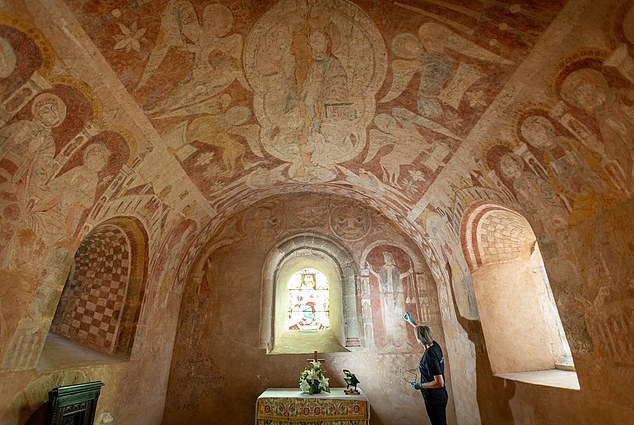 English Heritage cares for the largest and most significant collection of wall paintings in the country, but many of these require urgent conservation or they risk disappearing from view altogether. Pictured: St Mary’s Church, Kempley, Gloucestershire

Medieval paintings at Longthorpe Tower in Peterborough, and First World War graffiti at Richmond Castle in North Yorkshire are also under threat.

The work includes undoing earlier but outdated methods of conservation. At St Mary’s Church, Kempley, Gloucestershire such methods are causing the medieval paintings to flake.

However, Britain’s damp climate poses the biggest threat. At Studley Royal church, water is damaging the plaster while at Bolsover Castle, Derbyshire, damp is causing plaster to crumble from the wall. English Heritage became a charity in 2015 and relies on members and visitors to protect our ancient monuments.