Terrifying footage has captured of the moment a great white shark drags a bleeding dolphin carcass through the water passed a boat.

The clip has been shared to social media and currently has over 21,000 views.

‘Mother Nature worked her magic this morning and put on a dramatic show in front of shocked workers three kilometres off Smoky Bay at the towns local oyster leases,’ the caption reads. 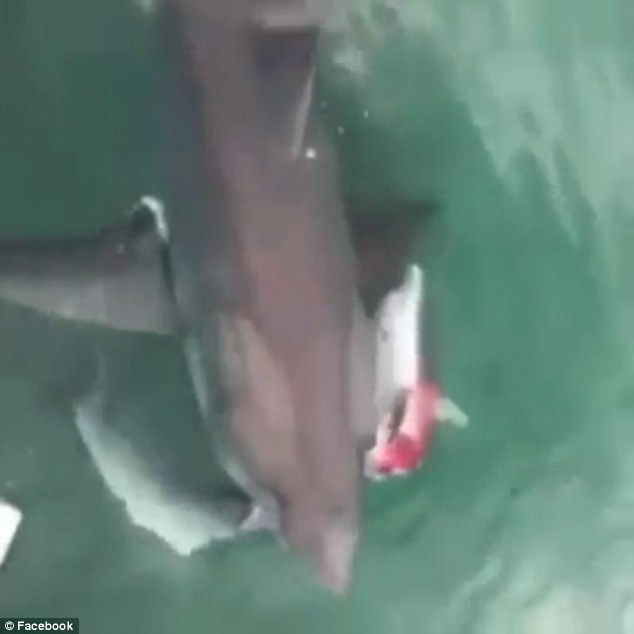 Smoky Bay is a town of about 280 year-round residents located in South Australia on the Great Australian Bight.

‘My nephew took this footage on my phone. Best craziest morning ever. A smaller great white made the kill then a bigger great white come from nowhere and stole it from his mouth. The footage you see is the bigger shark just after he stole it,’ the top comment reads.

Many viewers made mention of the popular belief that sharks do not attack where there are dolphins.

‘Always safe to surf when there’s dolphins about mate, never sharks where’s there’s dolphins’ -mentioned by you lads every time I paddled out with ya for a laugh back in the day!’ one viewer posted.

‘Omg I was always told where there is dolphins sharks won’t be near, never believing that again,’ wrote another. 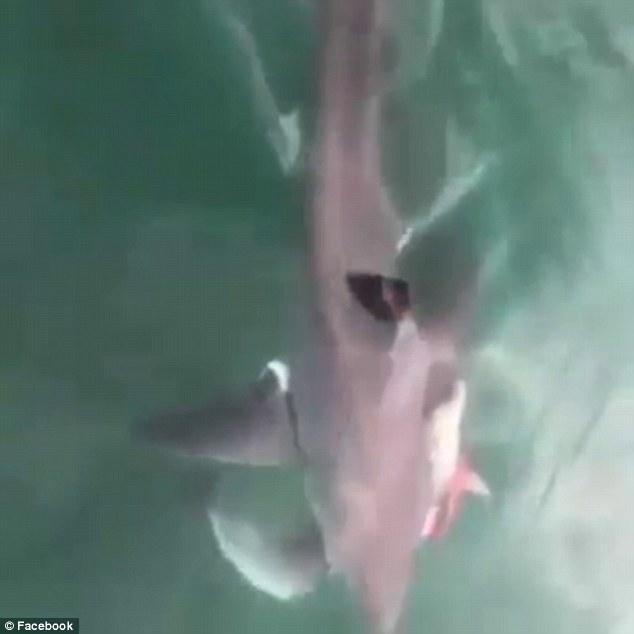 The clip has been shared to social media and currently has over 21,000 views