Terrifying footage shows the yobs battering each other with hammers, cricket bats and planks of wood during the bloody clash. 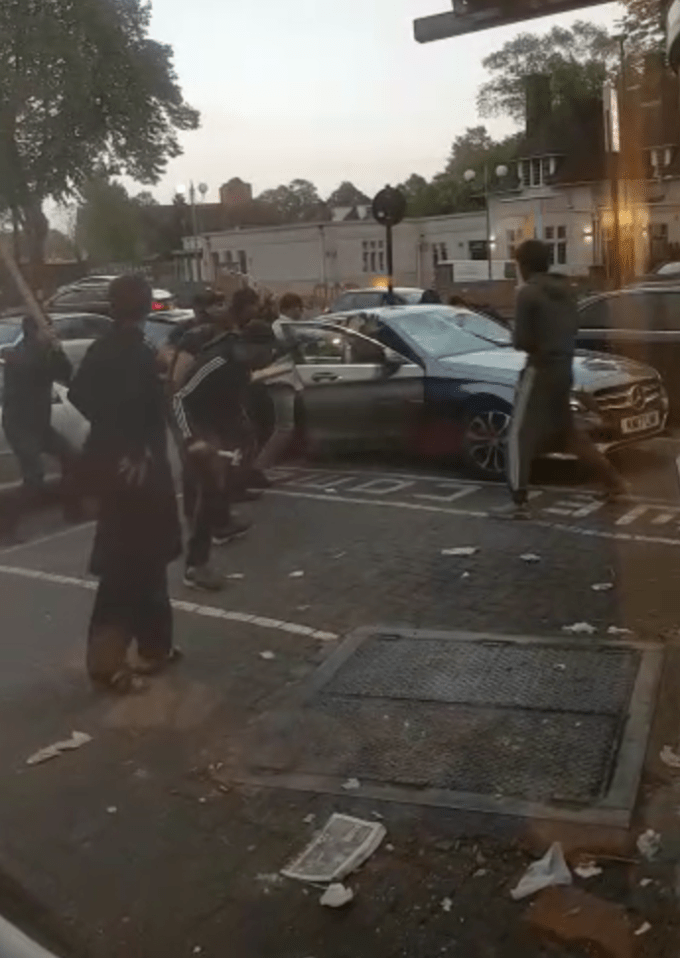 One man can be seen with blood gushing from his head after he was chased down and beaten by the feral mob.

The brutal fight erupted outside Kabul Darbar takeaway in Birmingham as the thugs savagely attacked each other with weapons.

The dramatic footage also shows one lout jumping up and down on the bonnet of a Mercedes as others shatter its windows.

As terrified customers take refuge inside the restaurant, a man comes out and tries to reason with the brutes but is shoved up against a car. 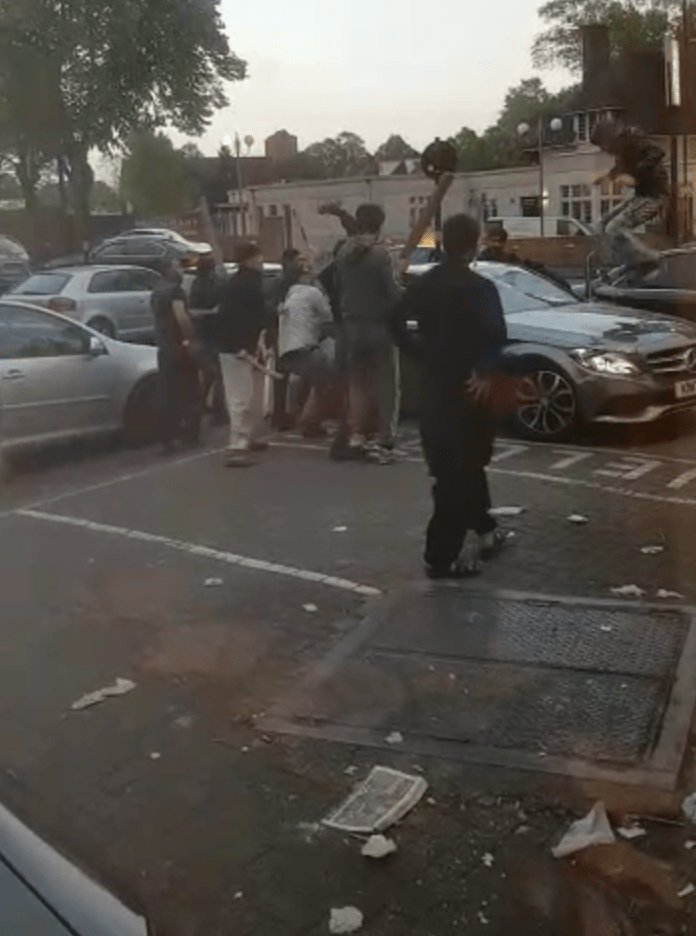 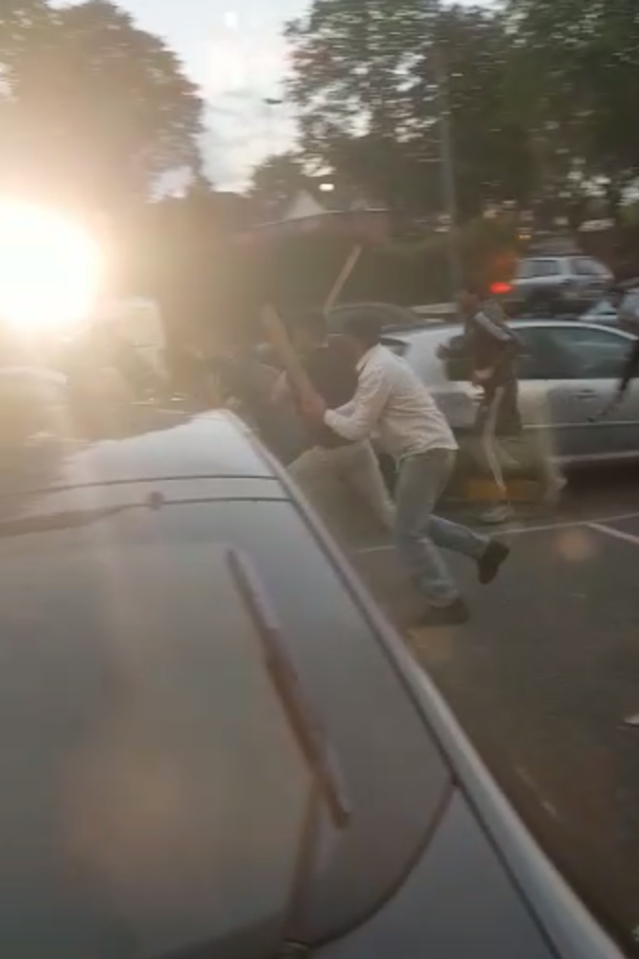 The gang then goes after a lone man who is beaten to the ground as he tries to flee the carnage.

He can later be seen being helped by a man as he sits on the concrete with blood pouring from his head.

The thugs are then seen hurrying into two cars – one black and one silver – and speeding away.

A second clip then shows the  Mercedes up close with all its windows smashed in and its bodywork badly dented. 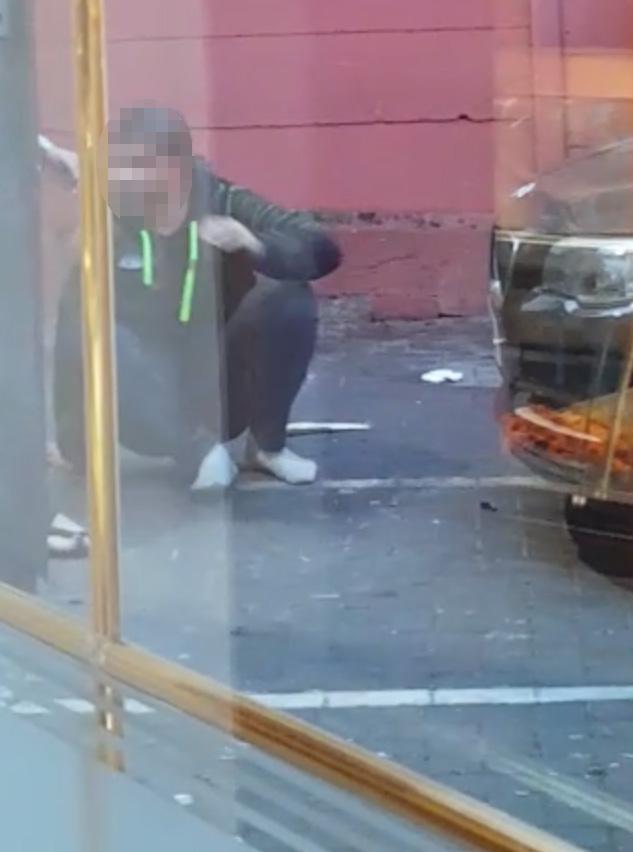 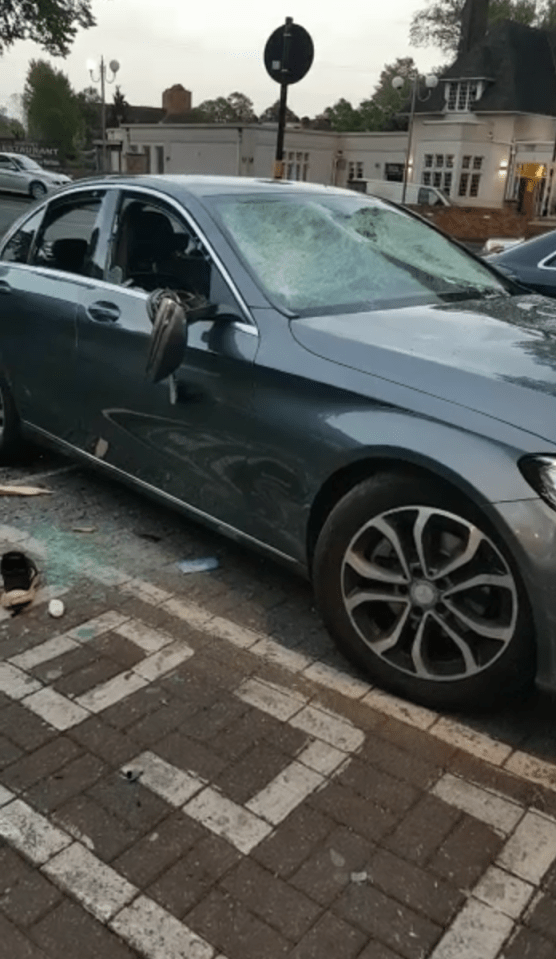 West Midlands Police said it had been made aware of the footage and confirmed two men were injured in the brawl.

A spokesman said: "Police are investigating a disorder where wooden bats and metal bars were brandished in St Josephs Road, Ward End, at around 8.45pm last night (Thursday 10 May).

"A 23-year-old man has been taken to hospital with head, leg and arm injuries which are not life-threatening; while another man, aged 29, suffered an arm injury.

"A car was also damaged as a group of men involved in the disorder are believed to have fled in a number of other vehicles.