This weekend, the streets of America were once again clogged with protesters as people marched in opposition to the administration’s detention of migrant children. A few days earlier, more than 600 women were arrested on Capitol Hill during a protest against family separation — a protest organized by the leaders of the women’s march, which brought a record number of American women to the streets last year to protest Donald Trump’s inauguration. 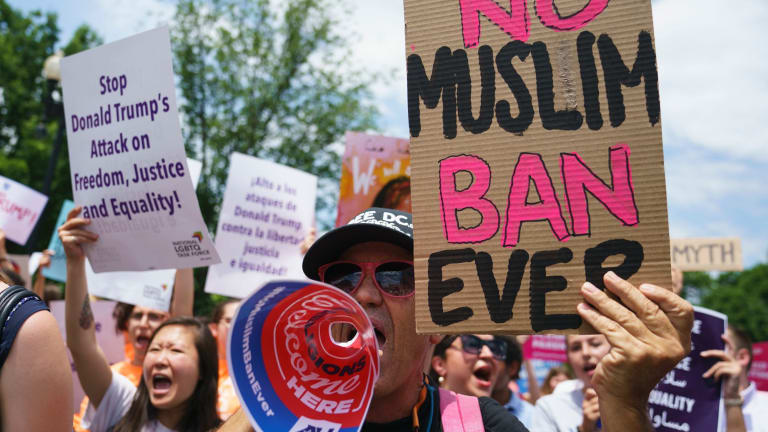 A year and a half into Trump’s presidency, his opposition is digging in — as is the administration. Does this mean America is entering an era of permanent protest?

If it is, that era started well before Trump appeared on the scene. Most of the 21st century has been marked by mass protests in America, from the 1999 protests against the World Trade Organization to the massive marches against the Iraq War to the emergence of the Tea Party and Occupy Wall Street. Time and again, frustration has driven Americans to pick up a placard and take to the streets.

Frustration is central to understanding why these protests have flourished. It’s not just disappointment with a lost election. Instead, it’s a sense that the political system is not effectively representing the popular will. And that’s something that has been increasingly true in the United States as both economic and political inequity have grown.

Take the Iraq War protests. Despite significant opposition, especially but not exclusively on the left, the authorisation of military force passed with 40 per cent Democratic support in the House and 60 per cent Democratic support in the Senate (and almost unanimous support from Republicans). The Congress was far more hawkish than the public itself, which, even after being misled by the Bush administration on the casus belli, nonetheless only offered a bare majority of support for invasion at the time of the vote. 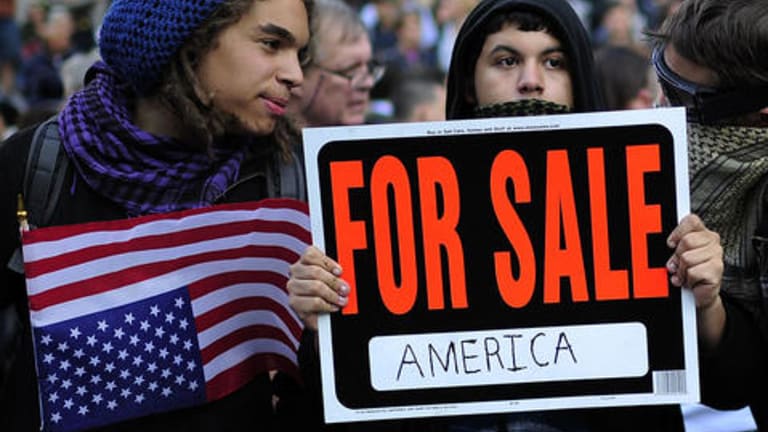 Or consider the protests that broke out after the global financial collapse. On both the left and the right, protesters carried signs denigrating Wall Street and the banks, calling for the government to act. And yet when Congress acted, it did so in quite limited ways: the people responsible for the collapse were never prosecuted, and many of the minimal regulations added to the finance sector have since been repealed.

Another strain of political protests has emerged from the frustration of legal inaction. Black Lives Matter activism has mounted as video evidence of police misconduct has resulted in few judicial consequences. The murder of a 12-year-old child playing at a park, the manhandling of children playing at a pool, the choking death of a man selling cigarettes: all caught on tape, none successfully prosecuted.

Frustration is also central to understanding why these protests, though supported by millions, seldom have immediate political consequences. People take to the streets precisely because regular forms of democratic citizenship have failed them. Their vote didn’t count. Their party remained deaf to their cause. Their rights remained unrecognised. From the fight to end slavery to the fight for women’s suffrage to the fight to dismantle segregation, protesting Americans were battling a system that did not recognise their voices and views.

Which is not to say that protests are inherently ineffective. They are often the first step toward political change. Protesters lend a moral urgency to a cause, as those who swarmed the nation’s airports in the aftermath of the first travel ban did. Those protests kept media attention on the injustices and illegalities happening as the ban went into effect and drew masses of lawyers to airports to advocate for those caught up in the restrictions.

When protests break through and capture the attention of media and politicians, they also lay the groundwork for genuine political change. It mattered that Fox News spearheaded some of the Tea Party protests: the conservative network’s coverage elevated and legitimated (and, some would argue, helped manufacture) the discontent of those gathered. Before the mass arrests on Capitol Hill last week, some Democratic members of Congress joined the protest, adding their voices — and their imprimatur — to the cause.

And just as the Tea Party effectively pushed Republican Party politics toward increasingly anti-establishment politics, so too are the anti-Trump marches helping reshape Democratic Party politics. Several 2020 hopefuls, like New York Senator Kirsten Gillibrand, have come up in for the abolition of ICE, a controversial border security agency. Prior to the mass protests of the last year, that proposition was a non-starter. Now it is becoming a more mainstream position within the Democratic Party.  Despite successes like these, protests will almost certainly not only continue but expand. Voter restrictions, gerrymandering, and the electoral college ensure that election-night outcomes will increasingly diverge from voter preferences

A new right-wing Supreme Court appointee will keep jurisprudence out of step with popular will on issues like abortion and gay rights. And the harshness of the administration’s agenda all but ensures that its opponents will see political battles in starkly moral terms and be unwilling to wait for the next election.

For now, at least, Americans will remain on the march. Whether that will change anything continues to be an open question.

Nicole Hemmer is a Fairfax columnist based in the United States.