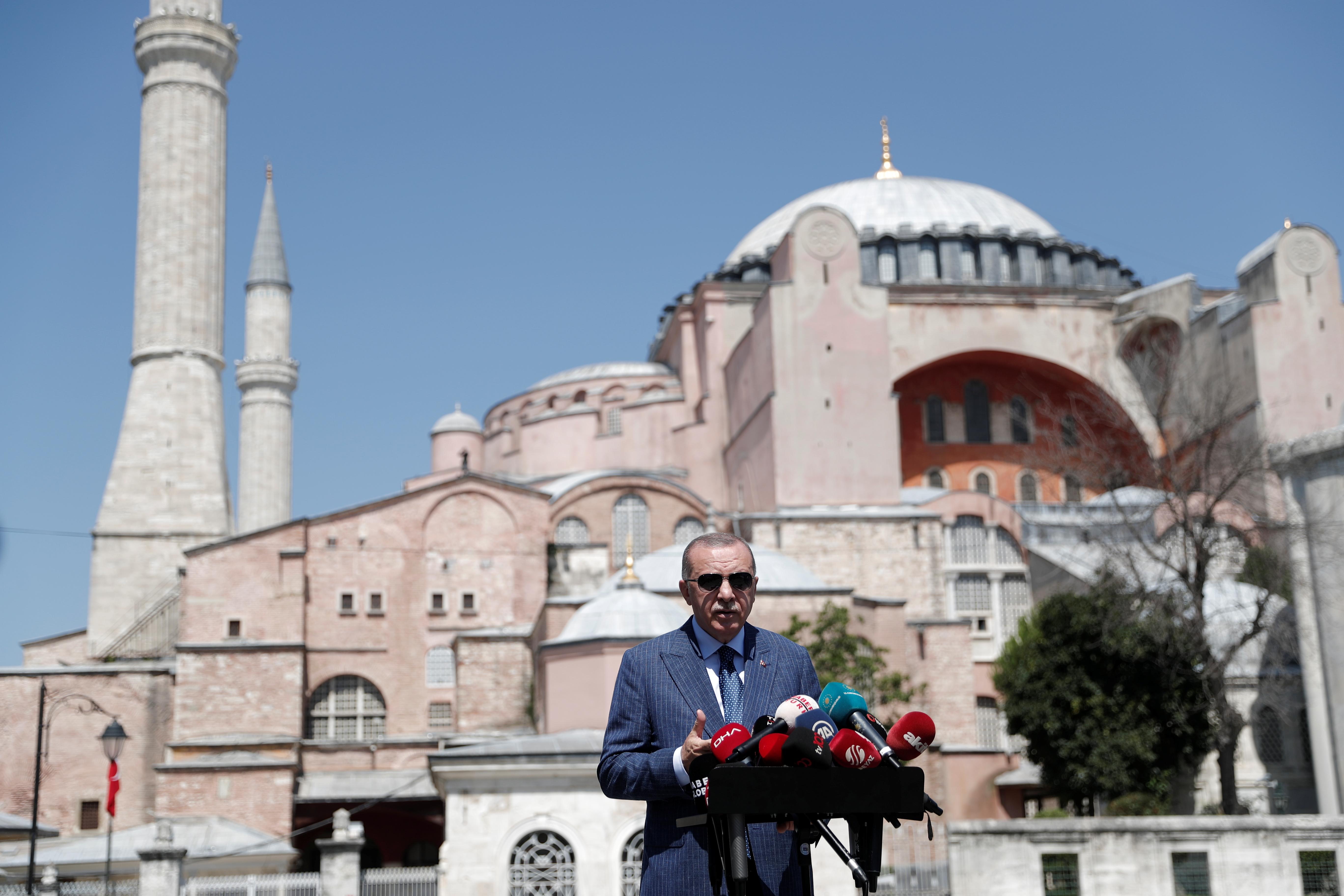 ISTANBUL (Reuters) – President Tayyip Erdogan said on Friday that Turkey had resumed energy exploration work in the eastern Mediterranean as Greece had not kept its promises regarding such activities in the region.

NATO members Turkey and Greece have long been at loggerheads over overlapping claims for hydrocarbon resources and tensions flared up last month, prompting German Chancellor Angela Merkel to hold talks with the country’s leaders to ease tensions.

“We have started drilling work again,” Erdogan told reporters after participating in Friday prayers at the Hagia Sophia mosque. “We don’t feel obliged to talk with those who do not have rights in maritime jurisdiction zones.”

He said Turkey’s Barbaros Hayreddin Pasa, a seismic survey vessel, had been sent to the region to carry out its duties. The ship moved into waters off Cyprus in late July and remains in that region.

Erdogan made the comments when asked about an accord signed by Egypt and Greece on Thursday designating an exclusive economic zone between the two nations in the east Mediterranean.

Diplomats in Greece said their agreement nullified an accord reached last year between Turkey and the internationally recognised government of Libya.

Turkey and Greece are also at odds over a range of issues from flights over each other’s territory in the Aegean Sea to ethnically divided Cyprus.