Guy Verhofstadt took European Commission President Ursula Von der Leyen to task this morning after she issued a grovelling apology to Italy on behalf of the EU. During a heated session of the European Parliament, Mr Verhofstadt questioned what the leading EU boss “was waiting for” in putting together a huge recovery plan for the bloc. By the time he was granted time to ask his question, Mrs Von der Leyen had already left the Parliament, much to Mr Verhofstadt’s frustration.

He told the chamber: “I wanted to give a message to the President of the Commission, Mrs von der Leyen, but she’s no longer here.

And why? Because I think, rightly, she has spoken about the duties fulfilled by our nurses, our medical people.

“But are we as politicians fulfilling our duties? I’m not so sure about that.

“It’s been weeks that we have been discussing this European Marshall Plan. My question is: what is the European Commission waiting for?”

This comes after recent calls from the Commission President for an £871bn “new Marshall plan” to revive European economies when they start to get a grip on the coronavirus. 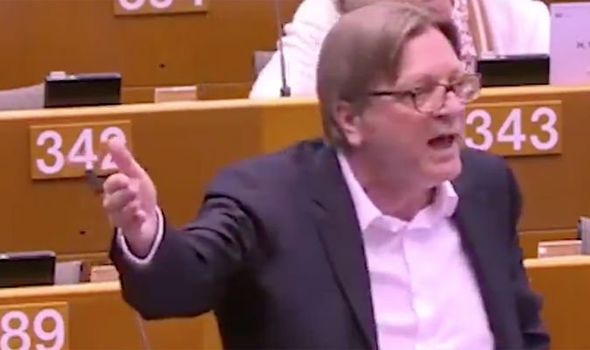