President Macron has been very opposed to a long extension of the Brexit deadline, but Mrs Merkel has said that the EU should avoid “putting pressure” on Britain with regards to the EU exit. Mrs Merkel is desperate to avoid a no deal Brexit, which she believes would be just as damaging for the EU as it would be for the UK. 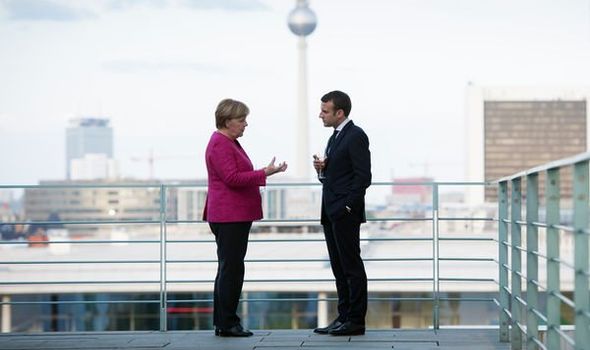 We have a European renaissance to manage

The German chancellor has taken the long-term approach and has asked the other EU leaders to think about how they would be judged by history for any decision that they make.

However, speaking before the EU summit this week, Mr Macron made it clear the welfare of the EU was more important than that of the UK following Brexit.

He said: “We have a European renaissance to manage.

“I believe in it very deeply and I don’t want Brexit to come and block us on this.”

The 27 EU heads have compromised to set a new deadline for the UK of October 31.

Relations between France and Germany are already under strain due to eurozone reform, arms exports and the Nord Stream 2 gas pipeline.

According to the Financial Times, chairman of the Bundestag’s foreign affairs committee Norbert Röttgen said: “I found his behaviour really disappointing.

“He placed the interests of his party and its prospects in the European election above the EU’s unity.” 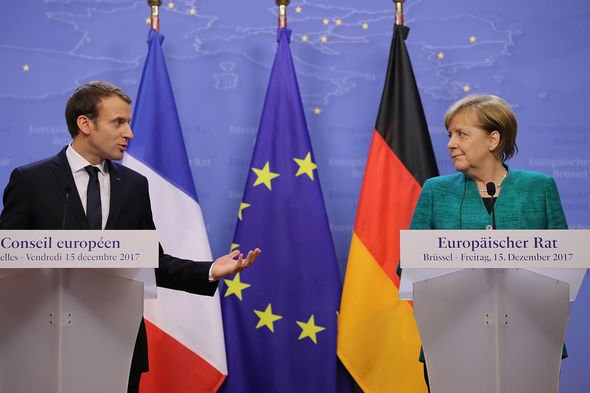 So far MPs have rejected the withdrawal agreement Mrs May reached with the other European leaders.

Downing Street has said Mrs May and Mrs Merkel are united in agreeing “the importance of ensuring Britain’s orderly withdrawal” from the EU.

The European Council President, Donald Tusk, has warned Mrs May not to “waste this time” given to her and has not ruled out another extension.

The Labour Party has said there need to be more of a shift in the Government’s stance on Brexit in cross-party talks.