Brussels is urging Britain to treat Northern Ireland like Hong Kong and accept the province must accept EU rules and regulations after Brexit.

Officials in the bloc say the UK should adopt a ‘one state two systems’ approach – keeping the province in the customs union while the rest of the UK quits it.

They said this would copy what happened in Hong Kong – which Margaret Thatcher agreed would be handed back to China on condition it kept its own institutions and laws.

But British officials have reacted with fury to the suggestion, branding it ‘unacceptable’.

They pointed out that the UK gave up control of Hong Kong whereas voters backed Brexit to take back control – not relinquish it. 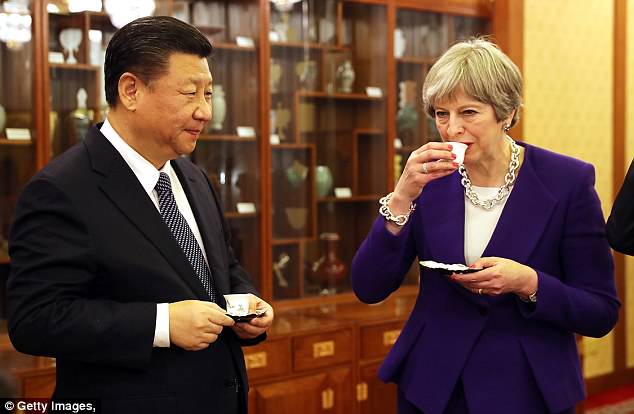 Brussels is urging Britain to treat Northern Ireland like Hong Kong and accept the province must accept EU rules and regulations after Brexit. But Theresa May (pictured having tea with Chinese President Xi Jinping in Beijing in February) has ruled out the plan

An EU diplomat told Politico website: ‘The one thing you cannot say about Margaret Thatcher is that she was soft on sovereignty.

‘The head of state in Hong Kong is President Xi. That’s a fact. If Thatcher agreed it for Hong Kong, why not Northern Ireland?

‘It would not affect the constitutional integrity of the UK. The head of state would still be the queen.’

Under the proposals, Northern Ireland would stay in the customs union, eliminating the need to carry out border checks between the province and the Republic of Ireland.

Brussels says the plan is the only way to avoid setting up avoiding a hard Irish borer with customs checks and guards, and safeguard the peace process.

But British officials and MPs have slammed the proposal, which would set up a hard border between Northern Ireland and the rest of the UK. 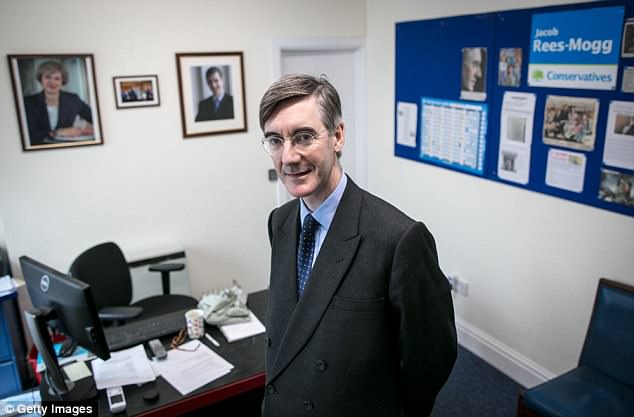 A senior British official told the website:  ‘The whole point of Hong Kong is that we handed sovereignty back to China. That’s why the prime minister has said it is unacceptable — because it is.

Theresa May has ruled out the plan.

And Jacob Rees-Mogg, a Tory MP and head of the influential backbench Brexiteer group the European Research Group, also criticised it.

He told Mail Online: ‘It is in no way a comparable situation and would require  a border between Northern Ireland and the rest of the UK, as there is between Hong Kong and China.’