EU leaders arrive at summit in attempt to save Iran nuclear

May, Macron and Merkel arrive for EU summit where they will make a last ditched attempt to save Iran nuclear deal as US sanctions begin to bite 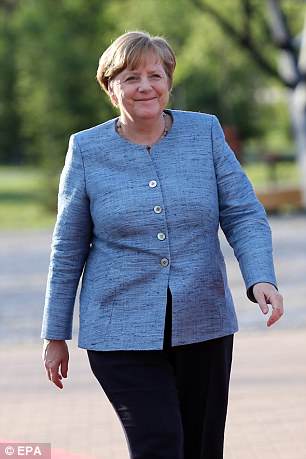 European leaders have arrived at a summit in Sofia in a bid to save the Iran nuclear deal in the wake of Donald Trump’s decision to re-impose sanctions on the Islamic Republic.

The 28 worried EU leaders are gathering in the Bulgarian capital for discussions over dinner on how to salvage the nuclear deal and European business dealings with Iran from Trump’s sanctions.

They will also discuss measures for avoiding a trade war in an escalating steel tariff dispute with the United States.

Theresa May, Emmanuel Macron and Angela Merkel have all expressed their desire to see the deal continue but are faced with the prospect of US sanctions affecting the European countries ability to do business with Iran.

The trio will ‘present their assessment of the situation’ to their colleagues over dinner, it was reported.

Sanctions are already beginning to bite with French energy giant Total preparing to pull out of a billion dollar gas project in Iran.

Total was the first major Western energy company to invest in Iran after sanctions with Iran were lifted but it has been joined by German insurer Allianz and Danish tanker operator Maersk in winding down their business in Iran. 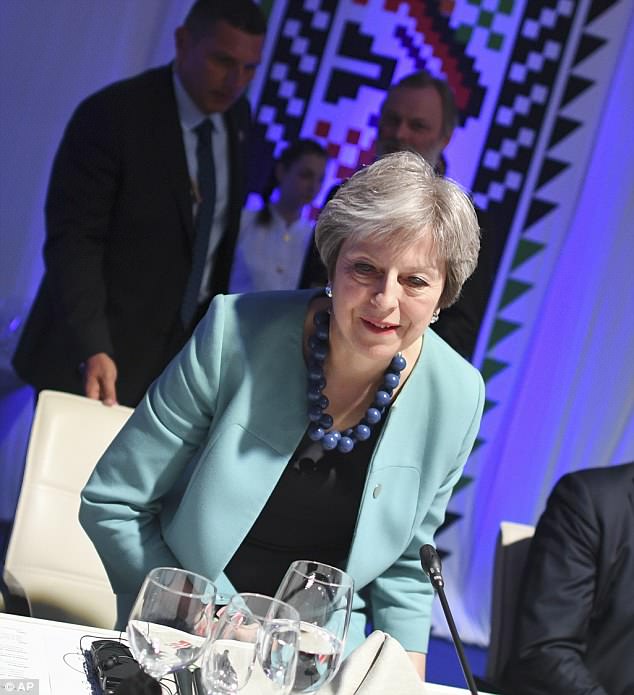 Theresa May takes her seat at dinner with EU leader, where the Iran nuclear deal will be discussed 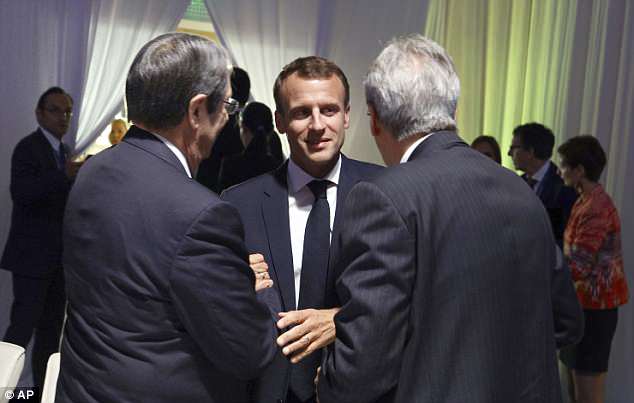 At dinner talks in the Bulgarian capital, EU leaders were briefed on possible incentives to keep Tehran in the nuclear agreement despite the U.S. pulling out.

Major European countries share Trump’s concerns but argue that the nuclear deal is the best way to stop the increasingly influential regional power from obtaining an atomic weapon.

Merkel defended the deal in remarks to the Bundestag before the travelled to Sofia.

‘This agreement is everything other than ideal, but Iran is, according to all the knowledge of the international nuclear authorities, sticking to the commitments of the agreement.’

European Commission head Jean-Claude Juncker was due to present options to protect the substantial European investment in Iran.

But the reach of the U.S. financial system, the dominance of the dollar and the presence of European companies’ operations in the United States all weaken any potential EU measures.

Iran has said it may start enriching uranium again if it can no longer see any economic benefit from sticking to the deal, which lifted earlier international sanctions on the Islamic Republic in exchange for it curbing its nuclear ambitions.