EMMANUEL Macron has called for a rethink of the free movement agreement in Europe following a spate of Islamist attacks in France and Austria.

The French president called for a "deep overhaul" of the Schengen agreement to "bolster the fight" against illegal immigration and stop terrorists wandering freely across borders. 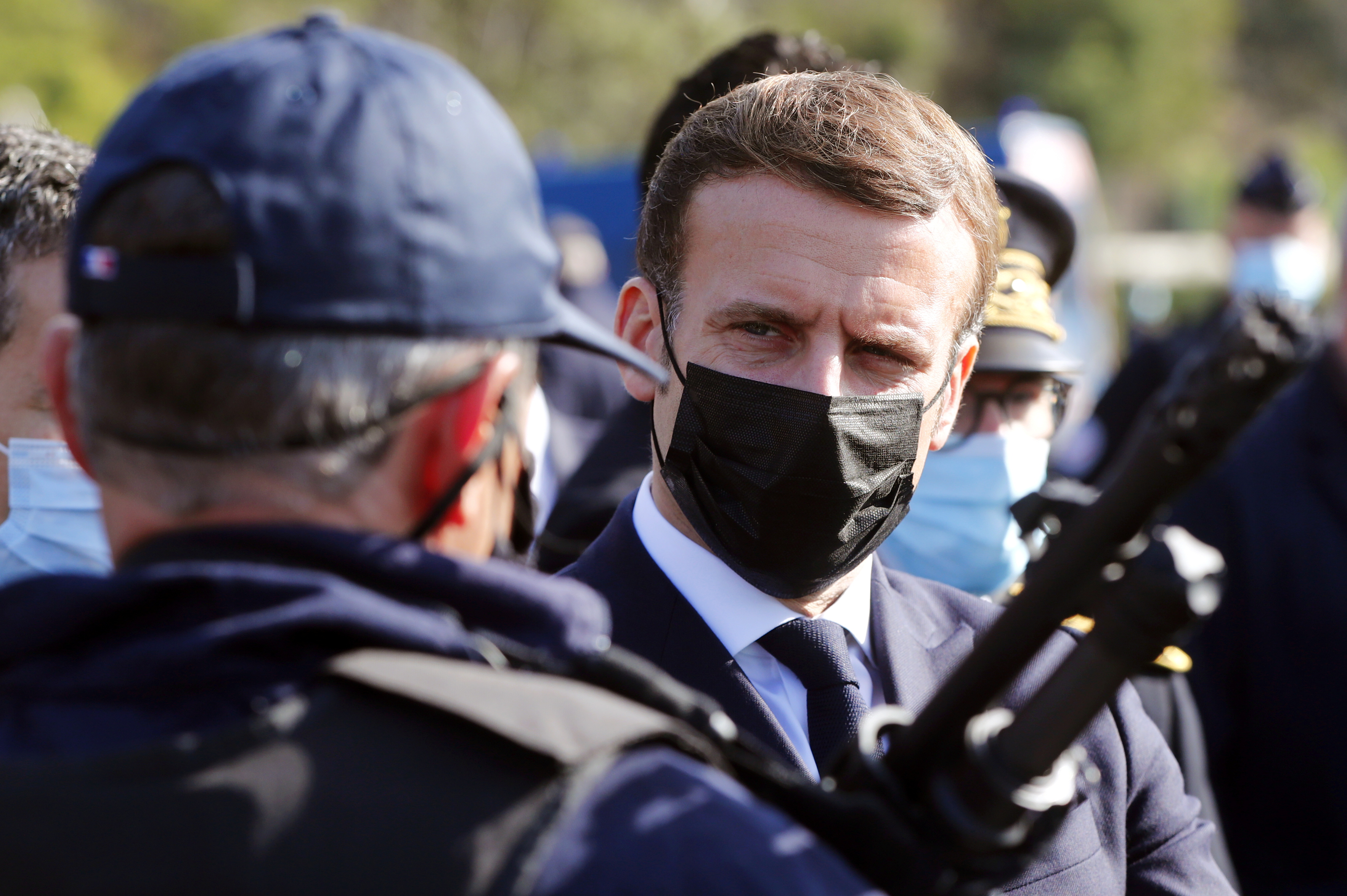 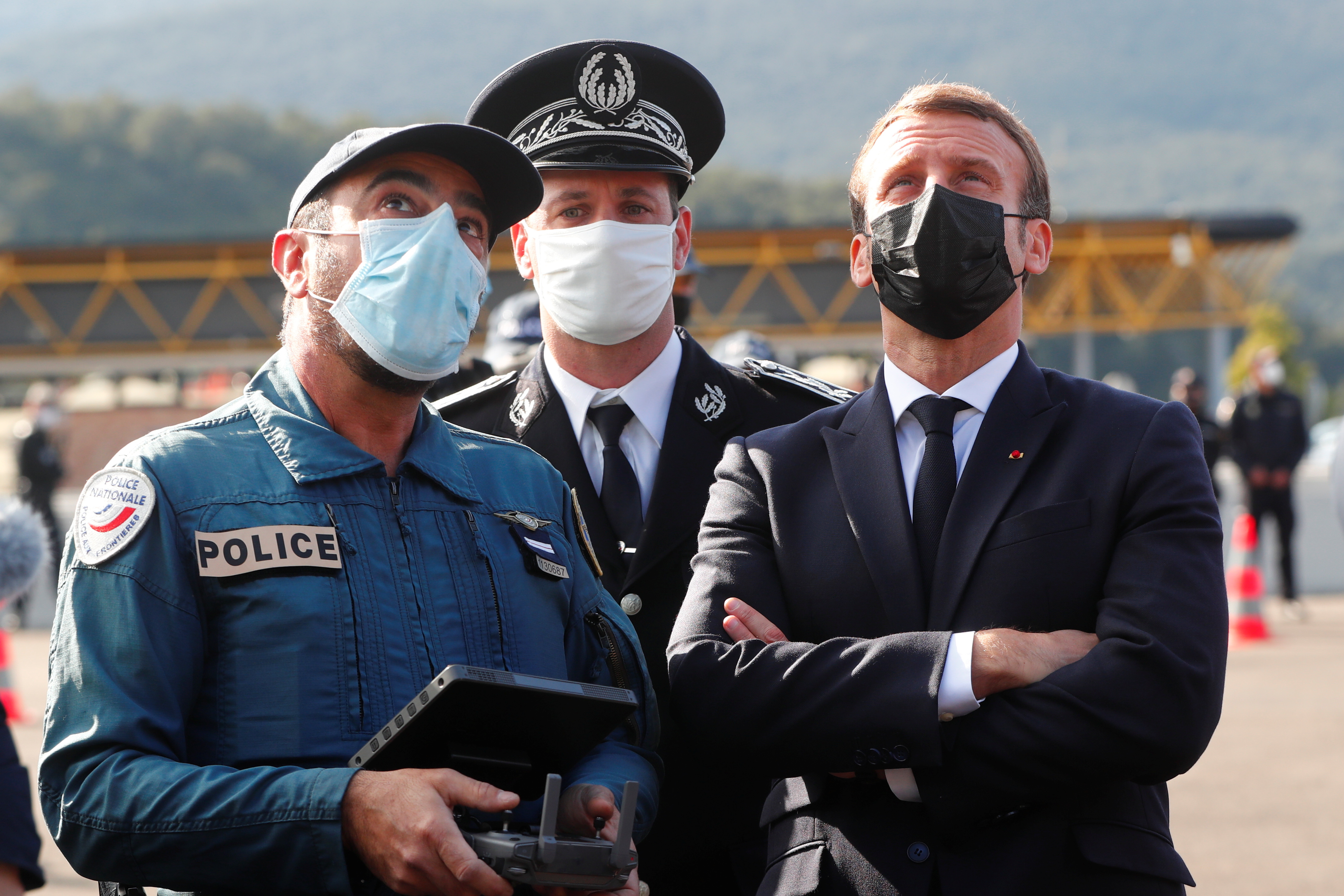 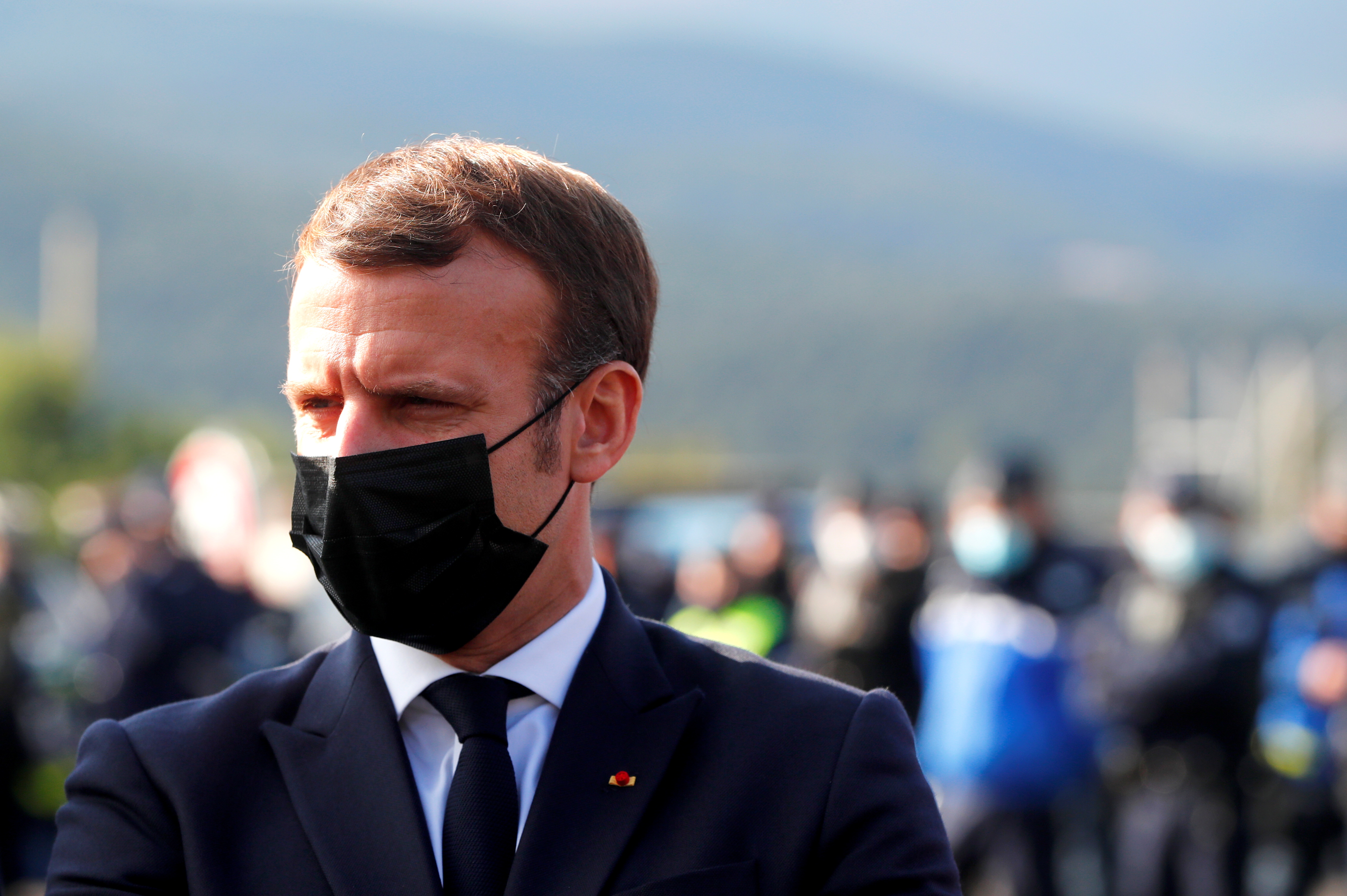 In a shift to the right, Macron admitted tighter controls are needed to stop criminal gangs illegally trafficking migrants into Europe, which he said are often linked to terror groups.

Macron announced France would double the number of police manning its borders, increasing from 2,400 to 4,800.

"We need to bolster our fight against illegal immigration and traffickers who, increasingly often, have links to terrorism," the president said.

He added: "I am in favour of a deep overhaul of Schengen to rethink its organisation and to strengthen our common border security with a proper border force."

A government official said France will rally support for the changes before Macron presents his proposals to an EU summit in December.

France hopes Germany will put its name to the plan, citing the Netherlands and Austria as other possible allies.

Europe is still reeling from two terror attacks in the last week which involved assailants who moved freely between Schengen member states.

A Tunisian man killed three people in a church in Nice on October 29.

Brahim Aouissaoui, 21, had arrived on the Italian island of Lampedusa, which lies off North Africa, five weeks earlier.

After being transferred to the mainland, Aouissaoui travelled into France by train hours before launching the bloody knife attack.

It was the third attack since Charlie Hebdo republished the caricatures of the prophet of Islam in September as the trial opened for the 2015 attacks at the papers offices and a kosher supermarket.

The gunmen in that attack claimed allegiance to the Islamic State group and al-Qaida, which both recently called anew for strikes against France.

Meanwhile, the jihadist who killed four people in Vienna on Monday travelled to neighbouring Slovakia in July in an attempt to buy ammunition, Austrian officials said.

The attacks follow the beheading of teacher Samuel Paty, 47, in Paris, who used cartoons of the Prophet Mohammed to teach a history class.

Macron said the history and geography teacher was "assassinated" for producing the images in a lesson on freedom of expression.

The French president said the recent attacks were a warning to Europe that "the terrorist risk is everywhere".

"The attacks in France, and the attacks in Austria, show us that the risk is everywhere… that terrorists organise themselves globally but also by sending their agents through borders," he said.

Macron also said that some communities in France have become "breeding grounds" for terrorism and that children are being raised to "hate French values".

In an open letter to the Financial Times, Macron said: "France has been attacked by Islamist terrorists because it embodies freedom of expression, the right to believe or not to believe and a certain way of life.

"The French people have risen up to say that they will not surrender any of France’s values, its identity, or its imagination. 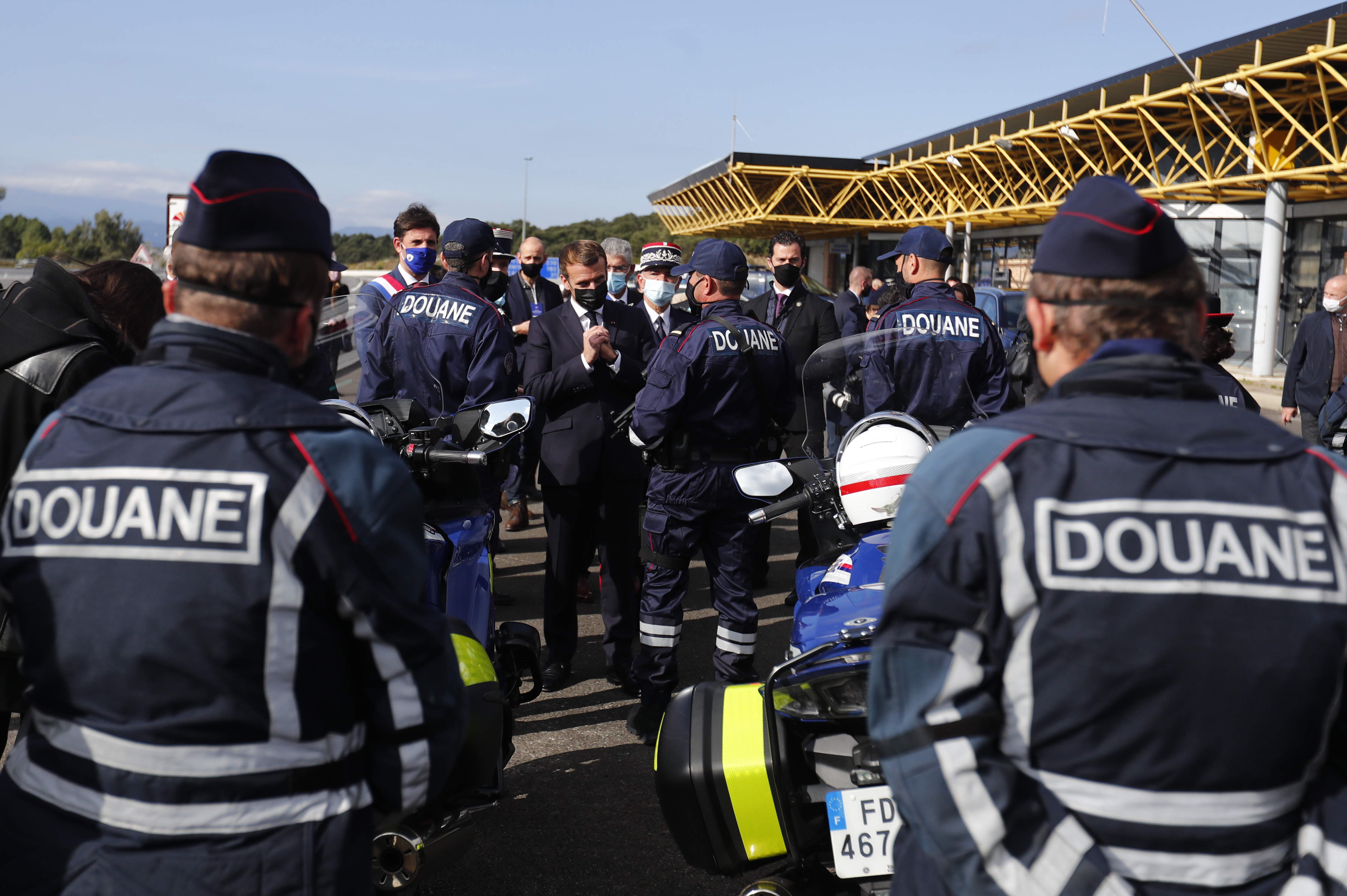 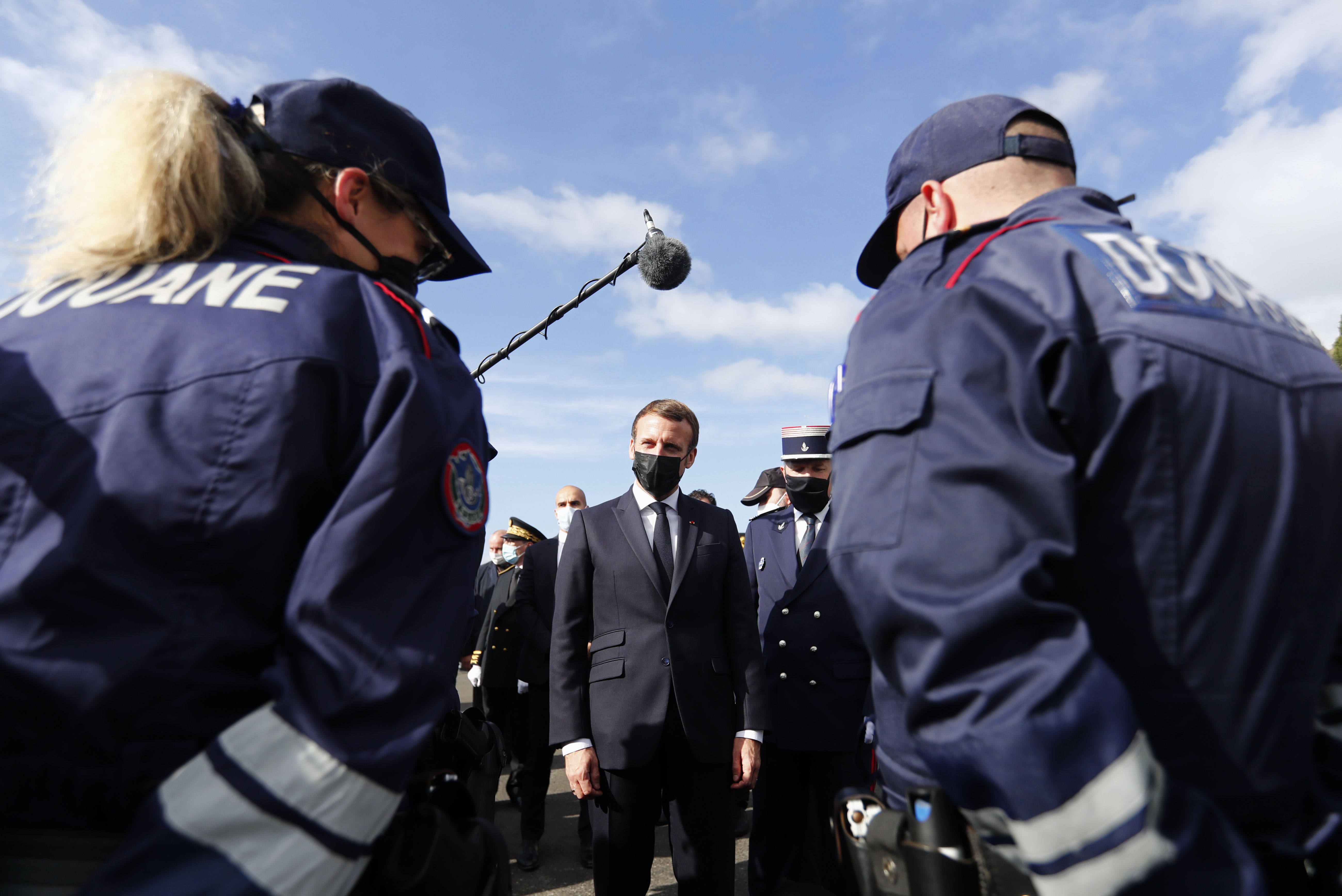 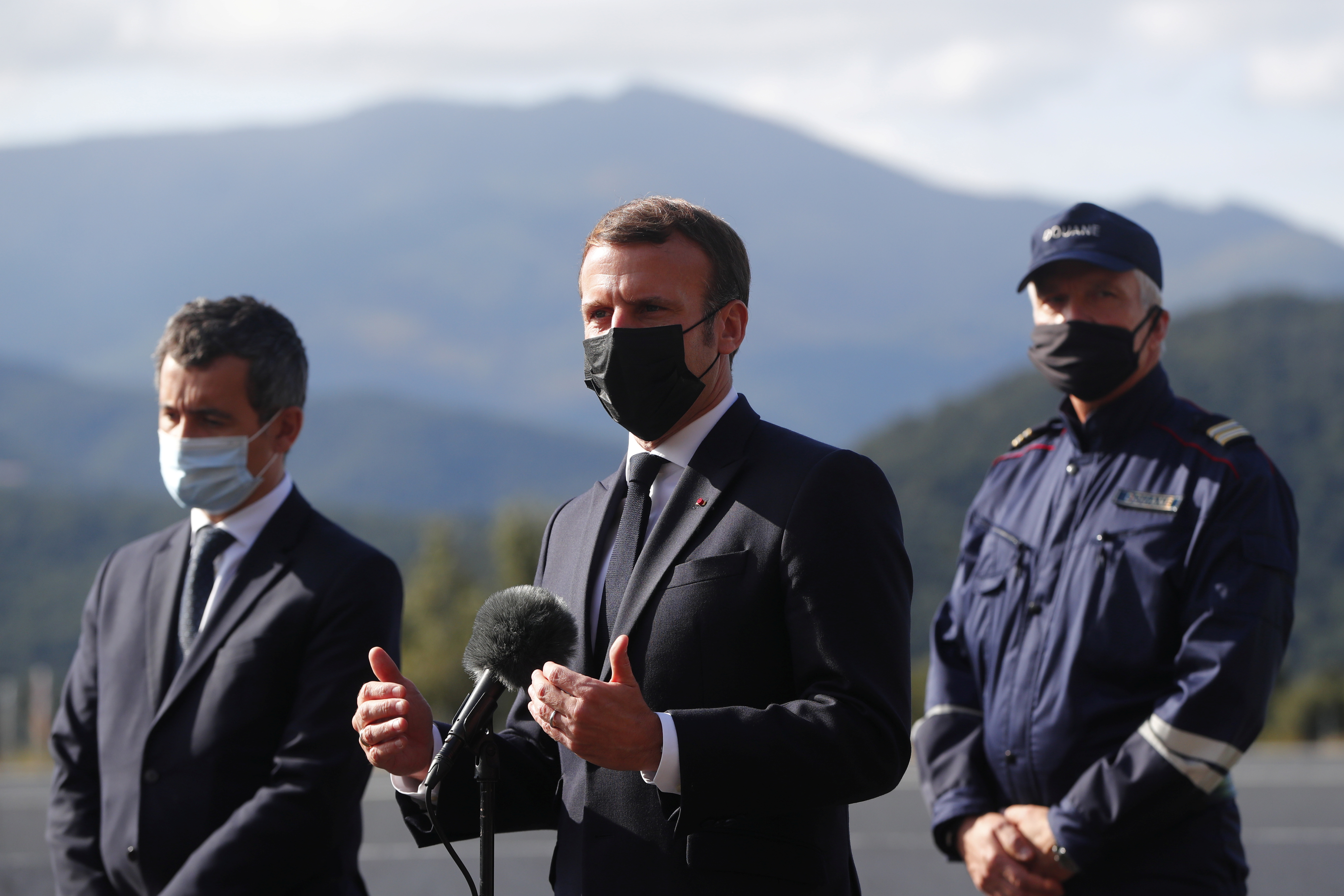 "But since 2015 it has become clear, and I said this even before I became president, that there are breeding grounds for terrorists in France.

"In certain districts and on the internet, groups linked to radical Islam are teaching hatred of the republic to our children, calling on them to disregard its laws.

"If you do not believe me, read the social media postings of hatred shared in the name of a distorted Islam that resulted in Paty’s death."

France raised its security alert to the maximum level after the Nice attack.

Thousands of soldiers have also been deployed to protect important sites such as places of worship and schools.

Italy's foreign minister, Luigi Di Maio, has also pressed for Europe to bolster its defences against terrorism and stressed the need for a revamp of EU immigration laws.

Referring to the recent terror attacks, he told the Corriere Della Sera: "Anyone can enter a member state and cross Europe. The risk is too high, the European vulnerability too large."

Austria's Chancellor also branded political Islam a "danger" to the European way of life and called for an "end to misconceived tolerance" after the attack in Vienna.

Sebastian Kurz urged EU leaders to join forces against political Islam and he has been in talks with Macron to discuss joint initiatives to tackle terrorism.

"I expect an end to the misconceived tolerance and for all the nations of Europe to finally realise how dangerous the ideology of political Islam is for our freedom and the European way of life," Kurz told Die Welt, a German newspaper.

Following the attacks, political parties on the right and far-right in France have called for the country's principle of secularism, which relegates religion strictly to the private sphere, to be given additional constitutional safeguards.

But Macron rejected the suggestion on Thursday.

"The situation does not warrant changing the constitution," he said.

A government official also insisted France did not want to restrict freedom of movement.

Instead, its proposals will echo Macron's call last year for a more robust EU border force and obligations on member states to provide intelligence on people moving across Europe's borders.

The French president also wants the EU to have a single asylum policy.

The Schengen zone consists of 22 of the 27 European Union member states, as well as Iceland, Norway, Switzerland and Lichtenstein.

Nearly 628,000 non-EU citizens were found to be illegally present in the bloc in 2019, up 10 per cent on the previous year, according to Eurostat data.

This is partly due to France's coronavirus lockdown, under which the borders were closed until June 20, and also due to an increase in the numbers of migrants over the summer, many travelling via Spain from Algeria and Morocco, Cazaux said.