Mr Macron told Europe 1 radio in an interview from the United Nations in New York, where he is attending the annual General Assembly: “I maintain that France cannot take in all the misery in the world. The share it does take in it must look after in the best possible way. “For this, we must organise ourselves better because France cannot welcome everyone if it wants to be a good host.” Mr Macron also took a tough line on so-called economic migrants, drawing a firm distinction between them and refugees fleeing war, famine or persecution.

He said that while it was France’s duty to “protect” refugees, his government would ramp up rapid deportations of those who “do not qualify for asylum and entered the country illegally”.

Mr Macron also called for a common EU asylum policy, saying: “We’re inefficient and inhumane – in France and in Europe.

“We need to speed up the overhaul of the Schengen area and of the Dublin system – in other words, we need common asylum laws and an efficient, common deportation policy.

“There is not enough cooperation in Europe and we need to look at this migratory phenomenon and take decisions.”

Stressing that France had always been a country of migration, the French President added: “I think it would be a mistake to say that the question of migration is a taboo or just something to discuss when there are crises.”

Earlier this month, Mr Macron hardened his stance on immigration, arguing that his government had to put a stop to its “lax” approach to prevent voters from shifting to the populist far right. 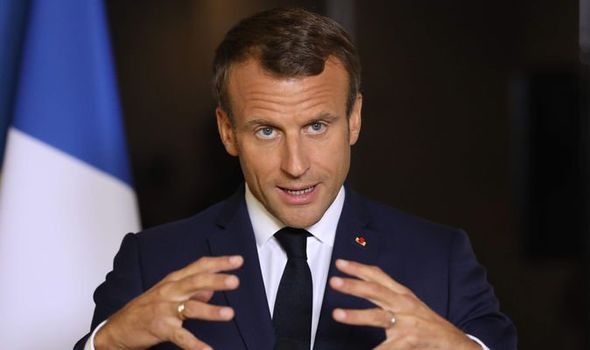 “By claiming to be humanist we are sometimes too lax,” he told his ministers and ruling party representatives, complaining that France’s asylum laws were being “misused” by people smugglers and “people who manipulate” the system.

France needs an asylum system that is “more efficient and more humane,” he added.

Referring to the ‘see no evil, hear no evil, speak no evil’ maxim represented by three monkeys with their hands over their eyes, ears and mouth, Mr Macron continued: “We’re like the three little monkeys, we don’t want to see.”

But Mr Macron’s critics remain unconvinced by his efforts to curb illegal immigration.

He added: “What we need are concrete action plans.”