BRUSSELS (Reuters) – European Union finance ministers agreed on Thursday on half-a-trillion euros worth of support for their coronavirus-battered economies but left open the question of how to finance recovery in the bloc headed for a steep recession. 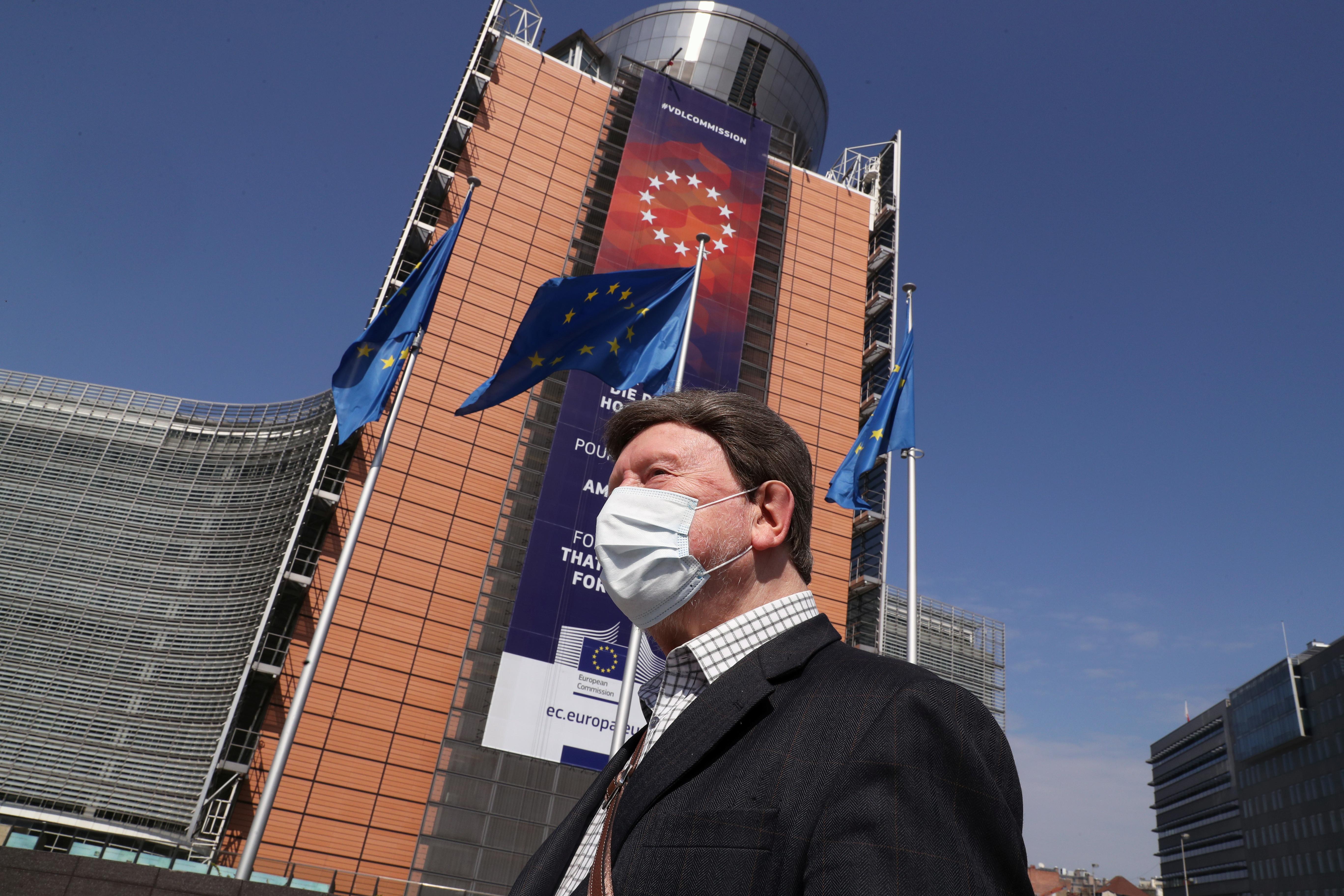 The agreement was reached after EU powerhouse Germany, as well as France, put their feet down to end opposition from the Netherlands over attaching economic conditions to emergency credit for governments weathering the impacts of the pandemic, and offered Italy assurances that the bloc would show solidarity.

But the deal does not mention using joint debt to finance recovery – something Italy, France and Spain pushed strongly for but which is a red line for Germany, the Netherlands, Finland and Austria.

It only defers to the bloc’s 27 national leaders whether “innovative financial instruments” should be applied, meaning many more fraught discussions on the matter were still ahead.

“Europe has shown that it can rise to the occasion of this crisis,” said French Finance Minister Bruno Le Maire, praising what he said was the most important economic plan in EU history.

Earlier on Thursday, Italian Prime Minister Giuseppe Conte warned that the EU’s very existence would be under threat if it could not come together to combat the COVID-19 pandemic caused by the novel coronavirus.

For weeks, EU member states have struggled to present a united front in the face of the pandemic, squabbling over money, medical equipment and drugs, border restrictions and trade curbs, amid fraught talks laying bare their bitter divisions.

While Le Maire said the Thursday agreement paved the way for debt mutualisation, his Dutch counterpart, Wopke Hoekstra, stressed the opposite.

“We are and will remain opposed to eurobonds. We think this concept will not help Europa or the Netherlands in the long-term,” Hoekstra said after talks ended.

Mario Centeno, who chaired the Thursday talks after sixteen hours of all-night discussions earlier this week failed to yield a deal, said 100 billion euros would go to a scheme to subsidise wages so that firms can cut working hours, not jobs.

The European Investment Bank would step up lending to companies with 200 billion euros and the euro zone’s European Stability Mechanism (ESM) bailout fund would make 240 billion euros of cheap credit available to governments, he said.

German Chancellor Angela Merkel earlier in the day talked on the phone with Conte and Dutch Prime Minister Mark Rutte, paving the way for the eventual agreement, which now awaits approval from the bloc’s 27 national leaders in the coming days.

She said she agreed with Conte on the “urgent need for solidarity in Europe, which is going through one of its most difficult hours, if not the most difficult”.

Merkel also made clear Berlin would not agree to jointly issued debt, but said other financial avenues were available.

Discussions on that have so far been fraught between the more fiscally conservative north and the indebted south, which has been hit hardest by the pandemic. 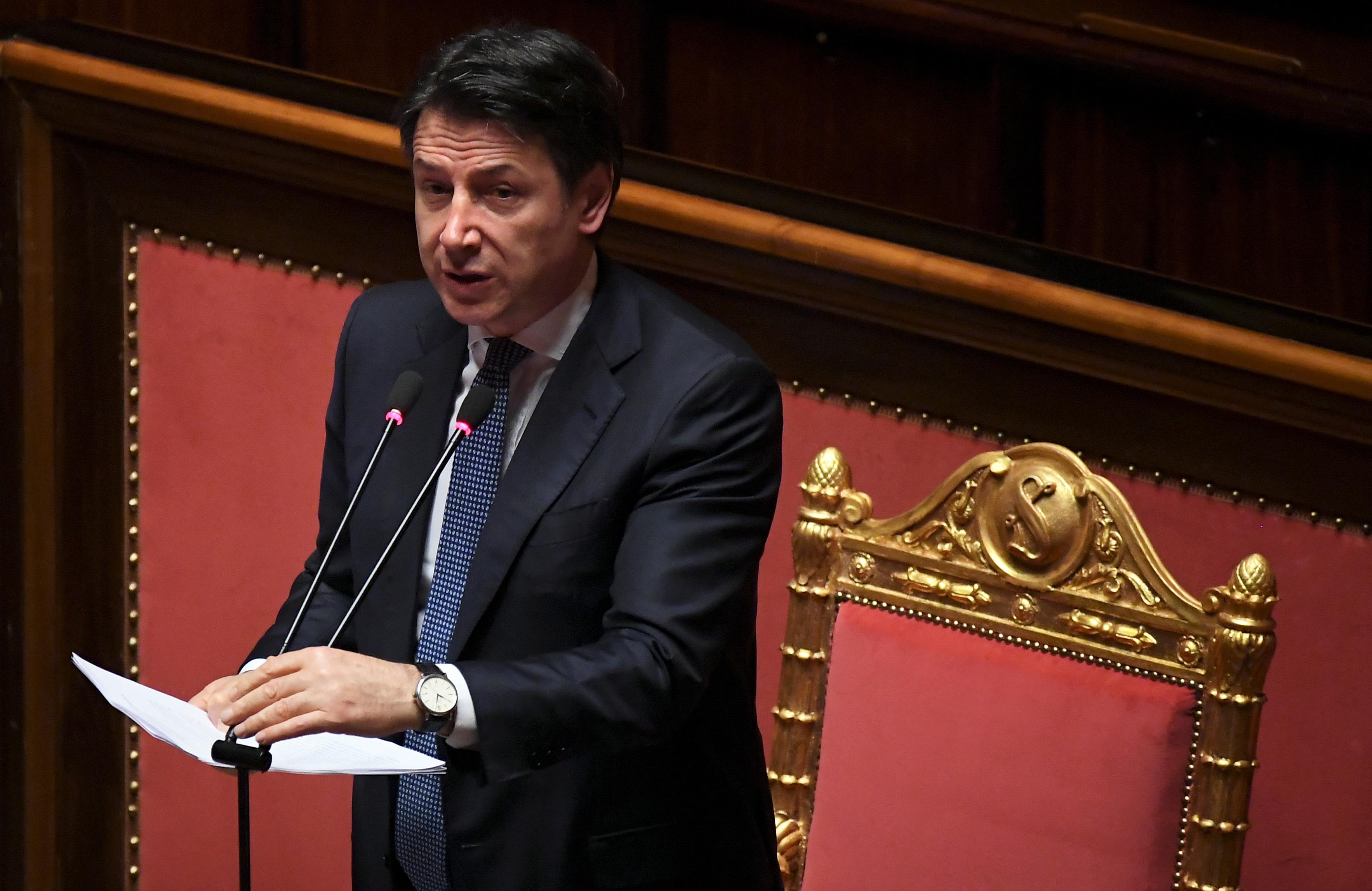 The package would bring the EU’s total fiscal response to the epidemic to 3.2 trillion euros ($3.5 trillion), the biggest in the world.

But controversy remained over how to kickstart economic growth, with European Economics Commissioner, Paolo Gentiloni, saying the money for that could be raised against the bloc’s next joint budget for 2021-27.