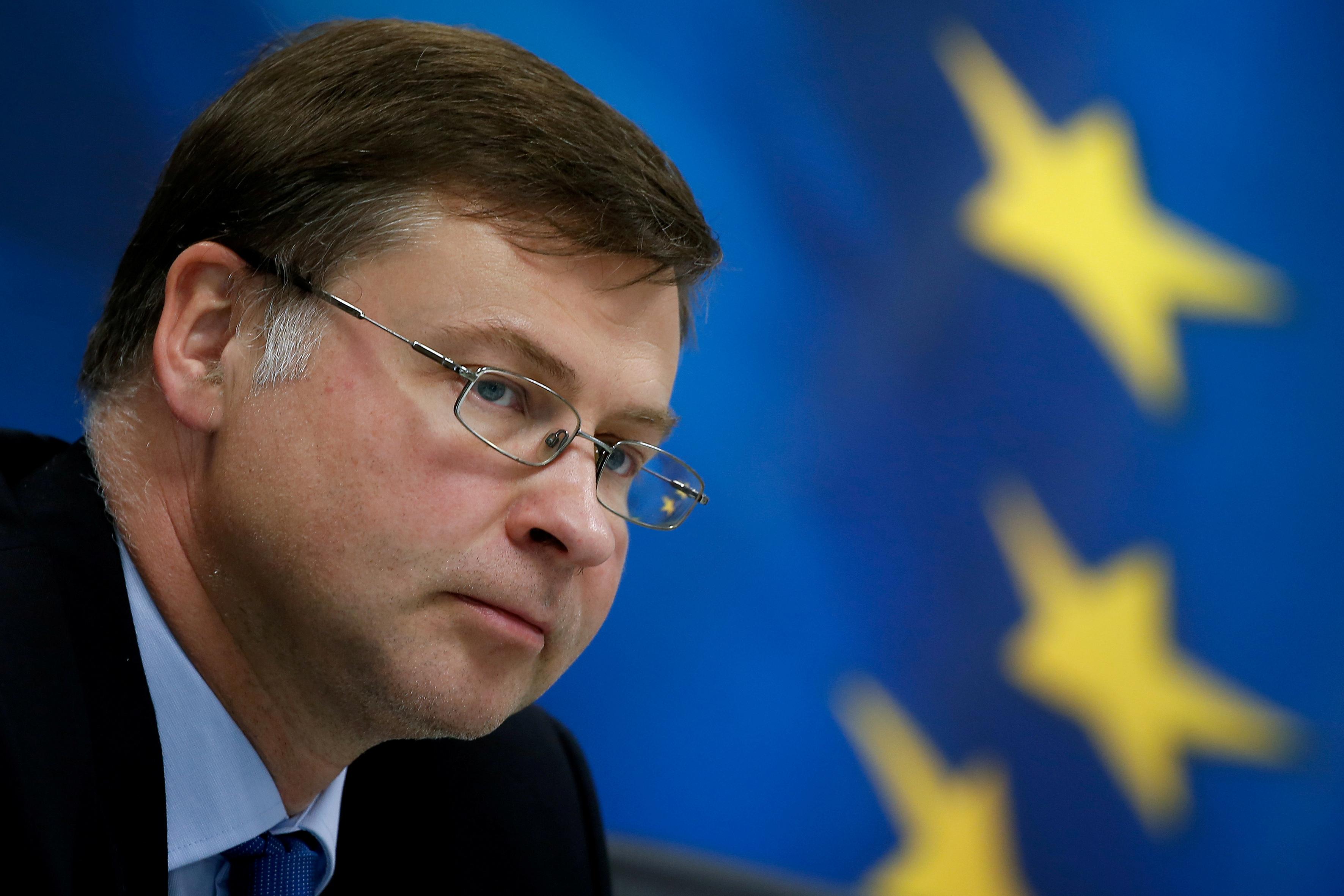 His announcement signaled a breakthrough in a market-shaking clash between Italy and Brussels, whose fiscal rules are designed to protect the euro zone from a debt crisis. The row has worried investors, pushed up Italy’s borrowing costs and depressed bank stocks.

Under the compromise, Italy has lowered its headline deficit for next year to 2.04 percent of gross domestic product from its originally planned 2.4 percent. It has also cut its economic growth forecast for 2019 to 1.0 percent from 1.5 percent.

On the more important structural gap, which excludes one-off items and business cycle swings, it reached what Dombrovskis called a “borderline” compromise with the Commission.

Under recommendations from EU finance ministers in July, Rome was supposed to reduce the structural deficit by 0.6 percent of GDP next year, but instead made plans to increase it by 1.2 percent, according to the Commission.

Under the compromise reached, the structural deficit will not change in 2019 from 2018 levels, although the Commission wanted at least a 0.1 percent reduction.

“The solution on the table is not ideal. It does not yet deliver a long-term solution to Italy’s economic problems. But it allows us to avoid an excessive deficit procedure at this stage,” Dombrovskis told a news conference.

Italian benchmark 10 year bond yields fell sharply on the news to 2.79 percent at 1214 GMT. from 2.833 before the announcement.

Dombrovskis said the Commission would monitor closely whether Italy voted through the changed budget draft, as agreed with the EU. If parliament changed the deal again, the Commission was ready to resume the disciplinary steps against Rome, which could eventually mean fines.

EU Economic and Monetary Affairs Commissioner Pierre Moscovici told the news conference the Commission would also hold budget discussions with France, which wants to increase spending next year to deliver on President Emmanuel Macron’s promises in the wake of street protests.

Moscovici said EU fiscal rules would be applied equally to all countries, including France.