BRUSSELS (Reuters) – European Union leaders clinched an “historic” deal on a massive stimulus plan for their coronavirus-throttled economies in the early hours of Tuesday, after a fractious summit lasting almost five days.

The agreement paves the way for the European Commission, the EU’s executive, to raise billions of euros on capital markets on behalf of all 27 states, an unprecedented act of solidarity in almost seven decades of European integration.

Many had warned that a failed summit amid the coronavirus pandemic would have put the bloc’s viability in serious doubt after years of economic crisis and Britain’s recent departure.

“This agreement sends a concrete signal that Europe is a force for action,” a jubilant Michel told reporters.

French President Emmanuel Macron, who spearheaded a push for the deal with German Chancellor Angela Merkel, hailed it as “truly historic”.

Germany Economy Minister Peter Altmaier said that, with the agreement, the chances of “a cautious, slow recovery” in the second half of this year had increased enormously.

While strong in symbolism, the deal came at the cost of cuts to proposed investment in climate-friendly funds and did not set conditions for disbursements to countries, such as Hungary and Poland, seen as breaching democratic values.

In an unwieldy club of 27, each with veto power, the summit also exposed faultlines across the bloc that are likely to hinder future decision-making on money as richer northern countries resisted helping out the poorer south.

The Netherlands led a group of “frugal” states with Austria, Sweden, Denmark and Finland, insisting that aid to Italy, Spain and other Mediterranean countries that took the brunt of the pandemic should be mainly in loans, not in non-repayable grants.

“There were a few clashes, but that’s all part of the game,” said Dutch Prime Minister Mark Rutte, describing a “warm” relationship with his Italian counterpart, Giuseppe Conte. 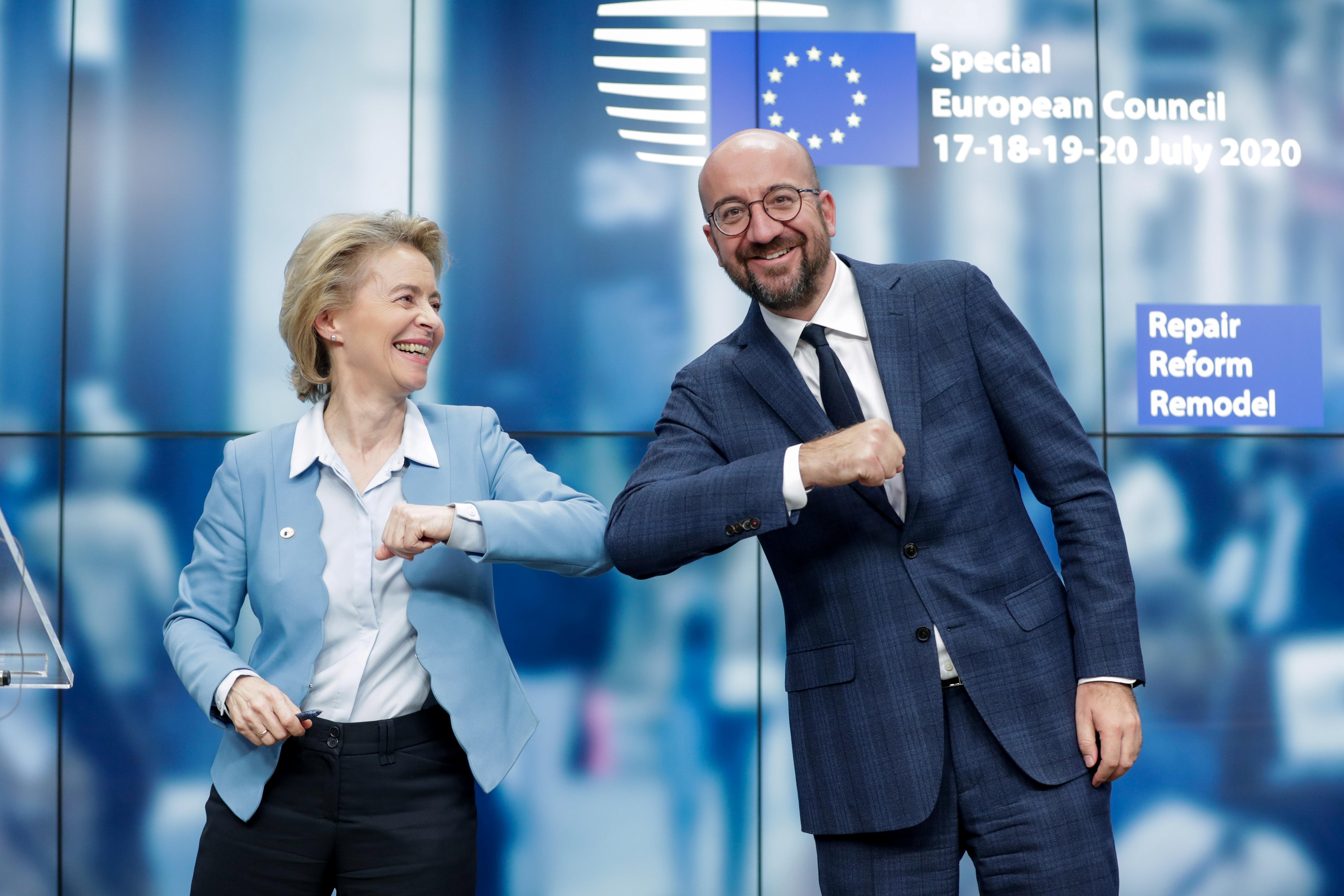 The bickering spun the summit out, making it the EU’s second-ever longest, just 20 minutes short of a record set in 2000 in Nice, according to Rutte. “We would have broken the record at 6:05, but we ended at 5.45,” he said.

Under the compromise, the Commission will borrow 750 billion euros using its triple-A debt rating, disbursing 390 billion in grants – less than the originally targeted 500 billion – and 360 billion in cheap loans.

Given the difficulties, talk of Europe’s ‘Hamilton’ moment – hailed as such by German Finance Minister Olaf Scholz on Monday in reference to Alexander Hamilton’s decision to federalise debts of U.S. states in 1790 – is overblown.

The summit deal does not set the EU on the path towards a U.S.-style fiscal union, although some see it as a first step.

Rutte’s negotiations won an “emergency brake” to temporarily stop transfers of money from the recovery fund if an EU state was seen as not meeting reform conditions tied to the money.

The frugals also secured larger rebates from the next EU budget, a payback mechanism first won by Britain in the 1980s and which France had hoped to phase out after Brexit. 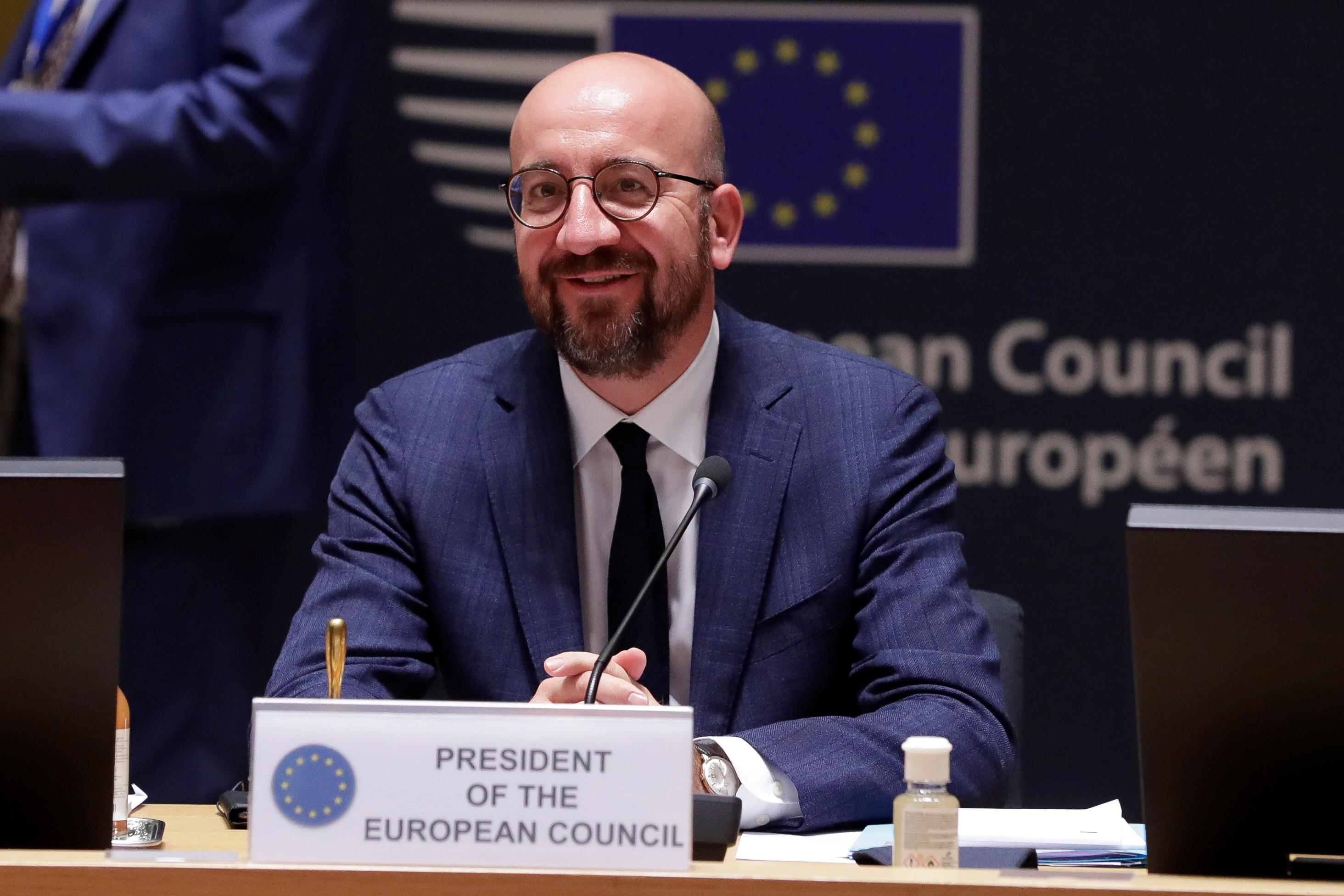 The recovery plan now faces a potentially difficult passage through the European Parliament and it must be ratified by all EU states. The first money will likely not reach the real economy before the middle of next year, economists say.