EU vaccine rollout: Officials get jab while vulnerable STILL waiting – what is the plan?

Members of the European Commission, Council of the EU and European Parliament will be able to receive their coronavirus jab from today, officials have told Politico. These will take place in centres meant to be accessible to the public but are to be used exclusively by those employed by the three EU institutions.

So what is the rollout plan?

In Belgium, the vaccine has mainly been available to health care workers and care home residents.

This week, Phase 1B of the vaccination strategy will begin, moving on to the next priority groups.

In the Brussels region, that will involve people over 75-years-old this week and probably also those above 65 next week. 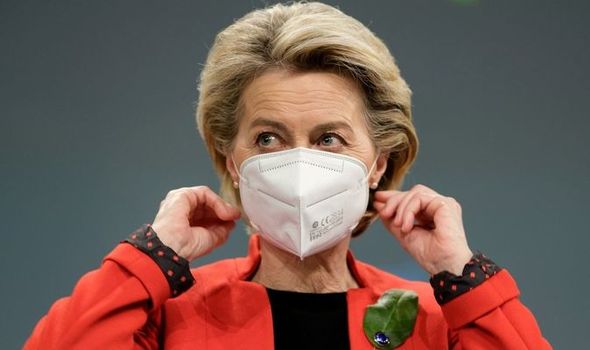 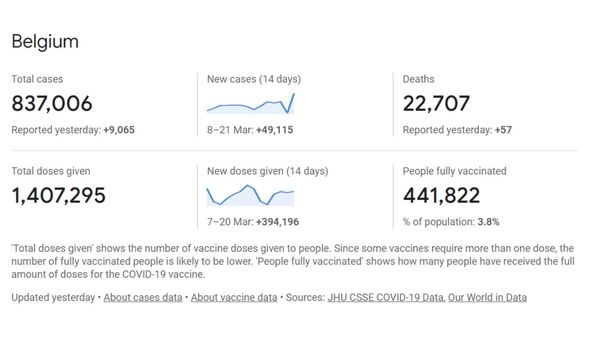 As of March 22, younger people with underlying health conditions are meant to be offered their jab.

That category includes all residents above 18 years with a serious disease such as blood cancer, or people over 45 who suffer from issues such as obesity or chronic respiratory problems.

By early June, Belgium plans to move to phase 2, meaning vaccination centres will open to all adults.

The European Commission previously estimated that nearly 10 percent of its Brussels-based staff — 2,000 out of 21,000 people — qualify in the vulnerable category. 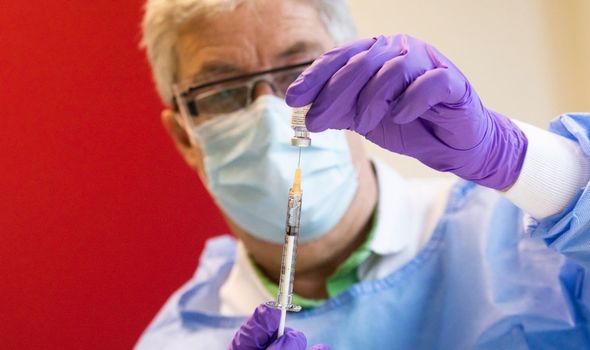 However, as EU institutions move to vaccinate all “essential workers” – which could be included to apply to MEPs – a far larger number of Eurocrats could receive the jab while the vulnerable are still waiting.

A spokesperson for the Commission said: “The Commission staff will get vaccinated in line with the vaccination campaigns adopted by our respective hosting states.

“The staff members concerned have been requested to substantiate their vulnerable status with adequate documentation earlier this year.”

But amid a poor vaccine rollout across Europe, Belgium is among those lagging behind.

DON’T MISS:
UK vindicated: Major US trial shows NO health concerns for AstraZeneca [BREAKING]
EU vaccine war escalates as bloc rejects Covid jabs to UK from Holland [INSIGHT]
Lockdown rules changing THIS WEEK – What can you do from March 29? [EXPLAINER]

At the time of writing, 1,323,086 doses of the jab have been administered, making up little more than seven percent of the population.

Belgian officials have insisted the rollout is about to rapidly increase.

The goal, according to officials, is to have given every adult their first jab by July 11, a Flemish holiday.

But at the current rate, less than 20 percent would receive their first shot. 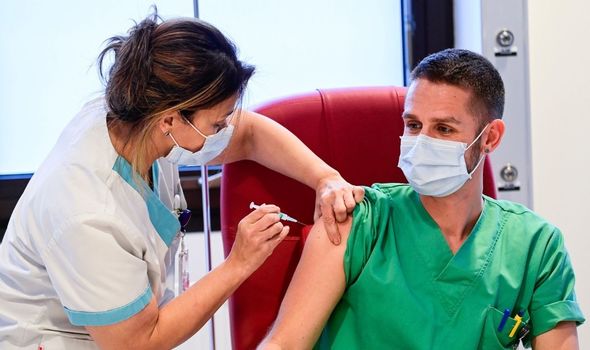 He said: “If the vaccines are delivered as promised, we can administer at least a first shot to every person over the age of 18 by July 11.”

This news comes as Belgium sees a worrying uptick in the number of daily Covid infections.

A total of 22,707 people have died from the disease in Belgium.