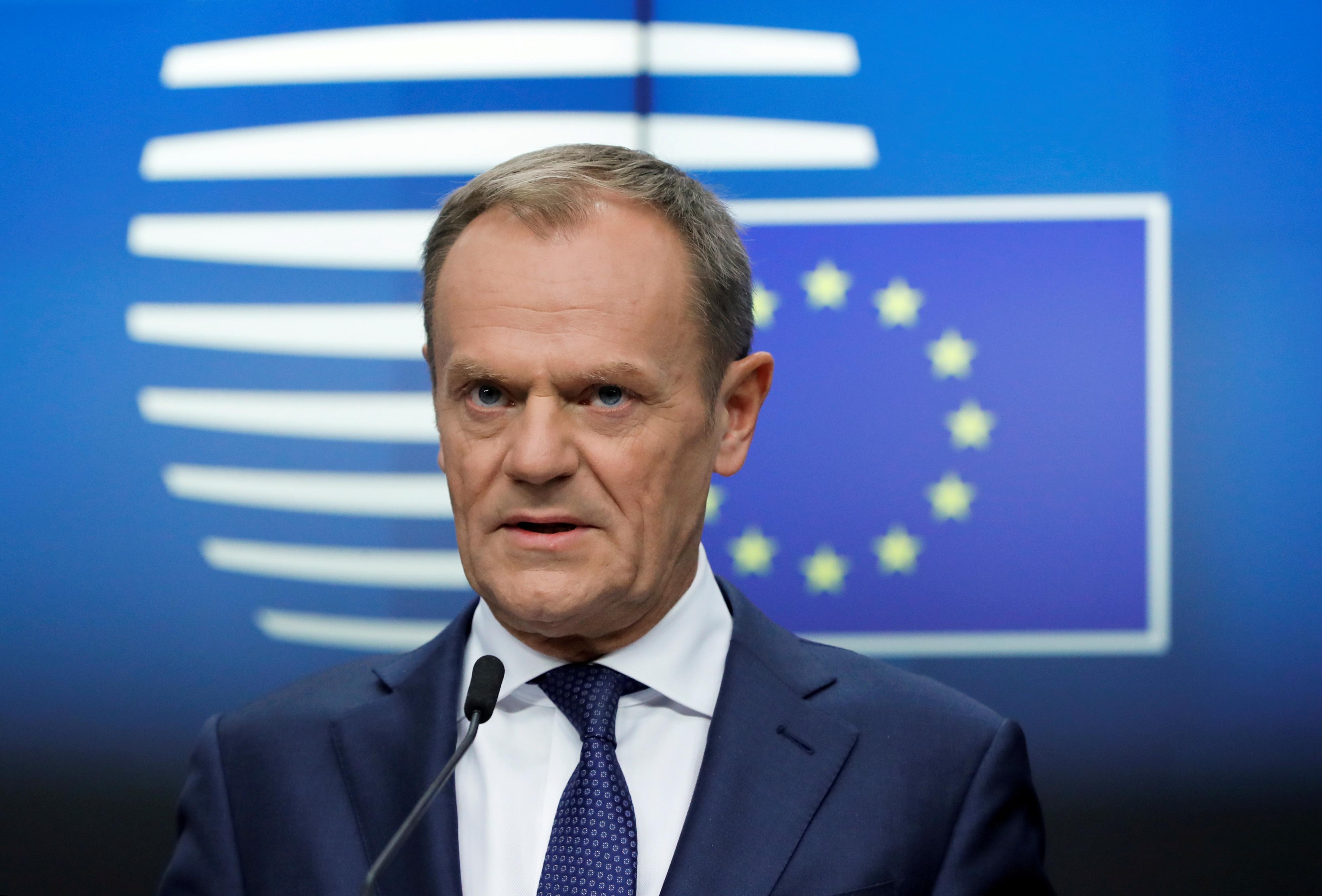 WARSAW (Reuters) – Brexit negotiations might be extended if Britain fails to work out a sensible deal for leaving the European Union, European Council President Donald Tusk said on Wednesday.

“Together with Prime Minister May we have prepared a very good and secure deal for both sides and it turned out that the British rejected it and offered nothing in exchange,” Tusk said in an interview for private broadcaster TVN24.

“Of course, if Britain fails to prepare some sensible option on time, then there is always a possibility to extend these negotiations in time. This would be better than a divorce without agreement,” Tusk also said.