Pahoa:  A massive new fissure opened on Hawaii's Kilauea volcano, hurling bursts of rock and magma with an ear-piercing screech on Sunday as it threatened nearby homes within a zone where authorities had just ordered an evacuation.

The fissure, a vivid gouge of magma with steam and smoke pouring out both ends, was the 17th to open on the volcano since it began erupting on May 3. Dozens of homes have been destroyed and hundreds of people forced to evacuate in the past 10 days. 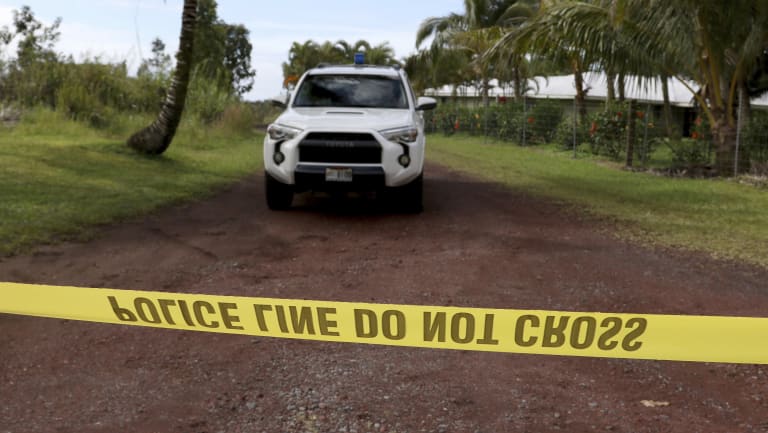 A police officer blocks a road near lava fissure 17 after it erupted early on Sunday near Pahoa, Hawaii.

As seen from a helicopter, the crack appeared to be about 300 metres long and among the largest of those fracturing the side of Kilauea, a 1200-metre-high volcano with a lake of lava at its summit.

"It is a near-constant roar akin to a full-throttle 747 interspersed with deafening, earth-shattering explosions that hurtle 100-pound (45 kilogram) lava bombs 100 feet  into the air," said Mark Clawson, 64, who lives uphill from the latest fissure and so far is defying an evacuation order.

Tina Neal, the scientist in charge of the US Geological Survey's Hawaiian Volcano Observatory, described "spatter that is flying tens of meters into the air". The lava flow was "sluggish," she said. 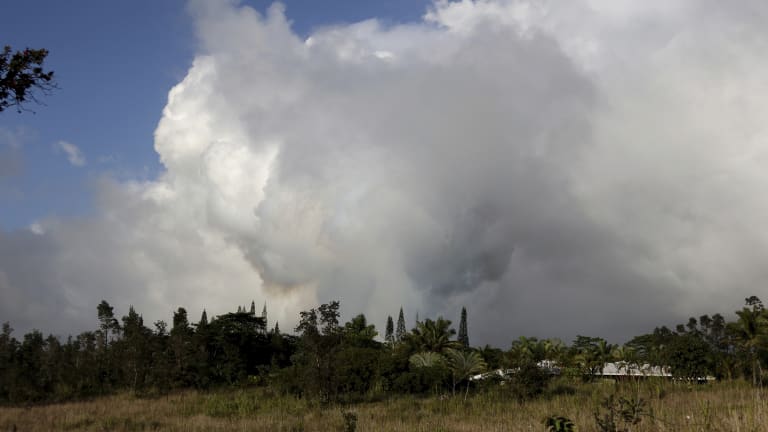 Gases rise from lava fissure 17 after it erupted early on Sunday.

Civil Defence officials on Sunday ordered people living on Halekamahina Road to evacuate and be on the alert for gas emissions and lava spatter.

A pair of structures sat about 100 metre beneath the new fissure on the hillside.

One stucture was destroyed, the Honolulu Star-Advertiser reported, citing a spokeswoman for Hawaii County Mayor Harry Kim, making it the 37th structure lost since May 3. "We are keeping track of lava bombs. One went through the lanai (porch) roof of a neighbour's house," Clawson said.

Neighbours sometimes douse the projectiles with water, Clawson said, adding that about eight to 10 people in the neighbourhood have stayed in their homes.

Meanwhile, other fissures continued to billow smoke over homes in Pahoa, on the western point of the Big Island of Hawaii, the largest of the Hawaiian islands.