‘Do the right thing!’ Ex-Afghan war generals urge ministers to give translators sanctuary in Britain

Two former Afghan war generals have urged ministers to ‘do the right thing’ and give brave interpreters sanctuary in Britain.

General Lord Dannatt, who was head of the army from 2006 to 2009, last night said it was ‘disgraceful’ that the plight of the translators had dragged on for so long.

Meanwhile, General Lord Richards, in charge of the armed forces from 2010 to 2013, said Britain owed them ‘an incredible debt’, saying it was ‘unacceptable’ they were still waiting. Their interventions came after the Daily Mail published the names and stories of 48 interpreters living in fear of the Taliban and Islamic State after being refused sanctuary in the UK.

A further 12 translators stuck in Afghanistan have revealed their fears of being hunted down and killed because of their work with the UK military. Ministers promised two years ago that 50 interpreters and their families would come to the UK under new qualifying rules. So far just two have been given a visa. 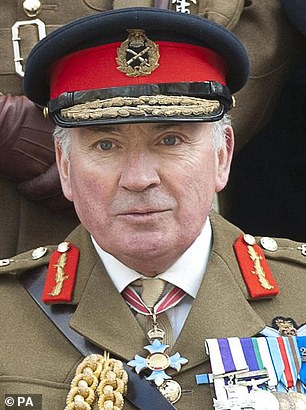 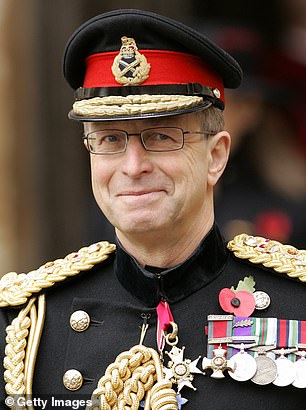 General Lord Dannatt, left, who said it was ‘disgraceful’ the translators’ plight had dragged on for so long and General Lord Richards, right, who said Britain owed them ‘an incredible debt’

This newspaper’s Betrayal of the Brave campaign has also revealed how ministers have failed to honour a promise to have those already in the UK united with their families. Piling the pressure on ministers to act quickly, General Lord Dannatt said: ‘It’s disgraceful that this has dragged on for such a long period of time. We have often said we should do the right thing and stand by those who stood beside us in our uniforms in Afghanistan.

‘We owe it to those who stood beside us to stand beside them in their hour of need.’

He questioned why Britain could promise to take in up to three million people from Hong Kong but not around 150 interpreters left facing Taliban threats in Afghanistan.

General Lord Richards of Herstmonceux said: ‘We owe these men an incredible debt. Surely it does not take much imagination to understand how much more difficult and dangerous our task in Afghanistan would have been without them.

‘If anyone is allowed to settle in our country, these people must surely be at the top of any list.

‘I would ask those in the Home Office charged with implementing the Government’s promises to be as bold and generous-hearted as our Afghan interpreters were. It is unacceptable that this is taking so long.’

The intervention of the two generals, who worked in Afghanistan with several of the translators currently refused sanctuary or help by Britain, will increase pressure on Home Secretary Priti Patel. 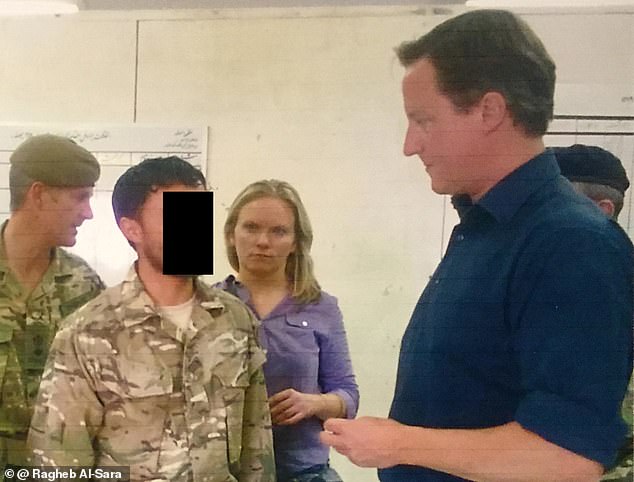 Waheed, 29, who worked for three years on the frontlines with military spies and is in hiding after suffering death threats because of his work, said: ‘To receive the backing of the generals is very welcome as they know how important we were to the soldiers and the many risks we took to help keep them alive.

‘The British could not have operated without us, the military know that and recognise they owe us a debt of honour to allow us to live normal safe lives.’ He added: ‘Many people have lost patience and hope Britain will help which is why more and more are going with the human traffickers to try to reach a new life in Europe and especially the UK.’

Last night, one of those interpreters was trying to find news of his wife and four children after becoming separated from them when border guards opened fire as they tried to cross from Iran to Turkey.

Wazir, 30, who worked for three years on the frontlines for the British military, was held for 20 days and deported back to Afghanistan.

Former translator Rafi Hottak, who was granted asylum in the UK after paying people smugglers and now works to help colleagues left behind, said: ‘Wazir’s case shames the British Government. He faced many threats and attacks because of his work. Now he is separated from his loved ones. The Government must act quickly and not just speak warm words because for some it could simply soon be too late.’