Former Alabama quarterback Jay Barker was arrested early Saturday morning on a felony assault charge after he allegedly tried to hit his estranged wife with a car.

Barker was arrested by the Davidson County (Tennessee) Sheriff's Office just after 4 a.m. on Saturday on a charge of aggravated assault with a deadly weapon. According to the Tennessean, Barker tried to hit his wife, country singer Sara Evans, and another person with his car after a party early Saturday morning.

Documents on file with Metro Nashville General Sessions Court said the people in the vehicle were leaving a party around 1:30 a.m. Saturday. As they pulled into the driveway of a nearby home, Barker allegedly reversed his vehicle “at a high rate of speed attempting to hit them, but missed,” according to the arrest affidavit.

The vehicle's occupants contacted police after Barker drove away from the home, the affidavit states. Police made contact with Barker when he later drove by the house.

According to Al.com, Evans filed for divorce from Barker in August and cited "inappropriate marital conduct" after they separated in April. The couple has been married for 12 years and it's the second marriage for both Evans and Barker.

Barker, 49, is a longtime Birmingham radio host and sports talk personality. He was the quarterback for the Crimson Tide when Alabama won the national title in 1992 after going 13-0.

Barker was 132-of-243 passing for 1,614 yards and seven touchdowns and nine interceptions that season. He finished fifth in the Heisman Trophy voting in 1994 after going 139-of-226 passing for 1,996 yards and 14 TDs and five interceptions. He was behind Rashaan Salaam, Ki-Jana Carter, Steve McNair and Kerry Collins in the voting and just ahead of Warren Sapp.

Barker was taken in the fifth round of the 1995 NFL draft by the Green Bay Packers but never played in an NFL game. 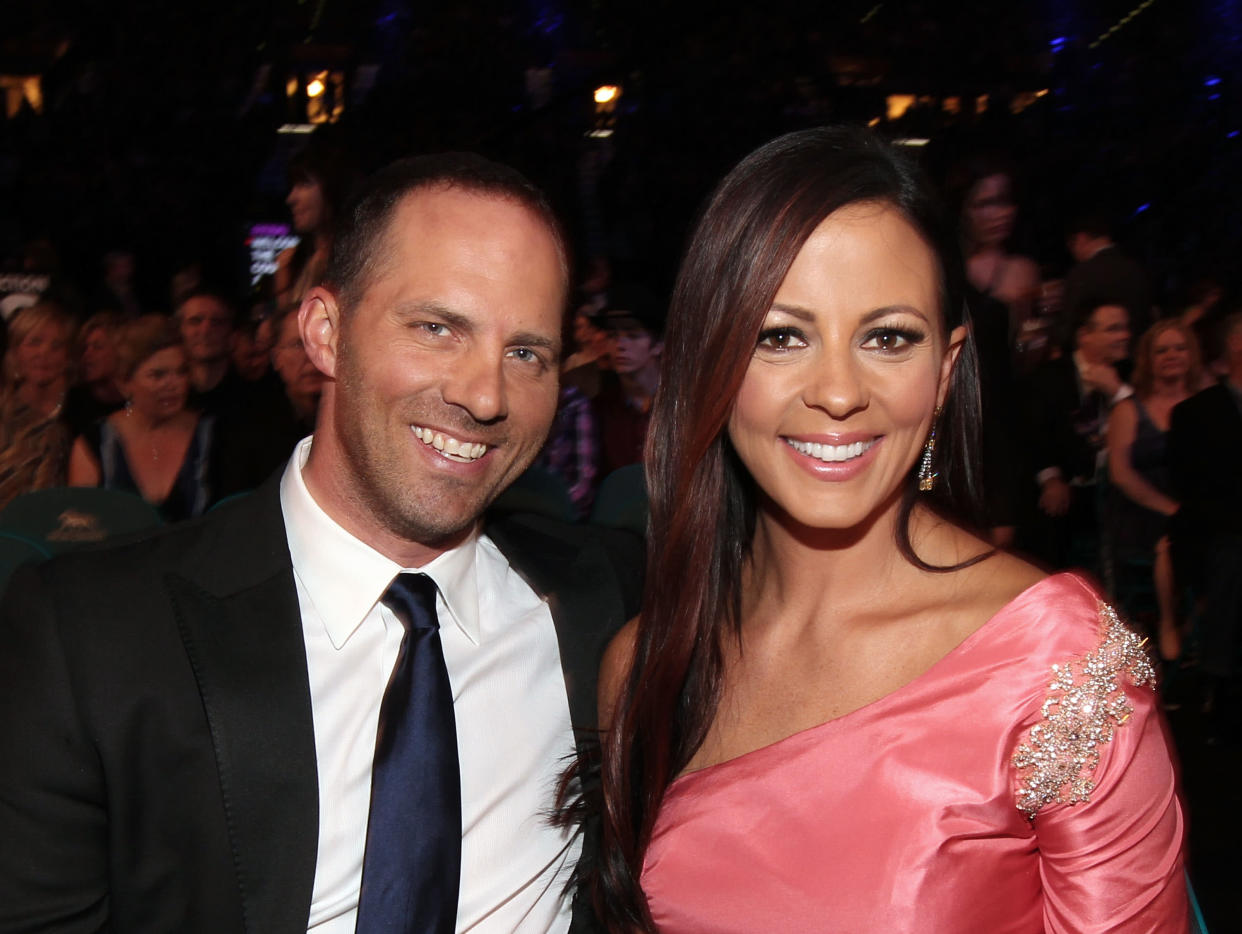