Kurtis Hartman (pictured outside Highbury Corner Magistrates Court in London yesterday) 22, posted the explicit picture of the victim online after a Twitter spat saw her accuse him of being a drug dealer

Ex On The Beach star Kurtis Hartman faces jail after he posted a still from a sex tape with an ex-girlfriend on Twitter.

The reality TV star, 22, posted the explicit picture of online after a Twitter spat saw her accuse him of being a drug dealer.

He claimed a former flatmate of his posted the picture while he was at the gym, but he was convicted of disclosing a private sexual image with intent to cause distress at Highbury Corner Magistrates Court.

The victim is an actress with a wide social media following, who claimed the image could have ‘ruined her career’.

Magistrate Lorna Rogan warned Hartman, who appeared in court in a three-piece grey suit: ‘All options are left open. It could be a custodial sentence.’

Sabrina Farhan, prosecuting, said: ‘During the course of their relationship it is accepted that both parties recorded an intimate sexual video.’

The victim accepted she had been sent a copy of the sex video from Hartman’s phone but denied ever sending it on to anyone else.

Ms Farhan added: ‘The defendant and the complainant were having an argument on Twitter.

‘During the course of that argument the defendant sent a text message to the complainant threatening that unless she deleted those tweets the next tweet he would post will ruin her.

Hartman’s message stated: ‘What you on about drug dealer? I would delete that tweet if I were you or the next tweet will ruin you.

He added: ‘Bitch don’t talk about me like you know me, you are a fan.’ 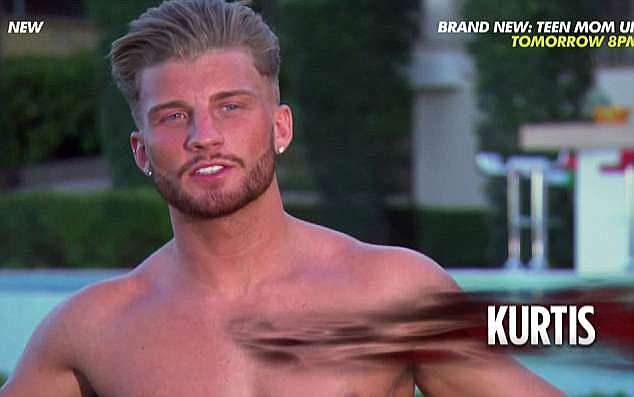 Pictured: Kurtis appeared on Ex On The Beach and was convicted of disclosing a private sexual image with intent to cause distress yesterday 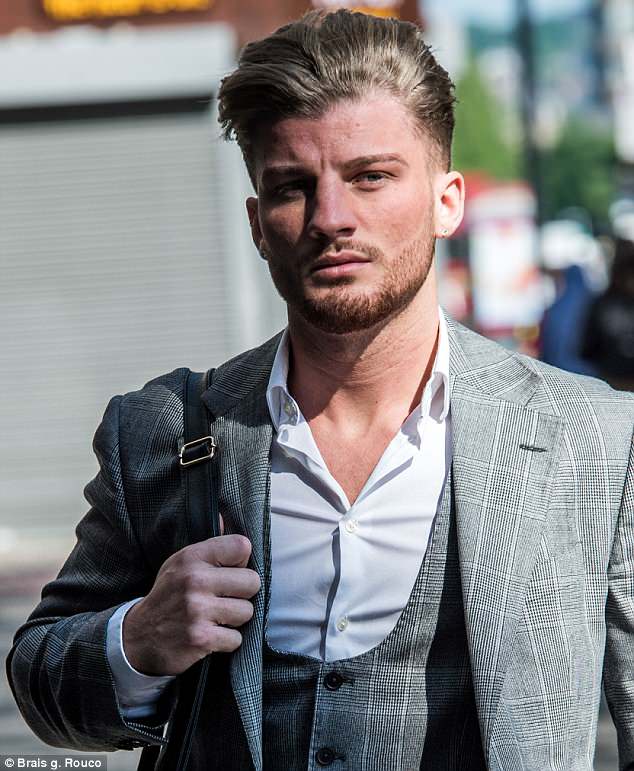 The 22-year-old Ex On The Beach star (pictured outside court yesterday) claimed a former flatmate of his posted the picture while he was at the gym, but he was found guilty

Hartman then put up the picture of the victim naked in which her face was clearly visible.

‘Ultimately the picture is deleted after two hours on Twitter. Both the complainant and the defendant are in the public eye,’ Ms Farhan said.

Earlier this year Hartman was caught on video making homophobic comments after he was allegedly attacked on a night out.

The star was seen in a Snapchat video describing an unnamed acquaintance as a ‘f****t’ and threatening to ‘bite a hole’ in their face.

He had his nose broken in a Newcastle nightclub just moments before and appeared to be aiming the comments at the alleged attacker.

Meanwhile the actress fought back tears as she told the court yesterday: ‘I was immediately shocked. I was just gob-smacked that he had done it.

‘I started thinking about all the consequences this was going to have. I was just so angry.

‘Considering I want to be an actress, I could not get a job. I have not told my agent.

‘If anyone else told them they would probably drop me. I just couldn’t do my chosen career.

Hartman denied posting the image on his Twitter account and told the court he had left his iPhone at home in the kitchen while he went to the gym.

He claimed his flatmate ‘Will’ posted the image before heading to Dubai, leaving him with rent and bills to pay.

Asked if he posted the picture Hartman replied: ‘I disagree with that, I don’t like the fact that this has happened and that my name has been thrown into the mix with this. 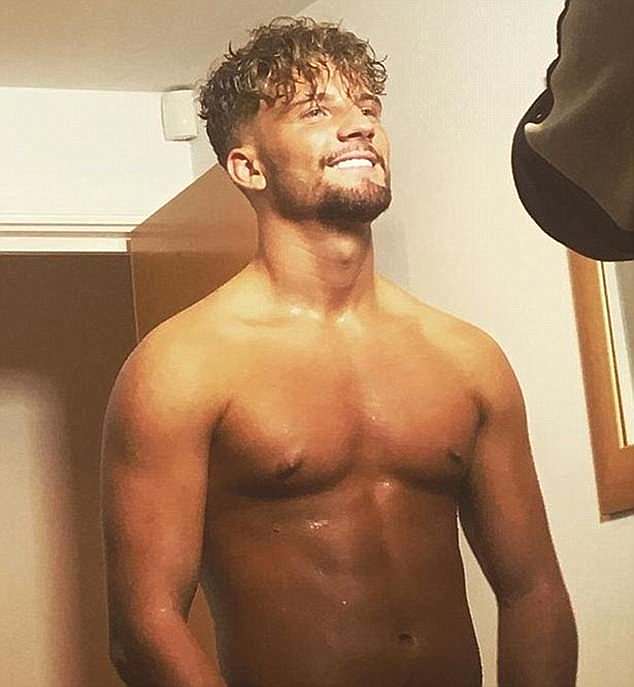 ‘I have been worried. I have been battling depression and suicidal thoughts.. I deeply feel sorry for the complainant.

‘I had a lot of love for the girl, and I would never wish that on anyone. All I can do is deny that I was the one who posted it.’

When he was arrested the police asked if they could download his phone data but he refused, telling them it had been destroyed in a car crash when he was the passenger.

Ms Farhan told the court: ‘The Crown’s case is that on 19 September this defendant posted a private sexual photograph of the complainant and this was intended to cause distress.

‘Having heard the evidence you can be satisfied, so that you are sure, that this defendant is the person who posted the picture on the day in question.

‘You have heard evidence from the complainant that she was having an argument with the defendant. She accepts that she called him a drug dealer.’

Ms Farhan said Hartman’s response was to threaten her with text messages saying if she did not delete the tweet the next one would ruin her.

She added: ‘The defendant is asking you to believe that some one else is talking to her and then proceeds to post this naked picture. This is implausible.’

The offence Hartman was convicted of carries a maximum sentence of two years’ imprisonment.

Finding Hartman guilty, Ms Rogan said: ‘The complainant was consistent, plausible and credible. She told us about the personal nature of the photograph.

‘We also saw the photograph in evidence and the messages. She also knew about the programme Ex on the Beach. She stated she had a large group of children twitter followers.’

Ms Rogan told Hartman they did not believe he had left his phone in the kitchen while he went to the gym.

‘This was implausible in the view of his relationship with his flat mates.

‘It seems implausible that he did not check his phone and he did not know about the messages.’