An obsessive ex-boyfriend has been ordered to pay his former lover £100 compensation for causing her ‘distress’ after he repeatedly paid money into her online bank account with abusive messages as the payment reference.

Jack Roach, 29, made 41 different payments into 24-year old Rachel Thomas-Tear’s Monzo account when she blocked him on social media following the collapse of their three-month romance.

During his bizarre spree, Roach’s abusive messages in the payee reference box on transactions included ‘unblock me to talk,’ ‘scruffy little s**g’ and ‘little tramp, no wonder you have got no one’.

Mother-of-one Miss Thomas-Tear, from Little Sutton in Ellesmere Port, Cheshire, said she no longer goes out in fear of bumping into Roach, can’t take her son to the park and does not sleep at night due to the worry.

It is not known how much Roach paid in total but the victim reported him to police claiming her ex had also left unwanted candles and flowers on her doorstep and set up fake Snapchat accounts to hound her.

At Warrington magistrates court, contract worker Roach, also of Little Sutton, admitted stalking and was also issued a two-year restraining order prohibiting him from contacting his ex or approaching her address. 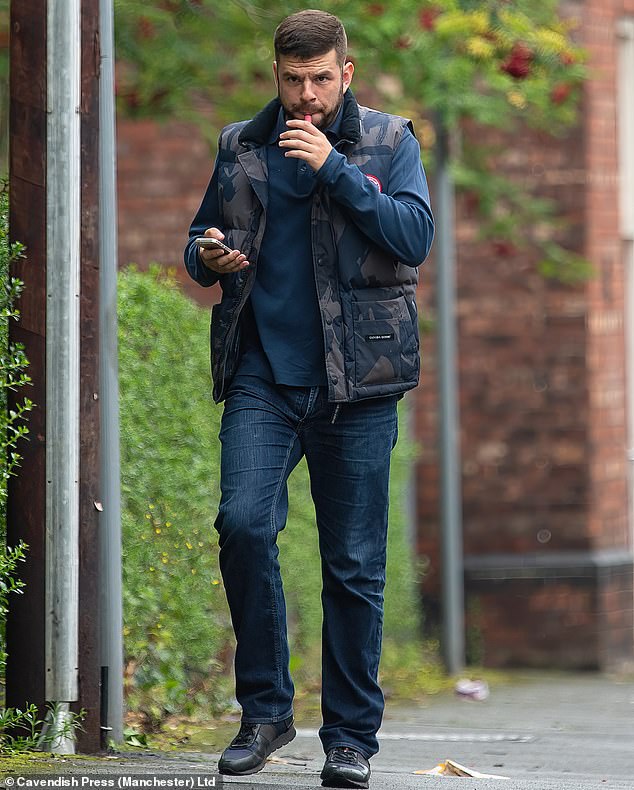 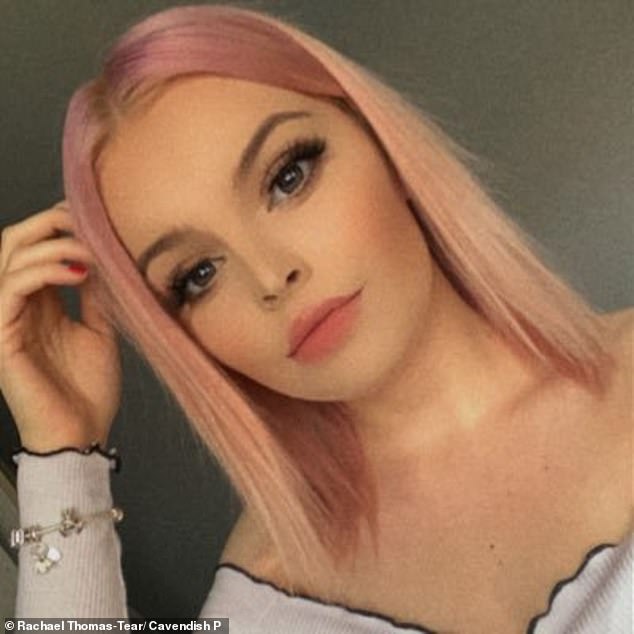 In a statement Miss Thomas-Tear said: ‘While I hoped we could remain friends it was not possible due to his change of emotions. Sometimes he was nice, and sometimes he was not nice.

‘I received constant calls and texts. I blocked him hoping that he would not contact me any more but instead he sent money to my Monzo account and would leave messages.

‘He would call from numbers showing ‘No caller ID’ when I had a number of calls from my doctor about hospital appointments. They were always from a private number.

‘Before all this I was a happy outgoing person but this has affected me in such a way that I am no longer able to trust people. I do not go out for fear that I might bump into him.’

Saying that she had changed her mobile phone, meaning that she had to inform her doctor and health visitors about her new phone number, the victim added: ‘I am constantly on edge that he may turn up at my home as he has done. 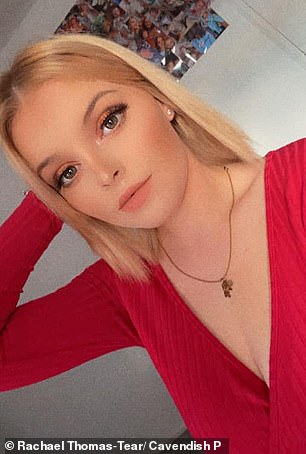 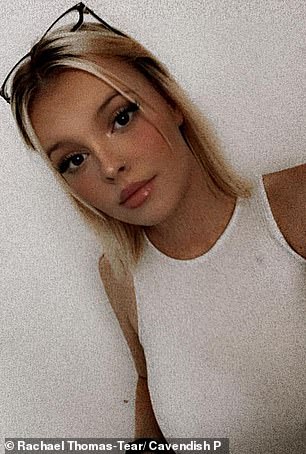 ‘I am saving up for a camera doorbell. I live in fear daily. I do not sleep very well as I am constantly worrying, especially if I hear a noise at night.

‘If I go out I am constantly looking over my shoulder. It has impacted on my son as well. I should be able to take him to the park but I can not.

‘I do not visit my family much as they live in the same area as the defendant. It has impacted me majorly, as they are the only support I have.’

Roach claimed he had been trying to rekindle their relationship as she told him she was pregnant.

Laura Simpson prosecuting said: ‘They are ex partners and their relationship ended in January of this year. The victim reported him for harassment and stalking in February but whilst under police investigation the defendant breached his bail conditions and he was still harassing her in May of this year.

‘The victim had blocked the defendant on everything to stop him contacting her but she was receiving numerous calls from withheld numbers, some of which she answered and it was the defendant.

‘She also received 41 bank payments which had a number of messages, for example ‘Unblock me to talk,’ ‘Scruffy little s**g’, ‘Little tramp, no wonder you have got no one.’ 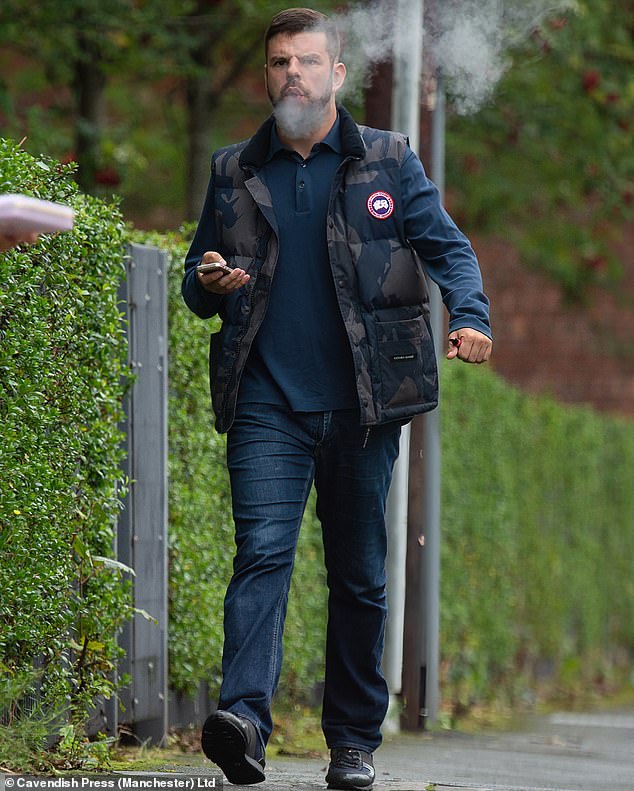 Roach, also of Little Sutton, admitted stalking and was also issued a two-year restraining order prohibiting him from contacting his ex or approaching her address

‘She was approached by the defendant at her address asking where she was going and wanting to spend time with her son. He left a candle on her doorstep.

‘He accepts he made some calls to the victim on a withheld number, says that she was pregnant and he accepted making bank transfers in an attempt to contact her.

‘He also agreed that he would use insulting and derogatory terms if she did not respond. He accepted that he attended the victim’s property on February 10 to return belongings to her son. He also took flowers and other items to her property to lift her spirits.

‘He said he did so in the chance that the relationship could be renewed.’

In mitigation Roach’s lawyer Mike Gray said additional allegations that he had created fake social media accounts in order to send messages to his victim were denied. He had also denied making as many calls as alleged. 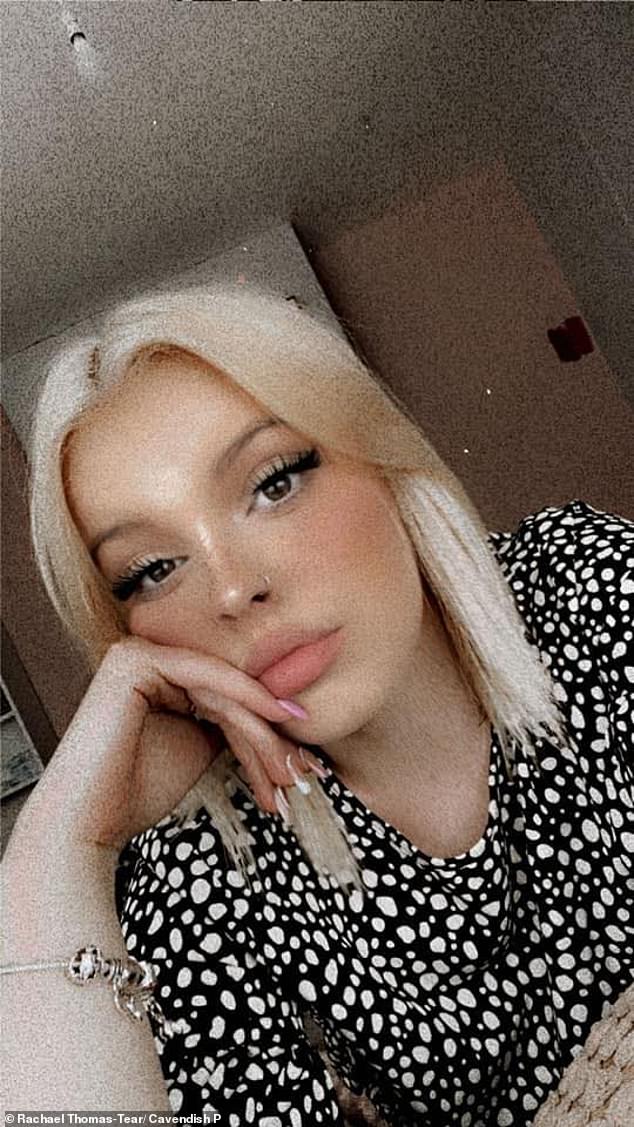 ‘Before all this I was a happy outgoing person but this has affected me in such a way that I am no longer able to trust people,’ the victim said 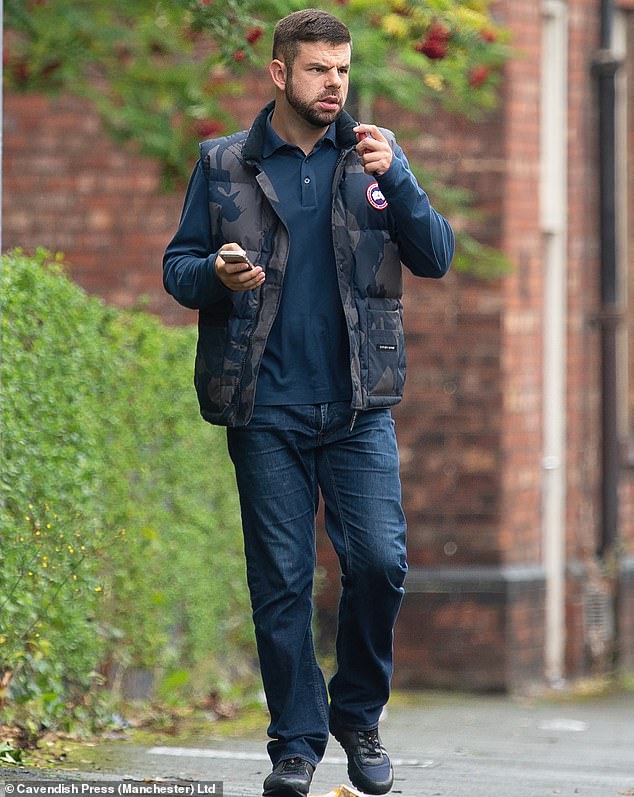 ‘What we have is a young man, 29 years of age, and his first time before the courts for an offence like this,’ said Mr Gray.

‘The offence is stalking without violence and it is not stalking with the fear of violence which is more serious. That is not to downplay the seriousness of this offence.’

Roach also admitted an unrelated offence of possessing cannabis and was fined £50 plus £495 in costs and a victim surcharge.

Magistrates further sentenced him to a 12-month community order with 135 hours of unpaid work and 20 days of rehabilitation activity with the probation service.

JP Alf Bean told Roach: ‘It is rather disappointing that someone of your age has now blotted his copybook by coming before the courts and giving yourself a criminal record.

‘We do hope that you do take the community order as a salutary lesson and you do not come before the courts again. I appreciate that you have moved on and that you have not gone to see her since May. Get your fine paid, do your unpaid work and leave this behind you.’