Ex-Corrie star whose mum was arrested for trying to remove gran, 97, from care home reveals OAP has been allowed home

AN EX-CORONATION Street actress’s 97-year-old dementia-suffering Nan has been allowed home from a care home as her joyful family hailed a “Christmas miracle.” 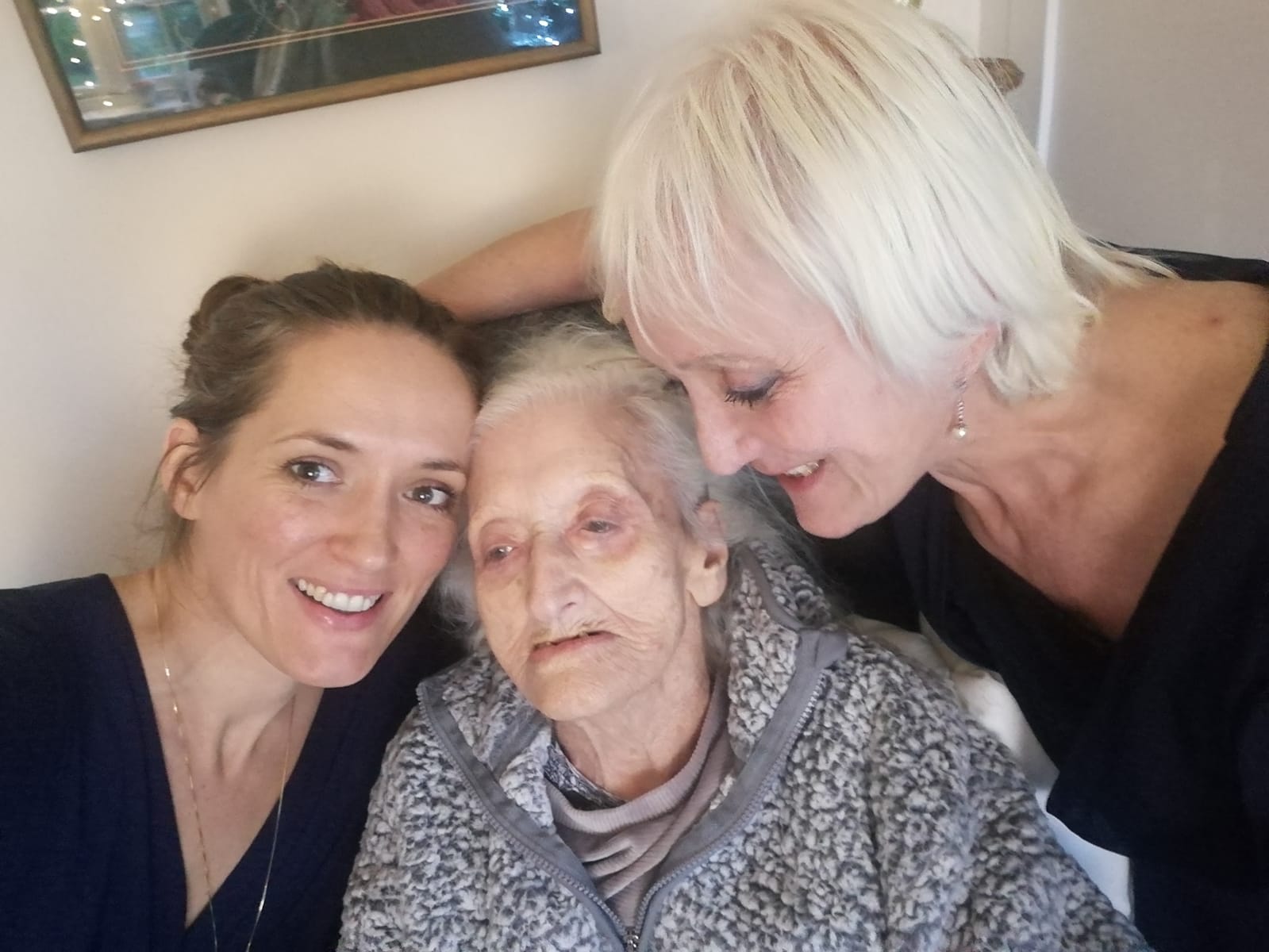 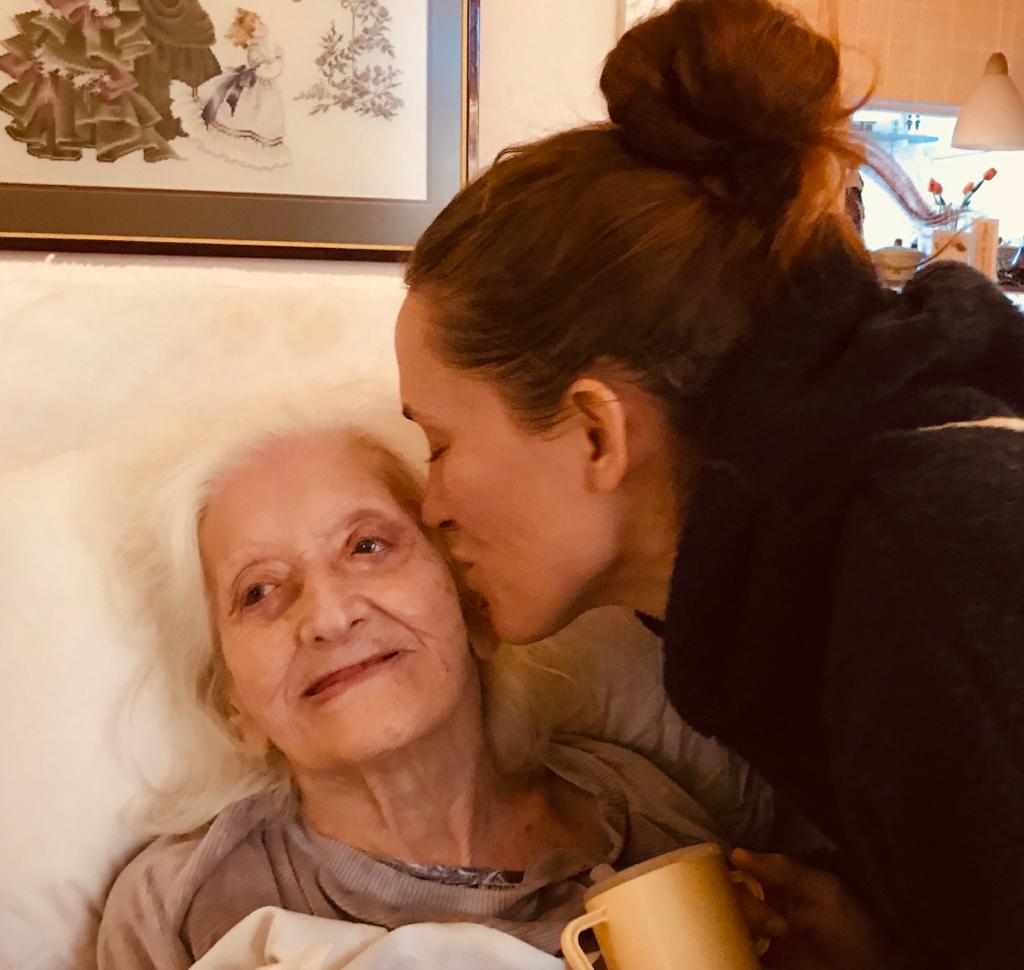 They clashed with the care home in November when Leandra's mum Ylenia Angeli, 73, was arrested after they tried to “spring” great-grandmother-of-nine Tina out.

A video taken by Leandra of her mum being slapped in handcuffs by police sparked outrage and a public outcry.

The family have endured a long struggle to be allowed to care for Tina at the home of Ylenia, a qualified nurse.

But Tina was last week allowed to leave and be cared for by Ylenia at home, amid joyous scenes for her jubilant family.

Leandra told The Sun Online: “She is home. It has been the most hellish week, but we got her out in the end.

“We are delighted, exhausted. We spent most of Saturday and Sunday just crying with utter relief.

“It’s wonderful to have her home. She is very weak. She has a reduced appetite. We are trying to build her up.

“I cooked a dish in honour of her. And we are also trying to carry on fighting for all those people who are in the same position.

“It’s just heartbreaking. So many people have supported us and been absolute rocks and they are still in that dreadful hell hole.

“It’s been horrible. It’s like the worst torture you can give anyone to say you can’t see your loved ones. 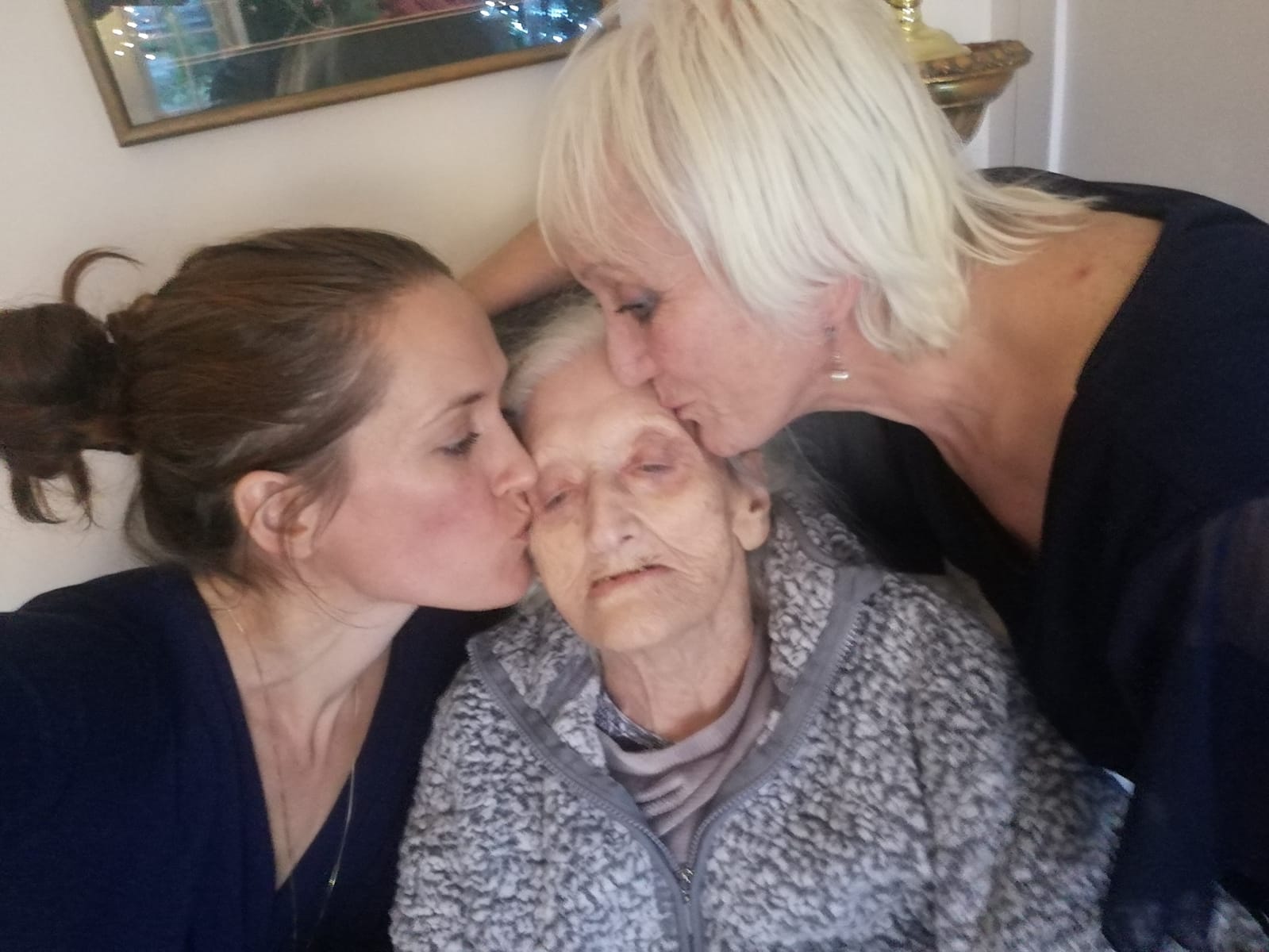 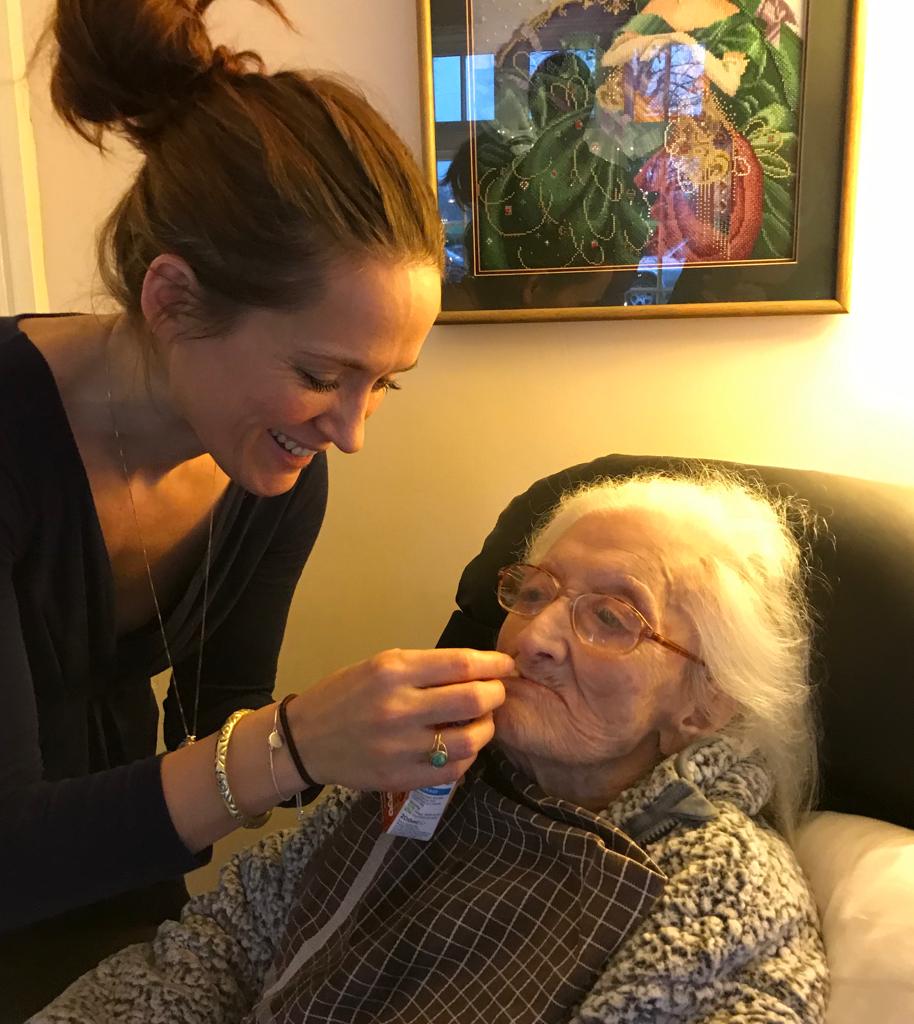 “To hug her at that moment, we just cried. We just kept holding hands and singing to her, listening to Italian music.

“She tried to sing along which is just incredible to witness. We are going to have a family Christmas together.

"That’s enough. Just to be together . It’s such a sacred time. It’s the bedrock of life, being together as family.”

East Riding of Yorkshire Council gave the green light for Tina to be allowed home on Friday after meetings with social workers last week, the family revealed.

Leandra, a yoga teacher and actress who played Saskia Larsson in Corrie , said they had been at “breaking point” and endured “unbearable” stress in their battle to get her Nan home.

Tina, who is originally from Naples, was driven back to Ylenia’s cottage near Market Weighton, East Yorkshire by taxi on Friday, to her family's joy.

I think we spent all of Saturday, my daughter and I, just crying

Leandra said her Nan is "weak and deteriorated" as they try to "nourish her back to life".

Ylenia, 73, said: "I think we spent all of Saturday, my daughter and I, just crying.

“We haven’t seen her since lockdown, not properly. She came home and she has been smiling. We cooked Italian food for her.

“The little girl next door sang Christmas carols for mum. Mum was trying to join in with Rudolph the Red Nose Reindeer.

“It was just like a Christmas miracle, it really was. I can hardly believe it. It’s been such a long hard fight.

“She has been hugged and kissed, and holding hands. She is sometimes swearing at me in Italian which is a great sign. 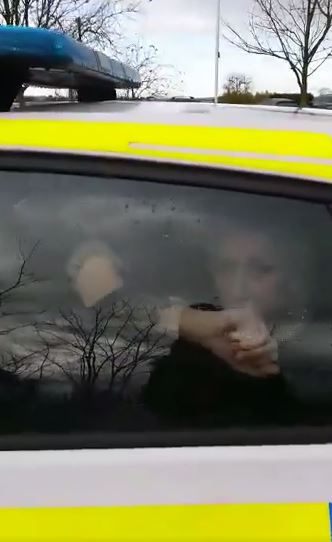 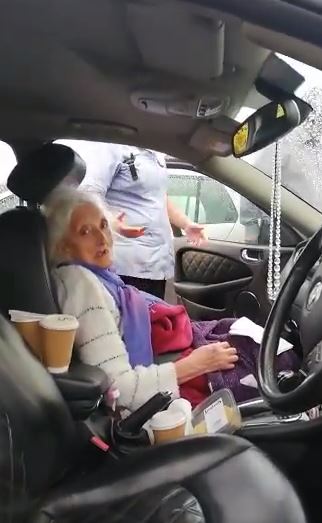 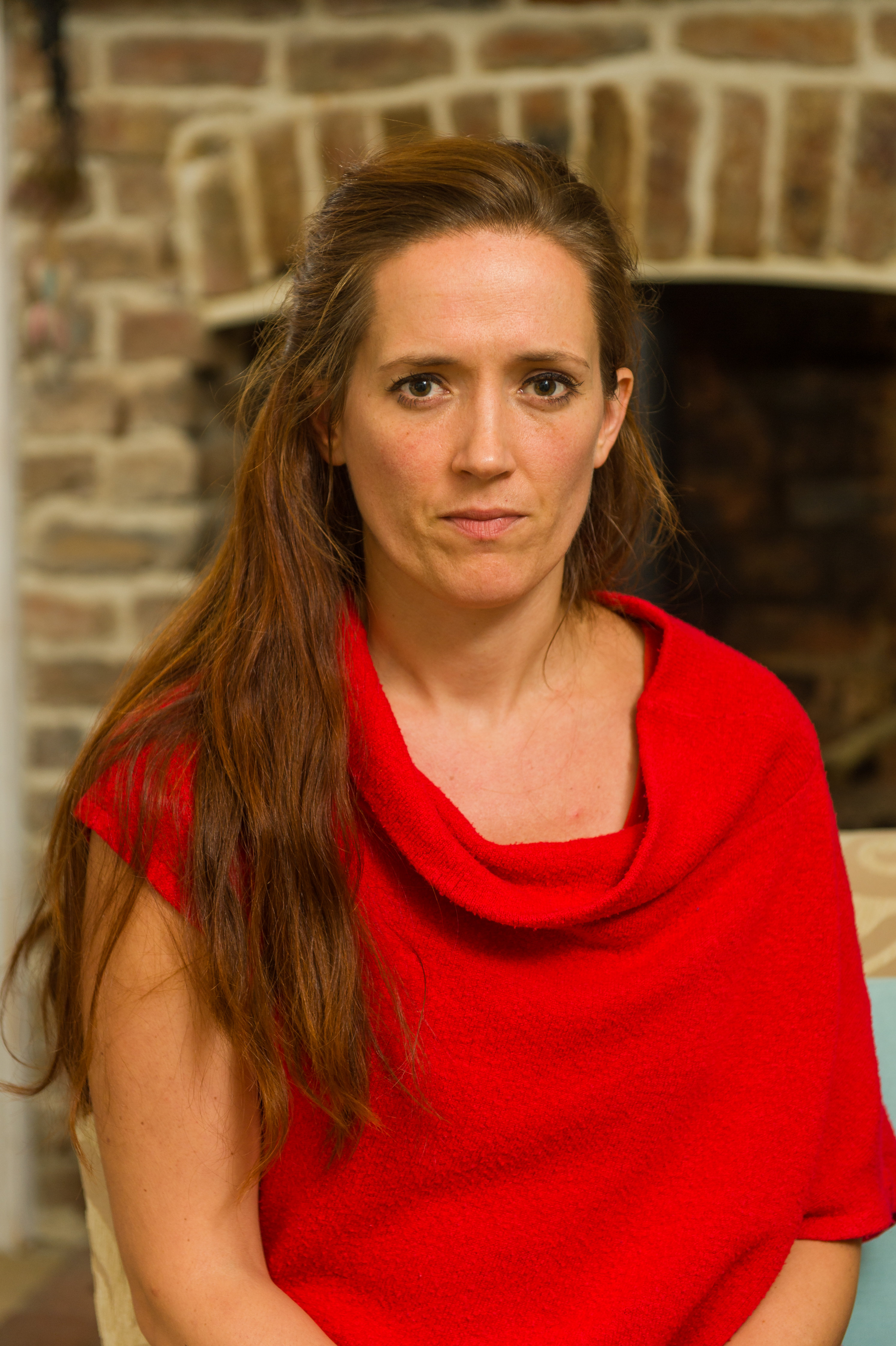 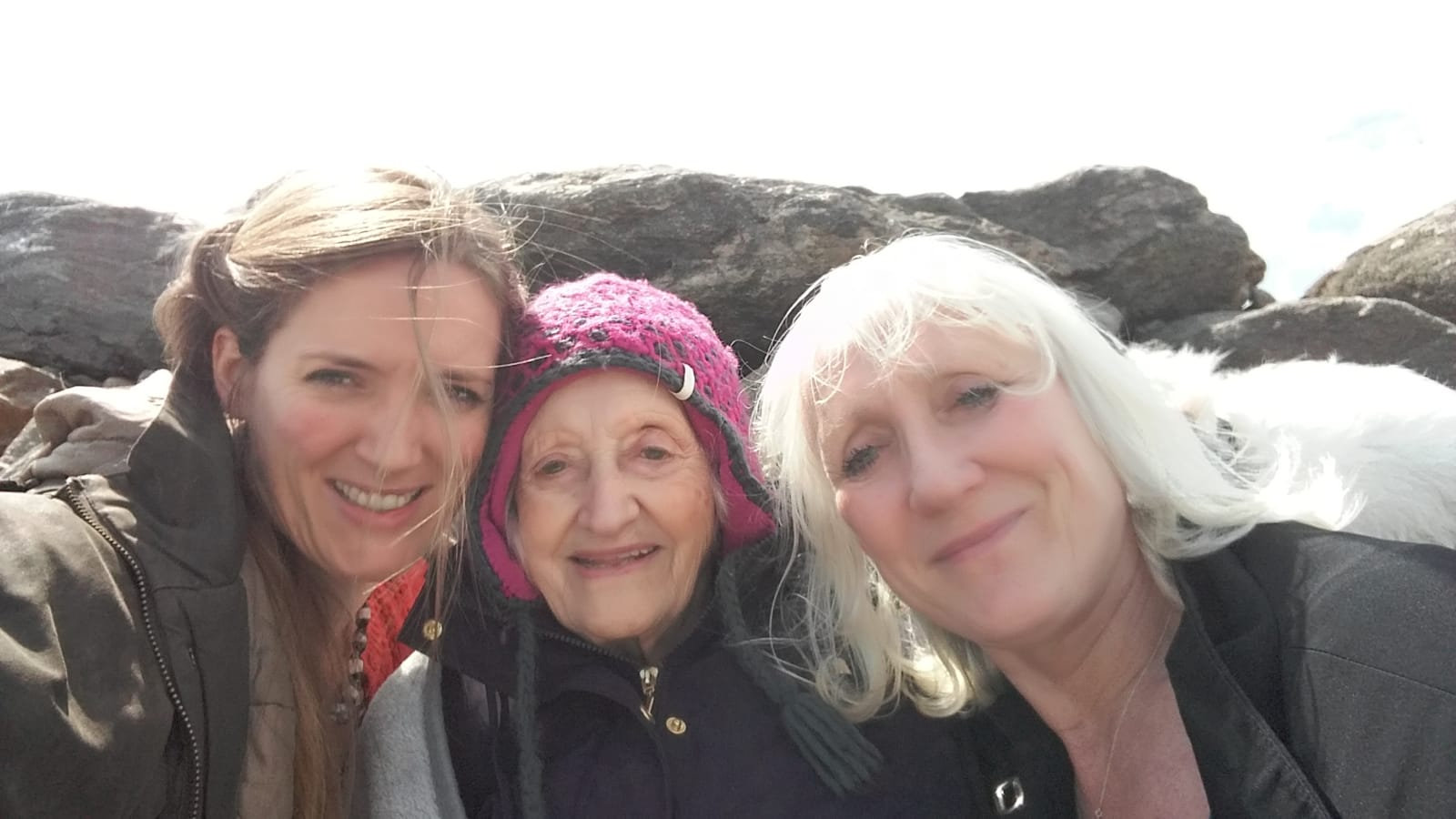 “We cooked Italian food. We thought she will get this smell of garlic and onions and hopefully that will trigger something in her that she is home.

"We cried an awful lot, we laughed.

“I don’t think we have any tears left. It’s just total tears of happiness, really."

Leandra last month told Sun Online how they "sprung" her nan from the care home, wheeling her out on the spur of the moment.

She had filmed the harrowing ordeal of her mum being arrested as her Nan sat helplessly in the family car.

Leandra said: "The lady opened the door at which point my mother used the flowers to barge her way in.

"At which point as my mum brought my nan round to have a look at me she just carried on wheeling her out, very quietly, very calmly, nobody stopped us and we just wheeled her. 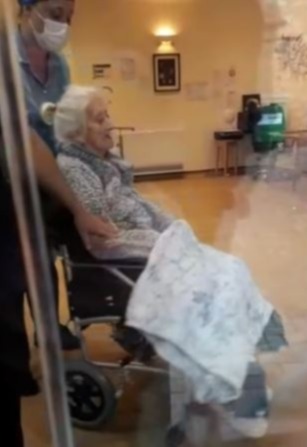 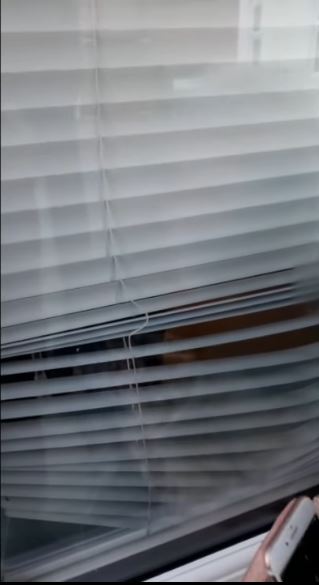 "I thought, "We've sprung Nan, we have got her out, we are not going to giver her back".

"We put her in the car, my mum had one car, I had another. We obviously hadn't planned this. If we had we would have got a bit further than the garden centre.

"We literally didn't know what the hell to do. We were like, we're on the run now with my 97-year-old nan."

Earlier this month,Leandra posted a video of Ylenia telling carers at Northgate House in East Riding, East Yorkshire, that elderly Tina's "quite blue around the lips and her breathing is quite fast".

But the carer told her to call back on Monday before wheeling frail Tina away and closing the blinds as Ylenia screams "don't take her away".

Media coverage of the family's plight was a "massive" boost in helping to get Tina home, Ylenia believes.

Leandra and Ylenia are now hoping to meet with Boris Johnson and Health Secretary Matt Hancock to discuss the "national emergency" of care for the elderly.

Mum-of-five Ylenia said: "Hundreds of thousands of families are still in this situation, who are still lacking contact and the sheer brutality of this lockdown on families.

“So many people have said how wonderful she is home and they are the ones still suffering. So it’s bittersweet. That’s how it feels.

“It’s tremendous, but our hearts are with everybody out there still fighting”.

Leandra said: “You realise there is a national emergency going on with our elderly.  The way we were caring for them before left huge room for improvement.

“This has shown how families are so important for the care of the elderly. I think we are going to try and organise a meeting with Matt Hancock and Boris Johnson and the rest of the families." 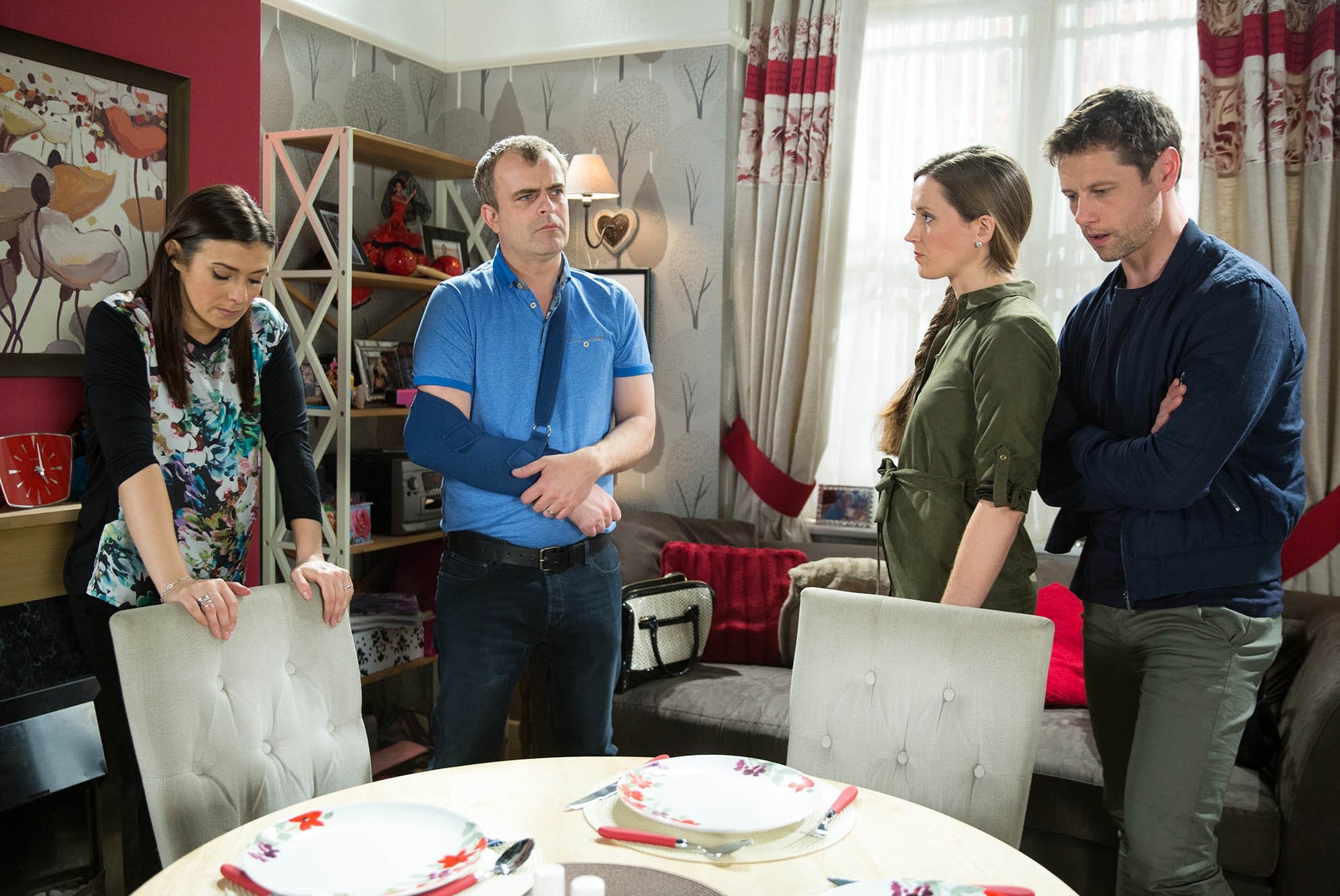 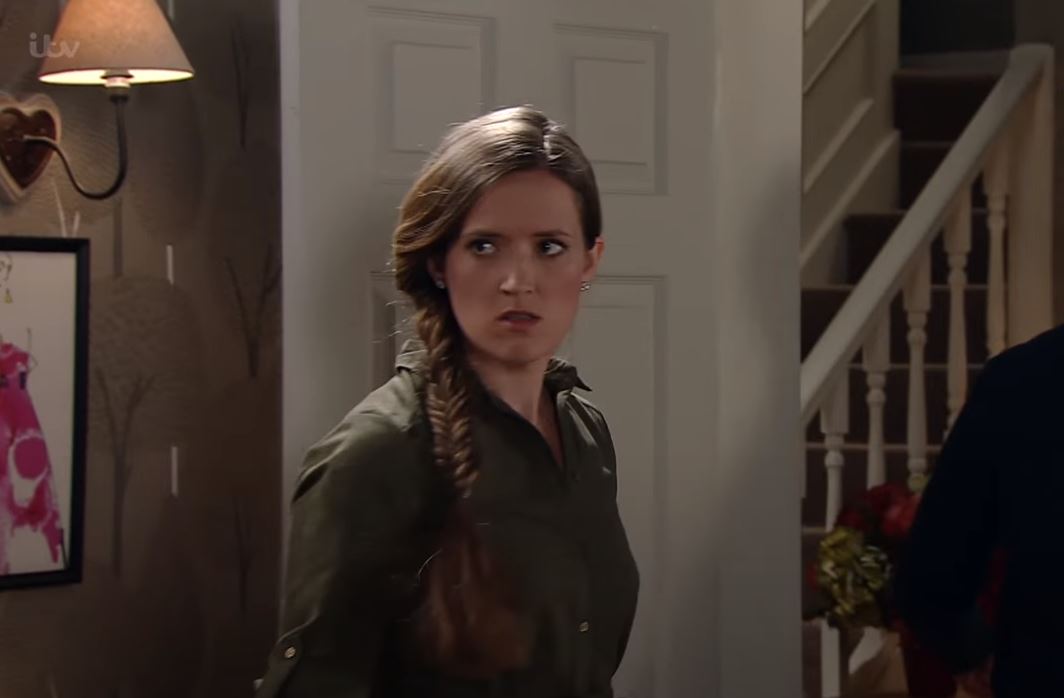 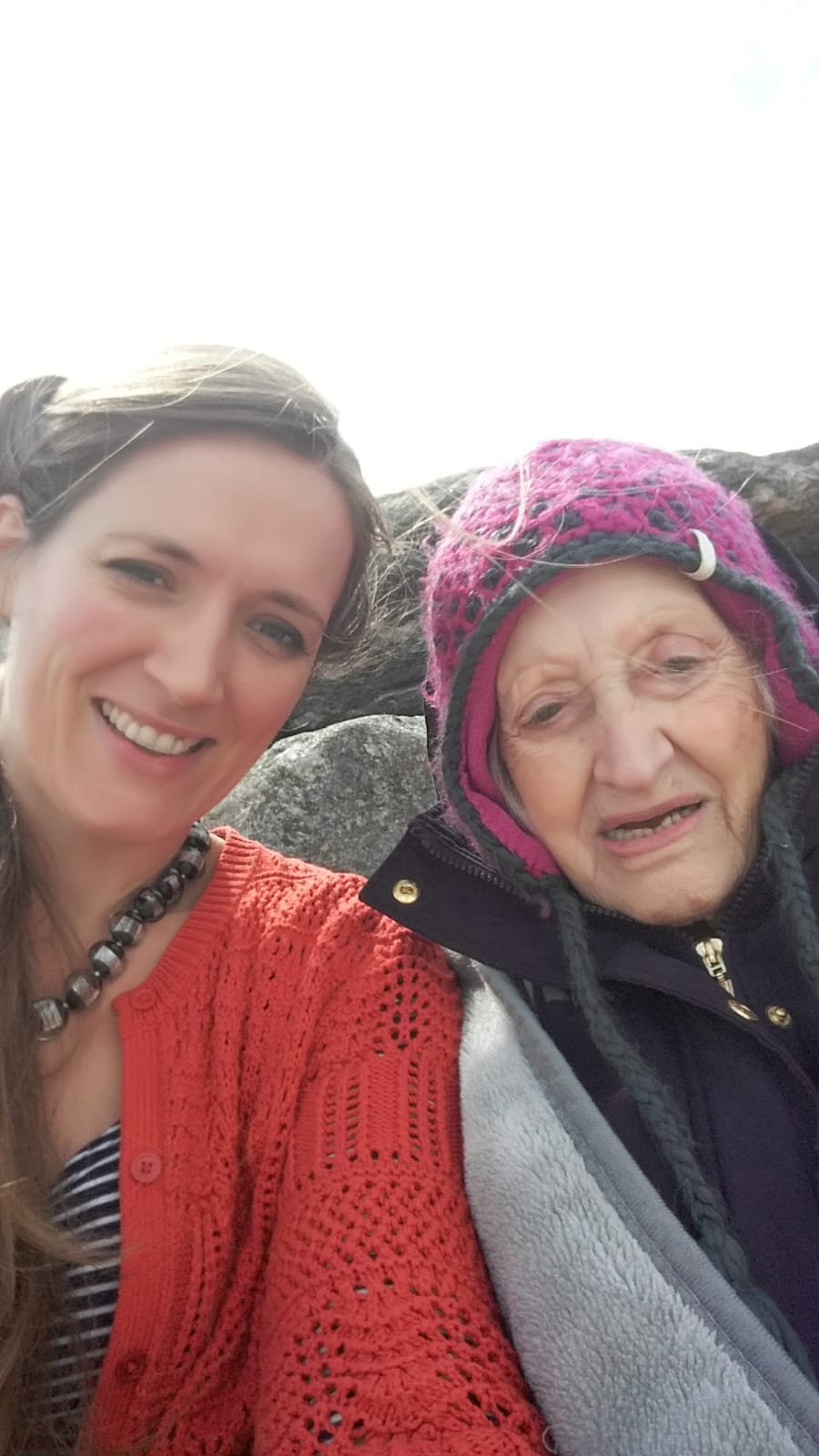 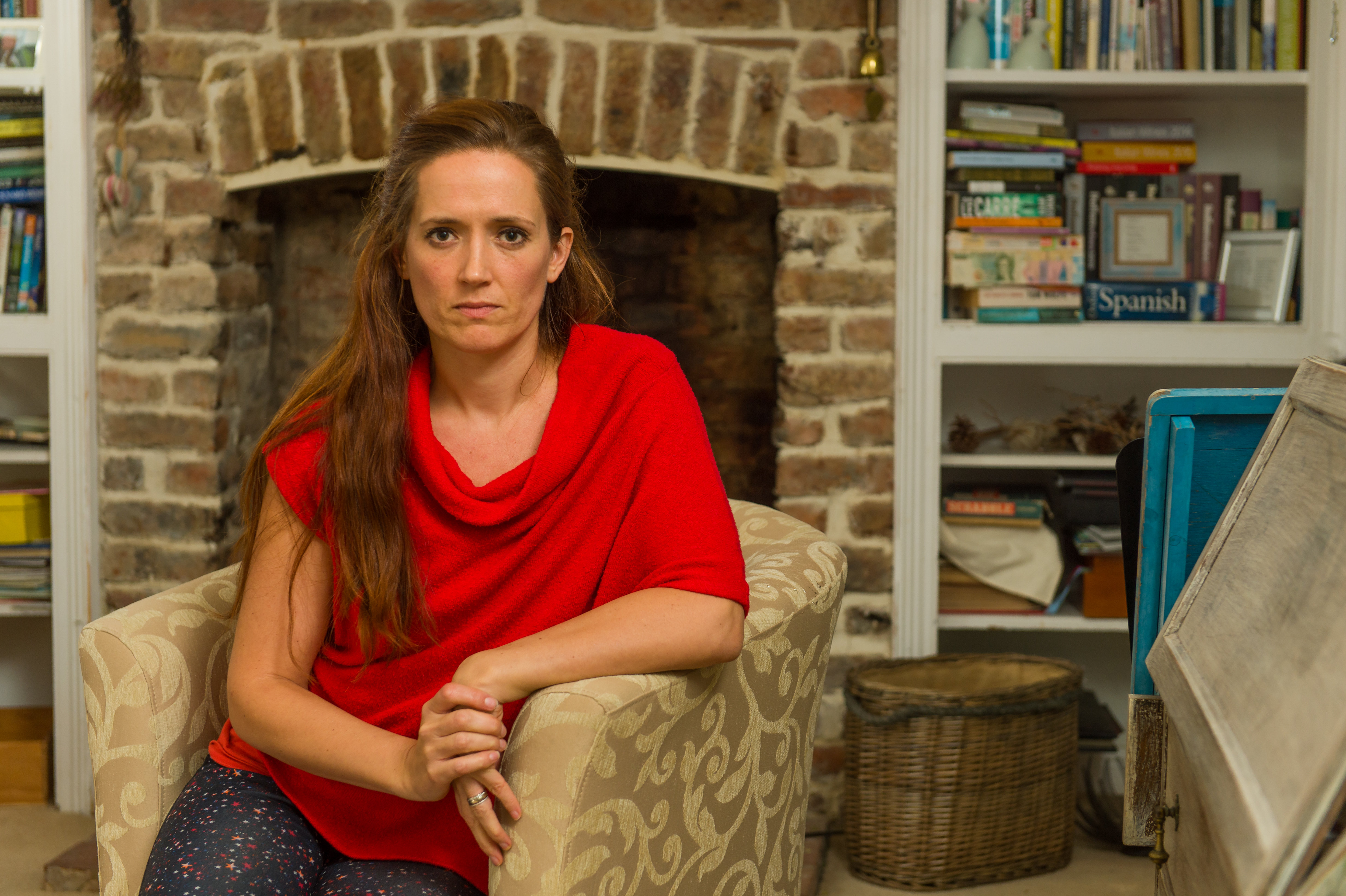