Ex-model linked to Boris Johnson ‘got coveted visa from official’ 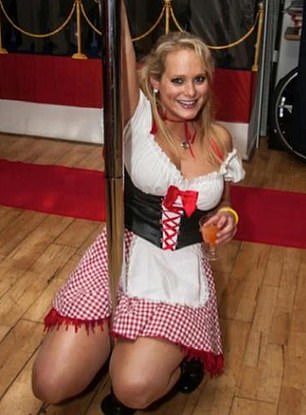 An ex-model linked to Boris Johnson is said to have received a coveted visa from an official who had worked for the current Prime Minister when he was the London Mayor.

US businesswoman Jennifer Arcuri is currently at the centre of a conflict of interest row over her friendship with Mr Johnson.

She beat nearly 2,000 applicants to gain one of 200 places on the government’s Sirius programme after Mr Johnson helped to promote her firm Innotech.

It has now come to light that the then director of Sirius at the time, Paola Cuneo, spent two and a half years working in a senior post at the official mayoral promotional agency, London & Partners, when Mr Johnson was mayor.

Arcuri, Cuneo and Johnson are all said to have attended the same Innotech event in October 2013, just two months before the company joined the scheme won by Sirius.

Speaking to The Guardian, a whistleblower said that Innotech had ‘stood out’ compared to other companies in the programme but that they ‘couldn’t understand why so much attention and funds were being given to the programme’.

These new disclosures will ramp up allegations that the Prime Minister played an improper role in securing government support for his friend.

Mr Johnson has since insisted that ‘everything was done with full propriety’.

Various interviews have taken place this week in which Mr Johnson has denied an affair with Arcuri and in one interview he said: ‘The crucial thing is that in terms of promoting London, everything was done with complete propriety.’ 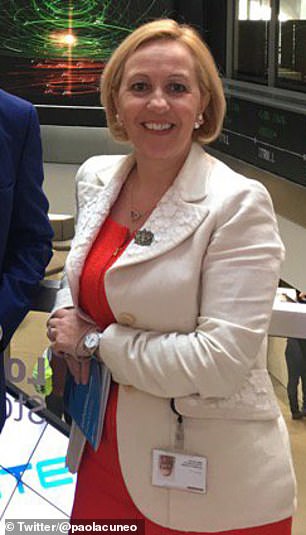 Paola Cuneo (pictured above) spent two and a half years working in a senior post at the official mayoral promotional agency, London & Partners, when Mr Johnson was mayor

Acuri is said to have confided in friends that she was having an affair with Mr Johnson and had received £126,000 of public funds.

This is while £11,500 of that money was paid by L&P to Innotech while Mr Johnson was the mayor.

However, Mr Johnson had been serving as mayor at the time and not in a ministerial role.

The Sirius scheme is managed by the Department for International Trade, who were unable to comment on the matter this morning.

The whistleblower added that staff working on the Sirius programme warned Cuneo and other civil servants of a conflict of interest in 2014 after £10,000 was given to the scheme to run an event.

Staff had concerns that the programme team had failed to follow procurement rules.

The whistleblower, who worked at Sirius at the time added that Cuneo had shown favouritism towards Innotech.

They said: ‘I regarded the two decisions about Innotech [on the visa and the subsequent launch event contract] as examples of favouritism.’

‘Innotech was the only company admitted in the first wave of Sirius startups that did not have a tech product’.

They added that it was ‘an event company’ and that it had the potential to scale up. They said this was significant as admission to the Sirius programme involved a tier 1 entrepreneur visa, plus a grant of £12,000, plus additional support resources. 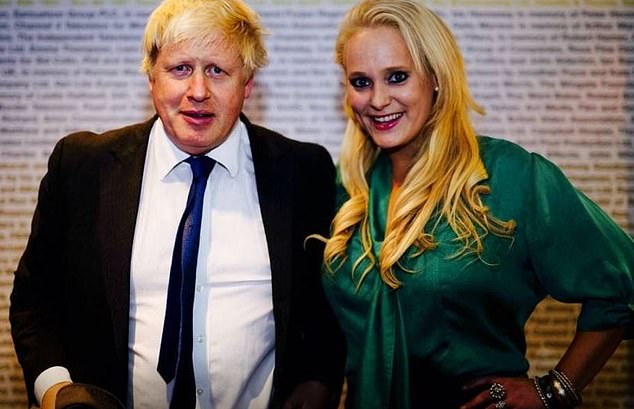 The former model is pictured with Boris Johnson in 2014, when he was the mayor of London

According to the whistleblower after Innotech was admitted, Cuneo gave the firm an extra £10,000 to organise a lunch event for the Sirius programme.

They added: ‘Several members of the team raised concerns about that decision, because it seemed not to follow standard procurement rules and because there was a clear conflict of interest (as we had already funded this startup).

‘There were concerns because those services were procured without opening up the tender to competition and because the invoicing seemed to be irregular. On top of that, we already had a supplier for event management, so this seemed like a duplication.’

From May 2013 to August 2016, Cuneo was the director of the Sirius programme and said on LinkedIn that she had ‘designed, launched and ran the programme from its inception including business cases approval, suppliers and stakeholders management, team leadership’. 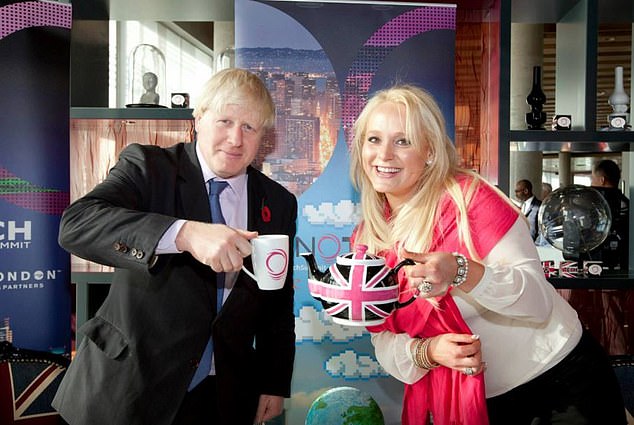 Mr Johnson (left) has denied an affair with Arcuri

Her role was described as ‘reviewing a number of global applications for their assessment against key criteria as part of the panel of judges’.

Before that she had held the role of head of L&P for Europe, the Middle East and Africa when Mr Johnson was in City Hall.

As well as this it was discovered she had sent supportive tweets to Acuri.

The whistleblower said that they had started to make a connection between Cuneo and Acuri following allegations which have been published over the last week.

Cuneo was unable to be reached this morning.