A former teacher at the Duchess of Cambridge’s old school who was jailed in the United Arab Emirates for sending an ‘electronic insult’ has been dramatically freed.

Christian Wilke was said to have sent the insult on Facebook, but is now in a ‘desperate state of health’ after finally being released from captivity.

Mystery still surrounds why the 39-year-old was arrested and which post caused the alleged offence.

After nine months in prison his mother Christine Wilke-Breitsameter announced the freedom of the ex-head of computing, at Downe House School in Cold Ash, Berkshire, in a Facebook post yesterday.

British teacher Christian Wilke, 39, was jailed in the United Arab Emirates after being convicted of sending ‘an electronic insult’ on social media

She claimed he was being kept in filthy conditions in prison in the UAE, was forced to sign a false confession and has still not been told what he did to trigger his arrest.

Mr Wilke had been locked up since October last year, and was released after British officials intervened in his case.

Mrs Wilke-Breitsameter said her son, a dual British-German national, had been kept in ‘cruel’ conditions at Al Ain prison – a 90 minute drive from Dubai – in the United Arab Emirates and had not been told why he was being held.

During his detention he developed pneumonia, was subjected to sleep deprivation and denied a lawyer for 52 days.

Mr Wilke was sentenced to a one-year prison sentence and fined after being forced to sign a confession written in Arabic, she said.

Announcing his release on social media, his mother, Christine Wilke-Breitsameter, announced: ‘I am so relieved. At the end his British citizenship saved him.

‘During the past weeks the British consulate worked on his release. I did not want to jeopardise these efforts.

‘Christian is extremely weak. He suffers from vitamin deficiency and frequently becomes unconscious.’

Mr Wilke and his mother were reunited in Munich, near her home in Germany, and he was taken straight to hospital.

Speaking yesterday, she added: ‘Christian is in a desperate state of health. At the moment, we are fully focused on his recovery. He is really bad.’

She said the family still do not have any documents that show what offence her son was charged with.

In a change.org petition calling on UAE ruler Sheikh Mohammed bin Rashid al-Maktoun to free her son, Mrs Wilke Breitsameter had described a tearful phone call from her son: ‘Christian mentioned ‘electronic insults’ and says this could be something like sharing the wrong post on Facebook.’

The petition attracted 277,000 signatures before Mrs Wilke-Breitsameter sent an update announcing his release on June 20. Thanking supporters, she added: ‘These weeks have not been easy for us.’

Mr Wilke was working as a computer science teacher at al-Ain when he was arrested. 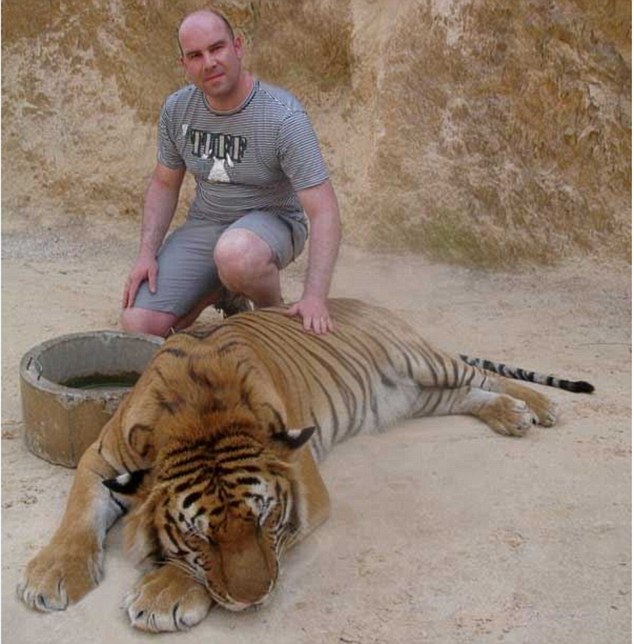 Scores of people in the UAE have been detained by authorities for comments made on social media, according to the International Campaign for Freedom.

Mrs Wilke-Breitsameter yesterday praised staff at the British Embassy in the UAE, who supported their case. ‘The English are extremely friendly, helpful and accommodating,’ she said.

The International Campaign for Freedom said: ‘In recent years, the UAE’s judicial system has drawn heavy criticism from rights groups such as Amnesty International for violating basic human rights of both Emirati and non-Emirati citizens and acting in a manner that contravenes international law.

‘Since the institution of the cyber-crime law in 2012, scores of people in the UAE have been detained by authorities for comments made on social media platforms’.

Since arriving in the UAE, Mr Wilke has been active on the internet and social media, supporting a decision by the authorities to jail a man who insulted the Prophet Mohammed.

At the time, Mr Wilke told lovindubai.com: ‘I am Christian and I feel exactly like the people who locked this guy away. I wished the same happened in the west. Our belief is essential and it needs to be protected’.

When the Emirates airline announced a relaxation on a ban on large electronic devices being taken onto planes he simply said: ‘Who cares?!’

A few days before his arrest, Wilke praised a local dive centre in Abu Dhabi.

Wilke’s mother said her son moved to the UAE after Brexit was announced to work as a teacher for junior high school at Brighton College in Al Ain.

His social media accounts show that he was Director of Educational Technology at the college. He was arrested in October 2017.

In an act of desperation his mother even contacted UAE ruler, Sheikh Mohammed bin Rashid Al Maktoum on Twitter, pleading: ‘I beg your highness, please help me’.

As a 14-year-old, Kate Middleton reportedly withdrew from the independent girls’ school Downe House after just two terms, because of alleged bullying.