As CEO of AT&T Business, Anne Chow oversees a $35 billion operating unit with nearly 2.5 million customers and more than 30,000 employees.

Yet Chow, the first woman of color to hold the position and the parent company’s highest-ranking Asian American employee, gets asked all the time where she’s really from. She’s told she’s surprisingly articulate. She’s talked over in meetings.

But, she says, “those norms are hard to break.” 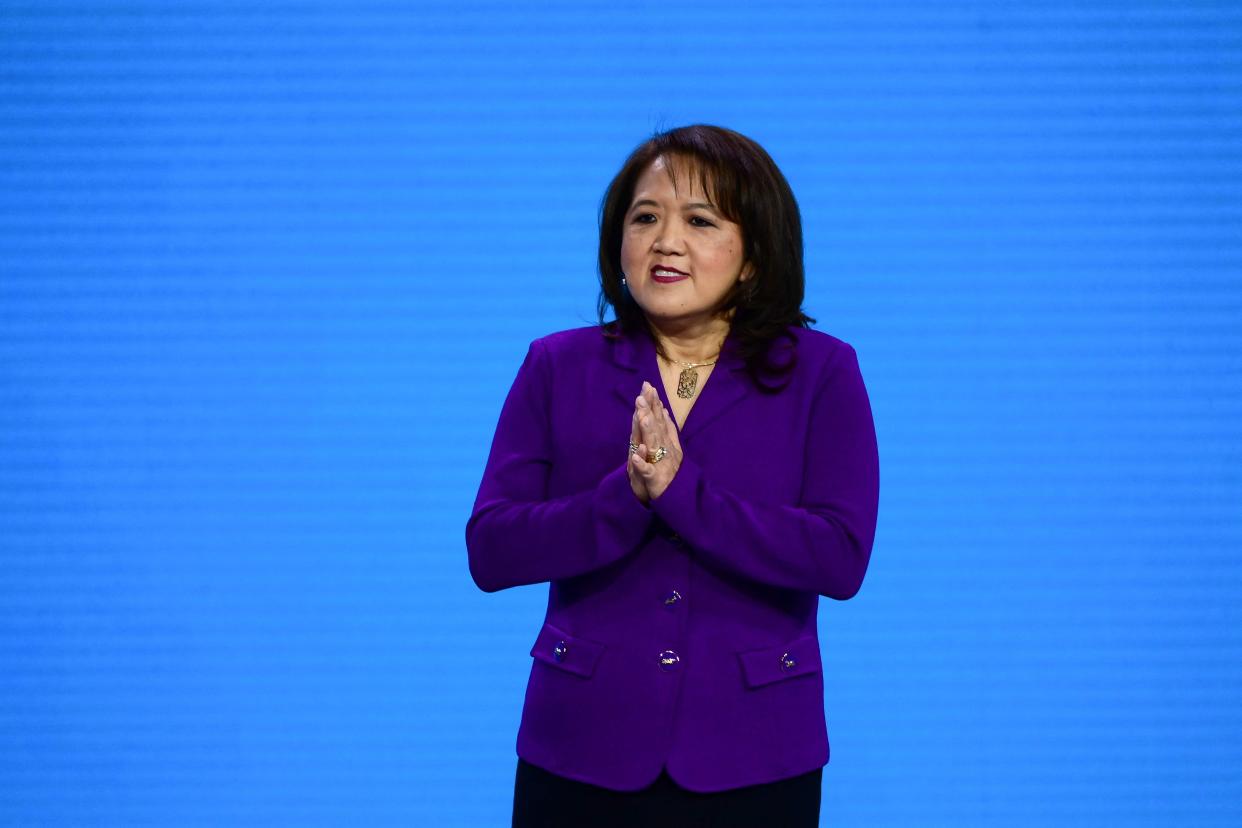 Chow is a rarity: an Asian American woman who is a top executive of a major U.S. company.

Contrary to the perception that highly credentialed Asian women face hardly any obstacles as they climb the corporate ladder, remarkably few break into the senior-most executive ranks.

‘We are fundamentally a racist and sexist society: Deep racial inequalities persist at top companies in US, especially for women of color

Discrimination in nation's top companies: We asked Walmart, Amazon and others about hiring for diversity. What we found may surprise you

Research on Asian women in the workplace paints a bleak picture for upward mobility. Their careers are undercut by harmful stereotypes and racist tropes. They often are passed over for promotions, excluded from professional networks and have few if any role models. And they are widely considered capable and smart in supporting roles but too deferential and submissive to run lines of business or entire organizations.

“We're often expected to be submissive and grateful, often navigating much narrower expectations of what it means to be a ‘likable’ professional woman,” said Ruchika Tulshyan, author of “Inclusion on Purpose: An Intersectional Approach to Creating a Culture of Belonging at Work.” “And often, Asian women are penalized when they present as counter to this stereotype.”

Asian women are half as likely as their white female counterparts to hold an executive role, according to reports known as EEO-1s, which break down the race and gender of a company’s workforce by job categories but are not released to the public.

The disparity is on par with statistics for Black and Hispanic women, USA TODAY found.

In fact, Asian women tend to make the least progress in proportion to their education and experience, Tulshyan said.

“Sadly, until the rise in anti-Asian violence in the past two years, our struggles and challenges were often invisible and, even when we brought up issues at work, they were seen as unimportant,” she said.

“The issues are the same as when I was coming up and entering the workforce, which says to me that the issues are systemic,” Chow said.

During a reception for newly admitted Harvard students in 2013, an admissions officer asked Margaret Chin why so few of the university’s Asian graduates had scaled to the top of corporate America.

Chin, a Harvard alumna and a sociology professor at Hunter College/CUNY, began researching the subject. Soon she was inundated with stories from Asian Americans, including many women whose careers had stalled. But she said that when she shopped a book proposal, she got pushback.

“How could that possibly be true?” Chin said she was asked as she bumped up against the model minority myth that Asian Americans have made it and therefore don’t face racism that keeps them from getting ahead. 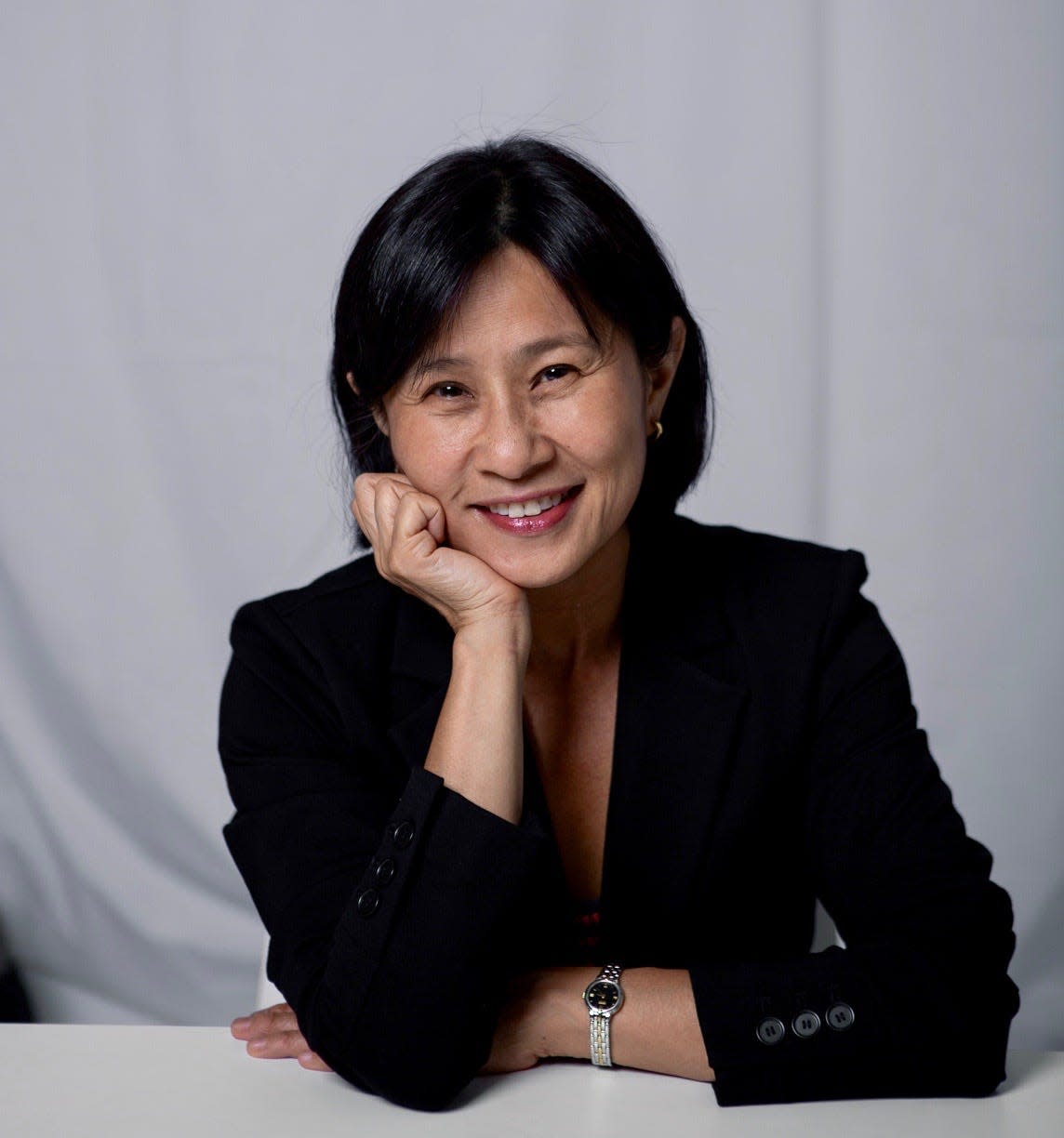 That misconception is fueled by the large numbers of Asian workers who have advanced to the professional and management ranks, said Chin, author of “Stuck: Why Asian Americans Don't Reach the Top of the Corporate Ladder.”

Asian Americans are the best-educated and highest-earning major racial or ethnic group in the nation, according to the U.S. Census Bureau. In general, they make up 5.8% of the U.S. workforce and hold 20% of the nation’s managerial or professional jobs.

USA TODAY found that Asian workers are more likely than any other major racial or ethnic group to hold a professional or managerial job in the S&P 100, although the rates are lower for Asian women than Asian men. 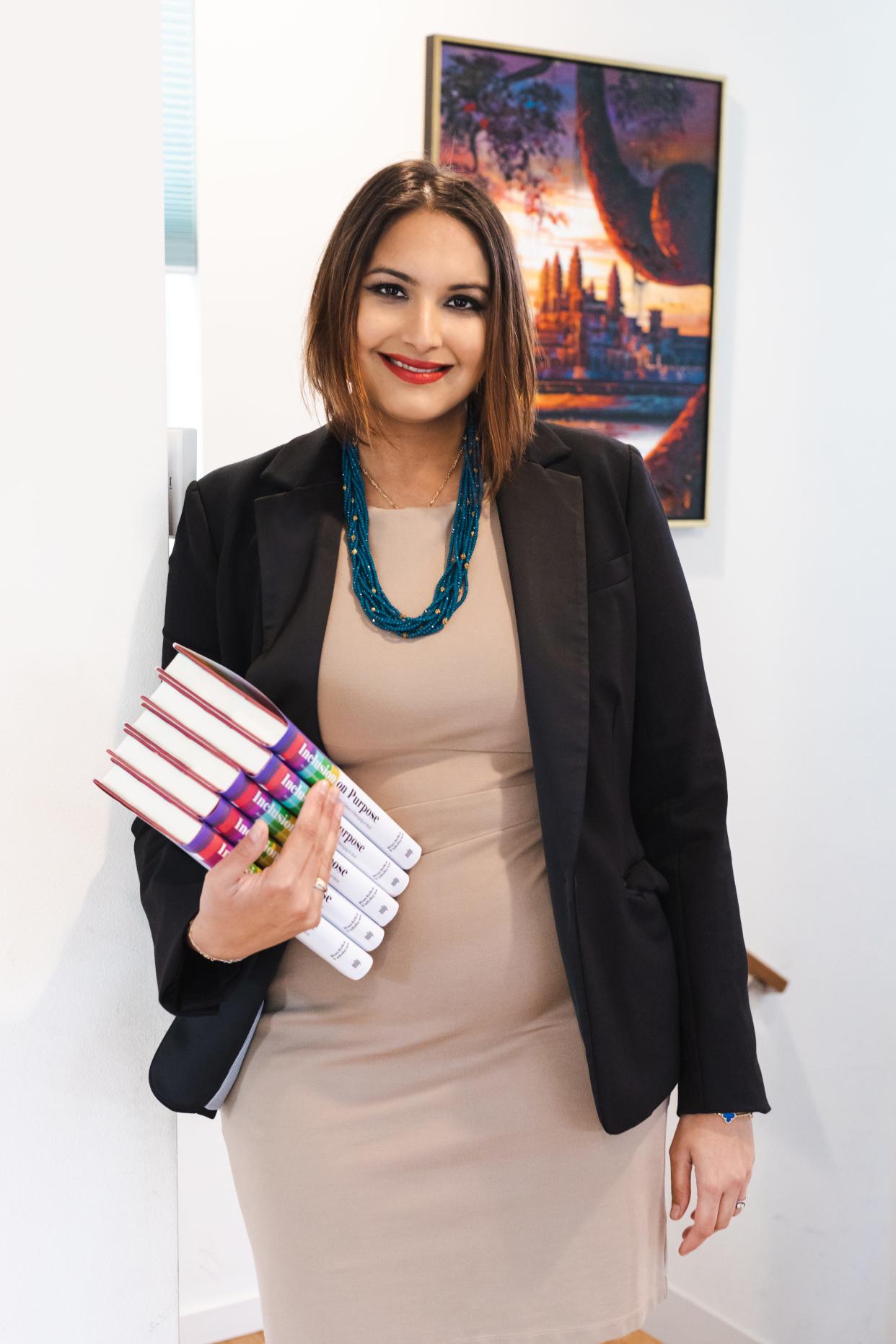 Even though this broad grouping masks deep economic divides among Asian immigrant groups, “there’s this assumption that we do well in school and get good jobs – end of story,” Tulshyan said.

The reality in the executive suite is quite different, especially for women. Racism compounds the obstacles Asian women face just as it does for Black and Hispanic women, says Linda Akutagawa, president and CEO of Leadership Education for Asian Pacifics, or LEAP.

Women of color were less likely to be executives than a man of any race or ethnicity, USA TODAY found in its examination of data from 88 major corporations.

“You have that same double-paned glass ceiling,” Akutagawa said. 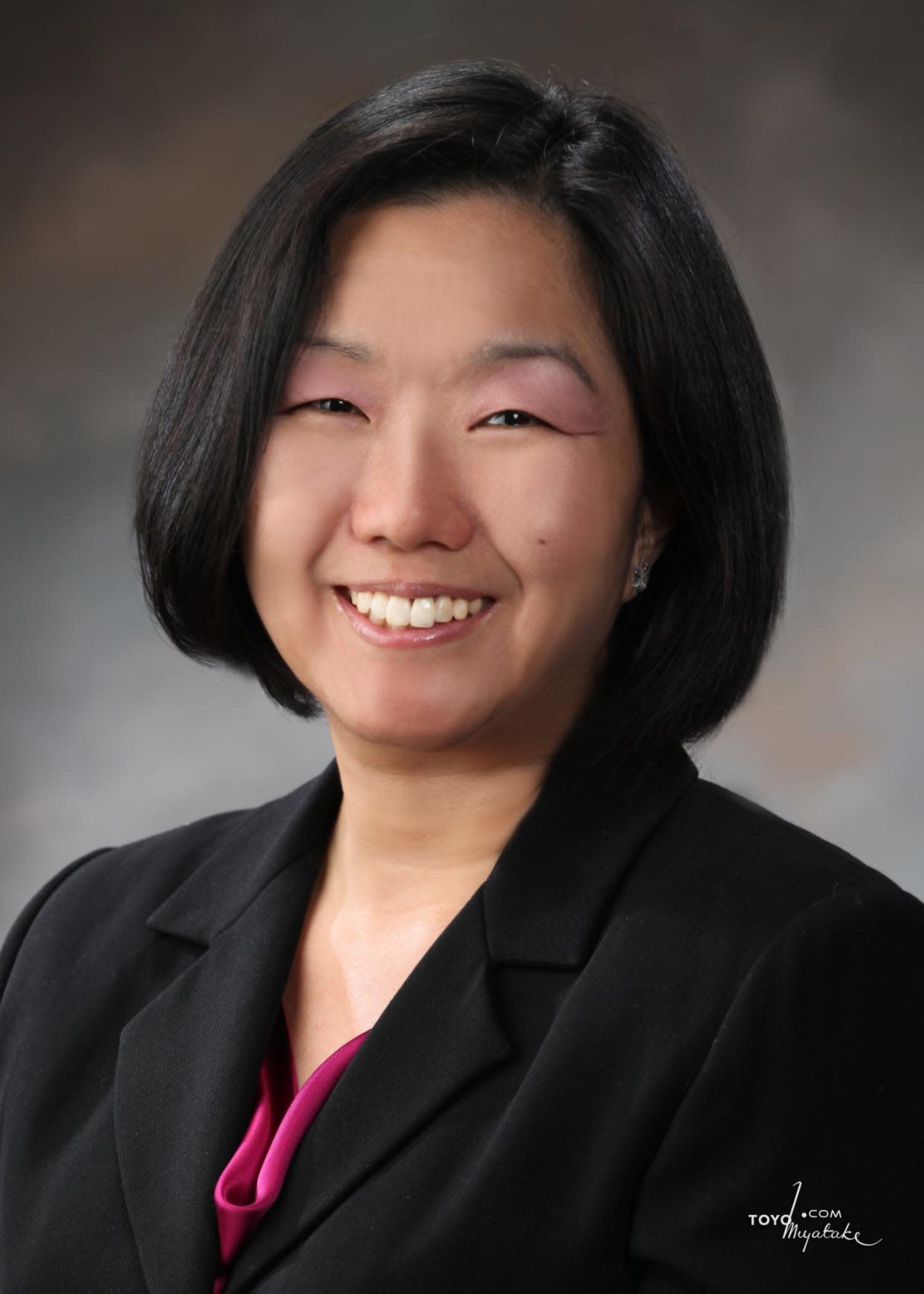 Buck Gee, an executive adviser to the Ascend Foundation, the nation’s largest network of Asian American professionals, advises corporations on where their diversity efforts are falling short.

He says even employers that do a good job of putting women into leadership development programs neglect Asian women, frequently leaving them out of diversity and inclusion discussions and initiatives altogether.

“Once I put it out there, companies recognize it’s a problem that they need to address. So I think we are making progress,” Gee said. “But we have a long way to go.” 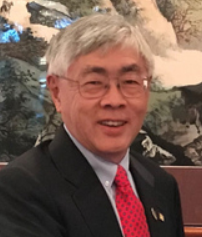 Several years ago when Google officials realized women of color were largely absent from executive roles, they developed an internal leadership conference for Black and Hispanic women. Only after Asian American women inside the company pointed out they, too, were not being promoted into these roles were they included.

Google says it hosts events for women of all backgrounds to “foster community, network and build mentorship, and advance professionally,” and will continue to do so.

Just like for other women of color, the scarcity of Asian women in leadership roles is frequently viewed as a personal failing, not a systemic problem, says Ellen Pao, co-founder and CEO of Project Include, which works to increase diversity in the technology industry. 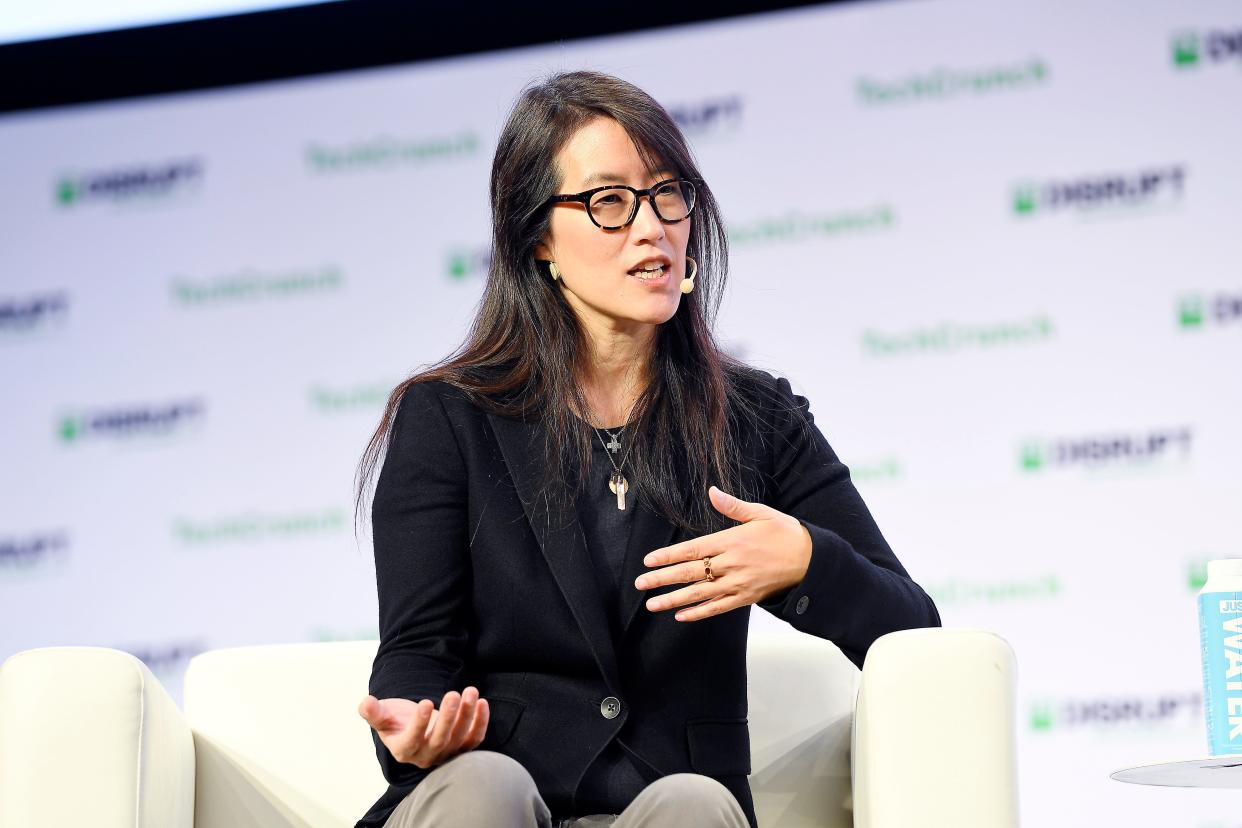 In 2015, she stepped down as interim CEO of social media platform Reddit, the same year she lost her gender discrimination lawsuit against her former venture capital firm.

Pao says she found herself in an untenable situation. She had little support inside the company as Reddit users, revolting over a new policy banning involuntary pornography and the shutdown of hate-filled subreddits, created racist memes calling her “Chairman Pao.” 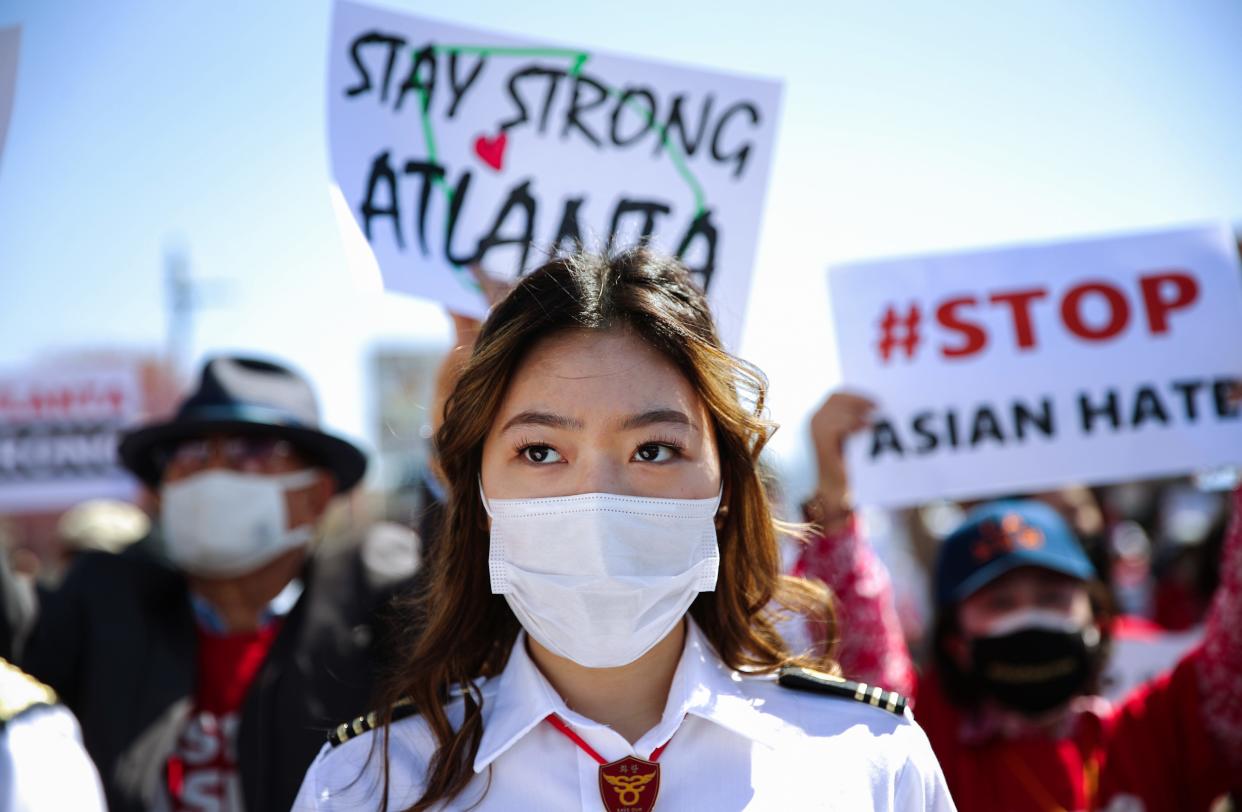 Asians, and especially Asian women, are typecast as followers, not leaders, she said, and don't fit the pattern that investors and board members are accustomed to seeing.

“It just wasn't on the radar for a lot of people that an Asian woman would want to lead or would be good at it,” Pao said. “Everyone talks about having an open mindset, about wanting to experiment and really drive change and revolutionize everything. But when it comes to who gets to take those chances and who gets those leadership positions, there’s a very fixed mindset.”

From Facebook to Microsoft, Asian women crack the glass ceiling

Among the 10 companies with the highest share of Asian female executives, only three – Amgen, Netflix and Biogen – had more Asian women than Asian men as executives. 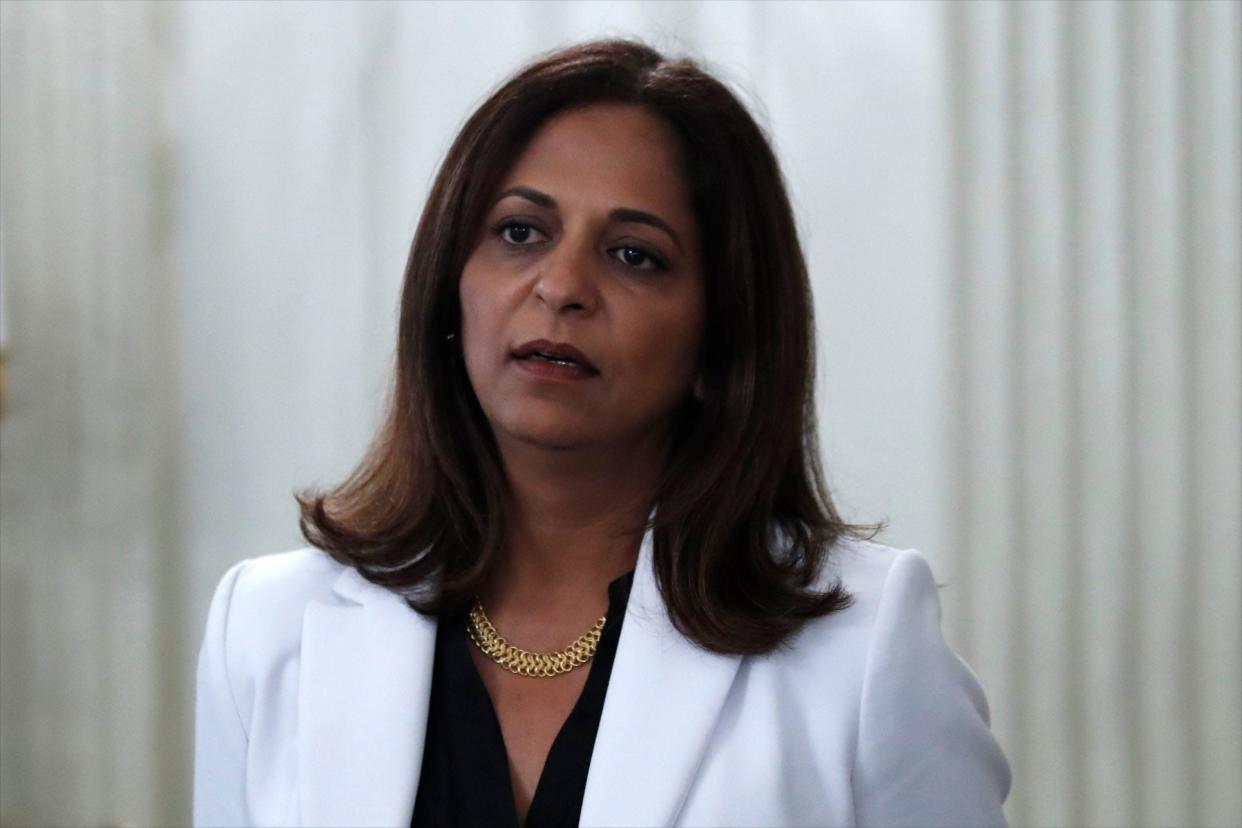 Deborah Liu, a veteran of Facebook, PayPal and eBay who sits on the Intuit board, says companies need a more expansive definition of leadership. She says she often asks people: “When you think of a CEO, would you think of me?”

In February 2021, after a nationwide search for the best candidate, Liu was tapped to run genealogy company Ancestry.com.

With the nation in the grips of the COVID-19 pandemic, Liu met her new team one by one over Zoom. None of them had been told who their new CEO was. She spotted surprise on the faces of senior leaders. “I don’t look like the typical CEO,” Liu said. 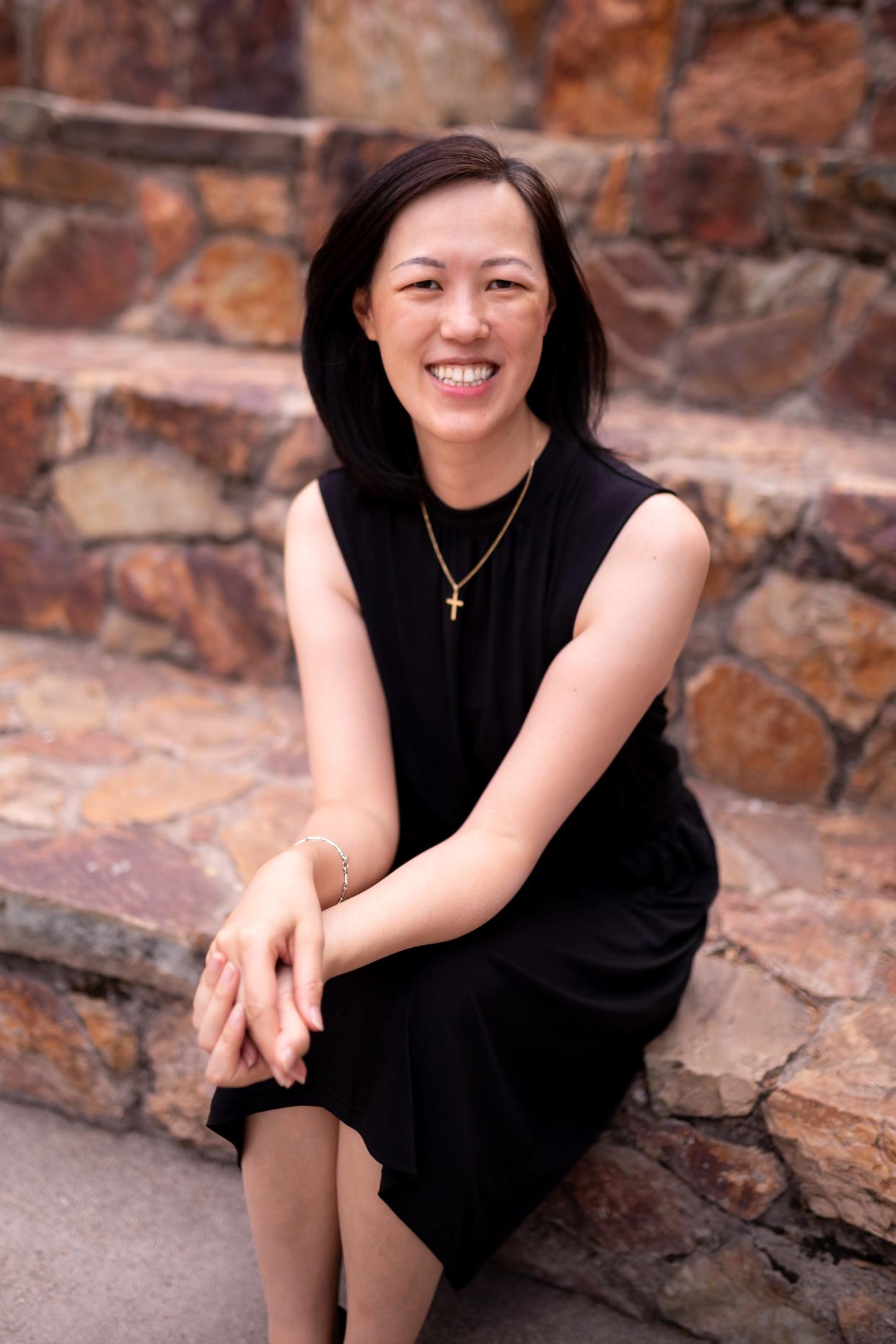 “The first time they saw me and my name was when I popped up on the Zoom,” she said. “So I said: ‘Why don’t you take five minutes and Google me, and then we’ll talk?”

Liu says her team at Ancestry “has been incredibly supportive and receptive.”

OpenTable CEO Debby Soo is the face of that change.

In 1999, when she was 12, Soo spotted Andrea Jung on the cover of a magazine at a hair salon. Jung had just been named CEO of Avon, making her the fourth CEO of a Fortune 500 company who was a woman and the first who was an Asian woman.

“It was the first time in my life I had seen someone who looks like me head up an American company,” she said. “I didn’t even know that was possible.”

Soo was an only child whose Taiwanese immigrant parents owned and operated a travel agency that got its start in their tiny apartment. 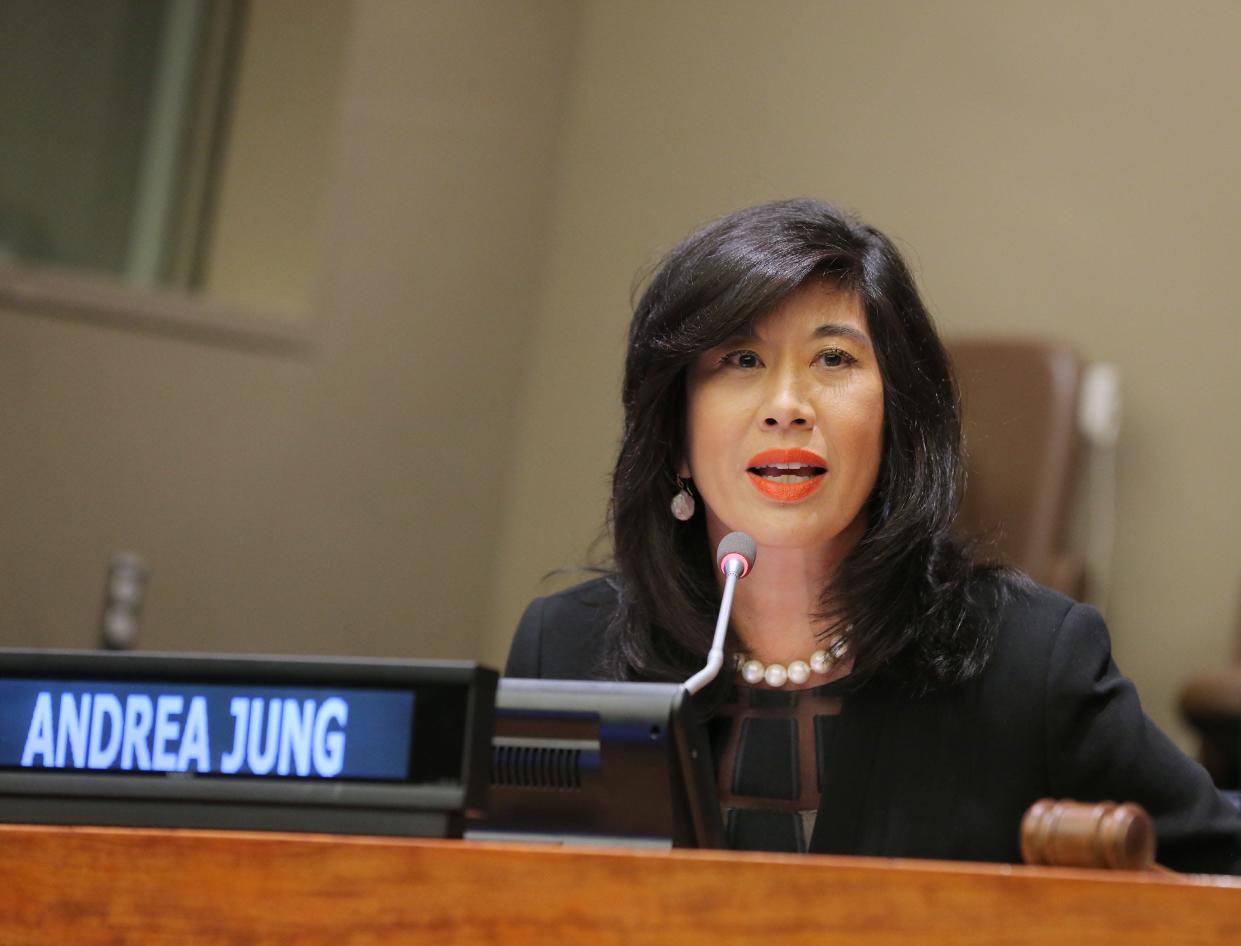 Following her parents’ example, Soo kept her head down and worked hard, from Stanford to a stint in investment banking to Google to KAYAK which, like OpenTable, is part of online travel giant Booking Holdings.

“That ethos served me very well early on, and I imagine it serves a lot of Asian Americans early on in their careers, because who doesn't want someone enterprising and hardworking? But it becomes problematic when you are trying to progress further in your career,” she said.

“One of the things I had to learn and what I always tell people is that the skills that got you here are not necessarily the skills that are going to get you to the next place you want to go.”

Playing field in corporate America is still not level: Pressure grows on America’s top companies to fix failures of the past

So when a job opened up to run the Asia-Pacific region for KAYAK, Soo raised her hand.

“I was a director at the time, and the role was a VP role, so I spoke to our CEO and said, ‘Hey, I think I would be really good in this role,’” Soo recalled. When the CEO wavered, she countered: “Why don’t you give me a try, and you can reserve the right to hire above me if it doesn’t work out?”

In August 2020, when she was named CEO of OpenTable, it provided not just the realization of a childhood dream but also a beacon to others. On LinkedIn, Asian American friends and colleagues reached out to Soo. So did strangers. 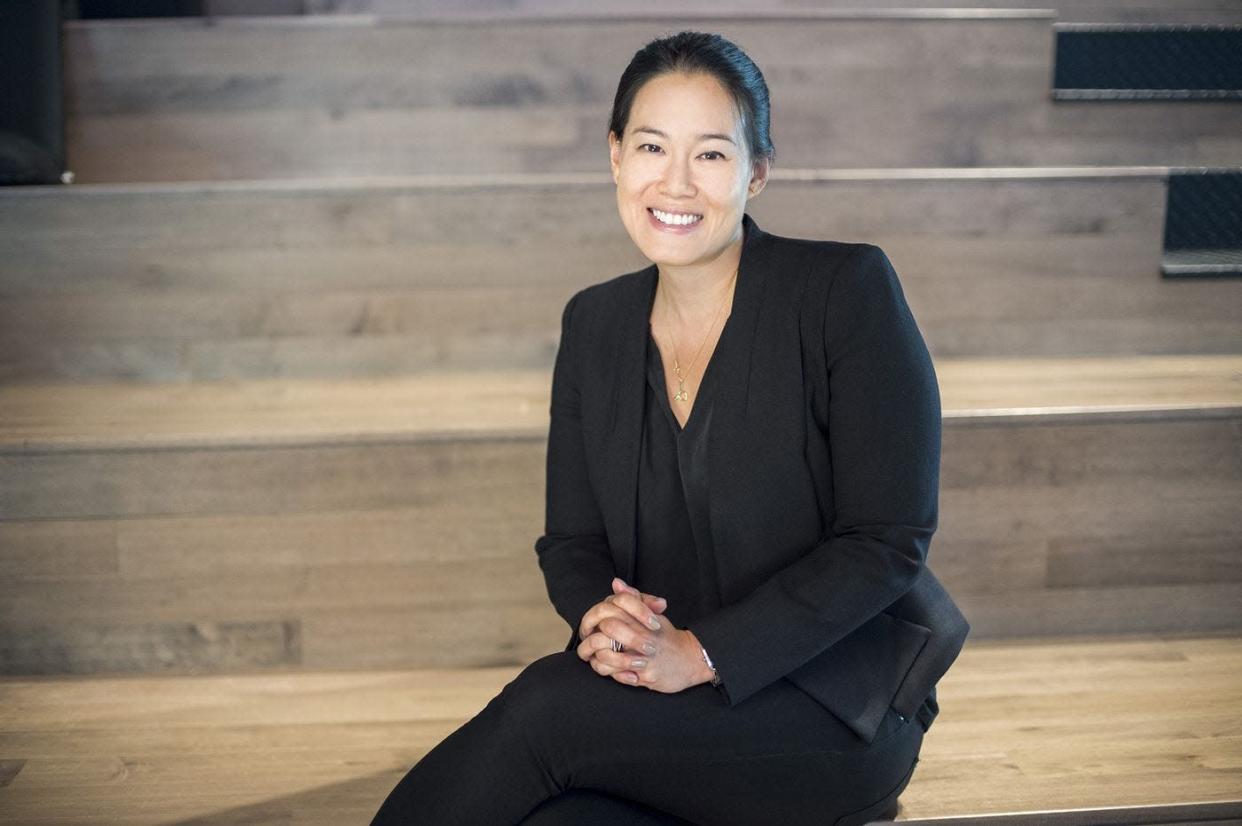 “The fact that there are so few Asian women CEOs makes it harder for other Asian women who are coming up to see what’s possible,” she said.

Soo said she hopes her strengths, a combination of personality and upbringing – work ethic, ambition, grit, directness – will shift preconceptions about Asian women as leaders and help more of them grasp the top rungs.

“There’s always this framing, ‘I got here despite being an Asian woman.’ And there are certainly elements of that. We could talk all day about that,” she said. “But I also feel that I got here because I am an Asian woman.”

This article originally appeared on USA TODAY: Asian women executives at top companies: Why so few make it to top