EXCLUSIVE: Sanctioned oligarch Alisher Usmanov begins laying off staff at his luxury mansions in London and Surrey in a sign he has quit the UK for good

Sanctioned oligarch Alisher Usmanov has begun laying off staff at his luxury mansions in Surrey and London in an apparent sign that he may have left the UK for good.

MailOnline has been told that gardeners and housekeepers are being made redundant by the billionaire associate of Russian president Vladimir Putin after years of loyal service.

Security teams including dog handlers have also been told that their jobs are on the line and have been advised to send out their CVs to look for other jobs.

The staff who are thought to number more than 20 people are all believed to be UK nationals, working either directly for Usmanov or for contracted companies.

All were based at his main home Beechwood House in Highgate, north London, or his 16th century Sutton Place estate which is the former home of American oil tycoon J Paul Getty near Woking, Surrey. 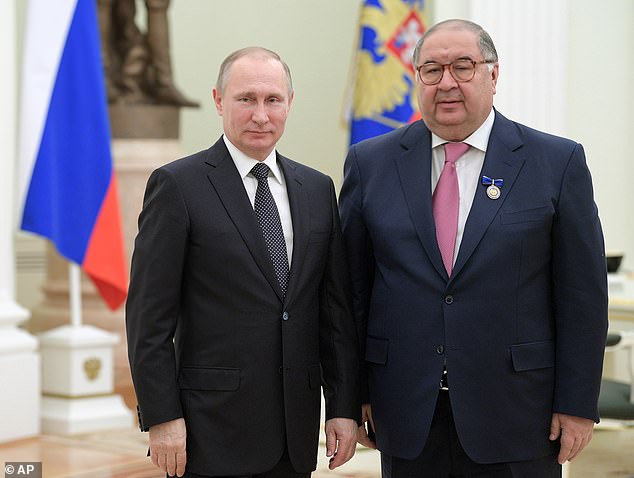 Alisher Usmanov, the billionaire associate of Vladimir Putin, has told his gardeners and housekeepers they have been made redundant at his luxury mansions in Surrey and London

Usmanov, 68, and fellow leading oligarch Igor Shuvalov were told they faced a full asset freeze and travel ban over their ‘close links to the Kremlin’.

Foreign Secretary Liz Truss said the pair were being sanctioned to make it clear to Putin that his war in Ukraine would have ‘serious and crippling economic consequences’.

Usmanov who is worth a reported £14billion is said to be a close ally and business fixer for Putin and has spoken in the past of his pride at his friendship with the Russian leader.

A member of Usmanov’s staff said: ‘All cleaning staff and gardeners have been let go.

‘Obviously they’re distraught as they’ve no longer got jobs, but they did see it coming.

‘The staff have just been told they’re no longer needed. The security staff have been told to sort out their CVs and look for somewhere else.’ 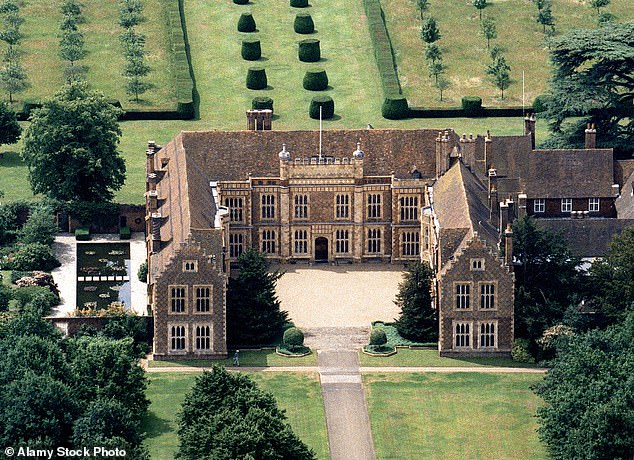 Another source said: ‘All these people have given years of loyal service to Usmanov and his family, and have enabled him to leave a pampered and protected life in the UK.

‘Now they are being cast aside. It is a blow for them. They are just ordinary people who happened to work for an oligarch and now they are paying the price.

‘I know the Government is trying to hit oligarchs in their pockets. But these people have now become innocent victims of that policy.’

MailOnline revealed last week that Usmanov had been seeking to sell Beechwood House before the war started in an apparent to offload assets as the threat of sanctions loomed.

A source also told MailOnline that extensive building work to install a state-of-the-art air conditioning system in Grade One listed Sutton Place had ground to a halt this week.

A team of around 20 builders and contractors who have been at the house for around five months have been told to stay away for at least two weeks. 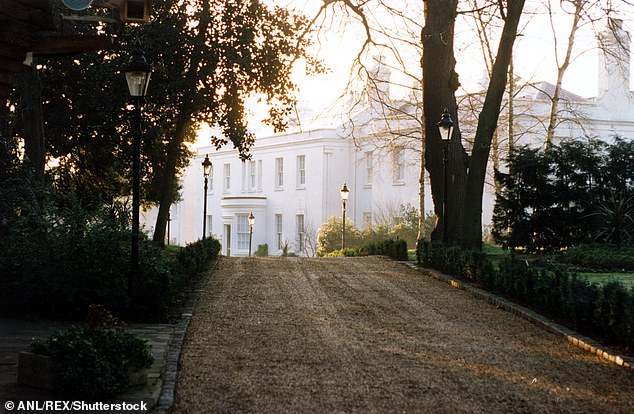 It is believed that all have been promised that they will be paid money owed to them, although they are still waiting to receive it.

The source said: ‘Sutton Place is very opulent inside, but there are cameras and eyes everywhere.

‘There is a lot of original panelling and features, and some very expensive furniture. You can tell from the quality of the stitching on the tailored sofas. It’s certainly not from DFS, put it that way. It’s quite obviously ridiculously expensive.

‘There is rarely any members of the family there. I heard that when some family members arrived recently, it was treated like a Royal visit. The builders were all kept out of their way.

‘Despite the house being largely unoccupied, it still had a large team of gardeners and housekeepers before this week. You saw them dancing around with vacuum cleaners all day long.’

MailOnline revealed on Saturday that Usmanov was believed to have fled from Germany to his palace in his native Uzbekistan. 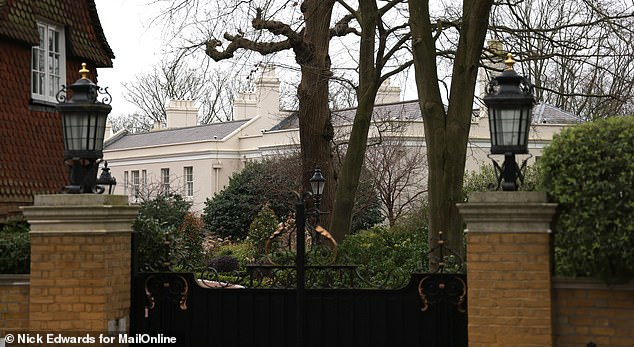 Flight tracker records reveal that his personal Airbus A340-300 flew on Monday night from Munich International Airport to Tashkent, the capital of impoverished Uzbekistan.

Russian sources suggest that Usmanov has a palace in Tashkent where he can relax, knowing that it is a home which can never be seized by western Governments.

The house had been put on the market the previous year by the Emir of Qatar for £65million – making it London’s most expensive property at the time.

The purchase was shrouded in secrecy with only one published picture of the estate being released. One property expert commenting at the time, said: ‘It’s magnificent.’ 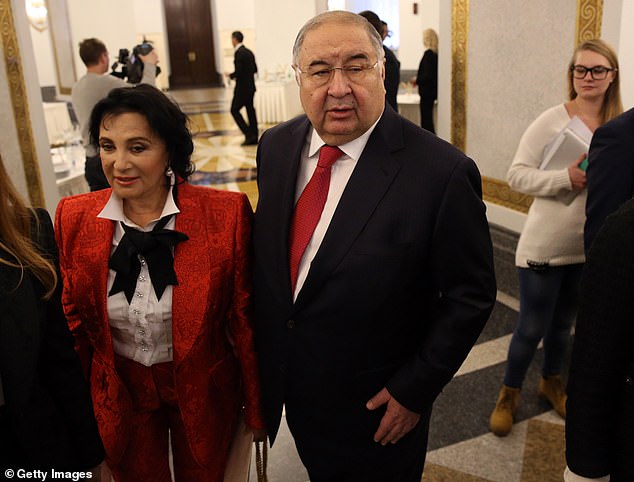 Land Registry records show that the Regency-style mansion which was built in 1840 has been owned since March 2008 by an Isle of Man registered company called Hanley Limited.

Company records suggest the firm, registered in Douglas, was dissolved last October, shrouding the exact ownership of the eight bedroom house in mystery.

But one source suggested to MailOnline that the house was ultimately owned by Usmanov’s sister Gulbakhor Burkhanova who is known to staff working there as Madam G.

MailOnline told last week how it was believed that Usmanov had been trying to sell Beechwood House to a tycoon friend due to the threat of sanctions. It is uncertain whether the deal ever went through.

A planning application was filed in 2010 to build a ‘Roman-style bathing complex’ in the grounds of the property that would include a new indoor swimming pool, sauna, and gym.

The following year further redevelopment work was planned for a ‘super basement’ that would increase the size of the house by a third.

Usmanov – who made his fortune in mining and telecoms – was named in the Sunday Times Rich List last May as Britain’s sixth richest person.

He owned more than 30 per cent of Arsenal before selling up to current owner Stan Kroenke in 2018.

He then developed commercial links with Premier League club Everton through his firm USM, before his links were suspended last week.

The oligarch’s £437million 156-metre-long superyacht Dilbar was impounded by Germany days earlier at a yard in Hamburg after falling foul of EU sanctions.

She was there with Usmanov’s nephew Sarvar Ismailov, 26, a director of Everton FC until he resigned in November for ‘personal and health reasons’.

An assault case against Ismailov was dropped in December, ahead of a hearing at Westminster Magistrates’ Court.