Exclusive: The thin evidence against a jailed Venezuela opposition official

CARACAS (Reuters) – At about 2 a.m. on March 21, eight Venezuelan intelligence agents drove to the home of the top advisor to opposition leader Juan Guaido and broke down the door. 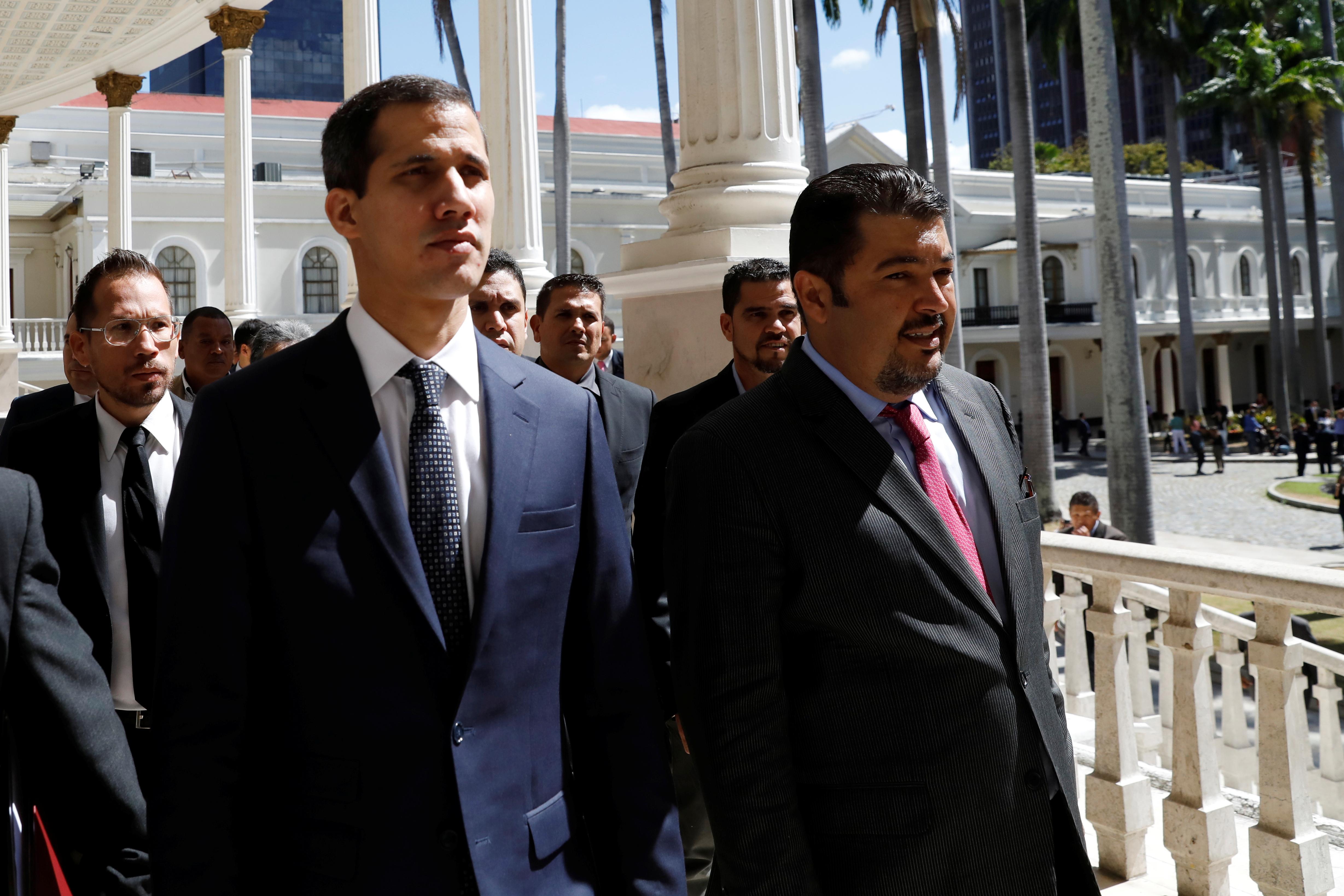 They searched the bedroom of their suspect – Guaido’s chief of staff, Roberto Marrero – finding two military-style rifles and a grenade, the agents said in sealed court records reviewed by Reuters and being made public for the first time.

The Sebin intelligence agency, controlled by embattled socialist President Nicolas Maduro, had detailed its evidence against Marrero in two reports that agents said they had compiled six days earlier, on March 15, the court records show. The reports accused Marrero of smuggling guns and explosives from Colombia and posting social media messages that prosecutors would later call treason.

But the reports contradict themselves in ways that suggest the social media evidence was cobbled together only after the raid – not six days before, as the agents and prosecutors attested in court records. And a judge granted the warrant to search for weapons based on the word of a single Sebin agent who never detailed any evidence of smuggling in the warrant application reviewed by Reuters.

One Sebin report includes a screen shot of a Google search on the terms “Roberto Marrero Instagram” that agents said was made at 8:37 a.m. on March 15 – but was in fact conducted at least six days later, as evidenced by the three news stories included in the search results that reported the agents’ March 21 raid of Marrero’s home.

Agents and prosecutors attested in court records that they had submitted that search – including the news stories on the raid – in a warrant application filed nearly a week before the raid ever happened.

The warrant application, dated March 15, was approved by Judge Carol Padilla on March 20. In April, Padilla was sanctioned by the U.S. Treasury’s Office of Foreign Assets Control “for carrying out justice on behalf of this illegitimate regime” – a reference to Maduro’s government – while presiding over a Caracas court that handles terrorism and organized crime cases.

Venezuela’s Supreme Court did not respond to phone calls seeking comment from Padilla.

The vague and contradictory evidence against Marrero casts doubt on the case against a key opposition official whose arrest kicked off a wider crackdown by the Maduro government on Guaido’s closest allies. The United States has called for Marrero’s release, describing him as one of 800 political prisoners in Venezuela.

Marrero’s lawyer, Joel Garcia, says his client denies all the charges. Garcia alleged, without providing proof, that the agents planted the weapons in Marrero’s home.

Garcia said the court had not allowed him to review the case file, including the Sebin reports, in violation of Venezuela law. Shown the files by Reuters, Garcia said: “It’s evident that the case file was put together after his arrest and not before.”

Guaido, head of the National Assembly, in January said Maduro’s re-election last year had been a sham and invoked the constitution to declare himself interim president. Marrero served as Guaido’s chief of staff in the assembly. Most western nations have recognized Guaido as Venezuela’s rightful leader but Maduro retains control of the country’s major institutions – most notably its military and law enforcement agencies.

Another web search Sebin agents cited in the March 15 report includes a video that Marrero didn’t post on Instagram until March 18, according to the date indicated on the social media platform. The video depicts Carlos Vecchio, Guaido’s representative in Washington, taking down a portrait of Maduro at the Venezuelan military attache’s office in the U.S. capital.

The weapons smuggling allegation came from Sebin agent Noel Farreras, who said in the report, without citing evidence, that Marrero had illegally transported “rifles and explosive material” from Colombia. The report did not detail when or where the alleged crossing took place.

Reuters was unable to reach a spokesperson for the Sebin or to contact Farreras. The Vice-Presidency’s Office, which oversees the Sebin, and the state prosecutor’s office did not respond to written questions from Reuters about the investigation. A spokesperson for Colombia’s Defense Ministry declined to comment on the allegation of weapon smuggling.

Marrero, 49, remains detained at the Sebin’s Caracas headquarters awaiting a preliminary hearing, his lawyer said. Prosecutors have charged him with treason, conspiracy, and concealing arms and explosives. A conviction could mean up to 30 years in prison.

Two kilometers before reaching Marrero’s home, the agents said in their report, they stopped at a hot dog stand in the Las Mercedes nightlife district and picked up two people to observe their raid – an attempt to meet a legal requirement that such searches be witnessed by two “neighbors” of the suspect.

Several lawyers and legal experts said the requirement is understood to mean people living in the immediate vicinity of the address raided, normally on the same block.

Both witnesses, according to the Sebin report, reported no irregularities and said the agents carried out the raid “respectfully and professionally.” The Sebin withheld the witnesses’ names from the report.

After breaking down the door of Marrero’s apartment, agents found two rifles and a grenade in his bedroom, along with $2,406 and 1,360 euros in cash and several mobile phones, according to the Sebin report.

The Maduro government followed Marrero’s arrest by detaining more than a dozen other Guaido supporters.

On May 8, the Sebin arrested Guaido’s deputy in the National Assembly, Edgar Zambrano, by using a tow truck to drag him to a detention center while inside his vehicle. The Supreme Court has accused Zambrano and 13 other opposition lawmakers of crimes including treason and conspiracy, prompting most to flee abroad or take refuge in friendly foreign embassies in Caracas.

A lawyer for Zambrano denied he committed a crime and said his detention violates his parliamentary immunity.

Venezuelan officials have not publicly commented on the opposition’s allegations that Marrero was arbitrarily detained. Following the arrest of other opposition figures, officials have said the justice system is prosecuting criminals attempting to violently oust Maduro.

Garcia said his client had been in Colombia in February to help coordinate efforts to send foreign aid across the border, not to smuggle weapons.

Sebin agents analyzed six posts by Marrero in February and March in its report to prosecutors, who later wrote to the court that his calls for “humanitarian aid,” backed by the United States and Colombia, amounted to treason because he didn’t have authorization.

At the time, Maduro denied there was any humanitarian crisis and ordered soldiers at border points to block the entry of trucks carrying food and medicine. He has since allowed the Red Cross to send aid shipments to the country. 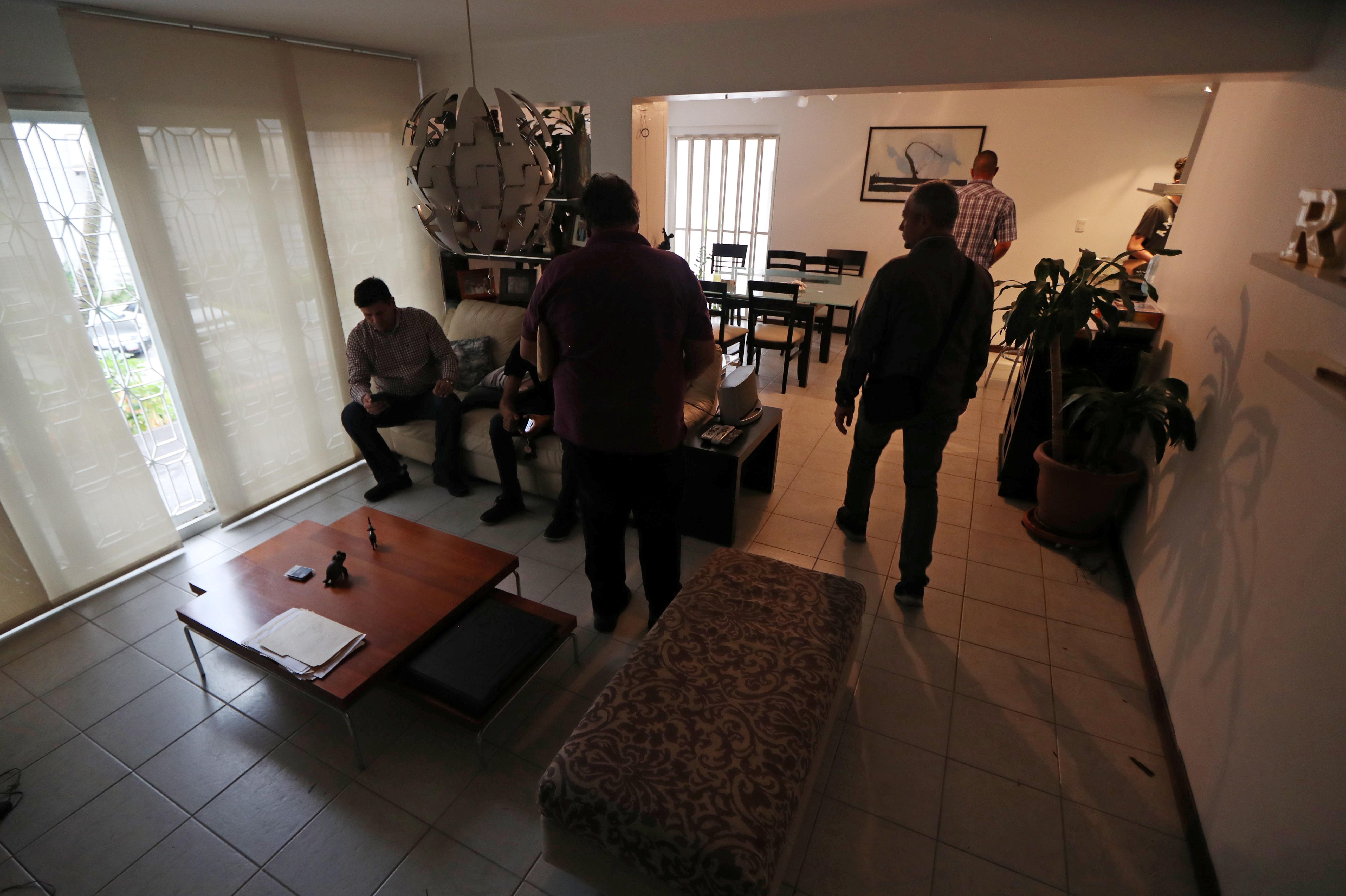 Three of the six Marrero posts cited by intelligence agents were reposts of Guaido comments, including one from Feb. 16 urging soldiers to ignore Maduro’s orders to block aid shipments: “To every member of the Armed Forces, we say it’s in your hands to fight together with the people, who suffer the same hardship as you.”

In another post cited by the Sebin, on March 5, Marrero posted a photo of a man holding a sign that says: “It’s awful when your son tells you I’m hungry and you have nothing to give him.”

In his own words, Marrero added: “Today the workers demonstrate that they are willing to fight for their rights and advance towards the recovery of democracy and freedom. May God bless them!”