Brett Kavanaugh’s tumultuous Supreme Court confirmation process has prompted new scrutiny of the Senate’s role in approving nominees to be on the nation’s highest court.

And now that process seems headed toward its final steps with Senate Majority Leader Mitch McConnell moving to invoke cloture – or end debate — on Kavanaugh’s nomination.

The vote, set for Friday, will mark the beginning of the end to one of the most contentious nomination battles in recent memory.

Here’s an explanation of the standard nomination process and how Kavanaugh’s fared.

How a position opens up

The ever-evolving makeup of the country’s highest court stems from the lifetime nature of the position.

Once a justice dies, retires, or resigns, the sitting president has the constitutional power to nominate a replacement.

Voluntary retirement has been the most common way justices leave the Supreme Court, according to a report from the Congressional Research Service (CRS). That’s been the case for 20 of the 24 departures since 1954.

Only two of the remaining vacancies during that same time period, since 1954, were a result of a justice dying while in office, the Congressional Research Service reports.

It was more common for justices to die while in office in the half century before, however, as 14 of the 34 vacancies that came between 1900 and 1950 fell in that category. And there was a stretch from 1946 to 1954 where the five justices who left the bench all died while in office, the CRS reports.

One other, very rare departure method, is impeachment. Congress can remove a Supreme Court justice through impeachment, and much like a presidential impeachment, a justice would both have to be impeached and then be convicted in a Senate trial before being removed. In the history of the court, there has only been one justice, Samuel Chase, who was impeached, back in 1804, but the Senate acquitted him so he didn’t leave the court, according to the CRS.

In the current case, Associate Justice Anthony Kennedy announced his retirement from the court in June 2018, after 30 years on the bench. That enabled President Donald Trump to make his second Supreme Court nomination following his pick of Neil Gorsuch to fill the seat of Justice Antonin Scalia after his unexpected death. Gorsuch was approved in April 2017. 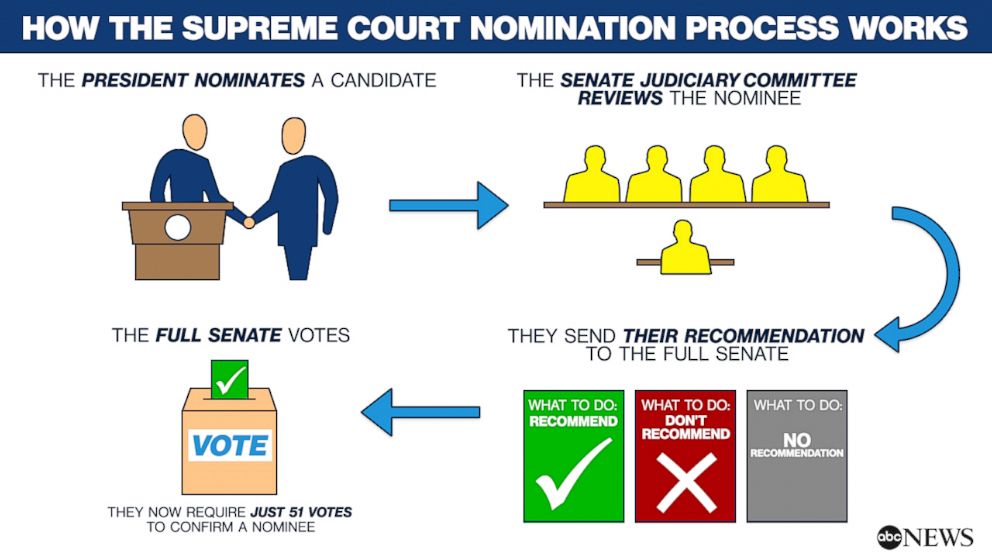 Trump announced on July 9, 2018, that he picked Kavanaugh as his pick to fill Kennedy’s seat.

Kavanaugh then spent much of the next nearly two months meeting with senators and collecting documents and records in preparation for the upcoming hearings.

The Senate is constitutionally empowered to “advise and consent” on Supreme Court picks. That starts with the Senate Judiciary Committee holding hearings on the nominees.

When the hearings are done, the committee holds a vote to recommend to the full Senate whether the nominee should be confirmed, rejected, or, in some cases, to make no recommendation.

In the case of Kavanaugh, the committee vote was in Kavanaugh’s favor but with the caveat that additional FBI investigation be done over one week into an allegation he committed sexual assault in high school, which he has denied.

The full Senate debate, cloture and the final vote 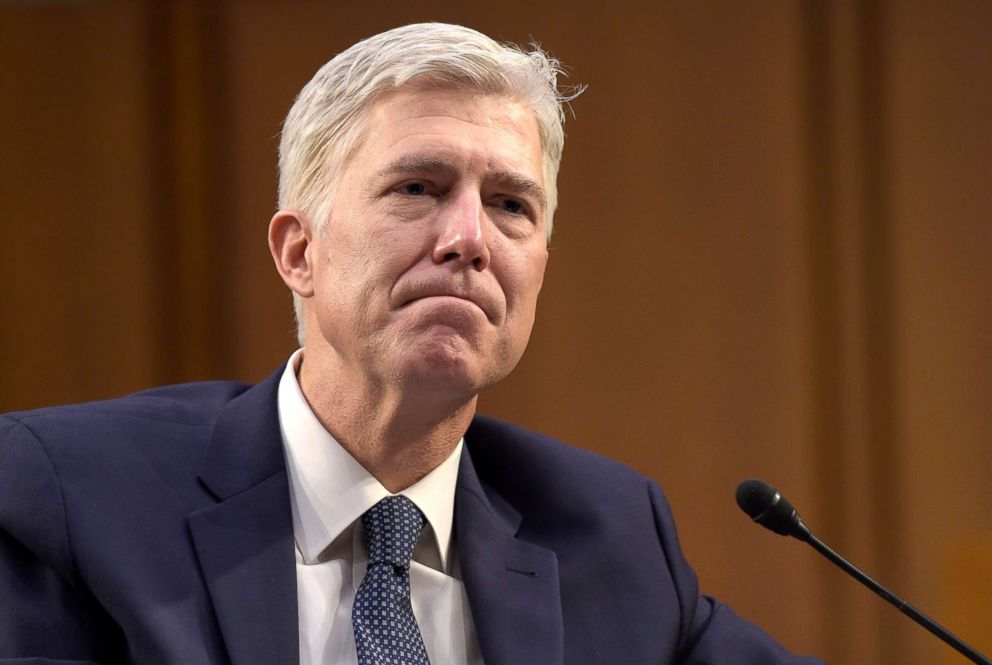 In normal scenarios after the committee vote, the full Senate holds its own debate on the nominee before voting.

Senate debate is unlimited unless ended by cloture, which calls for the end of discussion on a certain topic. The motion has to be put forward by a group of 16 senators and then must be passed by the full Senate before going into effect.

In Kavanaugh’s case, McConnell called for a cloture on Wednesday Oct. 3 and that means that the vote on the cloture motion can be held Friday Oct. 5.

By putting a cap on the amount of debate time remaining, McConnell is effectively trying to prevent Democrats from filibustering a final vote, or talking endlessly in an effort to delay any vote and possibly kill the nomination. 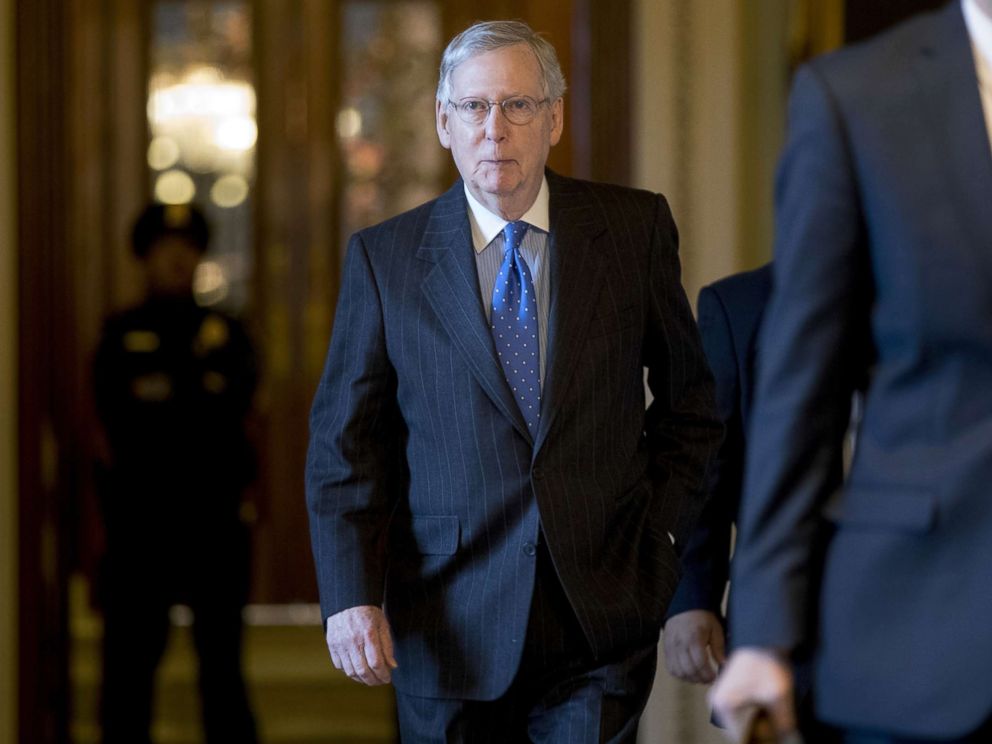 Traditionally, three-fifths of the Senate — or 60 senators — had to vote for a cloture motion in order to move to a final vote on a Supreme Court nominee.

That said, the Senate changed the rule in April 2017 by lowering the threshold to 51 votes to move forward and for final approval. Republicans triggered the new lower threshold, known as the “nuclear option,” to eventually get Gorsuch confirmed.

The reason why McConnell did so then was that Republicans would not have had enough votes to secure his nomination if the 60-vote requirement were in place. So, instead, he got Gorsuch confirmed 54 – 45 on April 7, 2017.

The vice president can break any tie vote given his role as the president of the Senate.