An explosion rocked Sri Lanka as police opened fire on a group of men during a raid on suspected terrorists.

The shooting erupted between security forces and a group of men in the east of the country during a search and cordon operation related to the Easter Sunday attacks, a military spokesman said.

The raid took place in the town of Ampara Sainthamaruthu near Batticaloa. 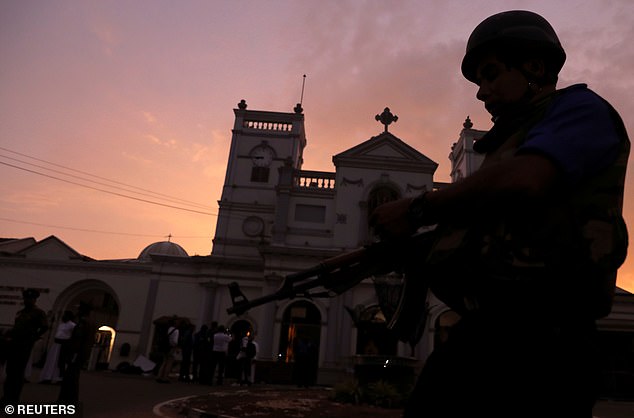 A security officer stands guard outside St. Anthony’s Shrine on Friday after the Easter Sunday bombings

The spokesman said there was an explosion in the area and when soldiers went to investigate they were fired upon. No details of casualties were immediately available.

Since the suicide bombings on churches and hotels in which more than 250 people were killed, police have been conducting raids across the country to find more details about the perpetrators and their supporters. Islamic State has claimed responsibility.