EXTINCTION Rebellion protesters have sparked chaos in the capital today as the eco-warriors unleash two weeks of disruption. 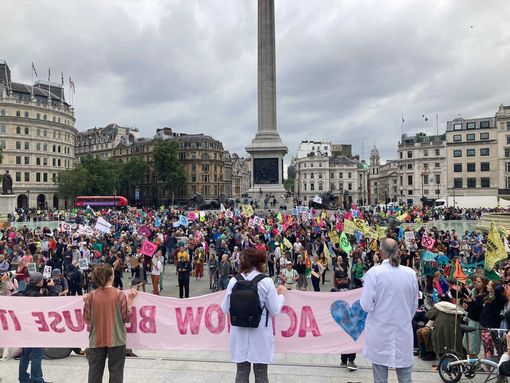 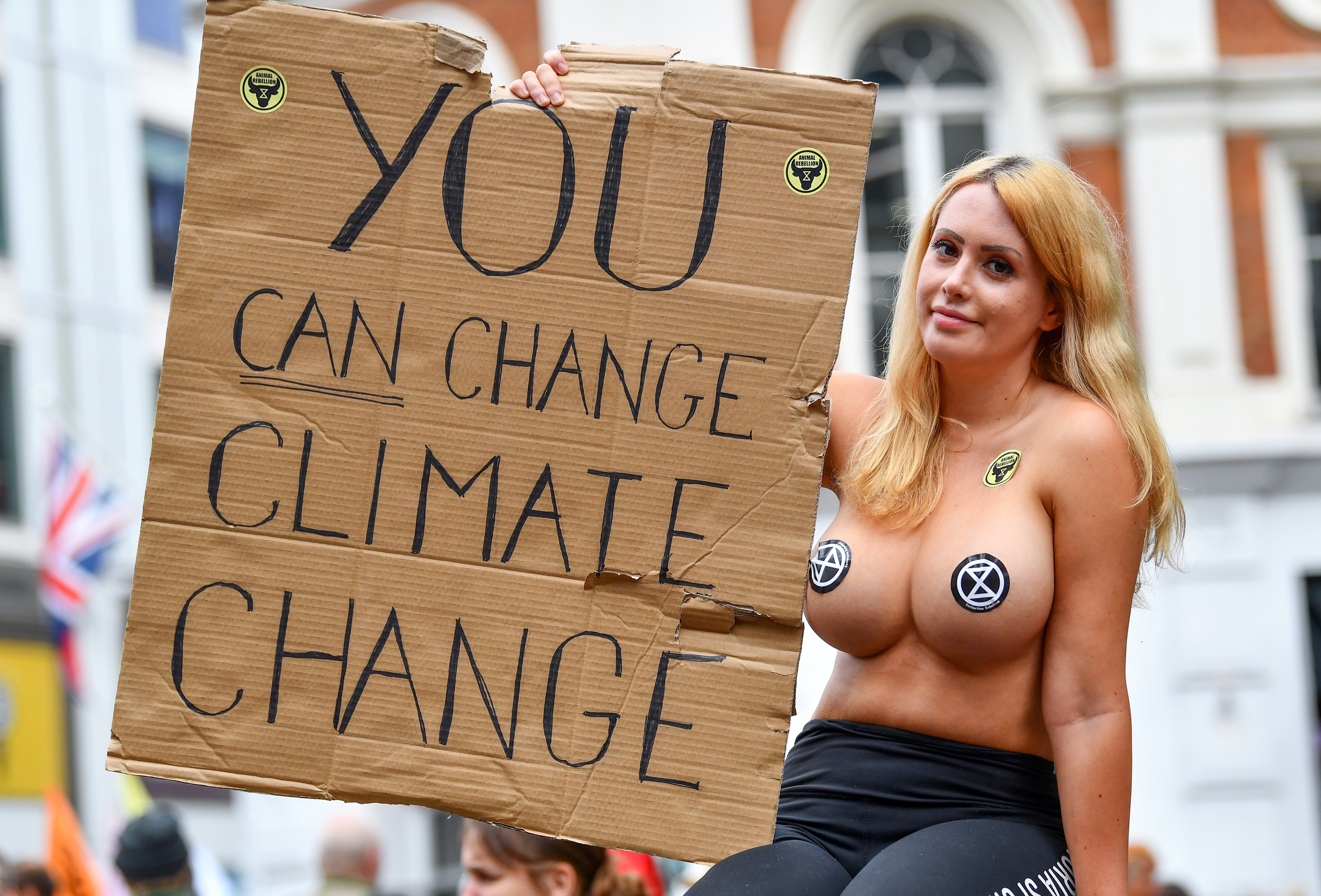 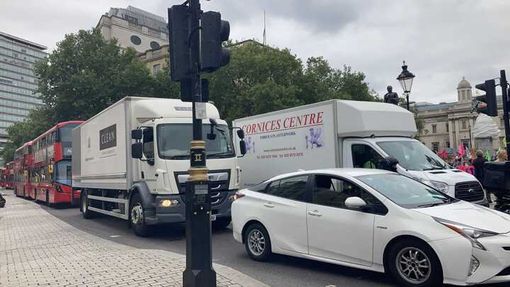 The group are demanding the Government stop investing in fossil fuels as part of their "beautiful, creative rebellion".

Police have predicted the protests will cause "cause significant disruption to London" and will pull cops away from tackling bloody crime in the capital.

Depictions of notable people were the target of vandalism and graffiti during last Summer's Black Lives Matter demonstrations.

Campaigners held placards with messages including "code red, where's the action" while four people were dressed as the sea in a warning over rising sea levels.

? Read our Extinction Rebellion live blog for the latest updates

Met Police warned that roads around Westminster were blocked off completely with an "unspecified structure".

During XR's 2019 protest – which lasted for 11 days – a giant pink boat cut off access to Oxford Circus.

The Extinction Rebellion movement has gained support from celebrities, including such as comedian and author Stephen Fry and actor Jerome Flynn.

In a video shared on Twitter, Fry praised the group for attempting to "make politicians really recalibrate, realign, revolutionise politics" through their "mucky" and "disruptive" demonstrations.

Flynn attended a protest on Sunday evening in which three activists scaled the entrance of the Guildhall building in central London.

A crowd of about 200 people gathered as the trio sprayed red spray paint over the walls of the building and unfurled a banner reading "co-liberation freedom together".

The Game Of Thrones actor said it was "more urgent than ever" for people to take a stand together.

"We've gotten used to certain systems that are life destructive, we created them, we've become addicted to them and we know the world is burning as a result," he said.

The Metropolitan Police said a total of nine people had been arrested on Sunday in connection with the activities.

Extinction Rebellion vowed to return to the streets earlier this month following a string of victories in court which saw activists successfully appeal convictions for previous stunts.

Their latest protest comes after a major science review by the UN's Intergovernmental Panel on Climate Change confirmed that human activity such as burning fossil fuels was unequivocally driving the climate crisis, with impacts such as deadly heatwaves, floods and storms already being felt.

In November the UK will host the international Cop26 summit where the pressure will be on world leaders to increase action to urgently cut greenhouse gases and avoid even more dangerous global warming. 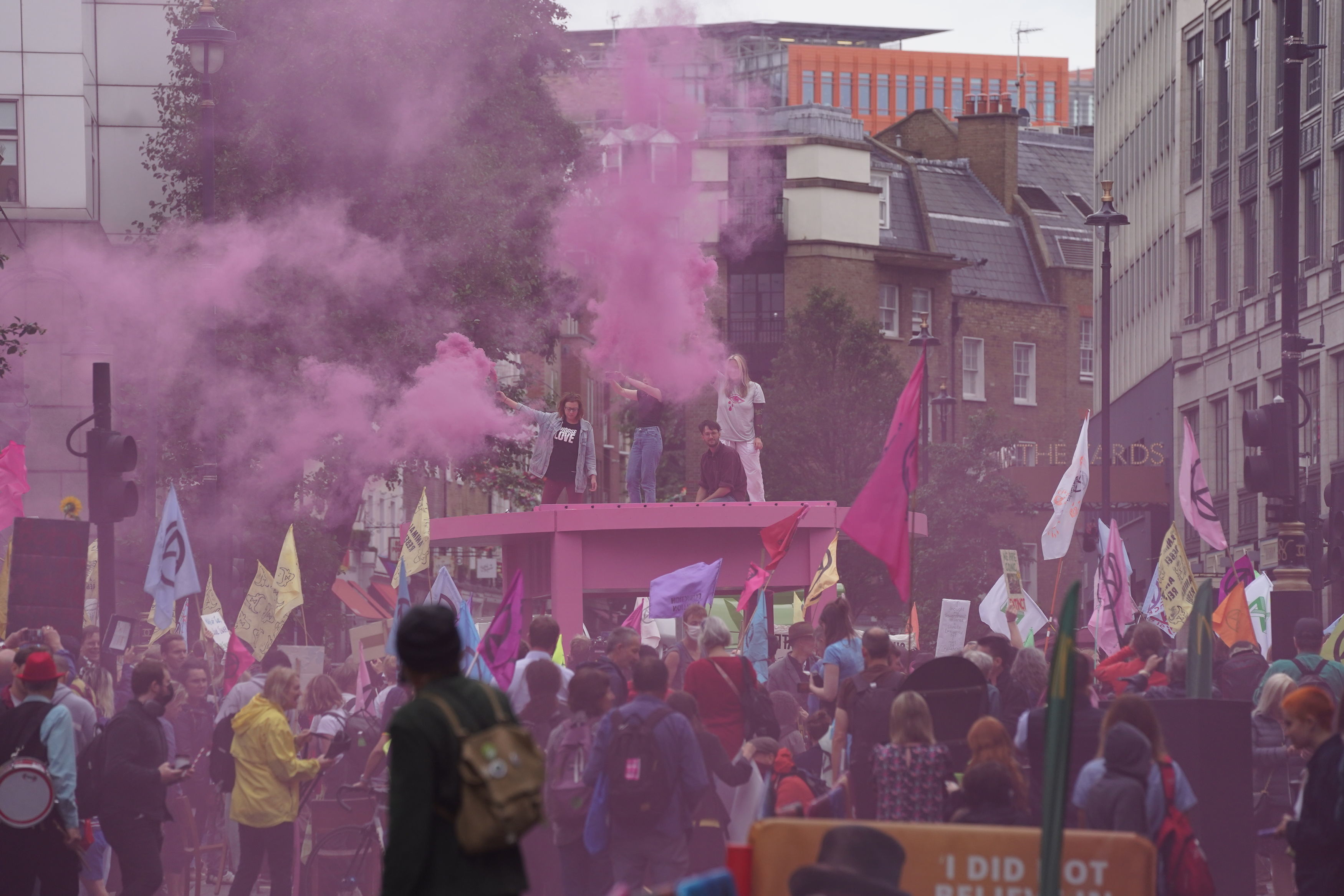 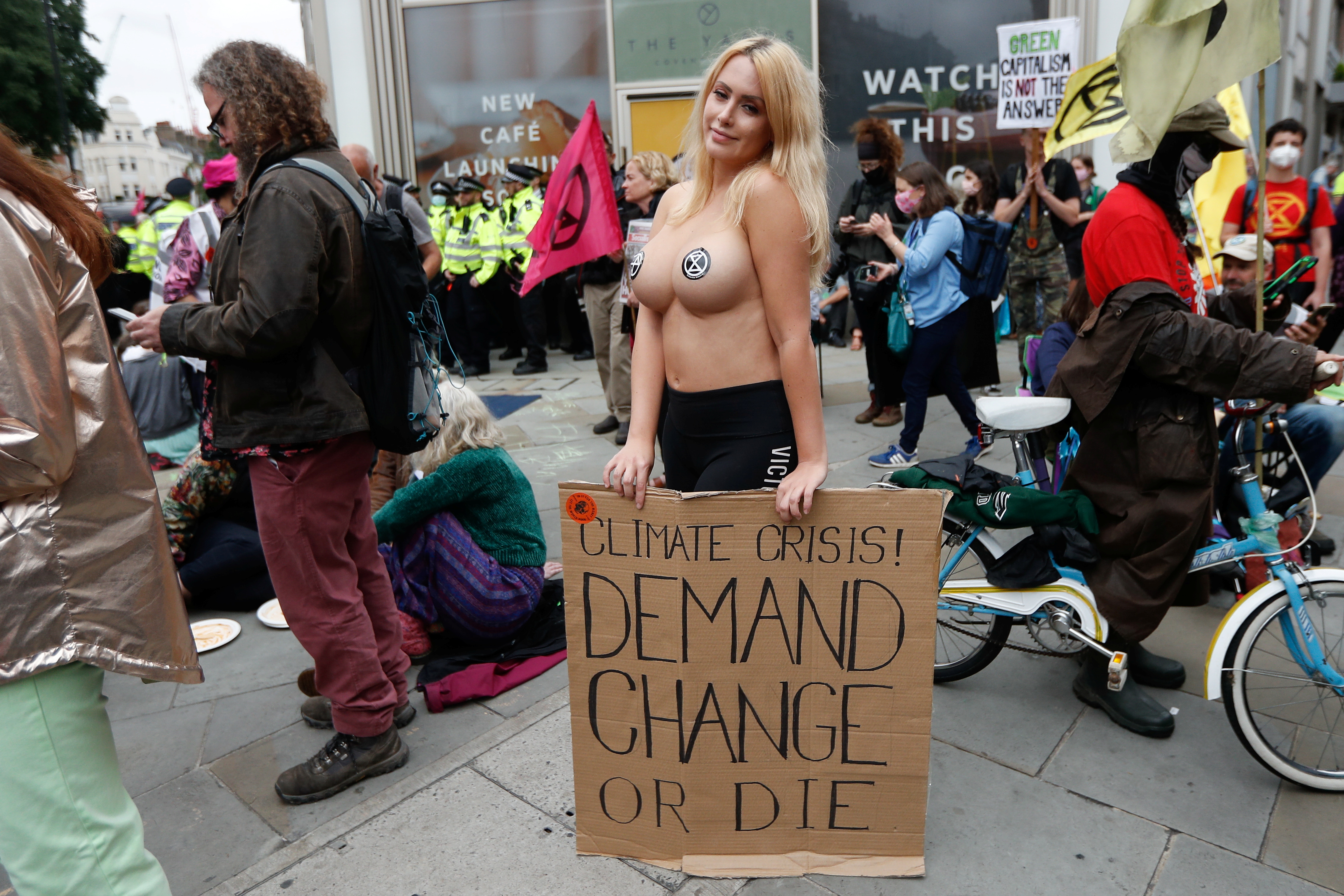 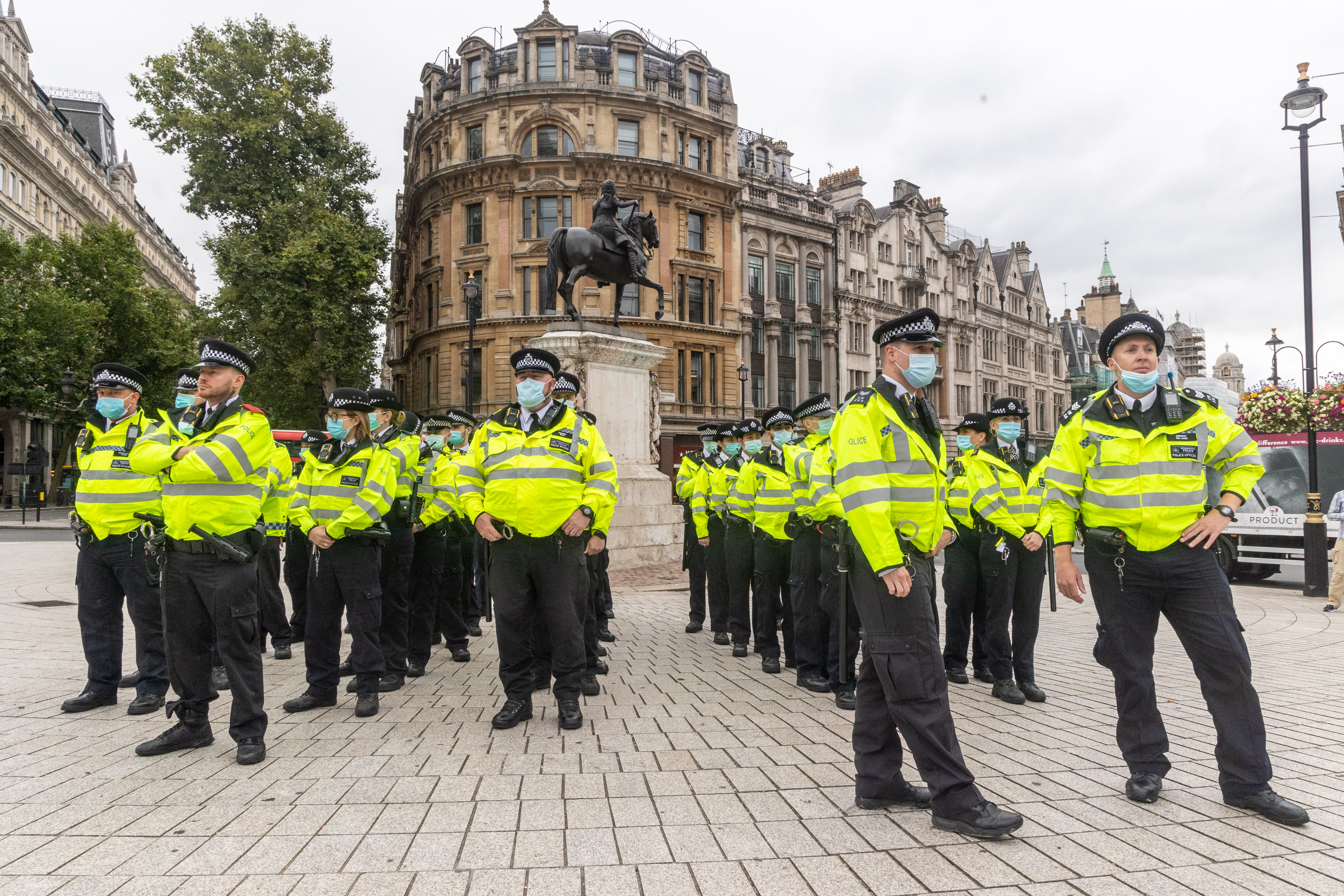 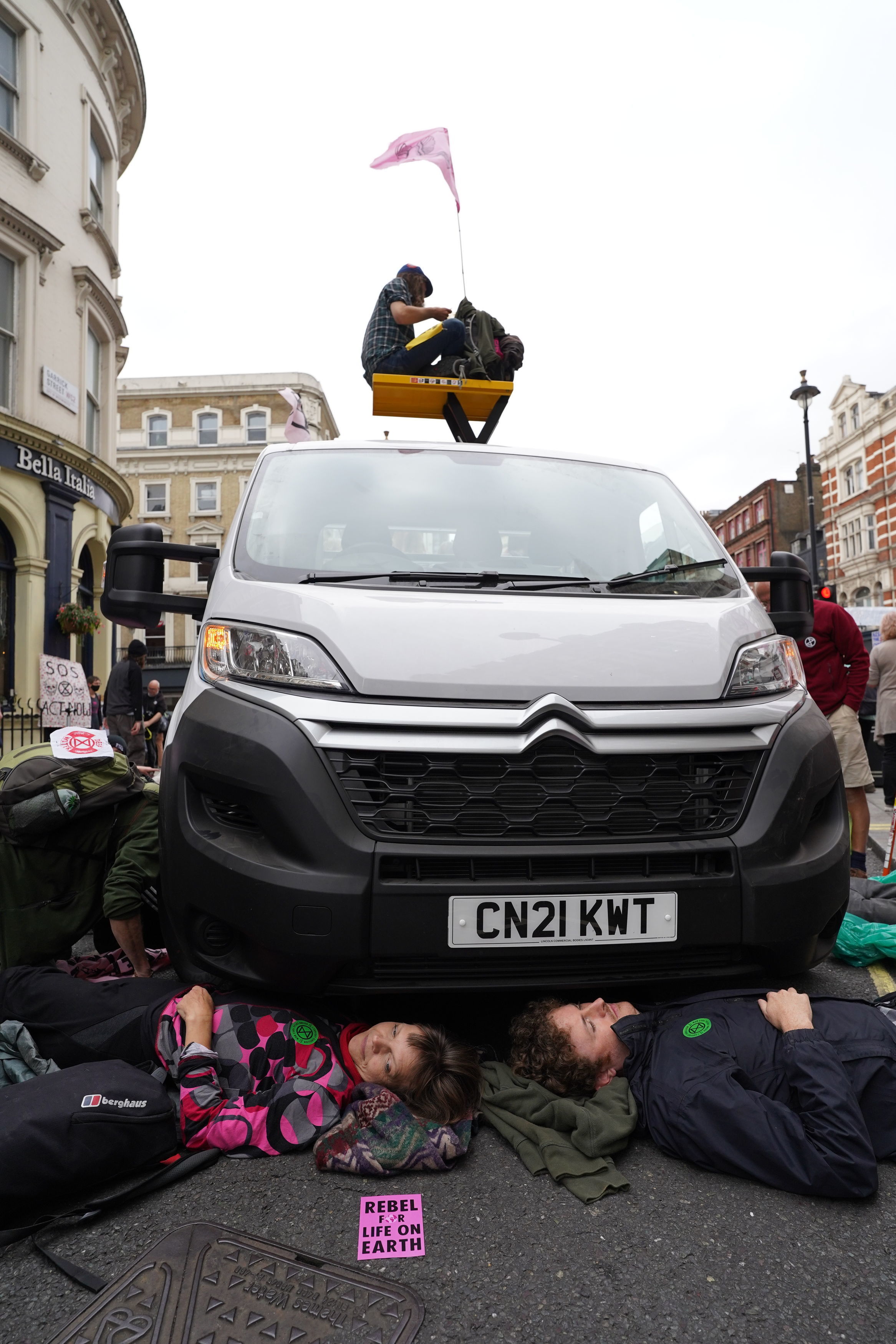 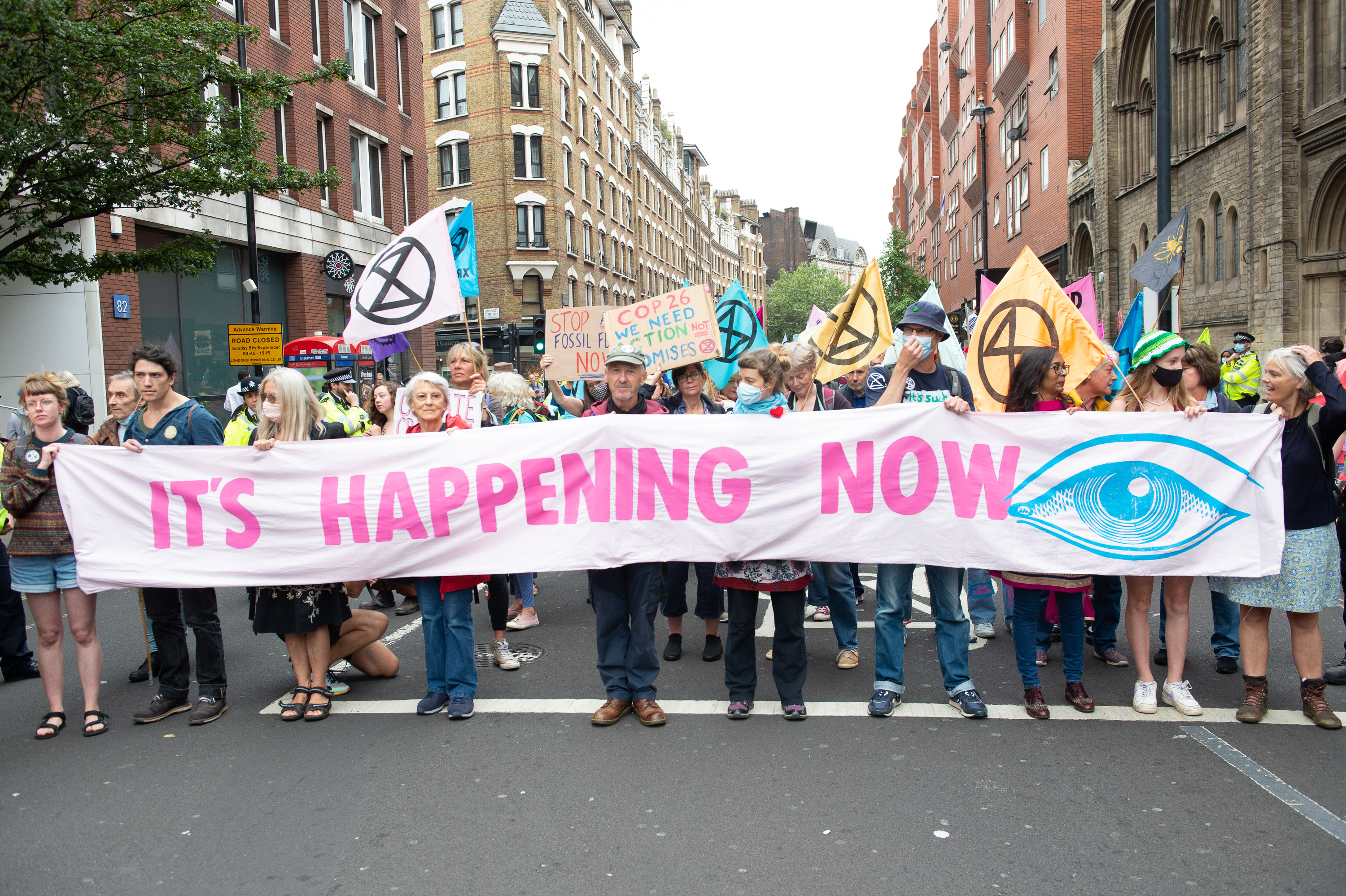 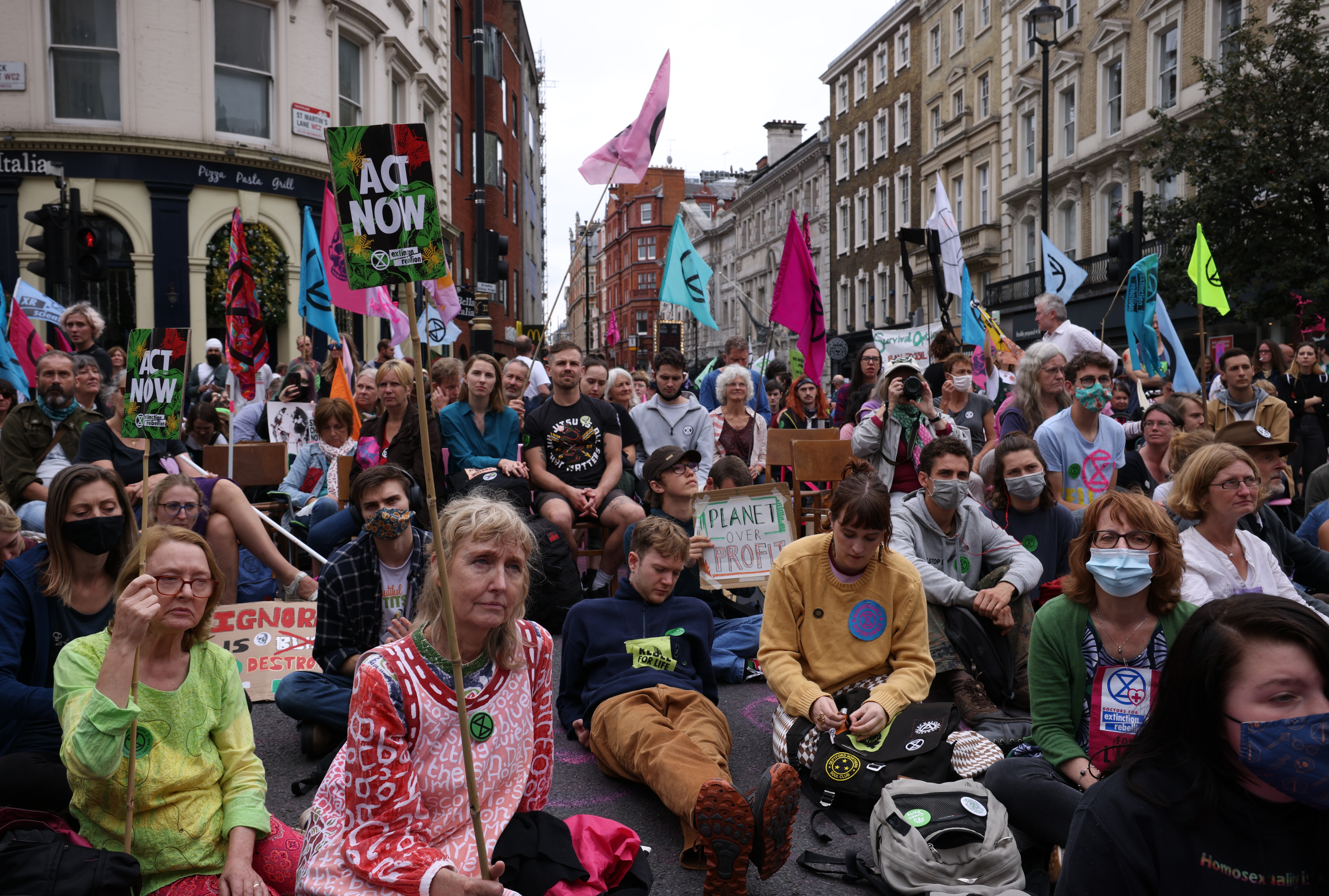 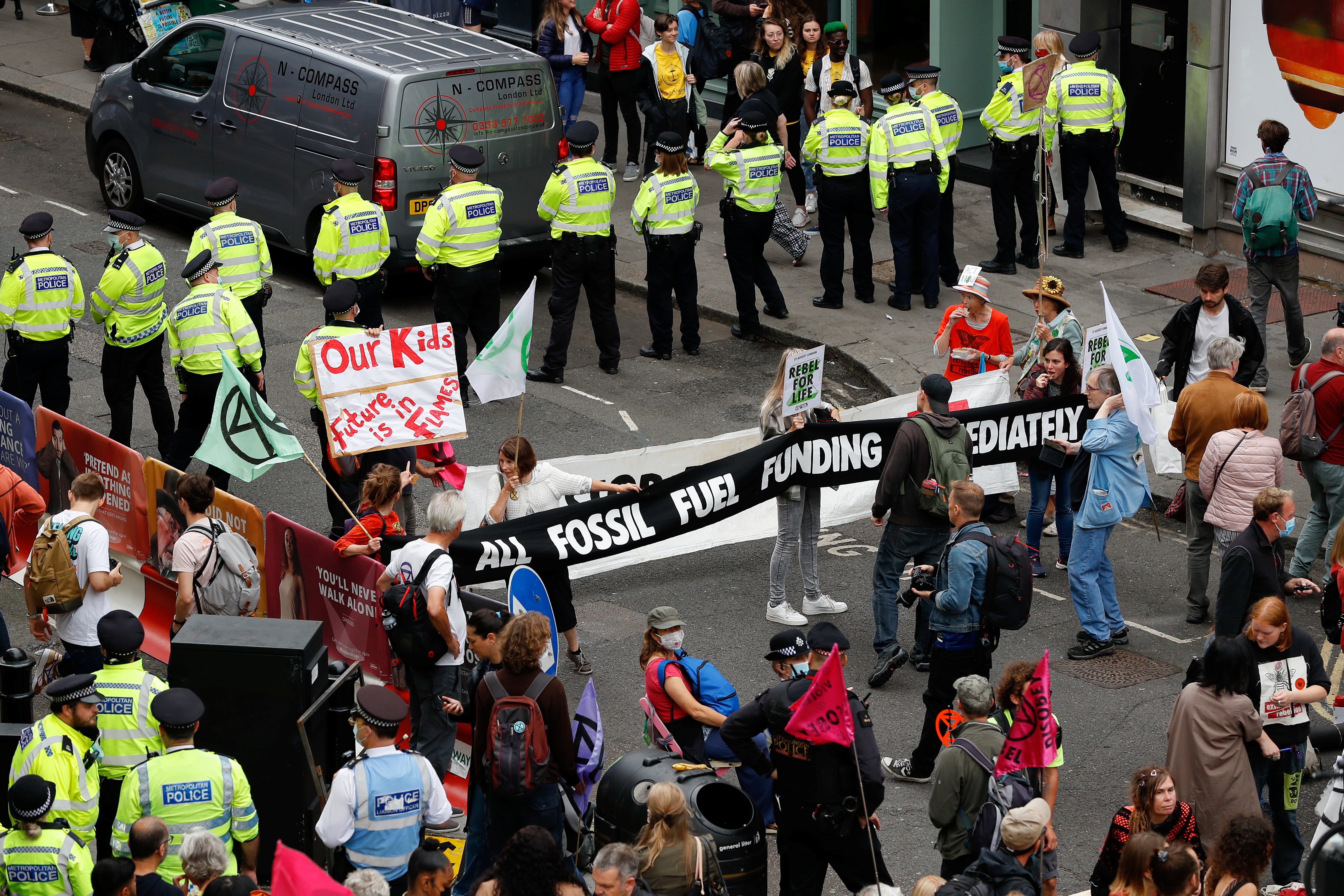 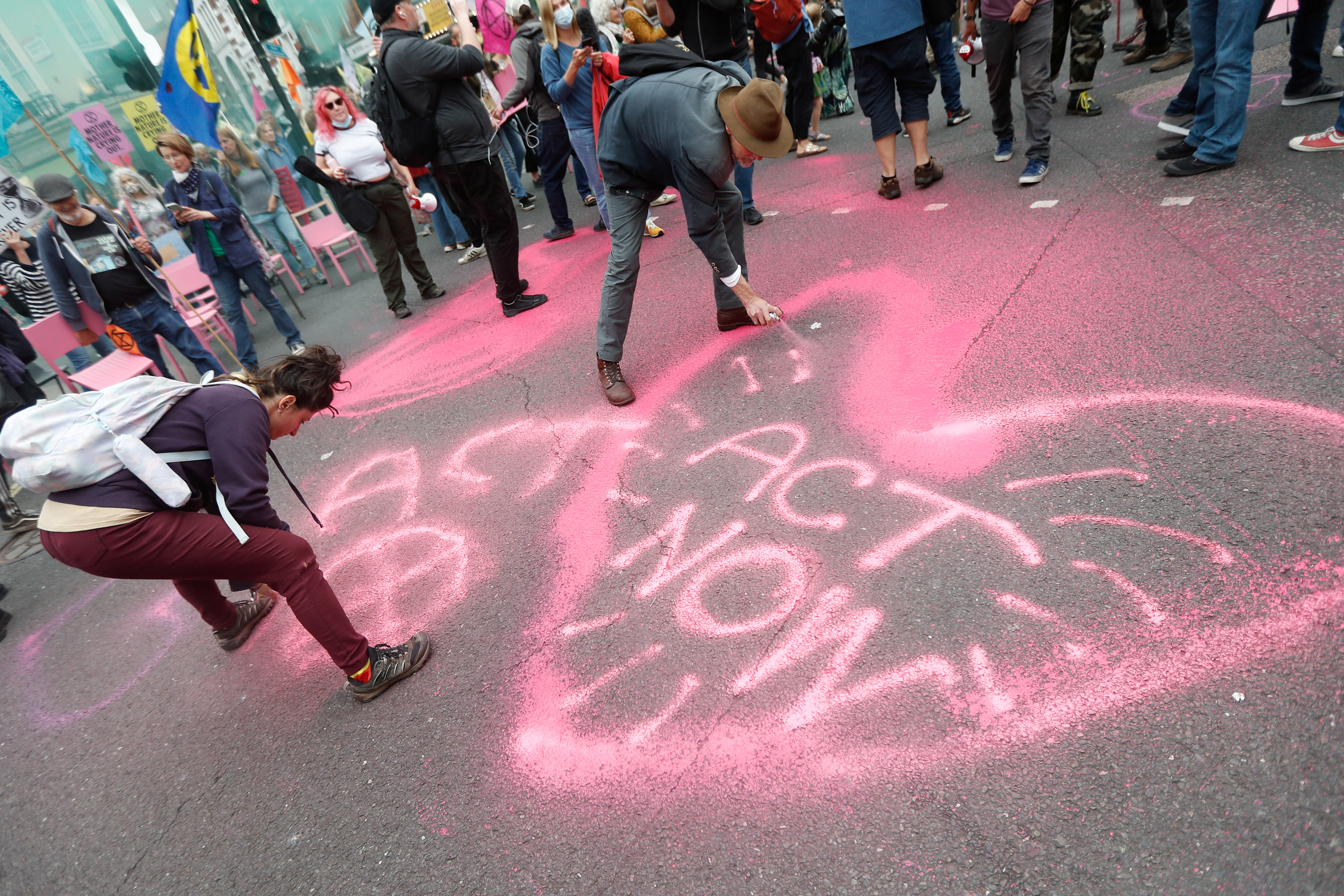