Facebook critic MP David Lammy got £2,870 from it for a speech

The Shadow Secretary of State for Justice, 49, railed against the Mark Zuckerburg-owned company in a weekend boycott of all platforms in April.

And on Friday he endorsed online an article claiming the government had been hypocritical about racism and needed to tackle social media harder.

But he was today accused of ‘lacking credibility’ after a MailOnline audit of MPs register of members interests showed he was being paid by Facebook.

It showed Mr Lammy received £2,870 from the company for speaking at an event on May 22.

Today both his local constituency and Parliament offices refused to explain exactly what the speech entailed. Mr Lammy asked for the enquiry to be texted to him when he spoke briefly on the phone but has not replied.

There was also no trace of any mention of it on Mr Lammy’s own social media platforms, where he is a prolific poster.

Conservative MP Alec Shelbrooke told MailOnline: ‘It just seems to be another example of do as I say, not as I do. 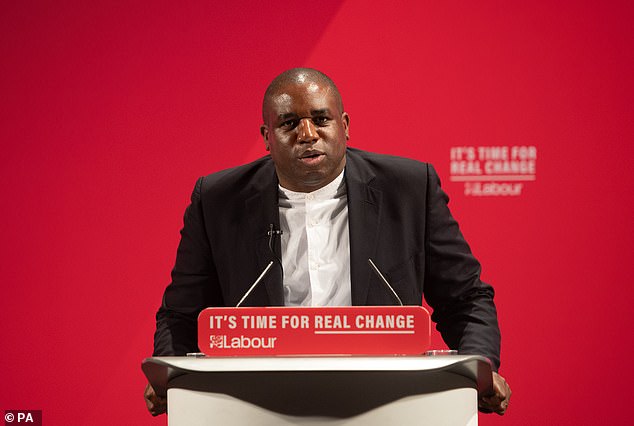 Labour MP and campaigner David Lammy, 49, is the Shadow Secretary of State for Justice 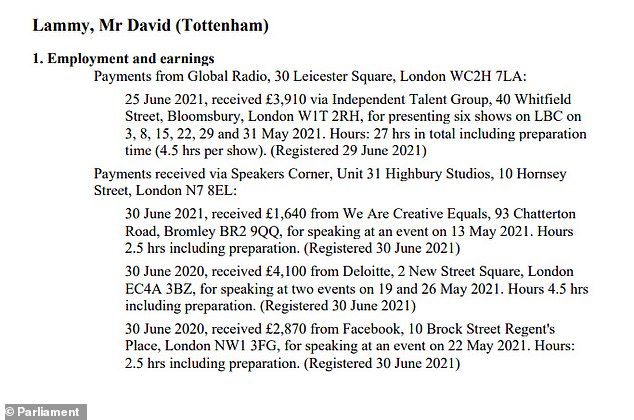 ‘My question would be what credibility do you have if you do something like this?

‘How can you make a credible argument against social media if you take nearly £3,000 from it?

‘I think in these circumstances if you take a platform to speak against an organisation, you can’t go and then take money from it.’

The money came via the Highbury-based Speakers Corner, a bureau which represents famous figures and hires them out for functions and panels.

Documents suggested Mr Lammy had been paid the money on June 30 last year.

It seems the engagement may have been postponed by the pandemic as the papers state the event happened on May 22, 2021. 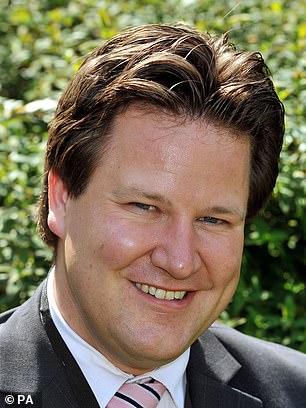 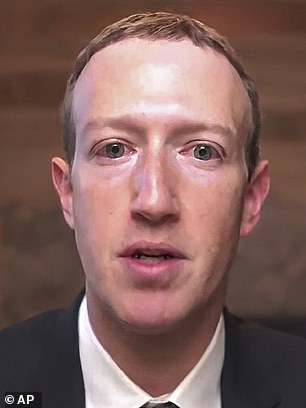 The sum – which is more than most people’s monthly salaries – was for two-and-a-half hours’ work.

Less than a month ago Speakers Corner had proudly posted a testimonial from a customer that had used Mr Lammy.

It said after the glowing reference from ‘Trainline.com Limited’: ‘Always delighted when we receive great feedback from our clients, especially when empowered by incredible speakers like David Lammy.

‘To learn more about David, one of the leading agenda setters in the fields of social activism and diversity, please visit his page.’

Mr Lammy had been accused of spreading fake news on social media after sharing a four-year-old video back in 2019.

In the clip, filmed at the Conservative Party conference in Manchester in 2015, Boris Johnson was pelted by plastic balls by protesters and is ushered through a metal arch by uniformed police officers.

As 2019’s Tory Conference got underway in the city, the MP for Tottenham posted the footage with no reference to its age, tweeting: ‘Boris Johnson as popular as ever.’

Presenter Piers Morgan, who has clashed with Mr Lammy online previously, retweeted the post at the time to say: ‘That video is from 2015, so this is not only fake news, but also a very hypocritical way for a Labour MP to respond to a politician being attacked in this way.

‘If it was one of your colleagues, Mr Lammy, you’d go nuts.’

An hour after posting the Tweet Mr Lammy backed down and deleted the post but stopped short of apologising.

Speakers Corner did not elaborate on the nature of the speech or event Facebook paid for.