PHNOM PENH (Reuters) – Self-exiled Cambodian opposition party founder Sam Rainsy said on Wednesday he will return on Saturday to face arrest amid a crackdown at home on members of his banned party and Malaysia’s detention of two party activists trying to return. 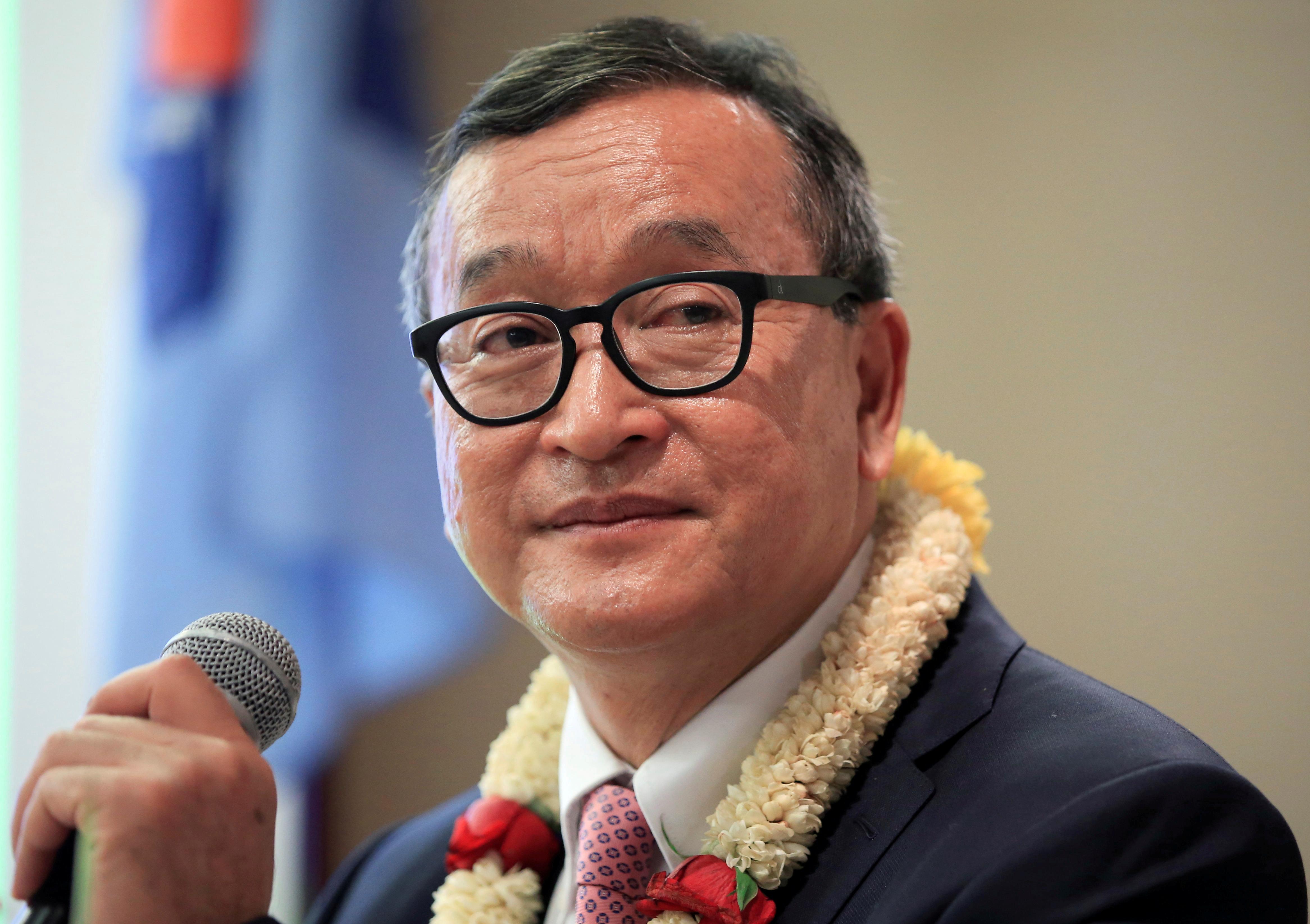 He has long vowed to return to Cambodia on Nov. 9, which is Cambodia’s independence day, to lead demonstrations against the one-party rule of longtime Prime Minister Hun Sen, who has vowed to arrest anyone supporting what he calls an attempted coup.

“I will depart from Paris on Thursday November 7. I will arrive in Bangkok on Friday November 8 to be ready to enter #Cambodia on Saturday November 9,” Rainsy tweeted along with a photo of his airline ticket.

Sam Rainsy has said he will cross into Cambodia via a land border, as Hun Sen has ordered flights into Phnom Penh not to allow him to board.

The former finance minister is also unlikely to be allowed to enter Thailand, which recently turned away the vice president of the banned Cambodia National Rescue Party when she flew into Bangkok’s main international airport.

Dozens of other opposition activists who fled fearing arrest have also vowed to return with Sam Rainsy.

On Monday, Malaysian authorities detained two Cambodian opposition activists while they were waiting to board a flight to Thailand. Malaysia withdrew an order to deport them to Cambodia after an appeal, a rights group said.

Sam Rainsy fled to France four years ago following a conviction for criminal defamation in which he was ordered to pay $1 million in compensation. He also faces a five-year prison sentence in a separate case.

He denies any wrongdoing and says the charges were politically motivated.

At least 48 opposition activists have been arrested this year and accused of plotting to overthrow the government.

The CNRP’s leader in Cambodia, Kem Sokha, was arrested in 2017 on treason charges and remains under house arrest.

Later the same year, the Supreme Court dissolved the CNRP, preventing it from fielding candidates in the 2018 election, in which Hun Sen’s party went on to win every seat in parliament.