(Reuters) – A slew of European nations this week joined the United States and other Western countries in recognizing opposition leader Juan Guaido as Venezuela’s legitimate head of state, heightening a global showdown over Nicolas Maduro’s rule. 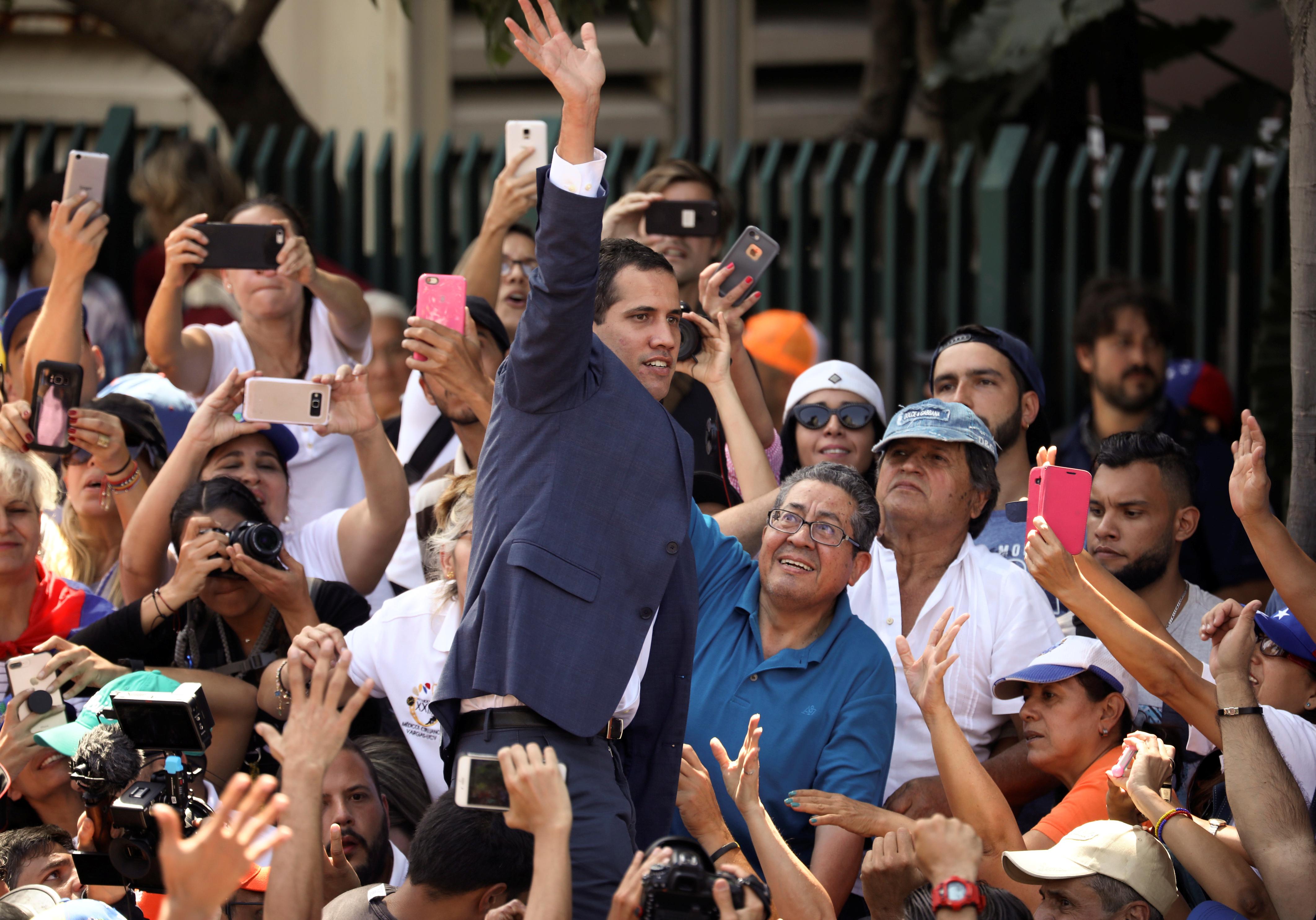 Guaido says the May 2018 vote in which Maduro won a second term was a sham and on Jan. 23 invoked a constitutional provision to declare himself president, promising free and fair elections.

The 35-year-old has since won the support of many western nations although powerful countries such as Russia, China and Turkey continue to back Maduro and denounce what they call foreign meddling in Venezuela’s domestic affairs.

Below is a summary of the support enjoyed by each leader.

– Russia and China, which are major investors in Venezuela’s oil industry and significant creditors to the indebted government, have stood by Maduro and criticized U.S. interference. The two blocked a push for the United Nations Security Council to back Guaido.

– Turkey has also backed Maduro in contrast with its NATO allies while Iran has accused the United States of seeking “world hegemony.”

– The Venezuelan Supreme Court, stacked with Maduro loyalists, has remained solidly behind the socialist leader, ruling last month that all actions taken by the congress – led by Guaido – are null and void.

– State oil company PDVSA, which accounts for most of Venezuela’s export earnings, stood by Maduro. PDVSA President and Oil Minister Manuel Quevedo, a career military officer, said on Jan. 31 that Guaido was “a puppet” of the United States.

– A few left-leaning governments in the region, including Cuba, Bolivia and Nicaragua, continue to back Maduro. Mexico, where leftist Andres Manuel Lopez Obrador took office last year, has dropped the previous government’s opposition to Maduro and said it will follow a policy of non-intervention.

– Both Mexico and Uruguay have called for dialogue between Venezuela’s government and opposition for a resolution to the South American country’s political crisis.

– The United States recognized Guaido shortly after he proclaimed himself president, saying it would use its “economic and diplomatic power” to restore democracy in Venezuela.

– Britain, Germany, France and Spain and more than a dozen other members of the European Union recognized Guaido in a coordinated action on Feb. 4 following the expiration of an ultimatum they gave for Maduro to call a new presidential election.

– There are some signs that support for the opposition is expanding beyond its traditional middle- and upper-class areas. Several protests against Maduro broke out in working-class neighborhoods last month, while many former Chavez and Maduro supporters have come out to opposition marches in the last 10 days.

– Some low-ranking military officers have expressed discontent with the government. The government on Jan. 21 said it suppressed a military revolt after a group of officers stole weapons, kidnapped officers, and demanded Maduro’s removal.

– Air Force General Francisco Yanez became the first active general to openly recognize Guaido in a video that circulated on Feb. 2, although skeptics note Maduro had inflated the ranks of generals to as many as 2,000 during his rule.

– Yanez’s defection came after that of Venezuela’s top military envoy to the United States a week earlier.