Mother’s tears as she watches fairground couple found GUILTY of the negligent manslaughter of her daughter, seven, who was blown 300 yards and killed in bouncy castle 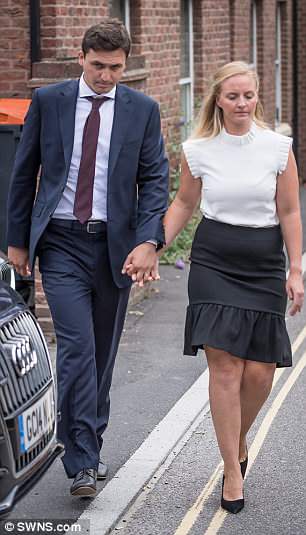 William Thurston, 29, and his wife Shelby Thurston, 26, have been convicted of manslaughter by gross negligence following the death of a child on their bouncy castle

Two fairground workers have been found guilty of gross negligence manslaughter after a seven-year-old died when a bouncy castle blew away in the wind.

The mother of schoolgirl Summer Grant wiped away tears today as married couple William and Shelby Thurston were convicted by majority verdict over her daughter’s death.

Summer was inside the Circus SuperDome at a fair in Harlow, Essex in March 2016 when a strong gust of wind ripped it from the ground.

Witnesses watched helplessly as the castle blew 50ft into the air before hitting a fence at the edge of a petting zoo.

Summer was found inside and rushed to a nearby hospital. But she was tragically declared dead a short time later.

An investigation revealed the Thurstons ignored a yellow weather warning and failed to ensure the inflatable was properly anchored to the ground as winds hit highs of 40mph.

William, 29, and his 26-year-old wife were convicted of manslaughter by gross negligence today after a trial at Chelmsford Crown Court.

Summer’s devastated family remained silent in the public gallery when the verdicts were read out. Her mother, Cara Blackie, had to leave the courtroom before the end of the hearing. 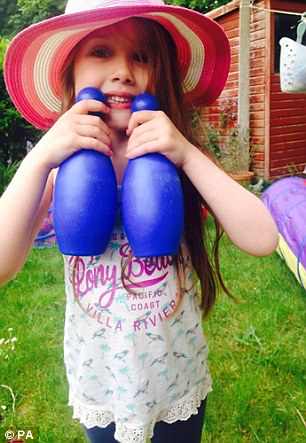 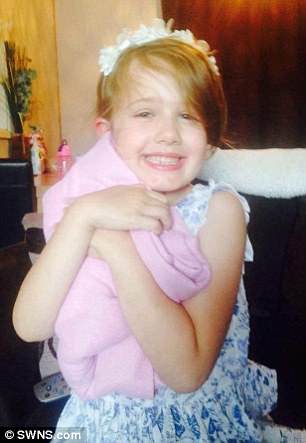 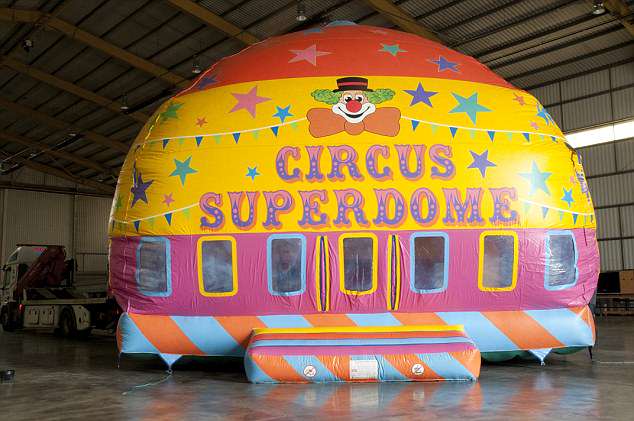 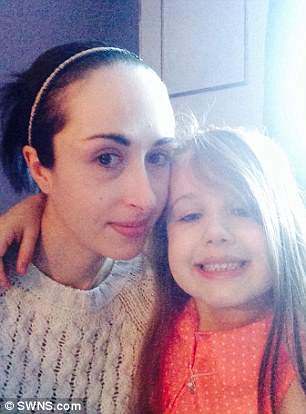 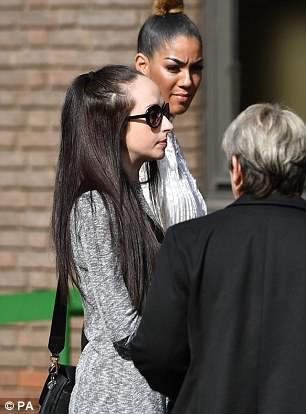 Summer’s mother Cara Blackie (left, with her daughter and, right, outside court) appeared tearful as the verdicts were returned

Judge Mr Justice Neil Garnham told the Thurstons they could be jailed when they are sentenced next month.

He said: ‘Let me make this crystal clear – all options are open. I shall be seriously considering imprisonment.’

Summer’s family gave evidence at the trial. Her father Lee relived the moment he realised his daughter was inside the bouncy castle.

He told the jury: ‘I just heard my mother scream and I looked over and the bouncy castle within seconds had blown away and I remember shouting “My daughter is on that bouncy castle”.

‘I just saw some cable fly over or some rope that held it down. I just remember it bounced into some sort of caravan or something, bounced into the corner of a caravan, and carried on going down the field.’

‘It went about 30 to 50 foot into the air – it was rolling down the field, just rolling and rolling.’ 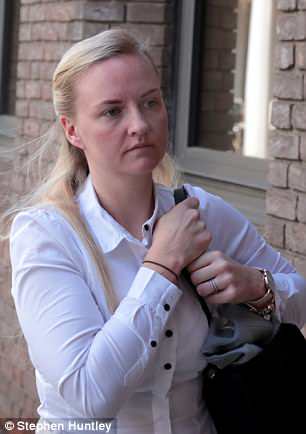 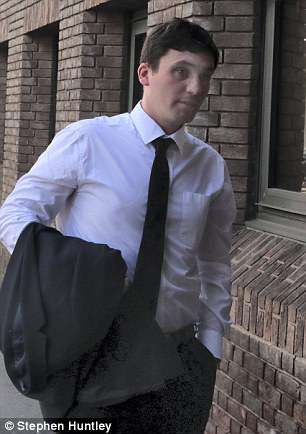 Shelby Thurston showed little reaction as the verdicts were read. Her husband William (right) looked to his wife, then to his family, who were in the public gallery 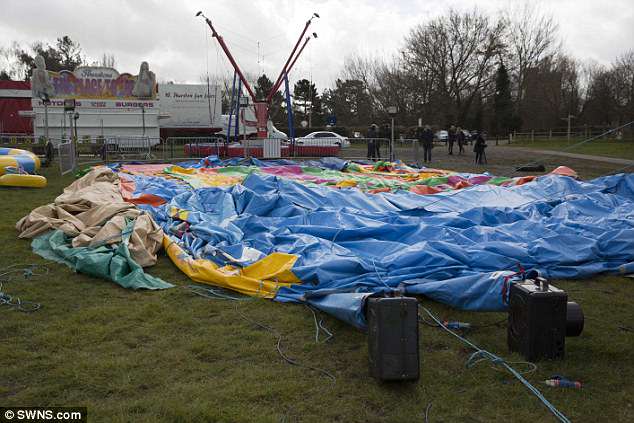 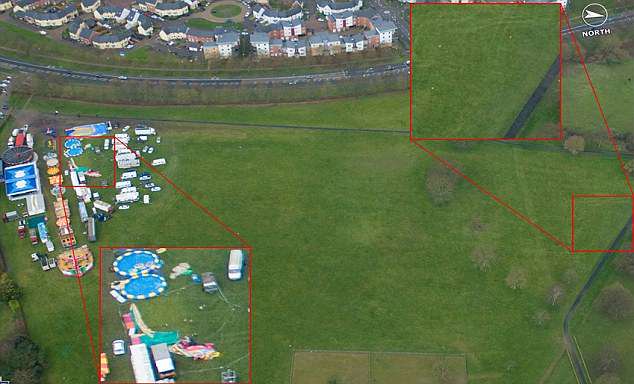 Mr Thurston described the incident as the ‘worst thing I’ve ever seen’.

He added: ‘I do feel a sense of responsibility, yes… the simple fact is we could have taken the bouncy castle down sooner. Obviously now I wish we had.’

Prosecutor Tracy Ayling QC told the jury: ‘It’s the crown’s case that William and Shelby Thurston, breached the duty of care they owed to Summer Grant by failing to ensure that the bouncy castle, called a Circus Superdome inflatable, was adequately anchored to the ground and by failing to monitor weather conditions to ensure it was safe to use.’ 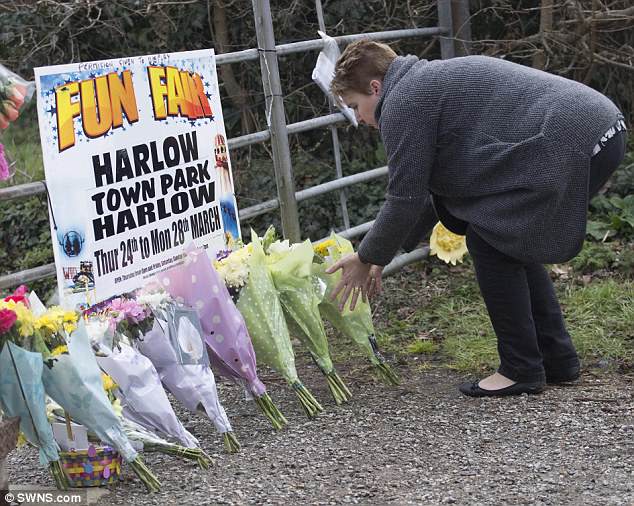 Speaking after the guilty verdicts, Nicola Rutter from the Crown Prosecution Service said: ‘William and Shelby Thurston failed to ensure that the bouncy castle was adequately anchored to the ground and failed to monitor the weather conditions to ensure that it was safe to have it in use.

‘They denied their actions were negligent but the CPS and the police built a strong case, together with assistance from the Health and Safety Executive, and demonstrated to the jury that the Thurstons had breached their duty of care to Summer.’

‘Our thoughts are with Summer’s family and friends.’ 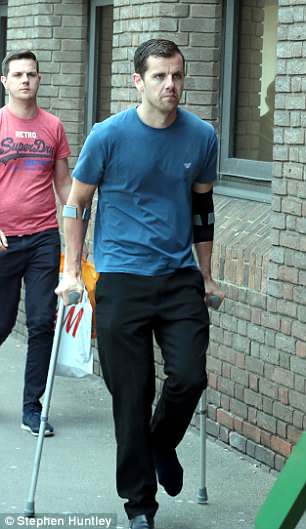 Detective Chief Inspector Daniel Stoten, of the Kent and Essex Serious Crime Directorate, said: ‘Summer Grant was a seven-year-old girl who lost her life in the most tragic of circumstances.

‘The Thurstons held a huge responsibility to ensure the safety of the children that used their rides. They treated this responsibility with total disregard, putting profit before safety.

‘I welcome the convictions in this case, however this is a tragedy for everyone involved.’

DCI Stoten added: ‘Summer Grant was a beautiful little girl with a beaming smile and a caring nature. She will never be forgotten.

‘Summer’s parents Cara and Lee, her sister Lily and her wider family have suffered an unspeakable loss.

‘They have displayed utter dignity throughout the last two years and during the court process. They have my complete respect for the strength and courage they have shown.’ 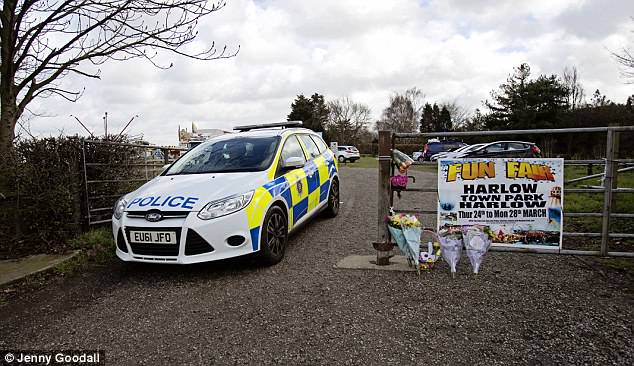 Summer was on a family outing to the fair. Police at the scene of the incident on the day 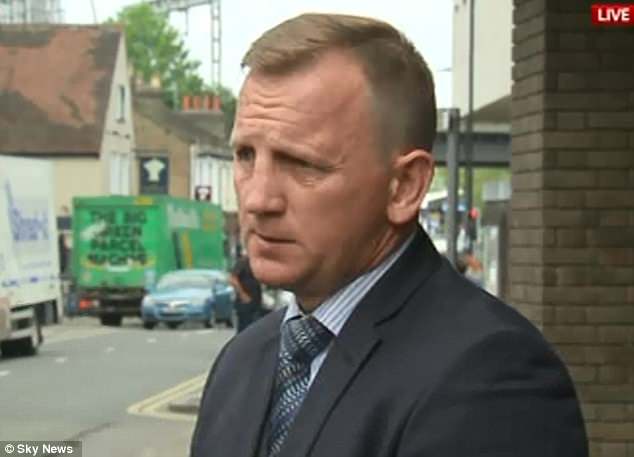